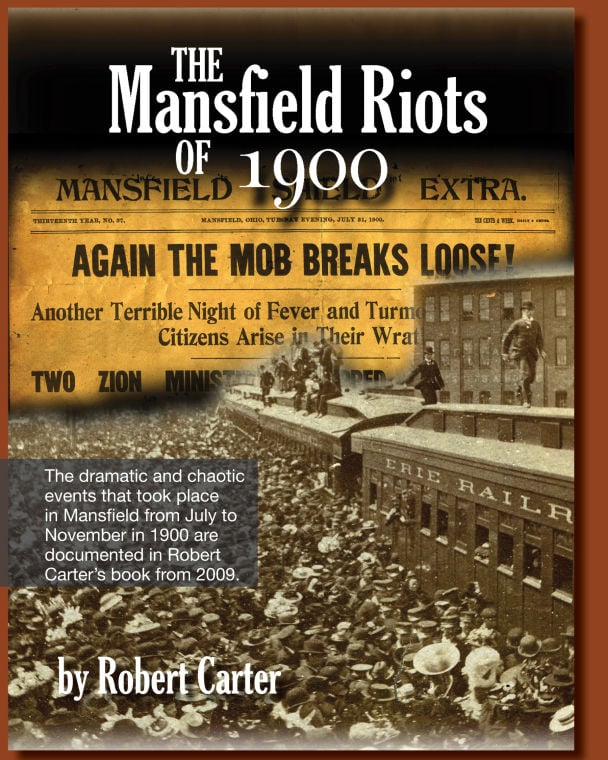 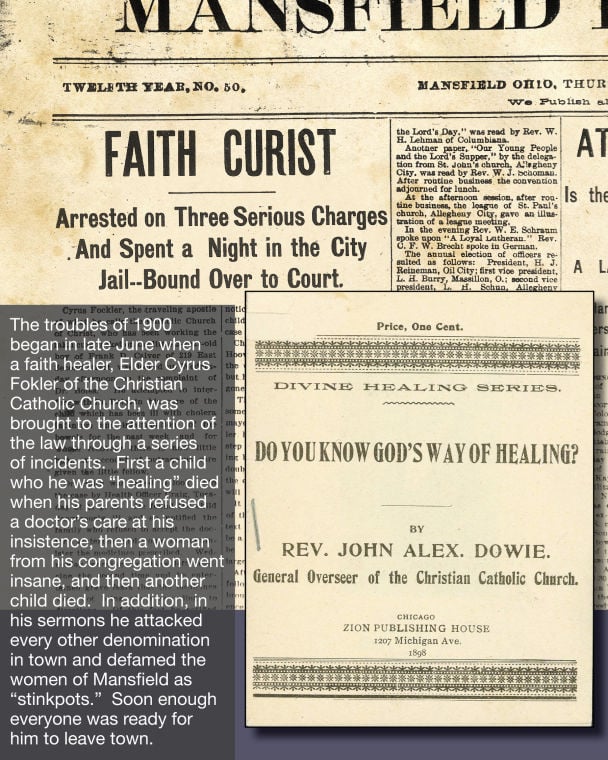 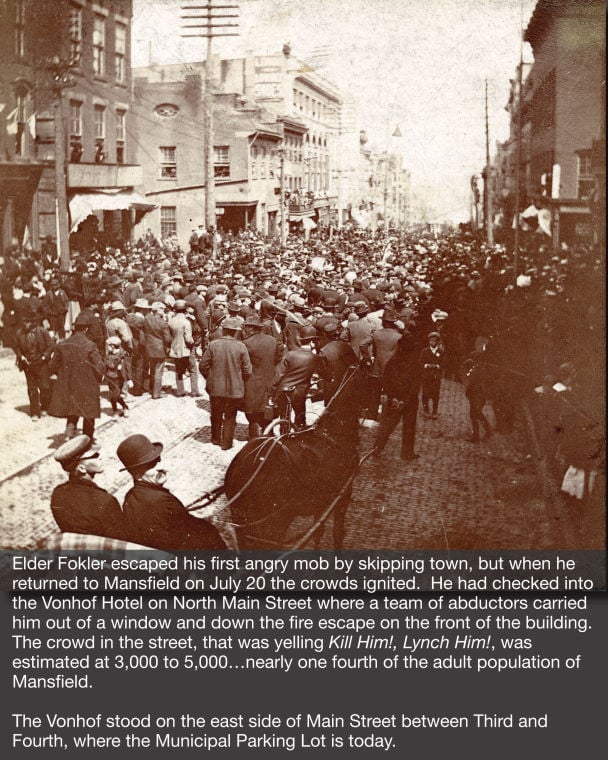 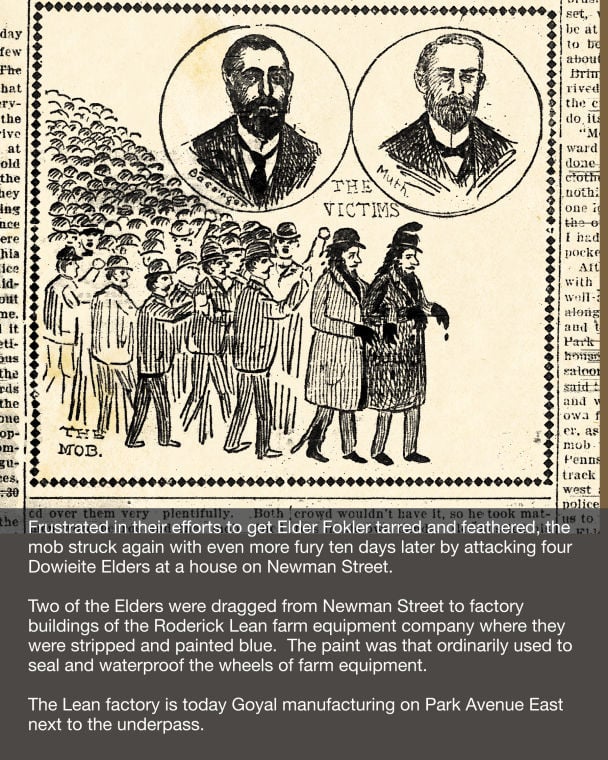 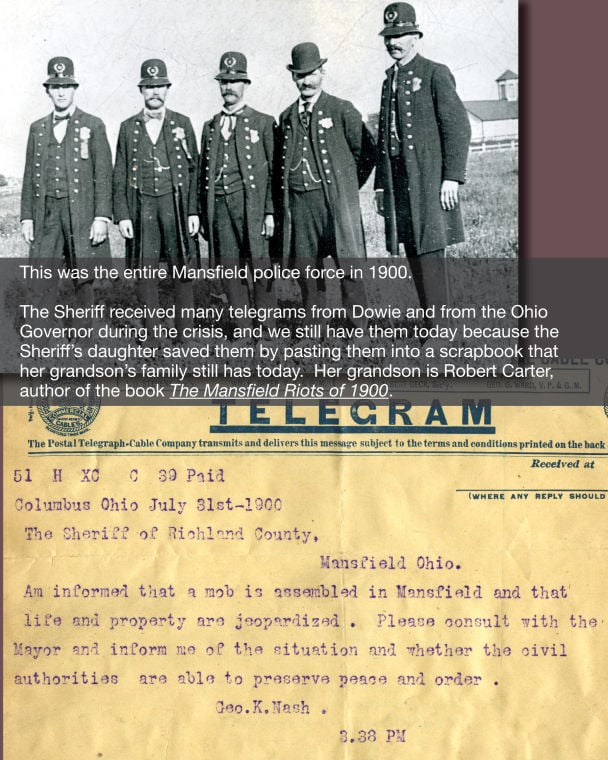 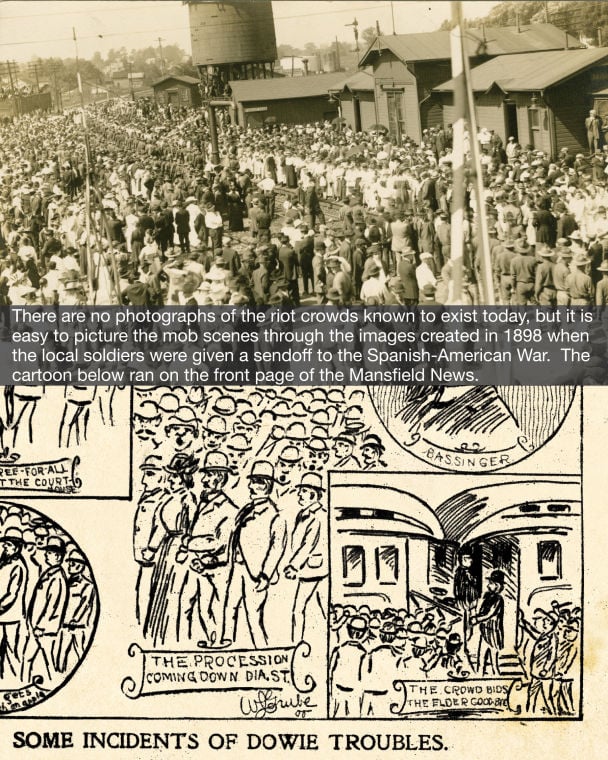 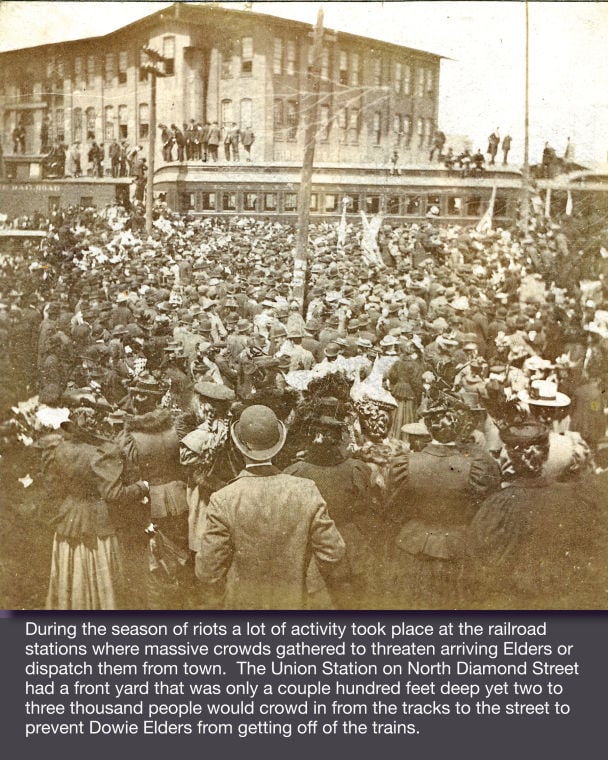 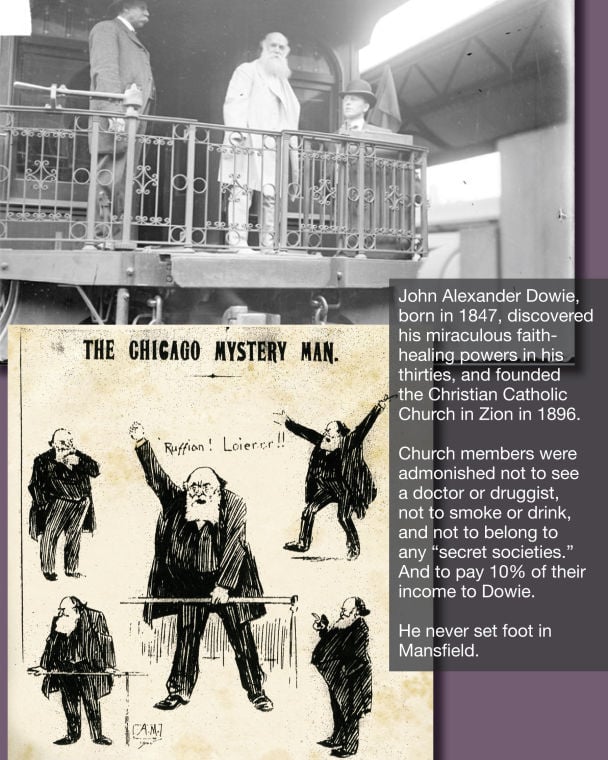 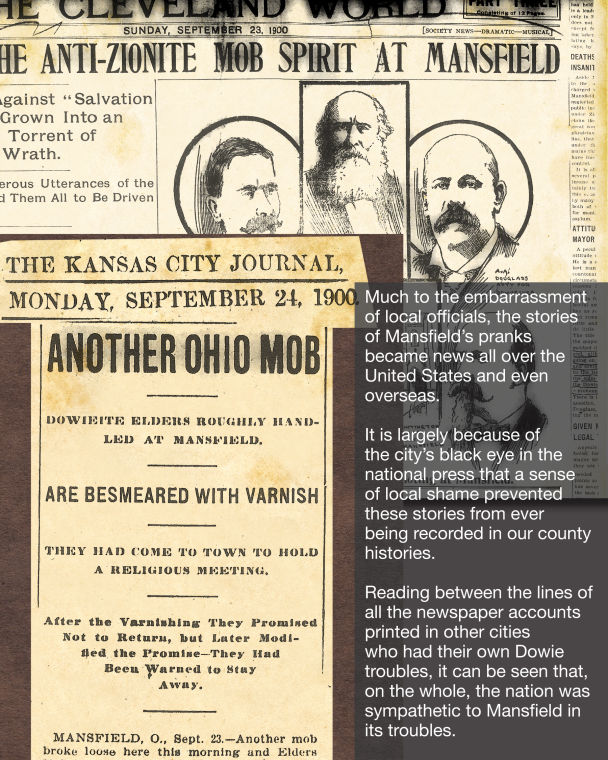 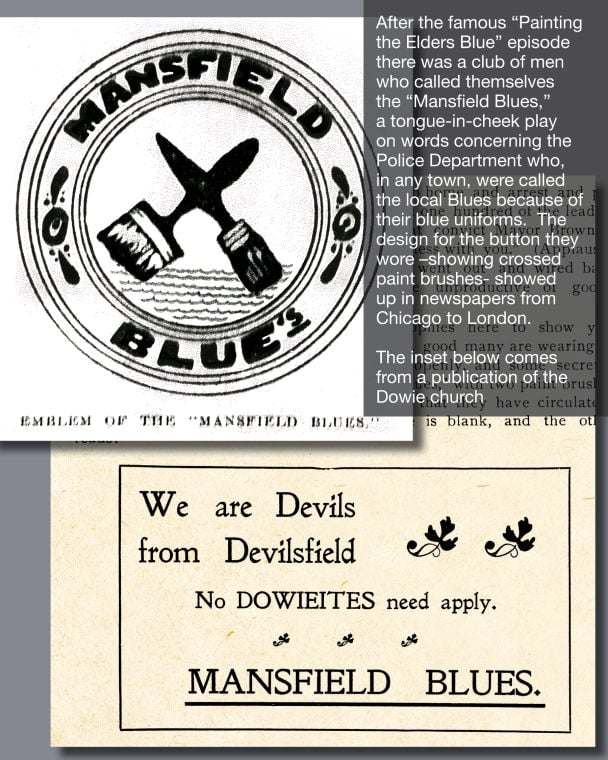 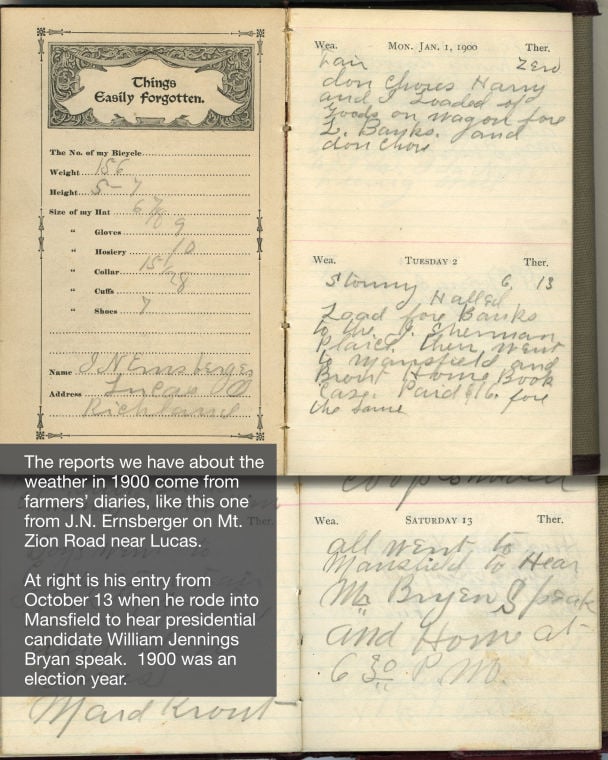 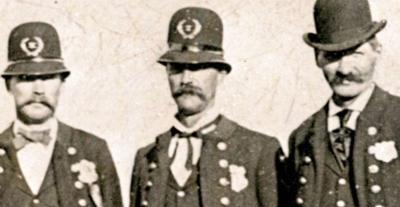 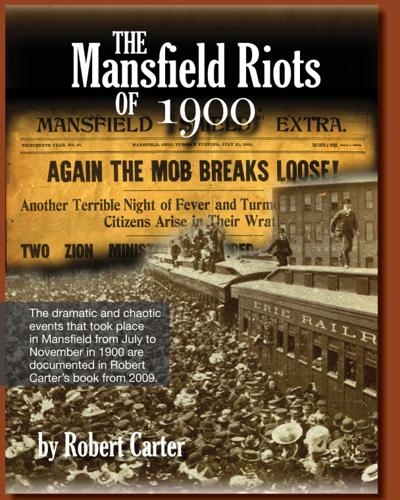 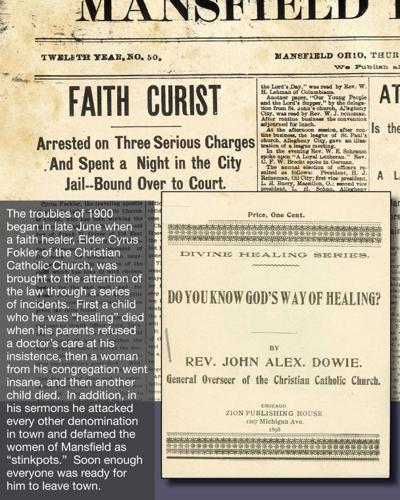 EDITOR'S NOTE: This story was previously published in 2013.

The expression they used back then was ‘hot under the collar,’ and it meant somebody was really angry. But it was also 90 degrees in the shade at the end of the summer of 1900, when the mild-mannered folks of Mansfield rose up in a series of crazy mob scenes. So you can’t help but wonder if the two of these factors — the anger and the thermometer — weren’t related.

When Shakespeare opened his Romeo & Juliet with a brawling riot, he was quick to explain that it was, at least in part, due to the summer heat in Verona:

The day is hot, the Capulates abroad,

And, if we meet, we shall not escape a brawl;

For now these hot days is the mad blood stirring.”

In recent studies at the University of California, Berkeley, historians, economists and anthropologists have discovered a direct correlation between the violence in societies and the rising heat of their surrounding climates.

It certainly makes sense, and new evidence in Richland County documentation suggests that the peaks of riotous activities in the summer of 1900 neatly follow the peaks of heat and humidity.

The whole story of Mansfield’s season of riots is documented fully and beautifully in a 2009 book by Bob Carter titled, "The Mansfield Riots of 1900." The book clearly details all of the events during that tumultuous upheaval in photos, documents, and his characteristic ‘light touch and knowing humor,’ so the reader who wants all the blow-by-blow should not miss it.

The substance of the action, boiled down to a paragraph, is this:

After the death of a child from a faith-healing gone wrong, there was bad blood in town, and the Elders of a curious new cult-like sect, known locally as Dowieites, were no longer welcome in Mansfield. Throughout the months of July to October the body politic of the city experienced an escalating sequence of feverous and sometimes ferocious convulsions in an attempt to throw off the ill will.

The plot includes about a dozen full-blown mob scenes with crowds ranging from 200 to 5,000, yelling and marching through the streets, manhandling the Dowie Elders — dipped in tar or blue paint — and a few unruly acts of sticks and stones and broken homes.

The city’s activities were widely publicized in regional, national and international newspapers, so as the brouhaha went on week after week, it actually became something of a spectator sport, with farmers and their families from surrounding towns and townships riding in every weekend to watch the riots.

In the light of all the attention, Mansfield did not come off well. The events here provided the leader of the besieged church, John Alexander Dowie, a nationwide pulpit from which to announce his indignant dismay, and he was quick to brand the city DEVILSFIELD both here and abroad. The Governor of Ohio was compelled — more than once — to put the National Guard on standby in order to keep the lid tamped on Mansfield in case it completely erupted.

It was quite a far cry from the sweet little town where Johnny Appleseed roamed in barefoot serenity, and where Conductors of the Underground Railroad risked their necks to bring tolerance into the state. So what can account for all the crazy demonstrations of intolerance?

In the summer of 1900 there were 23 churches in Mansfield, very nearly all of them regular Midwestern mainstream denominations that you might find in any town in Ohio. Clustered mainly around downtown — as was the whole city then — their steeples and bell towers, made of oak and stone, rose all in proximity above the city’s businesses so that coming up toward the Square from the railroad station there was visible, from any one corner, as many as eight churches in the skyline to give solid evidence of Mansfield’s higher aspirations.

Most of the riots took place on Sundays, principally because the anger evolved in response to the Dowie Elders being in town to preach Sunday services, and revolved around activities to toss out the Elders.

There is clear documentation that the primary subject of sermons delivered in churches all over downtown during the season of riots focused on a proper Christian response to mob law, in efforts to quell the riotous temperament. Yet several of the mob scenes had to wait until church let out, and the angry vocal crowd was, in part, composed of men and women in Sunday go-to-church clothes who, just minutes before, had been singing hymns in the choir loft.

The city’s mayor and law enforcement officers repeatedly appealed for order, not only shouting to the crowds but also in carefully worded proclamations published in all the local newspapers. By the hard evidence left behind in print, there was sufficient cool-headed, logical and legal temperament at work in the city to de-fuse any emotional rampage. So, what is the element missing in the story that could suggest an irrational trigger to the good folks’ rage?

Curiously enough, in a county that had it’s history well and thoroughly published in substantial volumes complete with illustrations, there is almost no mention of what took place in 1900. The historians at the time were not making any attempt to explain the city’s behavior, or to even record it … they were simply pretending it never happened.

In subsequent years, historians never took into account the effects of July and August heat in the recounting of 1900 quite simply because the information was not available. There was certainly nothing like weather forecasting back then, and newspapers at the time only ever mentioned the weather at all when it was news, ie: causing damage.

Fortunately for us, today looking back on the summer of 1900, we live in a prosperous agricultural culture where there were farmers nearby whose habit it was to keep daily diaries of their farm labors, the price of produce, and the weather.

Because of J.N. Ernsberger of Mt. Zion Road, and C. Mowry of Washington Township, who both left farm records, we now know what the daily highs were in 1900, exactly when it rained, and, by inference, what the humidity may have been.

This is what the record shows:

The Sunday and Monday of July 8 and 9, when the first mob scenes generated, were preceded by six consecutive days of 90- to 94-degree temperatures, with rainfall on July 7, 8 and 9 to steam up the city with high humidity.

The biggest riot was on Saturday, July 21, involving a rampaging mob of 5,000 yelling, pushing, clothes-rending, tar-and-feather-bent citizens.  In the seven days preceding this event the temperature ranged from 88 to 96 degrees.

On Sunday, Aug. 5, when 2,000 folks fresh from Sunday services crowded around the railroad station to scream at the incoming trains, the temperature spiked at 98 degrees after eight days of 88- to 95-degree weather.

There are photographs from the summer of 1900, not taken at the riots but at comparable scenes of crowd gatherings. In the pictures men are dressed in suits — coat and vest and tie — under derby hats. The women wear layered dresses that cover them from wrist to ankle under broad-brimmed fancy hats.

It was 98 degrees out and these folks wore layers of clothes. It may not excuse their behavior, but it certainly explains it.