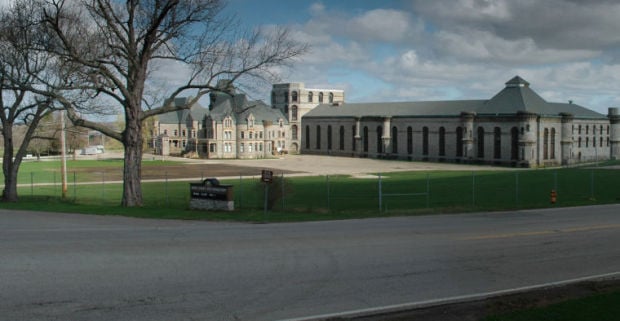 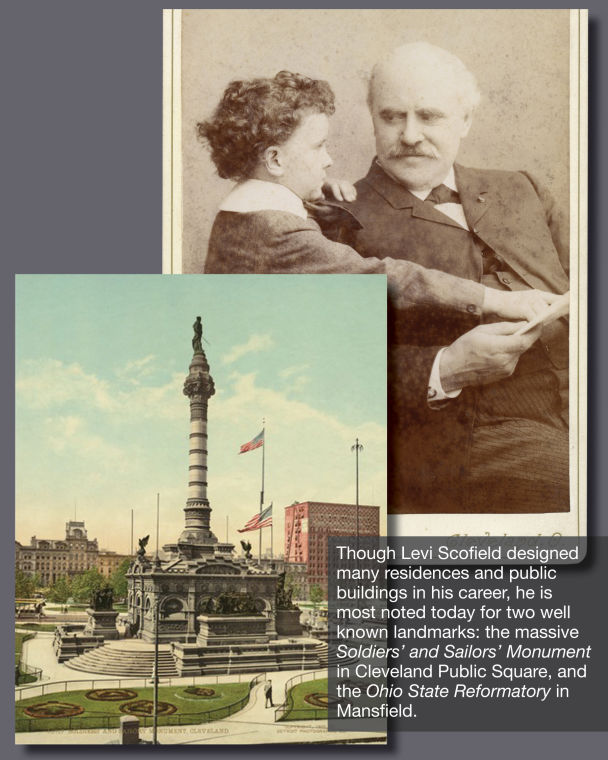 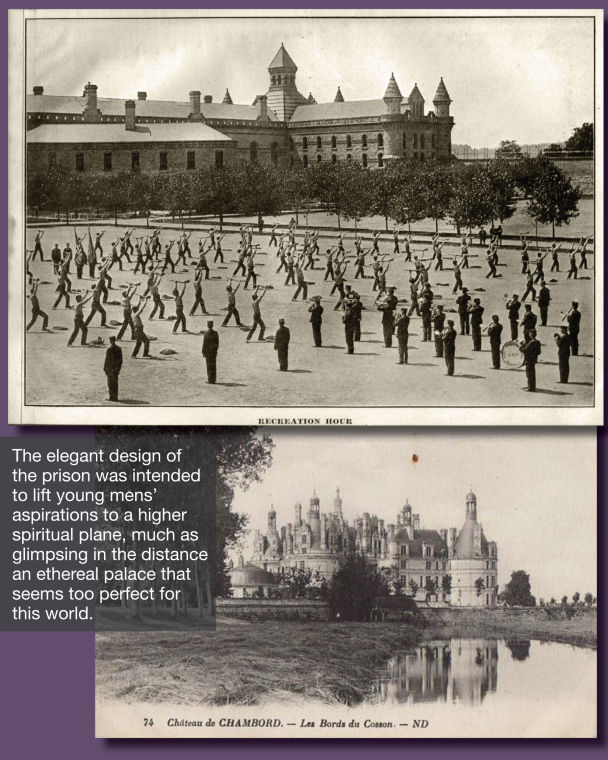 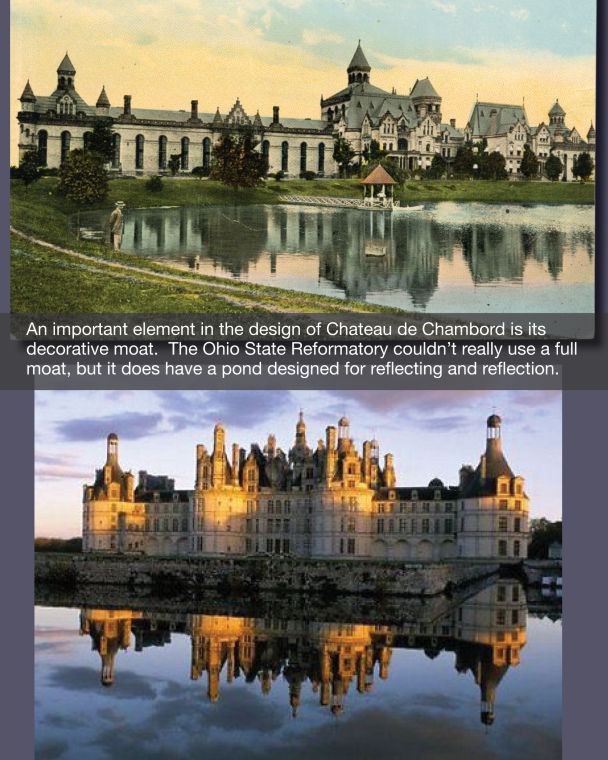 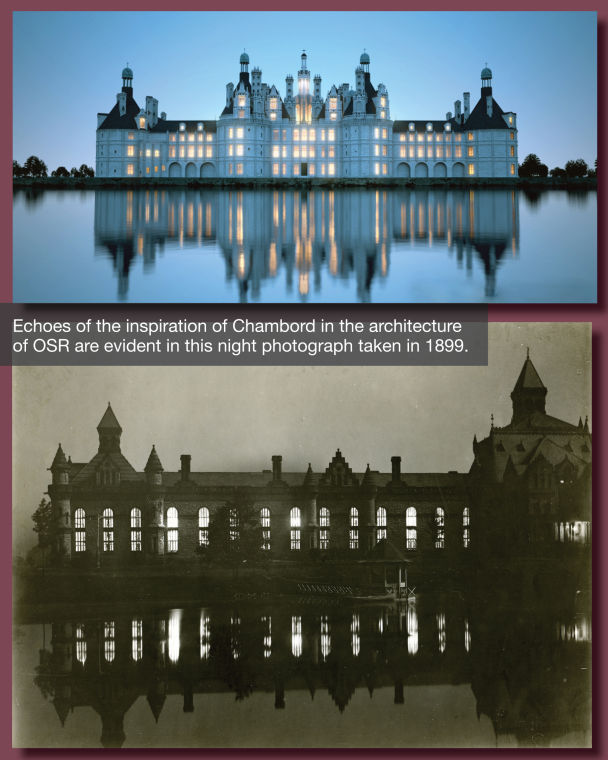 illustration 4 for Native Son: The Genius of Design Behind OSR 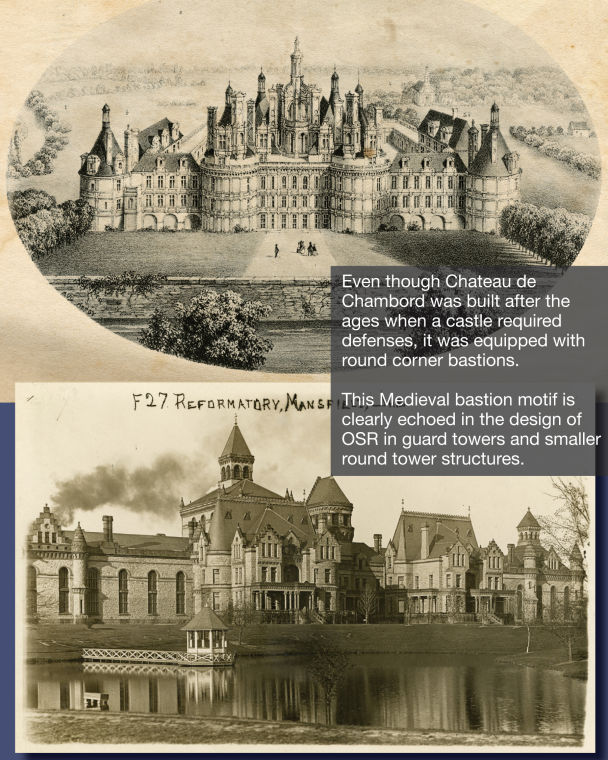 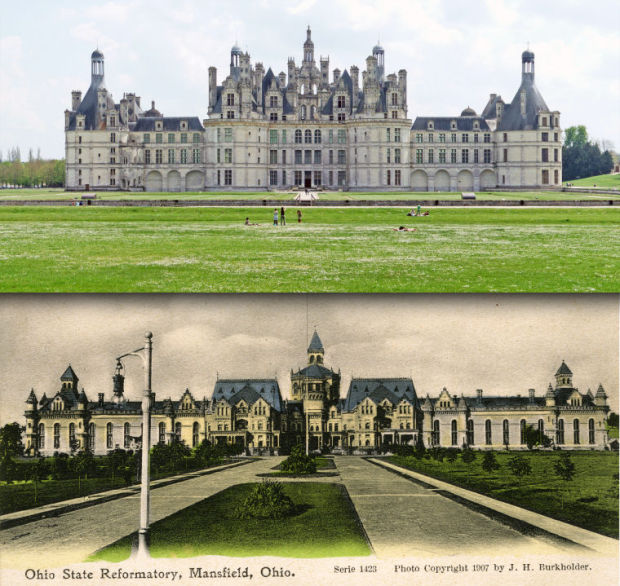 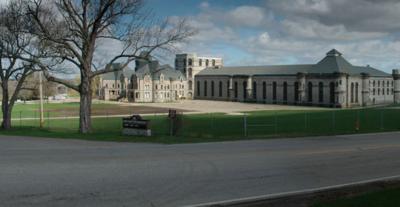 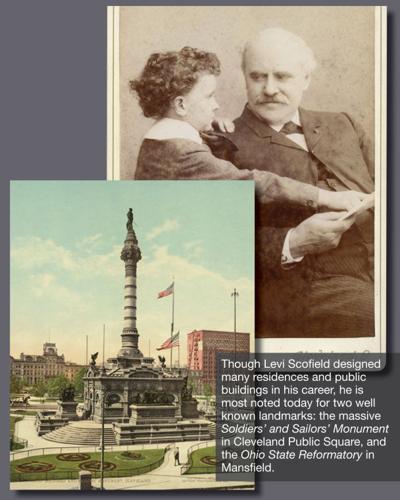 illustration 4 for Native Son: The Genius of Design Behind OSR

There is a certain kind of genius behind the design of the historic Ohio State Reformatory (OSR). That sounds like an idle statement, but it’s really not because if you research the architecture of the old castle, and search beyond the architect into the distant past, you will find a bona fide genius behind it all.

The design of OSR was the inspiration of one man: Levi Scofield, who was an architect from Cleveland. Though there are other buildings of his still in existence, he is best remembered today for the massive Soldiers and Sailor’s Monument in Cleveland Public Square.

He was chosen for the task of creating a design for the new penal institute in Mansfield because he embraced the visionary philosophy that inspired the place. It was to be an experimental new prison with a specific intention: to keep young convicts away from old convicts who might school them in the ways of crime.

It was called an Intermediate Penitentiary — like a halfway house — where young minds would have the opportunity to re-form in healthy surroundings.

It was Scofield’s conviction that inmates of the Intermediate Penitentiary could have their aspirations lifted to a higher spiritual plane by living in sublime surroundings that were charged with culture, refinement and ancient tradition.

To this end his design was based on a historic 16th Century castle in France — the Chateau de Chambord — whose turrets and spires echo back to a civilized age of high ideals and chivalry in order to inspire the young men of OSR to a renaissance of their character and an uplifted code of ethics.

The OSR plan is known to be a compilation of architectural elements from several different castles and palaces, but it's easy to see that with a little stretching, cutting, cloning and unfolding like a Transformer, it wouldn't take all that much imagination to turn the French Chambord into the Mansfield Reformatory.

Though the Chateau de Chambord stands in the middle of France, its design from the 1520's is clearly influenced by the Italian Renaissance and, in fact, the famous castle is reputed to have been designed by no less a genius than Leonardo Da Vinci.

So when you lift your eyes to admire the architecture of OSR today, your awe has its origins back in the inspiration of one of the greatest minds of history.

Hall of Fame hero makes a short stop in Mansfield

Today it is hard to imagine that Mansfield was once such a vibrant baseball town, and that there were once generations on end when the America…