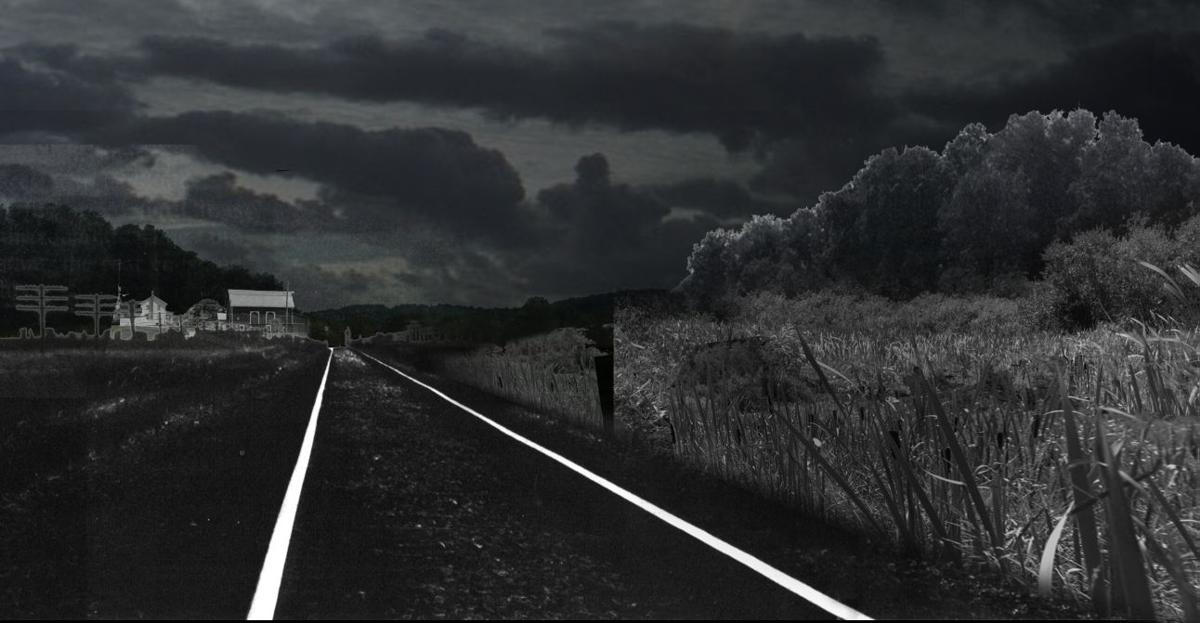 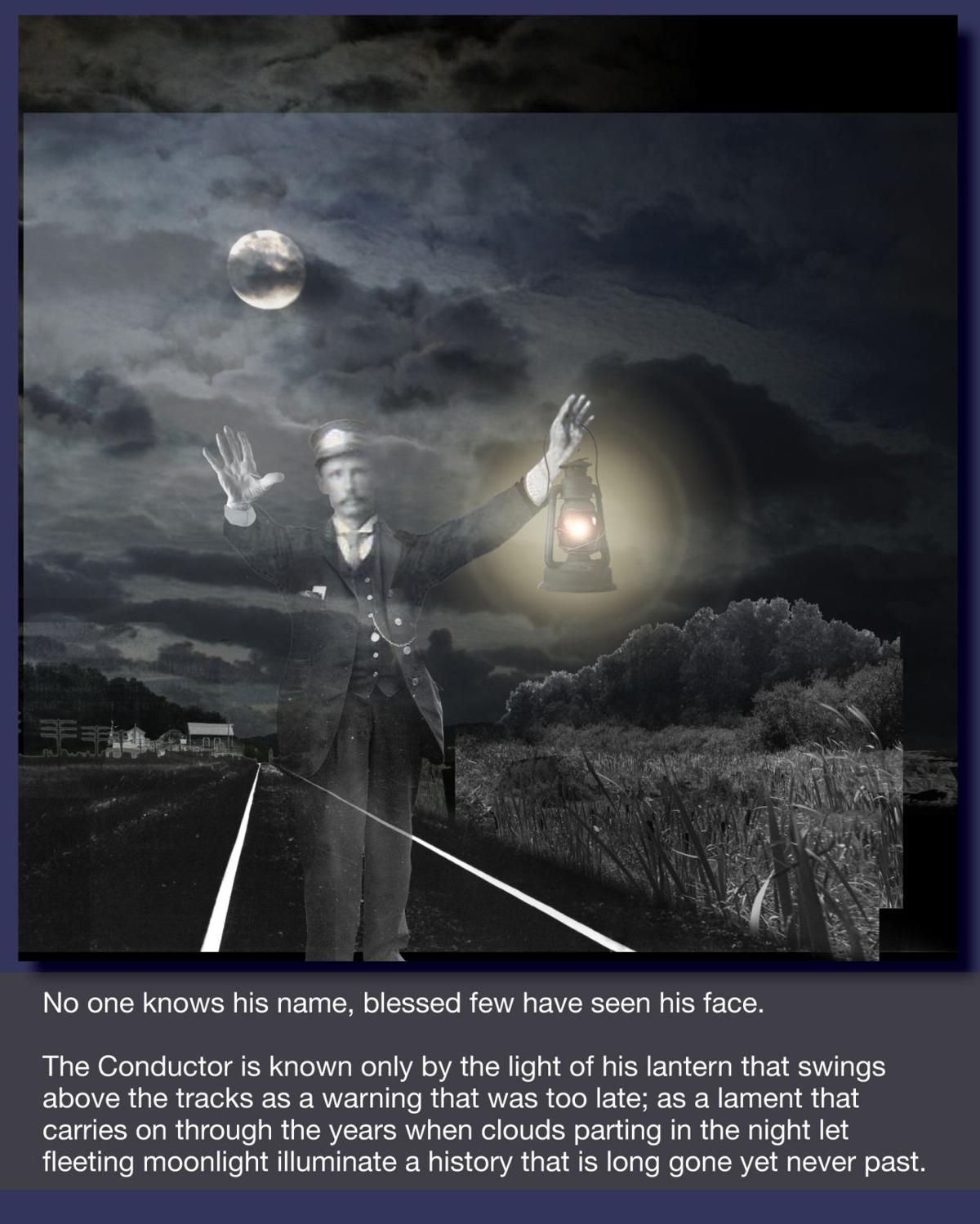 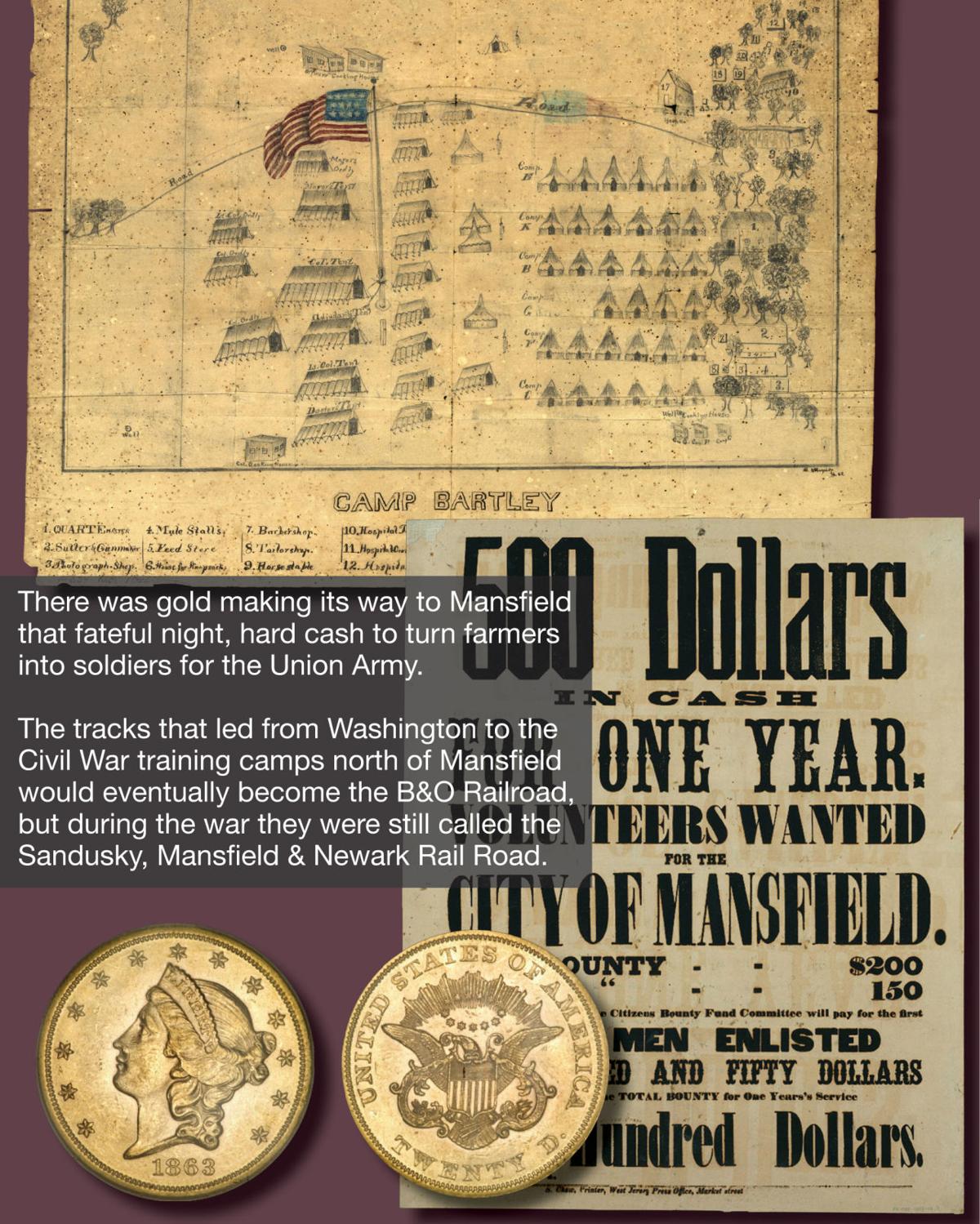 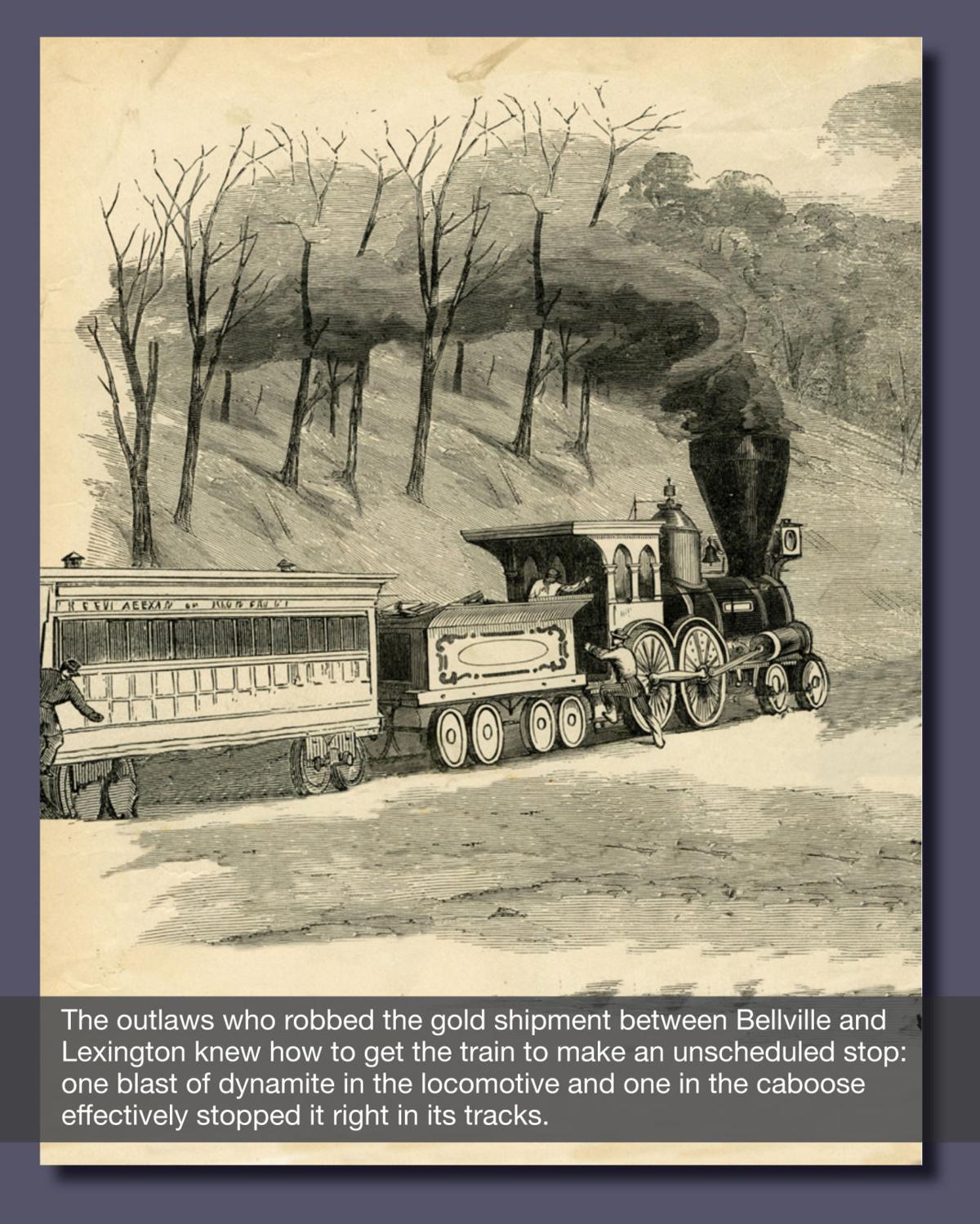 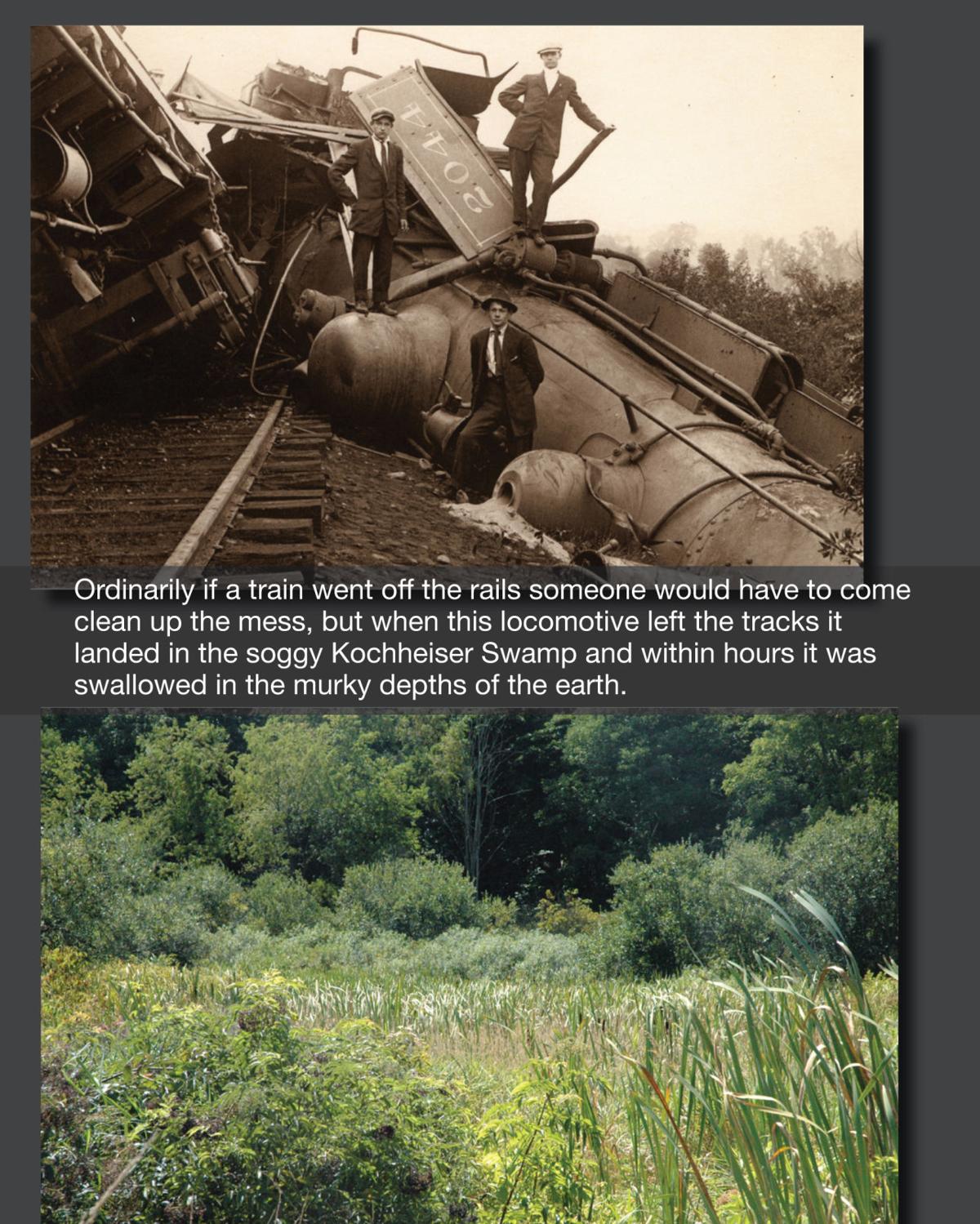 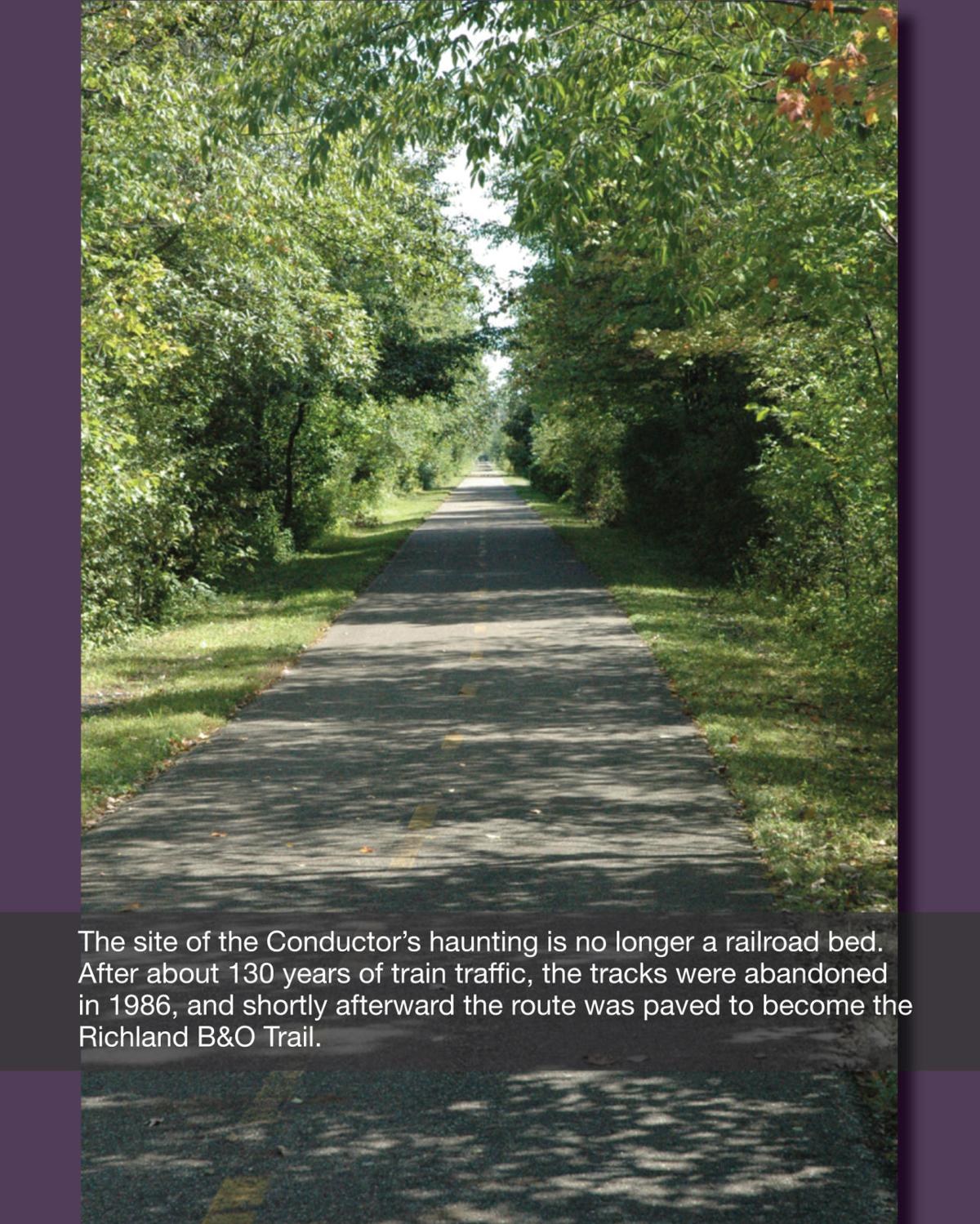 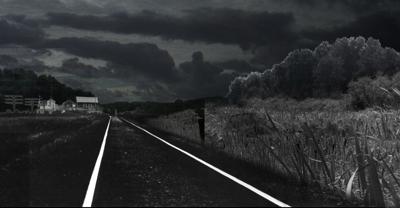 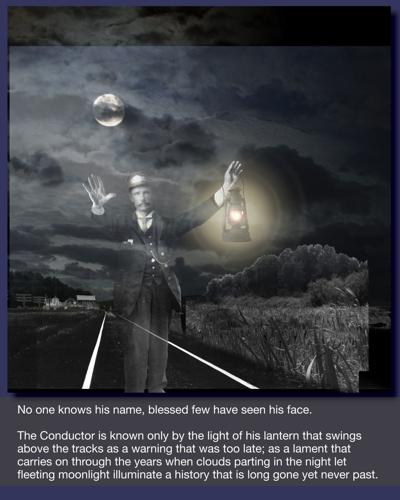 EDITOR'S NOTE: This story was originally published by Richland Source in 2014.

This story was told to me when I was 13 years old by a very old woman shortly before she left this world. O

n different occasions since then I have tried to corroborate the facts of her tale through newspaper documentation but oddly the records from the time of the event are all unaccountably missing from newspaper archives of bound volumes and microfilm collections of all the libraries from Richland County to the Library of Congress.

The only true corroboration of Nell Shafer’s ghost story is the ghost himself, whose desperate moonlit signals are seen every autumn not far from the house where she lived for so many decades.

Long ago when I was a Scout, our troop camped on a hillside farm south of Lexington along the Clear Fork River valley, and it was long enough ago that we could hear the cries of trains echoing through the evening and late at night, and see the B&O tracks from high above where we built our campfires.

Down in the valley, beside the road and across the swamp from the B&O tracks, was the weathered old farmhouse where Nelly had spent most of her life. We were scared to go anywhere near her because she was so old and supposedly eerie, but we had to sneak past her house to reach the path through the swamp that led to the railroad tracks.

Our camp was only a couple miles from a highway truck stop, where we could get all the foods we were supposed to not be packing into the wilderness.  Naturally, it was where we went on every campout as soon as everyone in camp went to sleep.

One night—well after midnight—we were making our way back to the farm from the 24-hour oasis of cupcakes, when we reached the place where the tracks cross Kochheiser Road, about a half-mile from the old farmhouse.  The few of us stopped and hushed because we saw a strange light ahead of us on the tracks.

It wasn’t a flashlight but it was bright enough to be quite obvious in the night, and it was swinging in a wide arc back and forth like a signal.  We immediately assumed we had been caught in the act of sneaking out by out Scoutmaster, and he was waving us in; or some fellow Scout, knowing we would be trapped, was warning us off.  In any event, it was sufficiently alarming enough to send us sprinting down the dirt road to sneak back into camp by a circuitous route sticking to the shadows cast by the moon.

The campsite was quiet and peaceful when we got there, and the following morning it was clear by the words and actions of our fellows and our leaders that no one had even suspected we had been out the night before.

You have to understand that at that time—in the 1960s—the farm, the tracks, and the farmhouse were out in the middle of nowhere. Today there are houses along that road and urban sprawl has populated the valley with multitudes of people, but back then there was no one within miles who could have been swinging that light other than Scouts or Mrs. Shafer.

As unlikely as it seemed, we concluded—half jokingly—that old Nelly was the one out on the tracks that Saturday night.

It was only the very next day when I met Mrs. Shafer. Some of us were poking around the river and I wandered up near the road to explore an old ruined barn foundation to look for relics. I was so absorbed in my search that she walked up right behind me without a sound. My surprise at seeing her was matched only by the amazement I experienced when—in contradiction of everything I had been led to expect of her by tales of scary witches and such—she was clearly a sweet old, very friendly soul.

So disarming was she, in fact, that I soon laughingly told her about our wild imaginings of her, and about how we had cast her in the role of the midnight swinger of light on the tracks. As soon as I mentioned the light her whole attitude and demeanor stiffened. She asked pointed questions and wanted specifics of time and locations.

Then she told me the history of the Conductor.

It happened during the Civil War when there were two military training camps north of Mansfield. Mr. Lincoln was desperate for soldiers at the time, so he offered considerable bounty to anyone who would enlist. It was an attractive offer: $200 payable in cold, hard gold specie.

The gold shipment came from Washington, and it traveled up these very tracks from the south. Whoever it was who robbed the train knew just exactly how to get the engineer to make an unscheduled stop: with dynamite. One charge under the locomotive, and one under the caboose, effectively stopped the train.

In an ordinary train wreck the locomotive would roll off the tracks and someone would have to come clean up the mess, but this explosion took place right in the middle of the great Kochheiser Swamp so that when the engine left the road bed the tons of iron slowly sank into the soft Richland County mire and disappeared forever.

The caboose, however, was made of oak and pine, and it shattered into a thousand screaming splinters that carried the Conductor off to glory… except that he didn’t leave.

He was known to be a conscientious man, and the train was entrusted to him. There was a moment during the crime when he suddenly realized what was happening, and he raised his lantern to signal the engineer. His life ended in a flash.

To this day no one knows what became of the gold—if the train robbers got away with it, or if it was blown into the Kochheiser swamp with the caboose.

But there are folks who will swear that they have seen, of a moonlit night, a man in a coat with shiny buttons pacing these tracks and swinging a lantern, searching the dark for a time long lost.