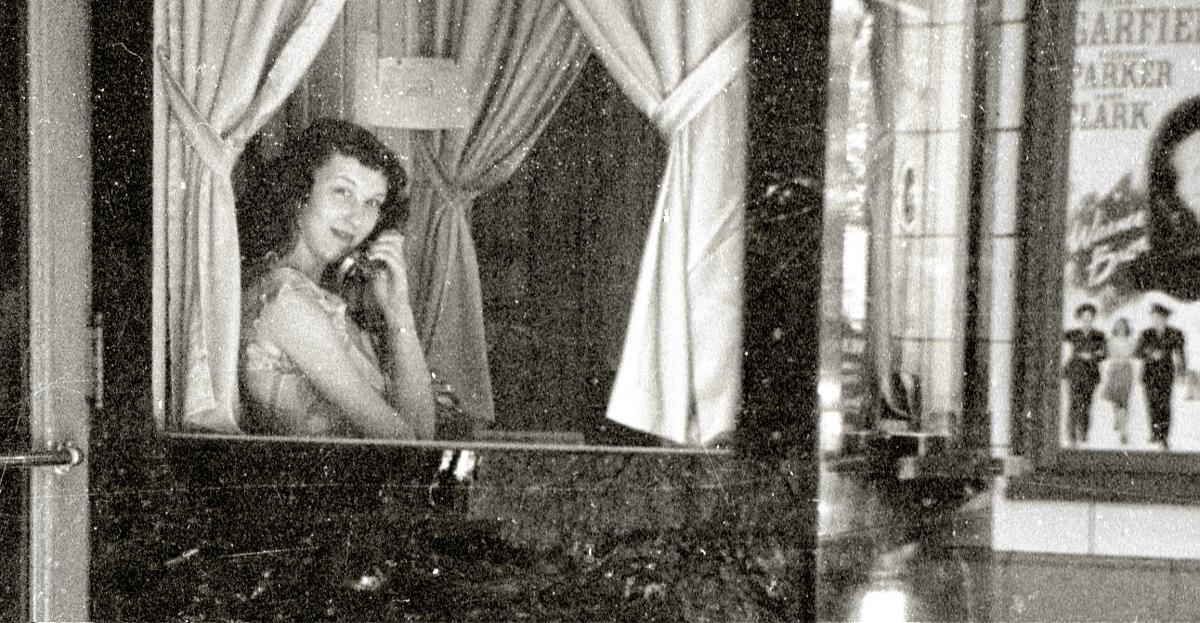 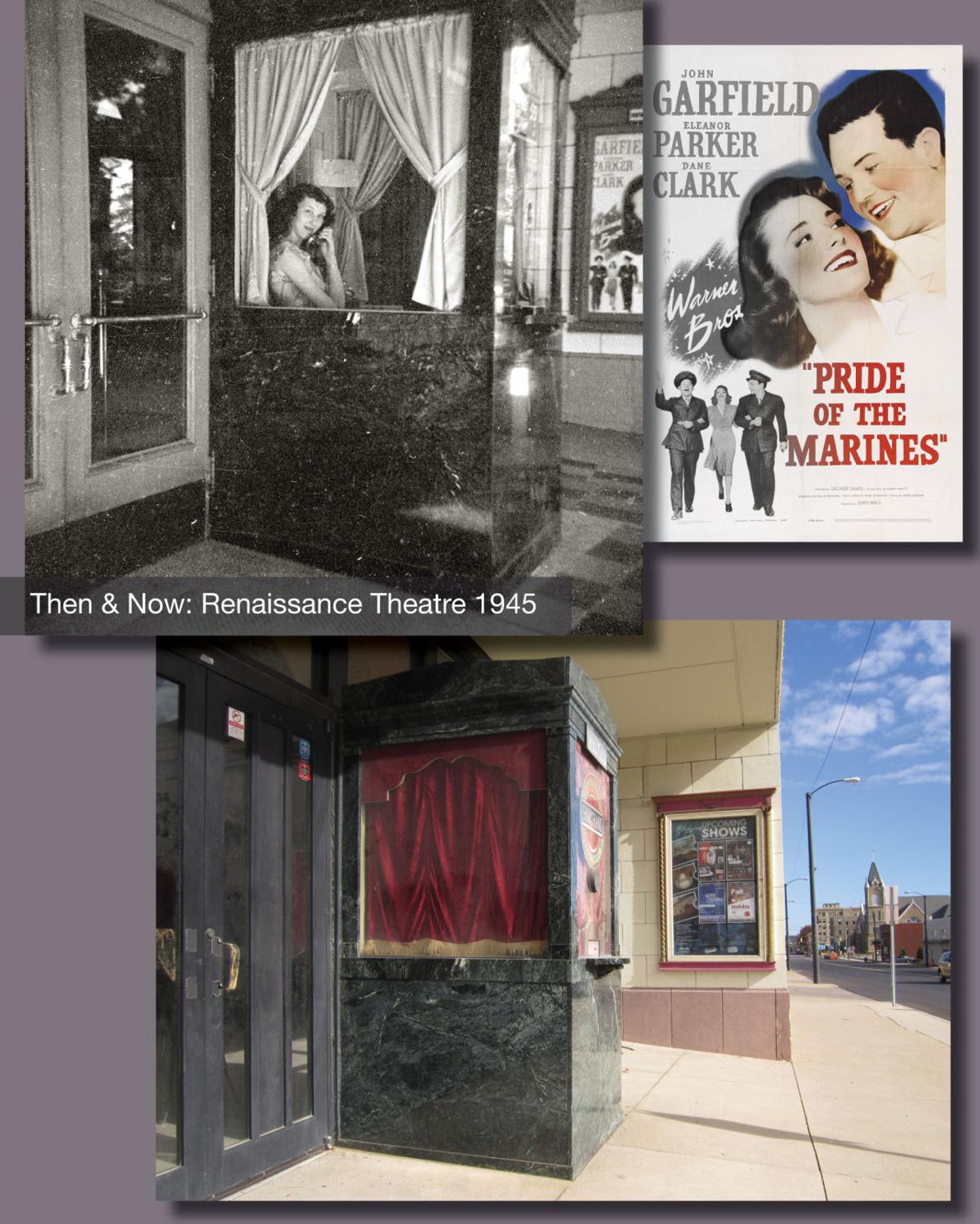 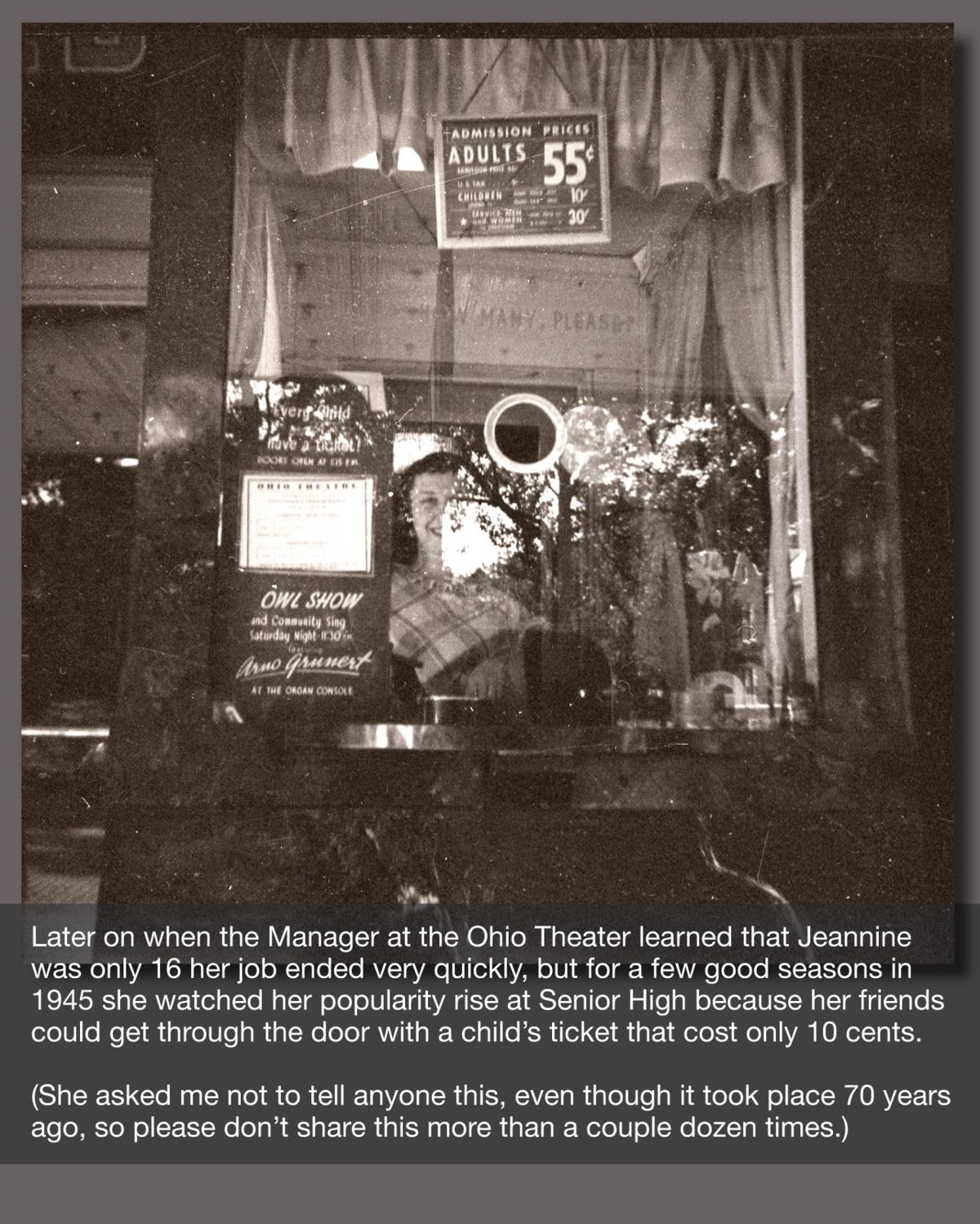 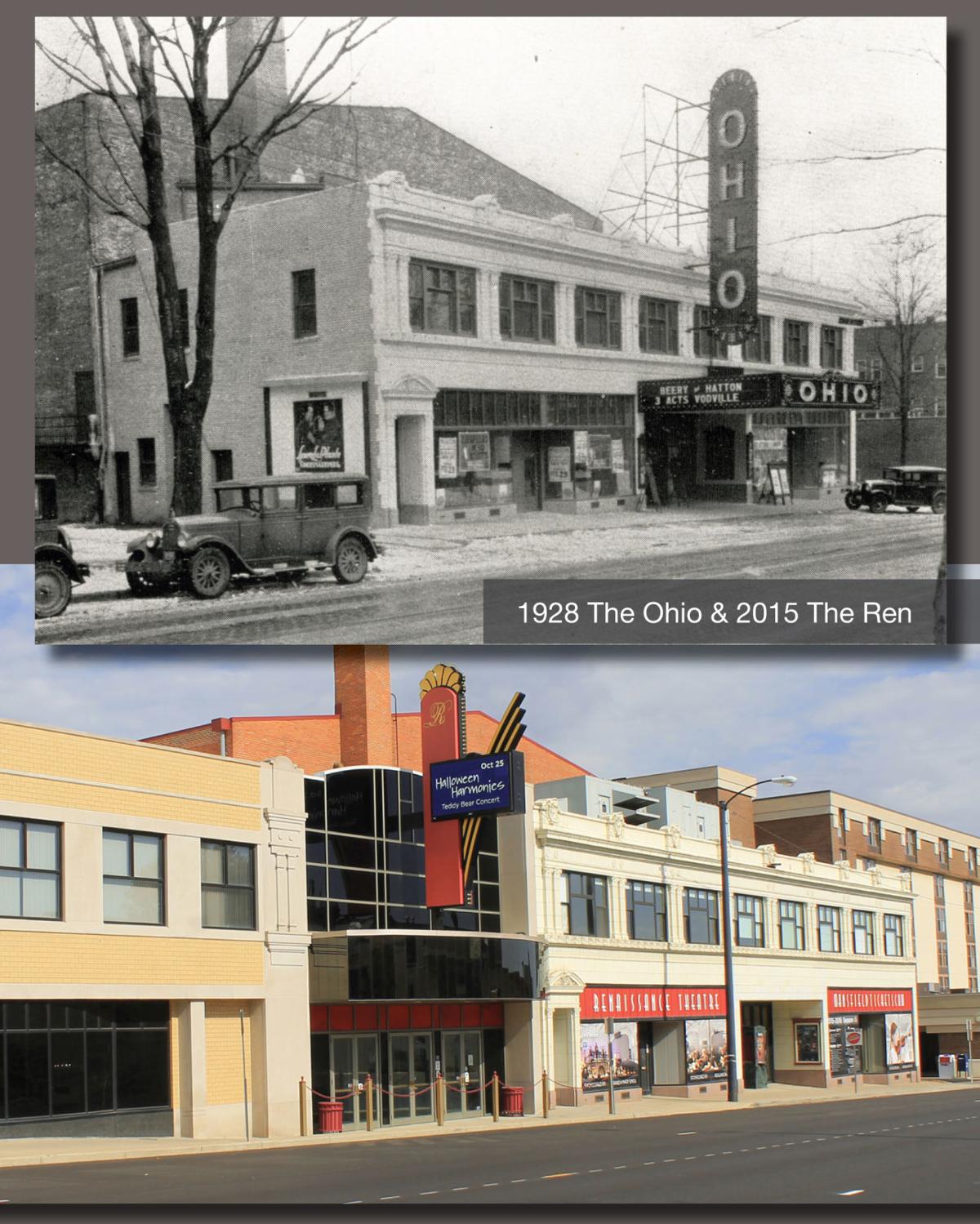 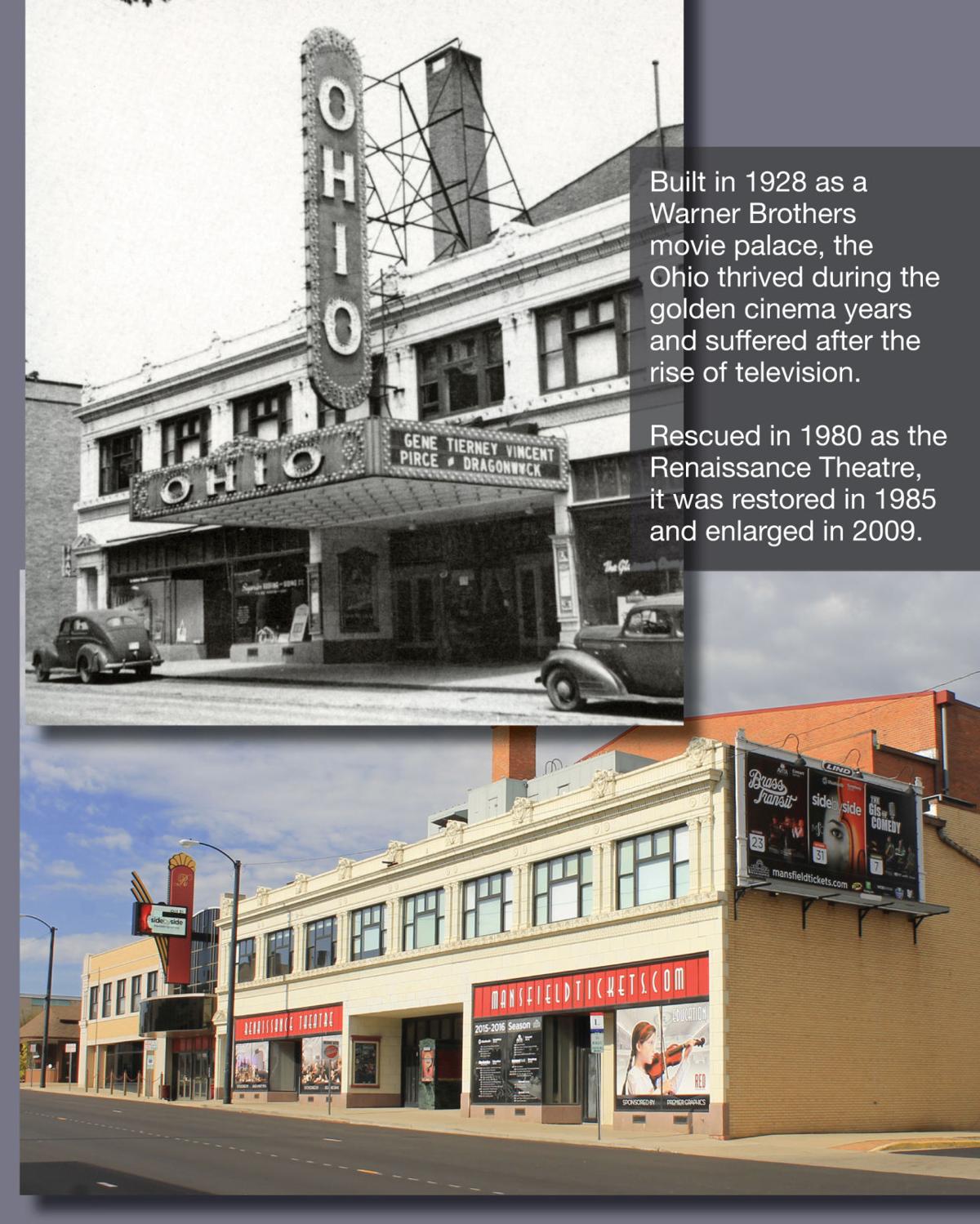 In 1945 young Jeannine Skelton sold tickets at the Ohio Theater. It was wartime still — industries locally were hiring everybody and the employment pool was very shallow — so it was not difficult for her to get a job in the ticket booth.

We always remember where we were when we first heard news that becomes American History: Jeannine was in the booth at the Ohio selling tickets when someone on the street told her President Franklin Roosevelt had died.

It was an exciting time to be in the cinema biz because in 1945 television was still a decade away. Everybody in town went to the movies. Even Mr. King, who built Kingwood, walked uptown every week to watch the latest new Mickey Mouse cartoons produced by his friend Walt Disney.

This classic marble box office was created in 1928 when the Warner Brothers theater opened. The ticket booth was restored in 1985 by volunteers, when the old movie palace was given new life as the Renaissance Theatre.