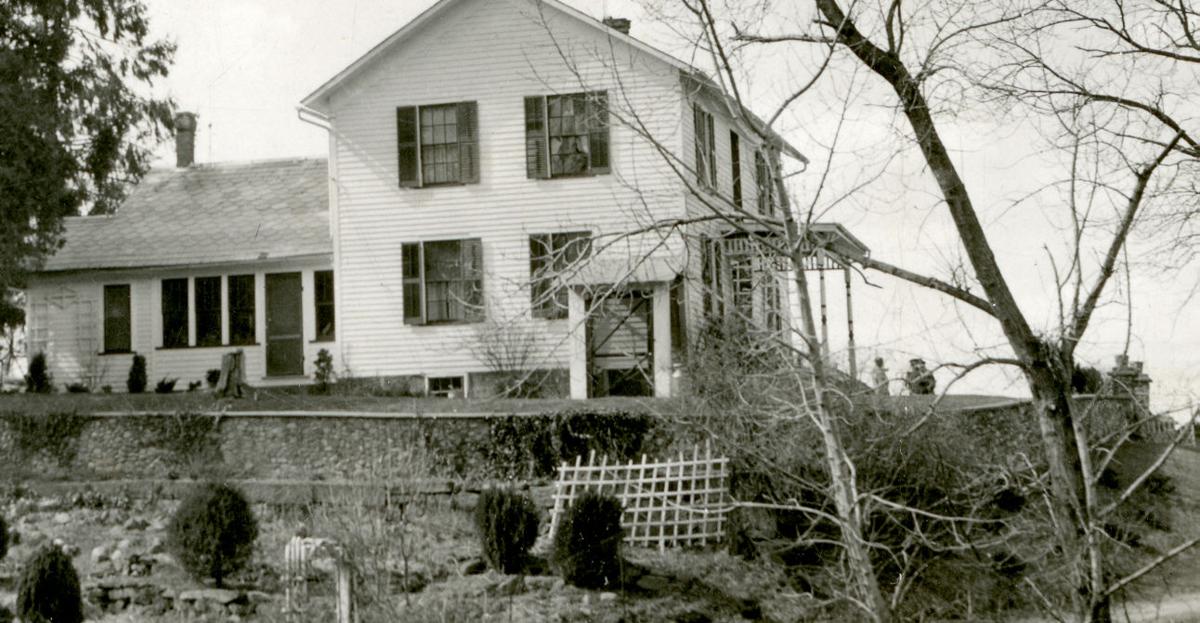 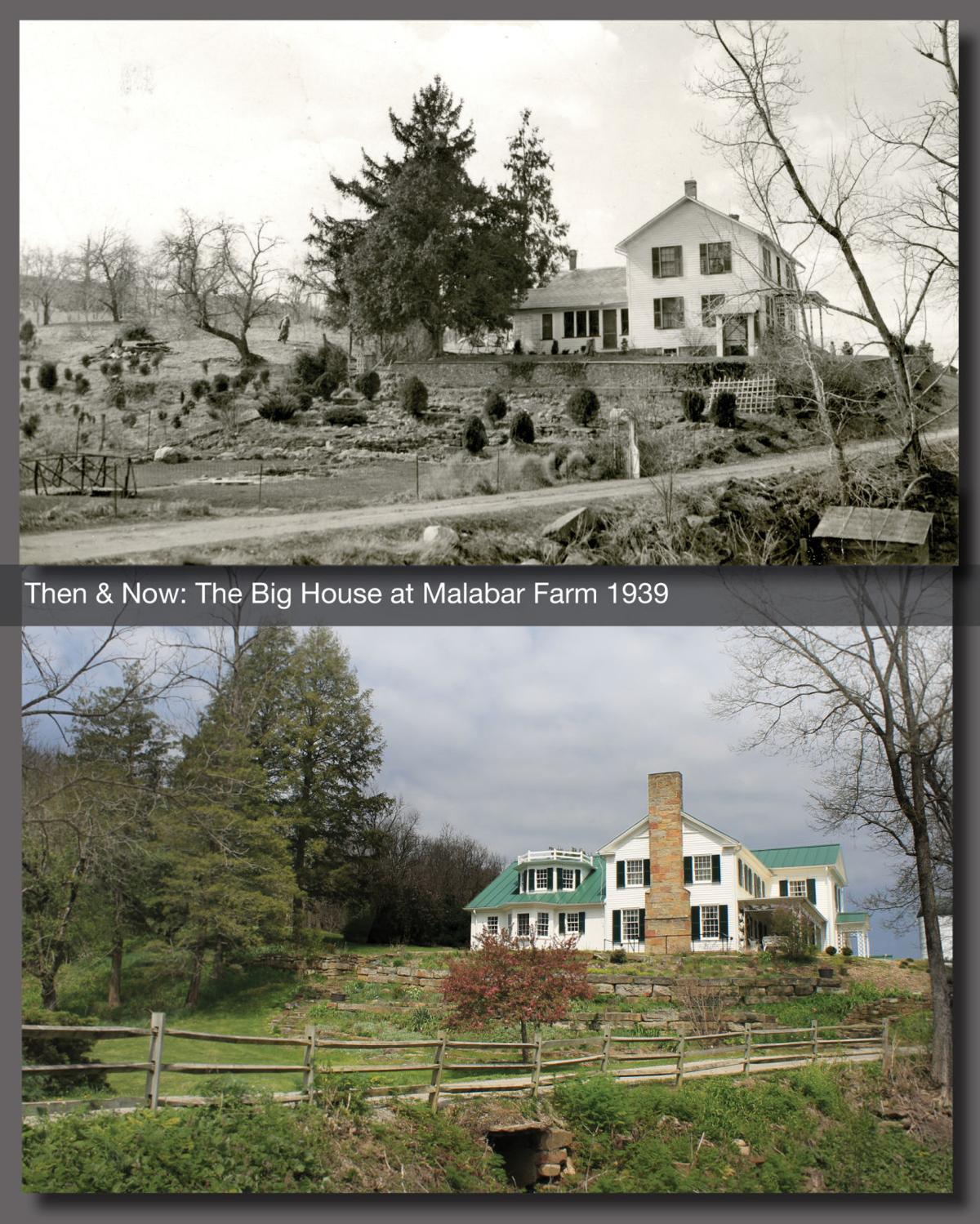 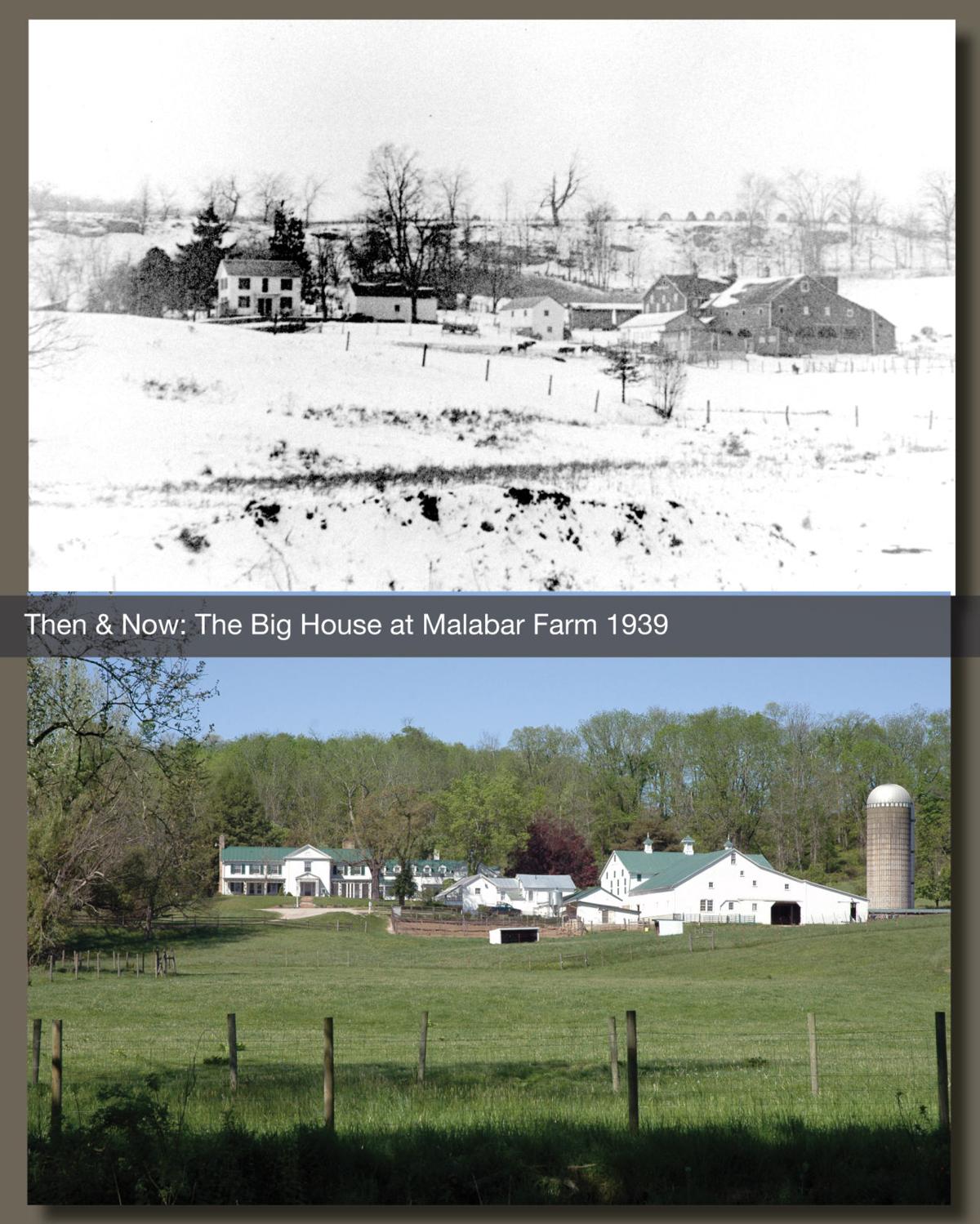 The home that author Louis Bromfield built on his farm in Pleasant Valley was designed very intentionally to appear as if it had grown through the generations, with successive additions built on to an old farmhouse.

The ‘generations of additions’ part of the story was a fictional creation, but the ‘old original farmhouse’ element of the place was, in fact, non-fiction.

The farmhouse was standing there on the hill when Bromfield first imagined the Big House. These two photos of the old Herring homestead were taken in 1939, before plans were drawn for the architectural masterpiece that was about to adjoin the house on the hill.

The lines and shape of the old place remained untouched in the revised building, though certain details of the farmhouse had to be altered in order to accommodate new features—like windows that had to be repositioned next to a new chimney.

To authenticate Bromfield’s fiction of a family home expanding through many generations, a small historical detail was added to the roofline of the Herring house: the eaves of the end gable were redesigned to look like Greek Revival styling of Ohio’s early 19th century architecture.