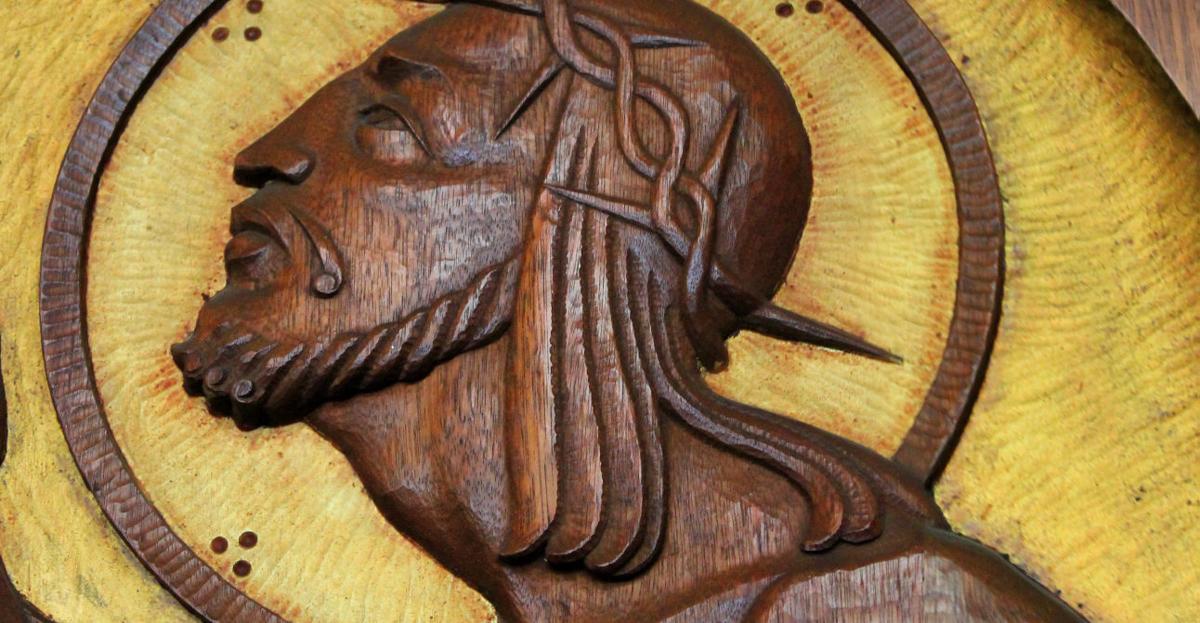 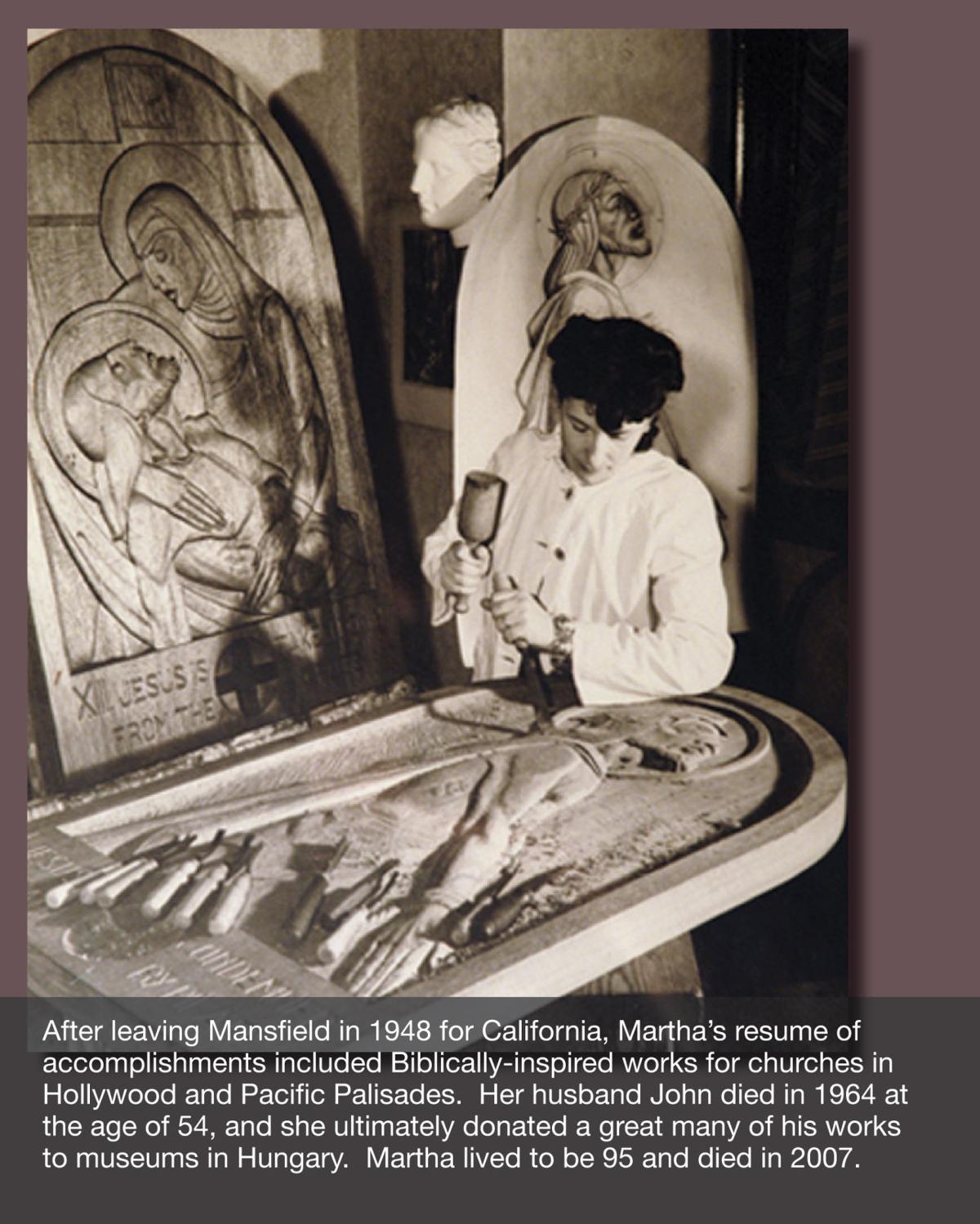 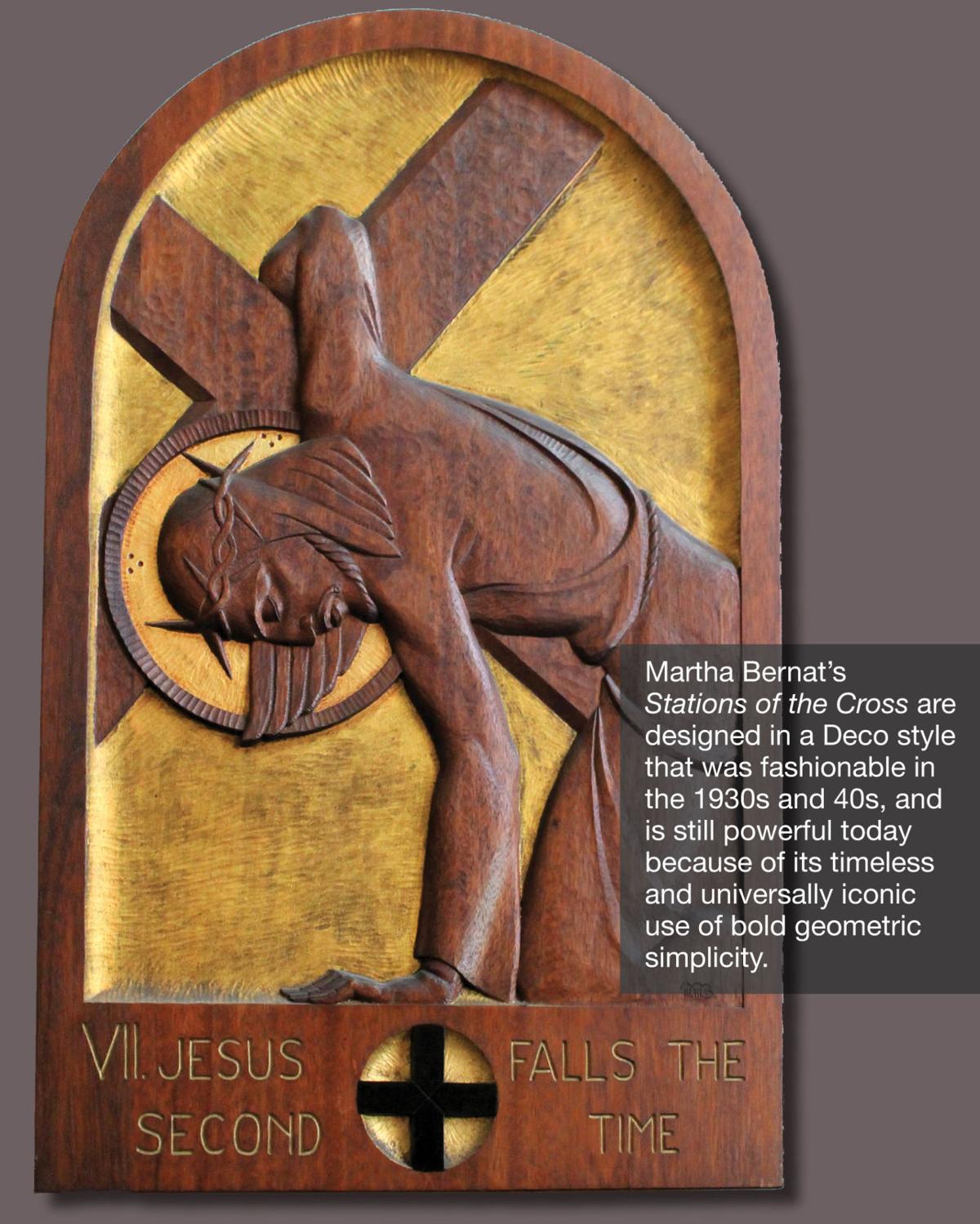 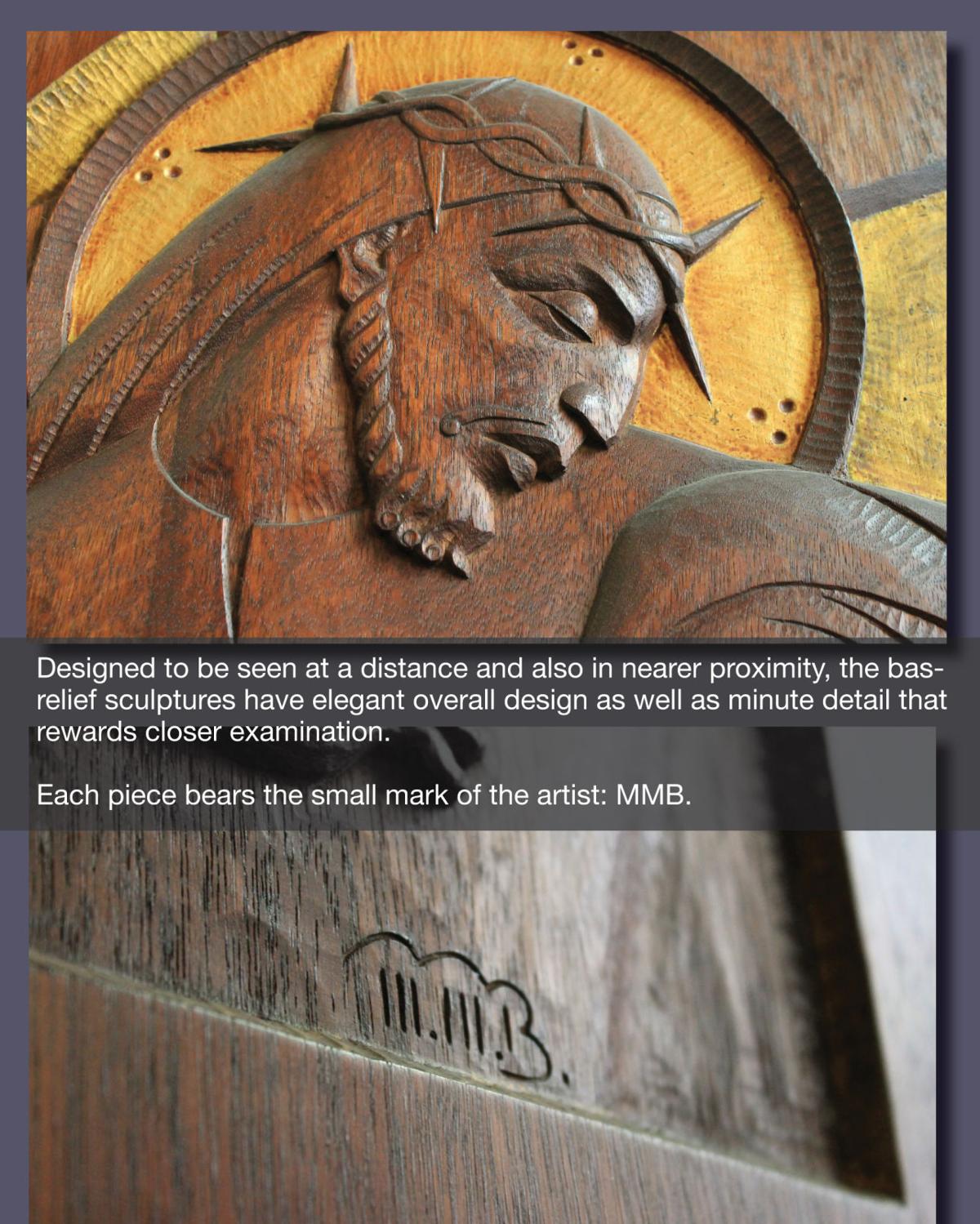 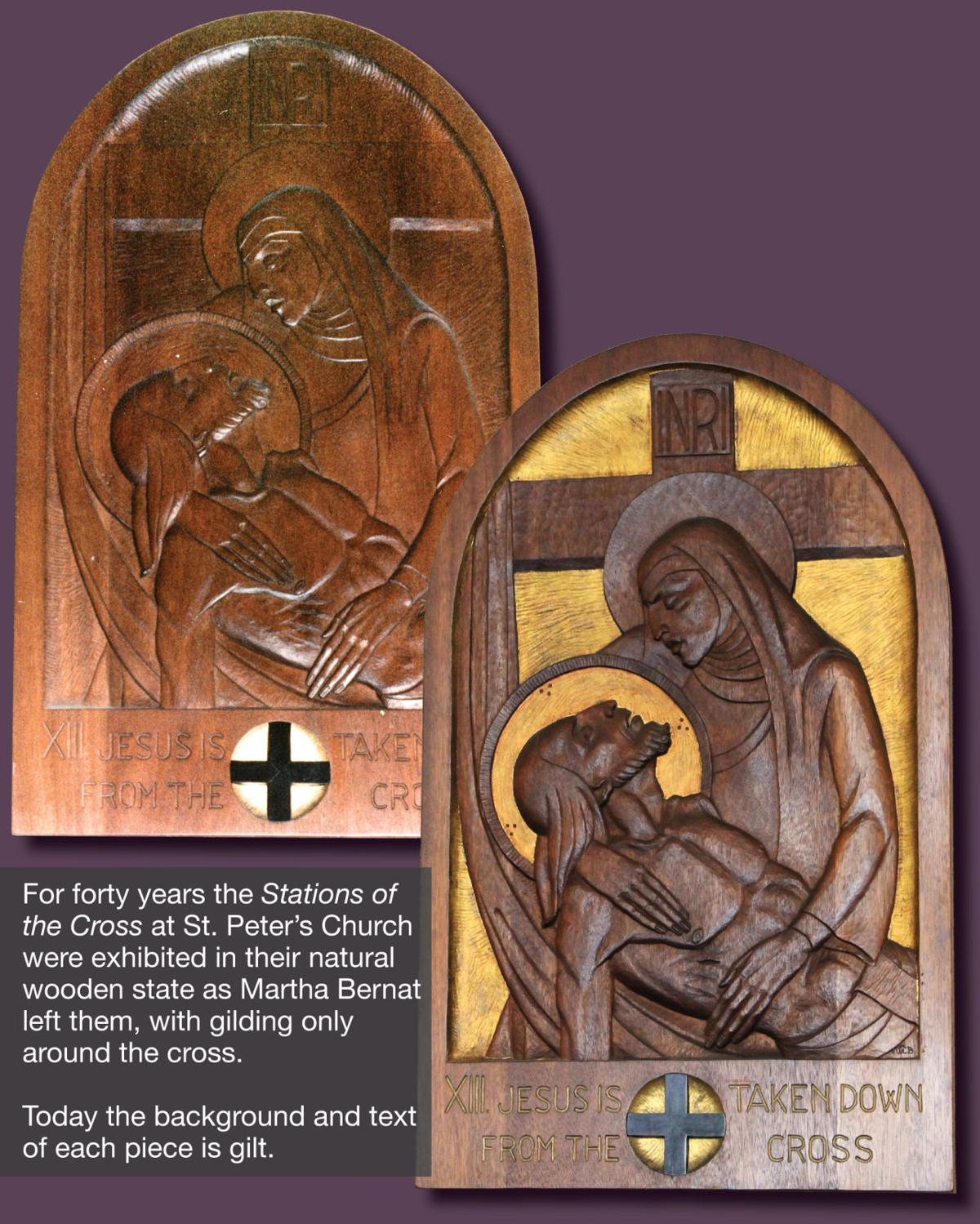 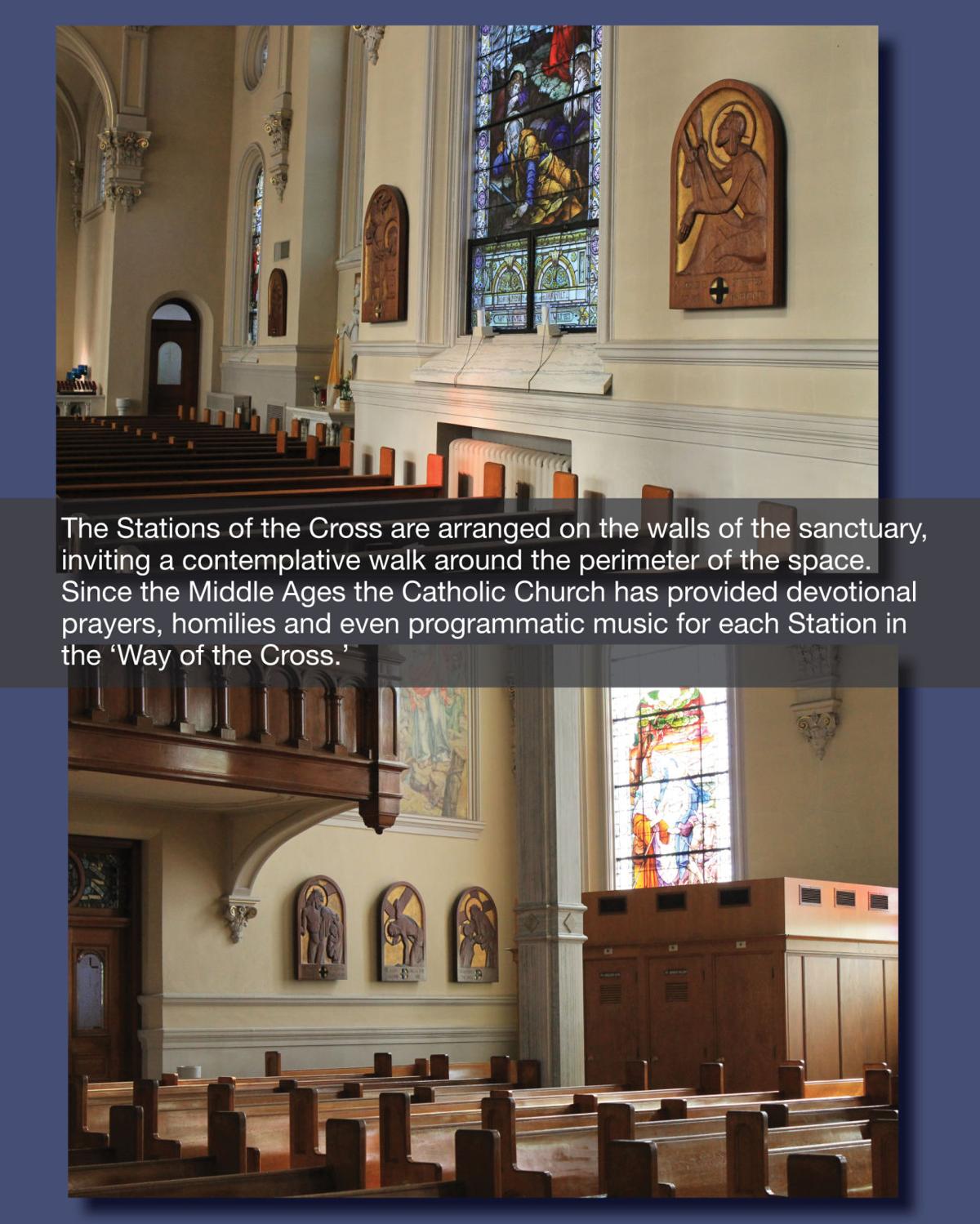 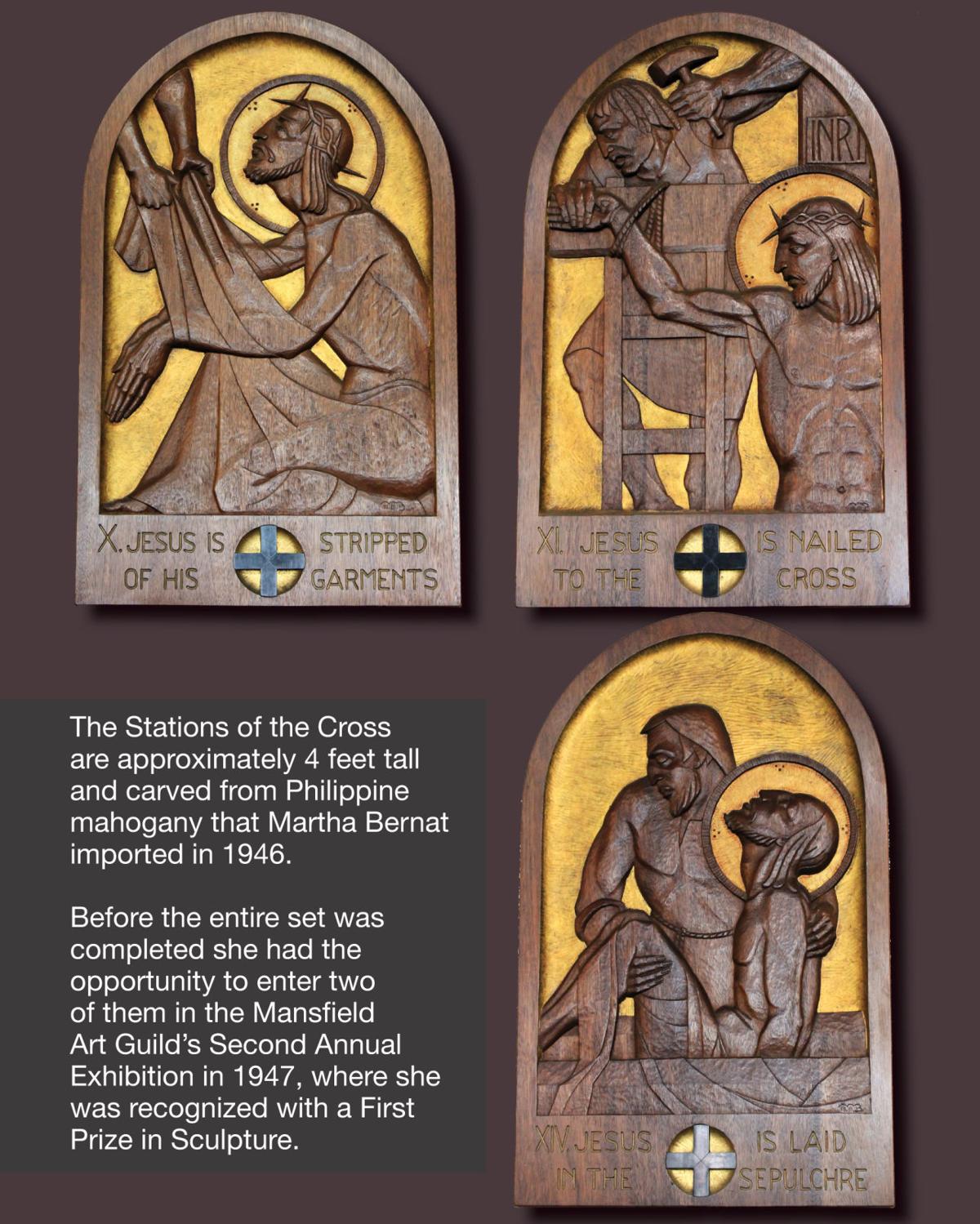 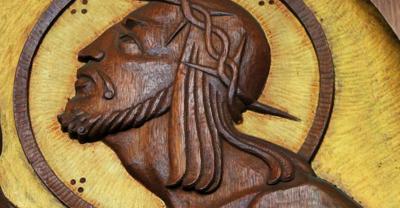 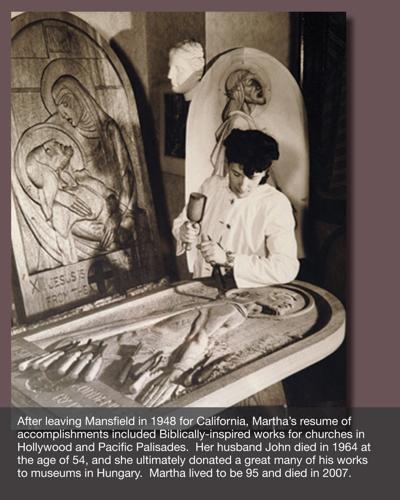 MANSFIELD -- If you have never taken the time to study the walls of the sanctuary in St. Peter’s Church on Mulberry Street, then you are most likely not aware of one of Mansfield’s finest art treasures that is always on display in a permanent installation: the Stations of the Cross sculpted by Martha Milligan Bernat.

In the 1940s she was referred to as a ‘sculptress.’ She studied with several Old-World masters of the art, and worked in a liturgical genre that is traditional and institutional, yet she brought to the work a strength and sweetness that is wholly her own.

She was most often known as ‘Mrs. John Bernat’ — as if she barely had a soul of her own — yet the wonderful self-effacing spirit that let her stand comfortably in the shadow of her more famous husband gave her a spiritual power with which to create works that today rival those of her celebrated spouse.

The Stations of the Cross she created for St Peter’s can easily compare with any in the world in their dignity, style and grace.

What are the Stations?

Catholic sanctuaries all over the world — from modest Missions to grand Cathedrals — have Stations of the Cross. Their representations range in media from paintings and wall hangings, to bas-relief sculptures and life-size statues. I’ve seen a set that was made entirely of cross-stitch.

Some of them seem standard and generic — mass produced — some homemade, some professionally commissioned. They all have the same story told in 14 scenes, they all serve the same purpose, but their presentation is unique as a thumbprint to each sanctuary.

The Stations of the Cross depict the last hours of Christ as described in Biblical and Apocryphal accounts.  Because the story is fairly brutal, artistic interpretation can range from very graphic and bloody, to abstract and stylized in whatever style is current at the time they were created.

Great artists from Medieval, Renaissance and Modern times have undertaken the challenge to interpret the scenes and — taking the genre as a whole — the terrific span of renderings is a tremendous study in theme & variations.

The concept evolved during the Middle Ages when Christian pilgrims visiting Jerusalem wanted to walk in the actual footsteps of Christ, and then bring the experience back to their hometown churches in the form of a series of vignettes.

Each scene is presented with the intention of providing a focus for contemplation, so believers can better understand and connect with the Passion.

The Artist and her Husband

Martha Milligan (Bernat) grew up in Toledo, studied at the Cleveland Institute of Art, and then traveled to Hungary to explore European art and her family roots.

She met and married Janos Bernat in Budapest, and the story of his escape from the political oppression of war-torn Hungary added great power, urgency and humanity to their works of art when they moved to America in 1942.

The Bernats came to Mansfield in 1944 and left in 1948 to move to Los Angeles, but in the years they spent here they accomplished a great deal and made a permanent impression on the city. Janos — who was known as John — undertook to paint a great many murals and Biblical images on the walls of St. Peter’s sanctuary, and in addition he helped to establish the Mansfield Art Guild that eventually became the Mansfield Art Center.

During his lifetime Mr. Bernat established several schools for young artists, and he was an imposing and dramatic figure in every community where they lived. In the course of his short career he earned recognition in the art world, and consequently, the work his wife accomplished is often overlooked, and she is noted principally as a footnote in his career.

Yet it was her hands that created the masterful carvings at St. Peter’s. Even when the Stations were dedicated in 1948 the news photos all pictured him, not her. A genial, humble soul, she would have it no other way.

A diligent search for her other works of art in America turns up little other than catalog references, so there isn’t much to document her life as an artist.  Yet if these Stations of the Cross were to be discovered 1,000 years from now when all of our civilization has turned anonymous, the work alone would stand to speak for her great sense of wholeness, harmony and radiance.

This photo essay of Martha Bernat’s Stations of the Cross will serve to introduce you to the work, but don’t take my word for it — go to St Peter’s yourself to see Mansfield’s little-known masterpiece.