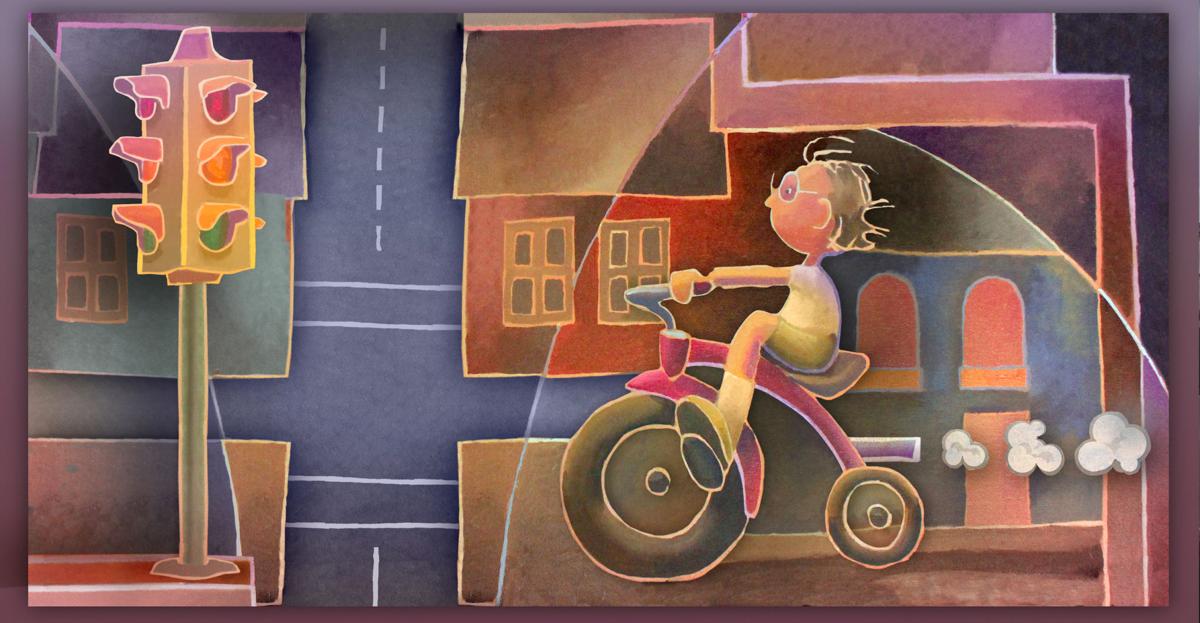 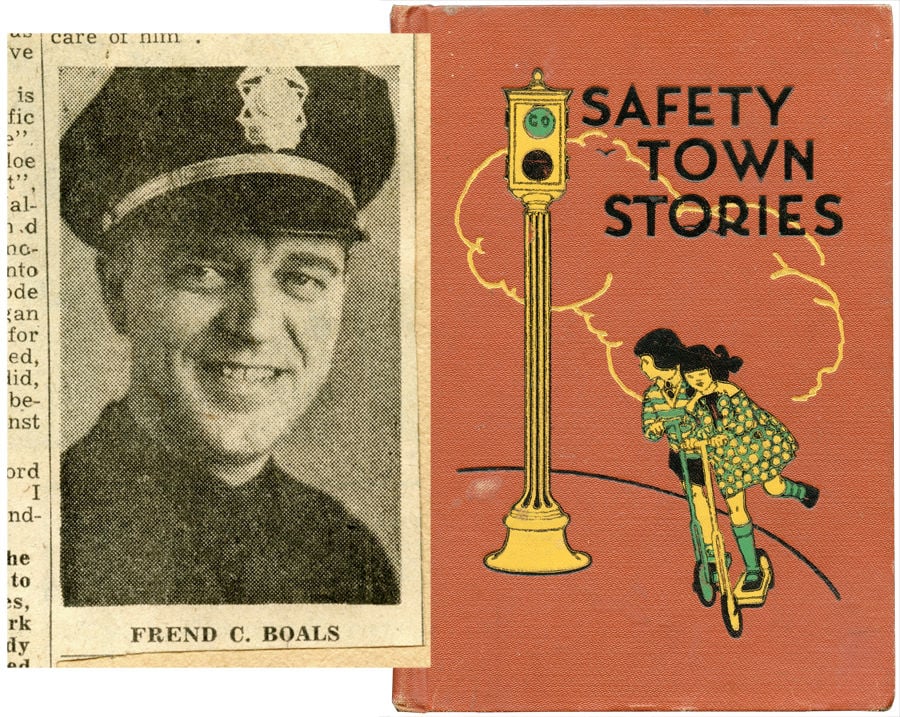 Patrolman Frend Boals (1904-1958) and the book by Mildred Roberts that inspired him. 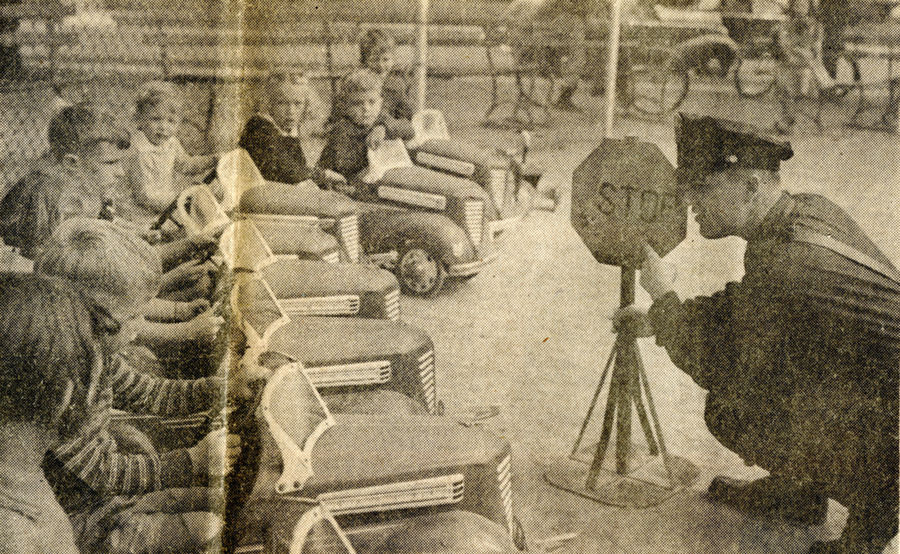 When Frend Boals joined the Mansfield Police Department they were still riding horses to traffic jams; and he eventually rose to hold the position of Mansfield Traffic Commissioner.  Here he directs traffic at Safety Town in 1939. 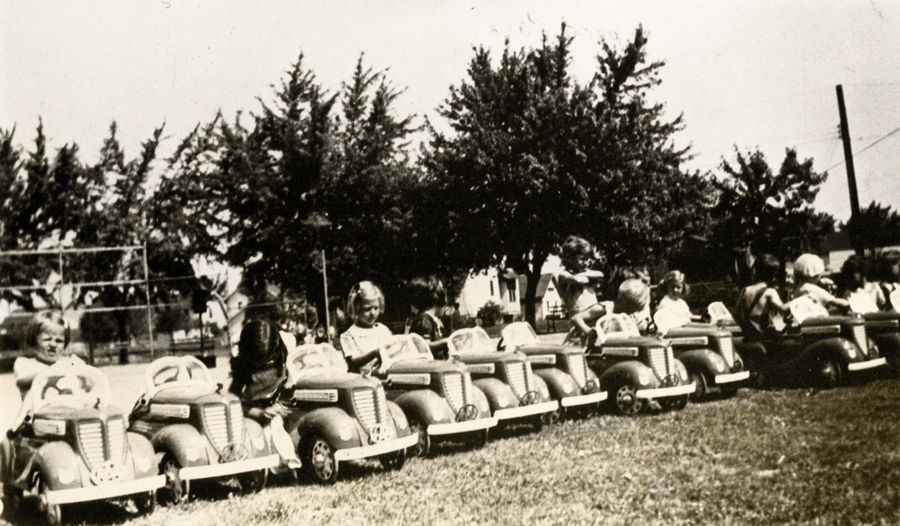 The original fleet of Safety Town vehicles were bright red chain-driven cars that kids pedaled around Prospect Park.  In the 1940s they were upgraded to blue and white models. 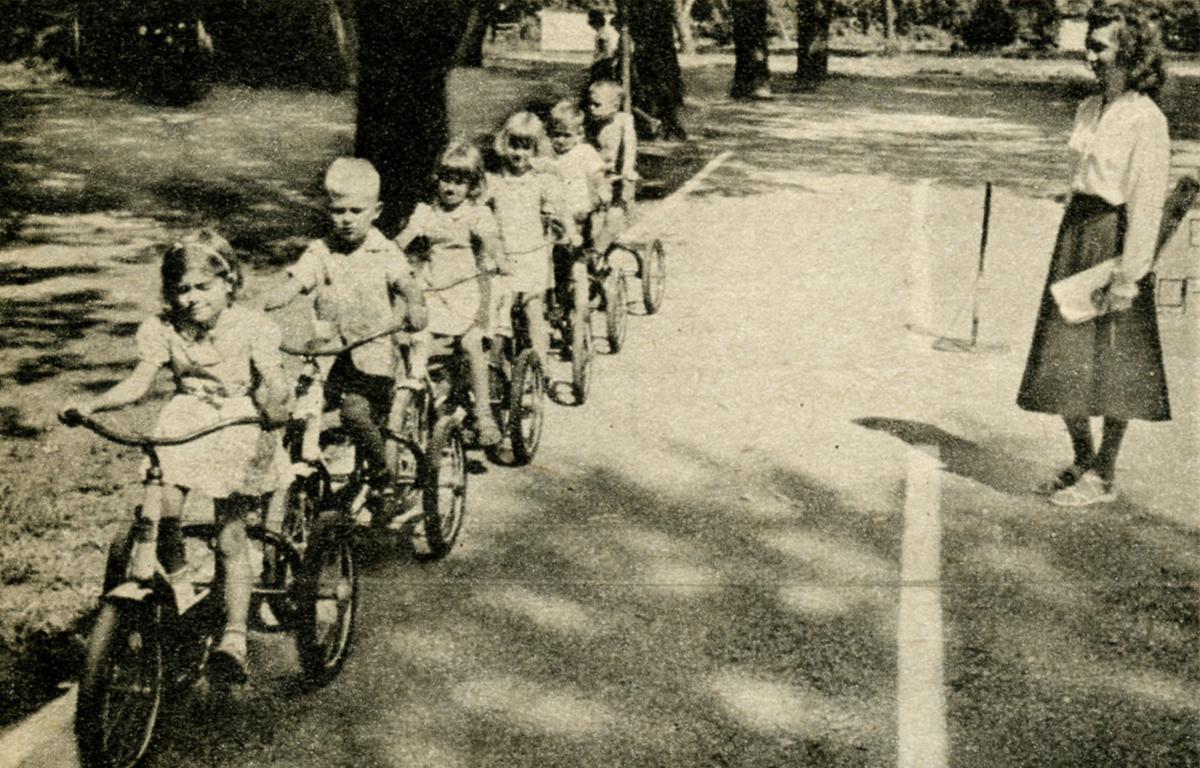 The original 1937 instructional model at Safety Town had participating children divided into two groups -- the drivers and the pedestrians -- in order to engender cooperation and mutual concern. 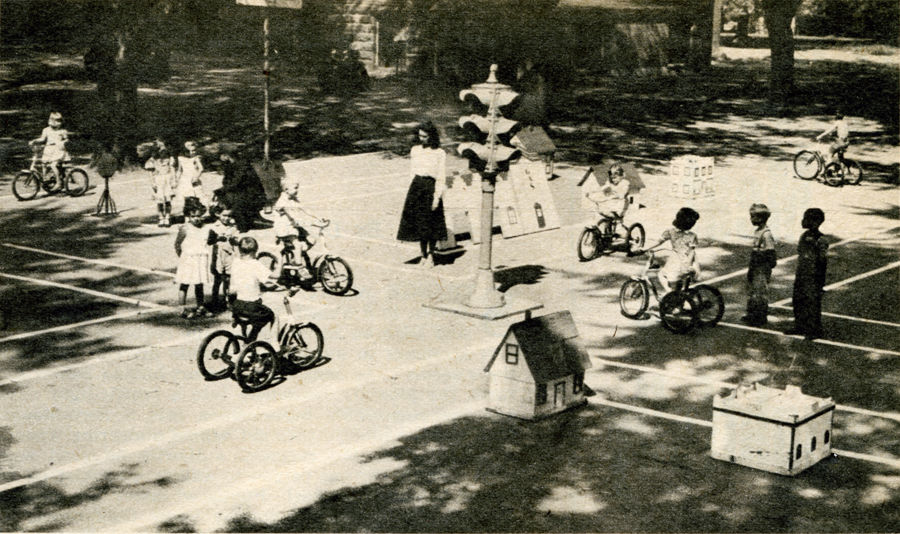 This photo was taken at the first "permanent" Safety Town location at the old Brinkerhoff School on Marion Avenue (between Poplar & Douglas.) 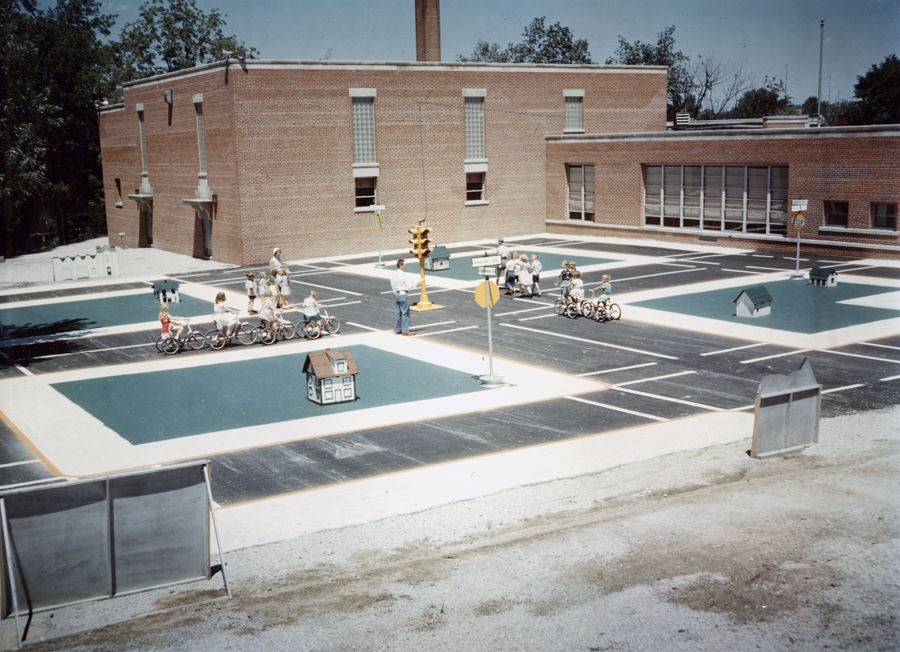 When the new Brinkerhoff elementary school was built in 1950 on Euclid Avenue the playground was laid out with Safety Town in mind. 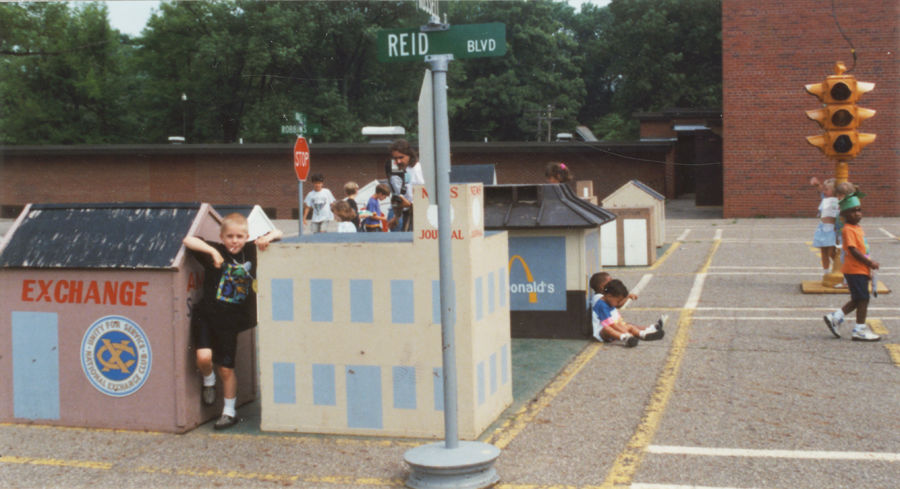 Photo documentation indicates that there have been at least three sets of buildings at Safety Town since 1937.  This is how they looked in 1993. 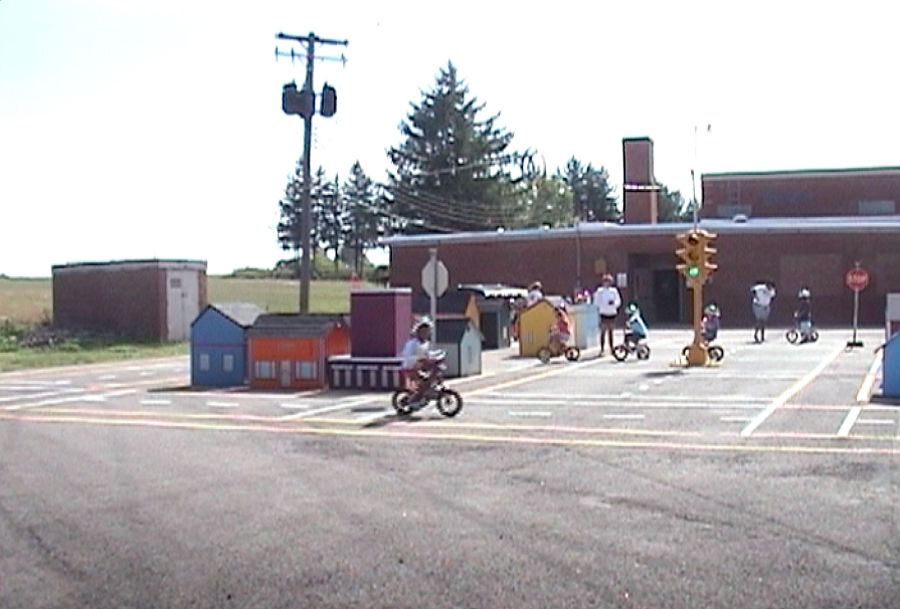 In the summer of 2009 the streets of Safety Town were laid out at Raemelton School. 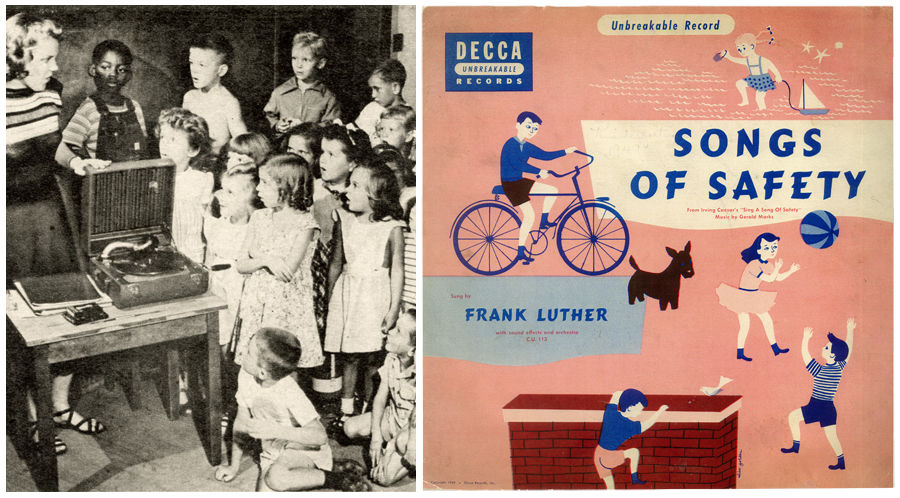 Singing has always been an integral element of Safety Town education.  The music and lyrics have evolved through the generations, but for the first 40 years all the kids in Mansfield learned 'Songs of Safety' from a 1939 record. 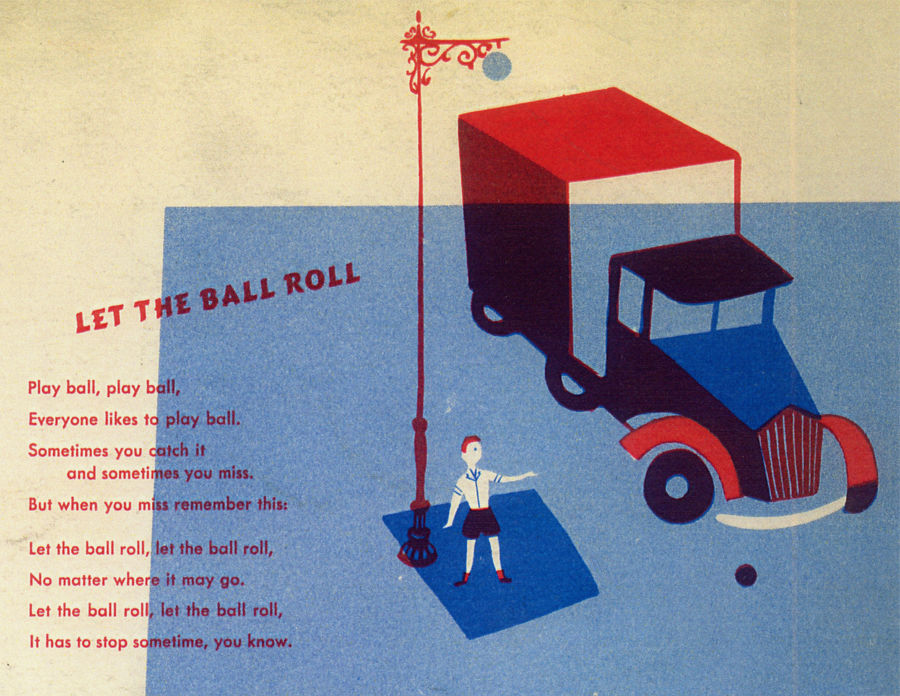 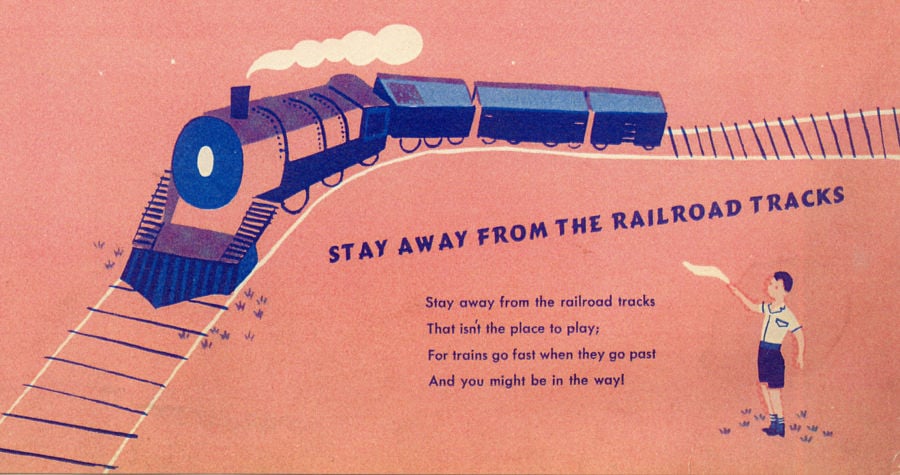 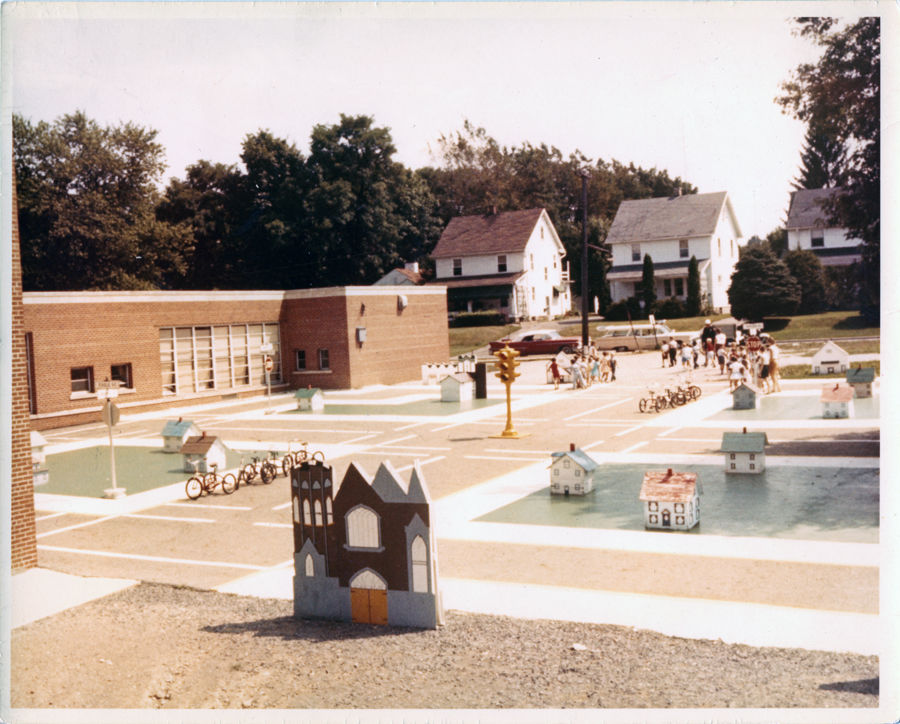 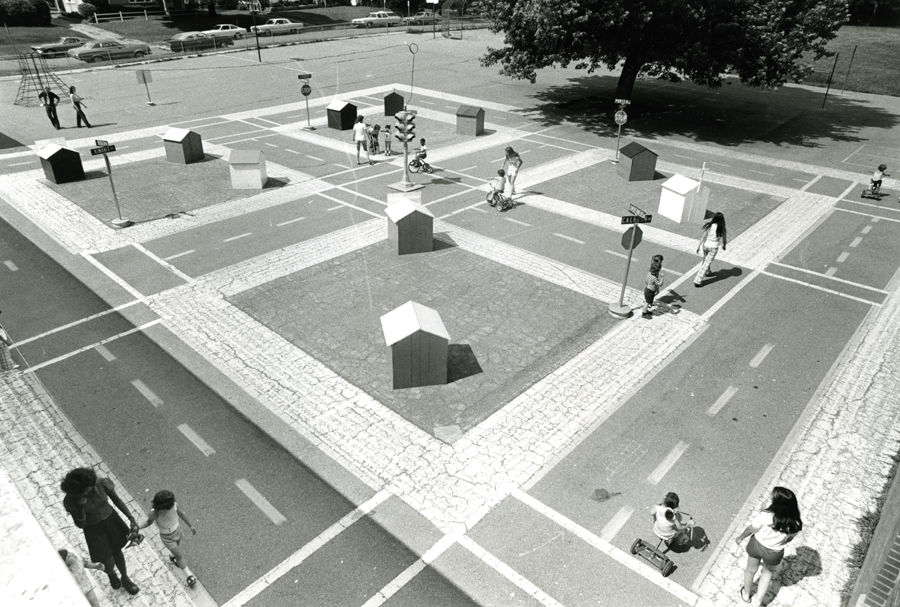 This photo by Jeff Sprang was taken in the summer of 1977 when attendance at Safety Town was so low there was talk of abandoning the project. 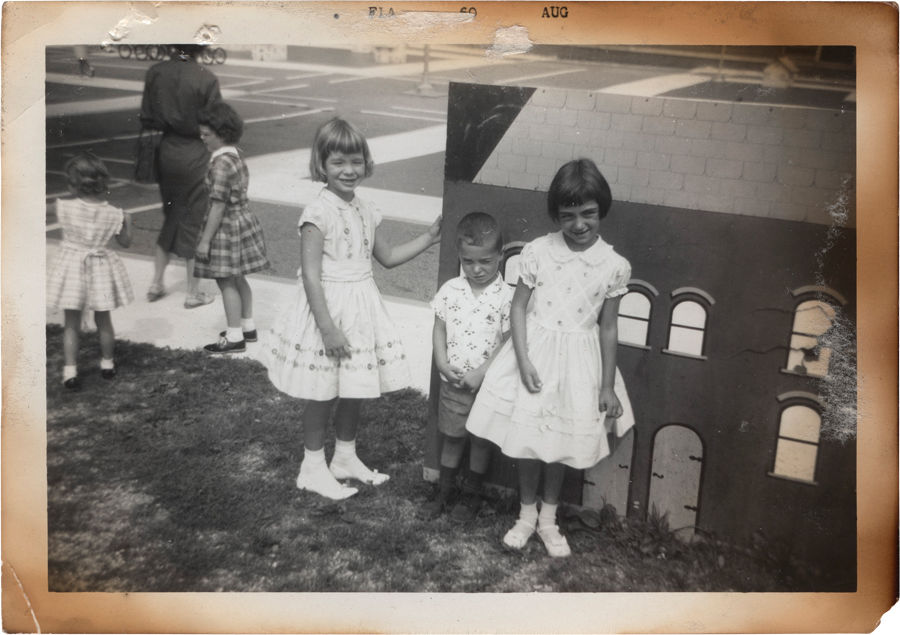 Many of the photos of Safety Town through the years were taken on Graduation Day: this one was in 1960. 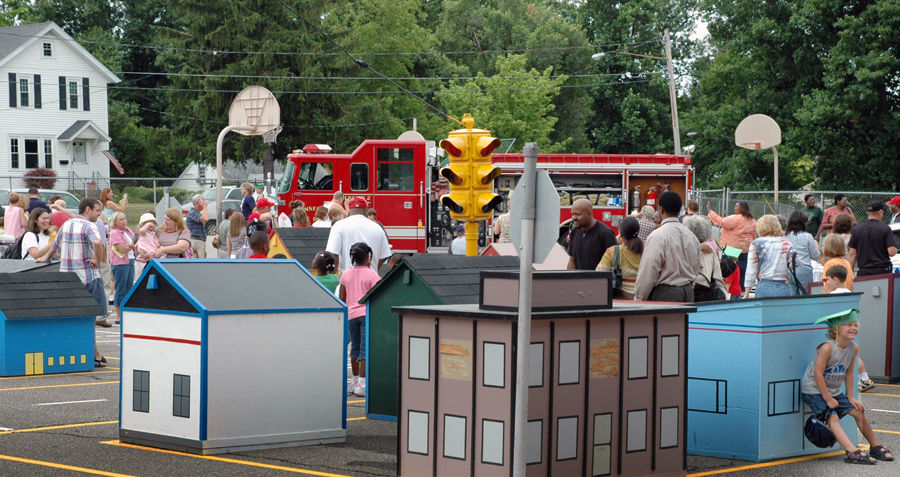 The streets of Safety Town are full of grown ups every Graduation Day, along with friendly representatives from MPD and MFD. 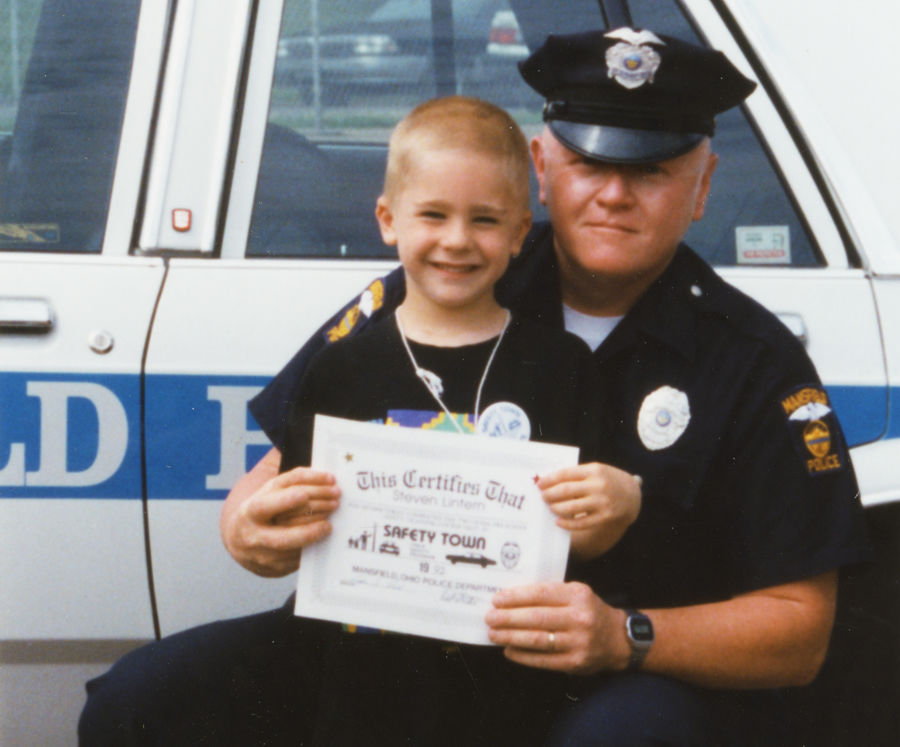 One of the most important elements of Safety Town is establishing a congenial and trusting relationship between young citizens and the police by redefining "law enforcement" as the "safety force."  Officer Hurlow, seen here in 1993, had more friends in town than anyone.

Mansfield has been known for a lot of different things throughout American History, and the world has come to know our name by way of a countless variety of people, companies, products, works of literature, pop music, celebrities, and events of historic proportion.

But our town’s chief contribution to aid in the evolution of civilization on the planet has been one particular export: Safety Town.

Children in places all over the country and around the world are more likely to make it to adulthood because they learned to live more safely at an early age; and Mansfield is a part of that equation.

All those kids—in Louisiana, in Illinois, in Germany or Indonesia—are imprinted with basic principles of safety by their own teachers in their own communities; but the system of education by which they are taught can be traced back to one place on the Earth and one particular time in history: Prospect Park in Mansfield on August 6, 1937.

That was when kids first waited till the light changed at Safety Town.

It began as an experiment and was inspired by a book.

The experiment was conceived and implemented by Patrolman Frend Boals as a method to teach fundamentals of traffic cooperation; and was sparked by a book of children’s stories written by the supervisor of Mansfield primary schools, Mildred Miles Roberts.

Her 1930 book was called Safety Town Stories, and the cover is emblematic of the entire Safety Town concept: kids and a traffic light.

From the very first day when children crossed at the corners of make believe streets, and learned to pay attention to traffic lights like it was a game, everyone knew the ‘experiment’ was a success.

Within a week there were representatives on site from the national AAA office in Washington DC reporting back to the National Safety Department. Within two weeks there were film crews from Chicago in town hoping to get footage for news reels.

Over the next few years the Safety Town story with pictures of Mansfield kids appeared in newspapers and magazines across the nation. The American Automobile Association adopted it as part of their permanent pedestrian safety program.

From there the idea took off like it was always meant to be a part of American life.

They say nothing is more difficult to stop than an idea whose time has come. The Safety Town idea arrived right on time. In 1937 there were dozens of Depression era WPA programs entirely focused on safety issues. Every city had a “Safety Council;” Mansfield had several “Safety Week” events during the year; for drivers, for workers, and for homemakers.

So when Officer Fred Boals took the ABCs of safety to the preschool kids of Mansfield he was already riding a societal wave of interest. Making it kid-friendly was his genius.

He turned it into a game. He wanted it to be so fun the kids would be singing their lessons.

He built kid-sized streets with stop signs that were only as tall as a 6-year old. He got the firemen of Station 1 to build wooden sidewalks and a kid-sized traffic light. A sign painter named Roy Gale made kid-sized houses to put in the neighborhoods of Safety Town; and in 1938 Boals talked the Richland County Automobile Club into buying 25 bright red toy cars for kids to pedal around the streets.

In those first few seasons Safety Town was a portable village sponsored by the City Recreation Department that moved every other week to a different part of the city. It was established at Woodland School, Hedges, West First Street, West Fifth Street and Western Avenue Schools; Johns Park, North Lake Park and Liberty Park. It even emigrated to Shelby for two weeks.

Since that beginning Safety Town has been in continuous habitation except for a 5 year hiatus during WWII. In the 1970s there was talk of discontinuing it when enrollment dropped to rock bottom numbers, but someone always stepped in to spring for new materials.

From the very earliest years there was always talk of building a permanent Safety Town in Mansfield, but different generations and different decades found the kid’s burg settling wherever it could. For many years its most permanent location was at the old Brinkerhoff School on Marion Avenue.

In 1953 it was replanted at the new Brinkerhoff School on Euclid Avenue and a sign was posted to establish its official latitude and longitude.

In recent years it could also be found at Woodland or Raemelton Schools.

The whole concept of Safety Town was sound and ingenious: plant the seed of sanity in little minds when they are at that age when everything makes an indelible impression.

So does it work? The proof is easy to find: there are many dozens of grown, mature (old) folks in Mansfield who can still sing their Safety Town songs.

Stay Away From the Railroad Tracks

Safety Town is a very intensely personal Mansfield thing. If you didn’t grow up here its not likely you’ll get it unless you grew up somewhere else where there is a Safety Town.

That is the genius of it, because everywhere that Safety Town exists they feel the exact same way: like it belongs to them.

Go to Shreveport LA and you’ll find they own Safety Town. For generations they have been nurturing their young with the same toy houses on little lined streets with short stop signs.

It is also a Naperville IL tradition that the community owns and loves, as well as Paris TX, and Salem OR.

Mansfield tried to establish itself in the 1950s as a sort of official Safety Town resource clearing house, but that function ultimately wound up in Cleveland as the National Safety Town Center.

There are Safety Town programs indoors and outdoors in 3500 communities in the US, and in 38 countries outside our borders.  They all—each of them—feel it is their own legacy.

Most of them—nearly all of them—have little sense of what they owe to Mansfield. That is really the best kind of fame.

There are some really spectacular Safety Town permanent parks in America that look like little Disney towns. They make your heart warm.

Mansfield’s most permanent Safety Town is found in the hearts of kids and parents who remember cops and firemen and bikes and stoplights in the eternal summer of our souls since 1937.

Speaking of Safety Town in 1937 Patrolman Frend Boals said, “The fruits of our labor now in Mansfield education will be reaped in 20 years when those tots of today become the motorists of tomorrow.”

It is 80 years later and the fruits are untold, worldwide and continually seeding themselves to future generations.

I ask people if they remember the songs they learned at Safety Town and they don't bother to respond yes or no, they just start singing.  Most often it is: Remember your name and address...