ASHLAND -- Despite the current stay-at-home orders and social distancing practices, we can still take a nice walk to get out of the house and breathe some fresh.

Many locals routinely walk at the Ashland Cemetery and it’s certainly an interesting place to take a stroll and educate yourself about local history. It’s also a great topic for students to write a report about and a wonderful location to play “I Spy” so I won’t give up all the information we have about it at the Ashland County Historical Society. 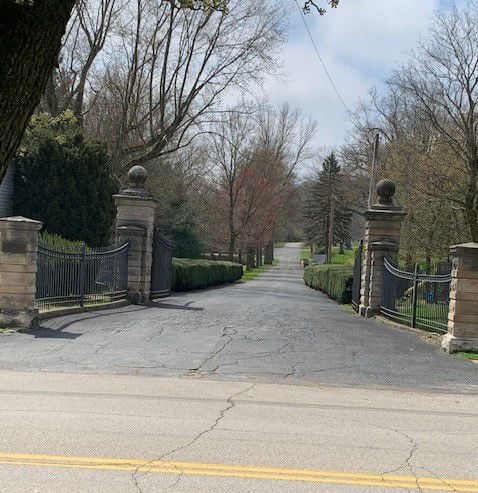 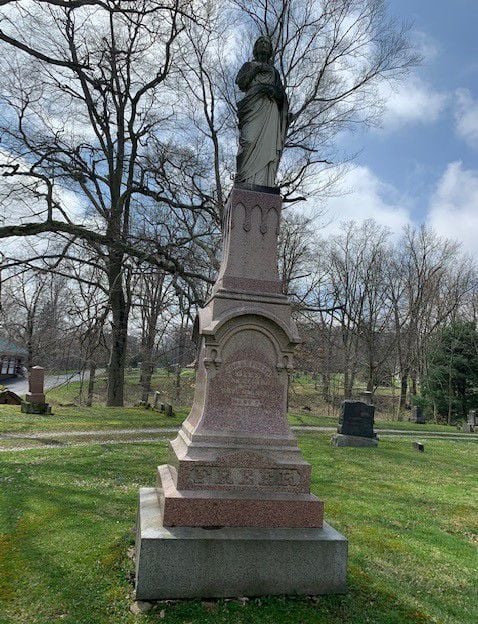 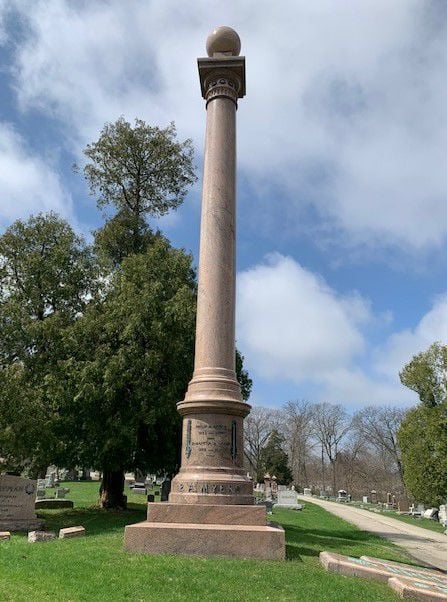 This Myers monument arrived by rail. The ball on top was mounted during a snowstorm 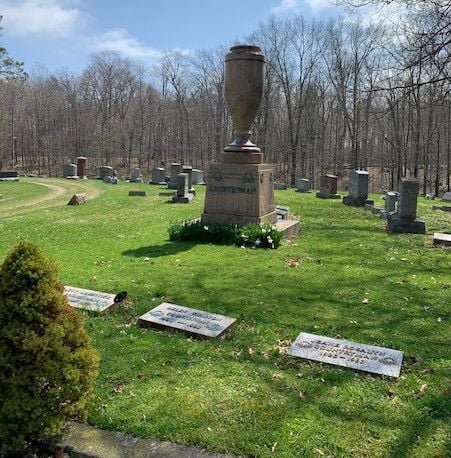 This monument is made from a pink colored granite from Montana. 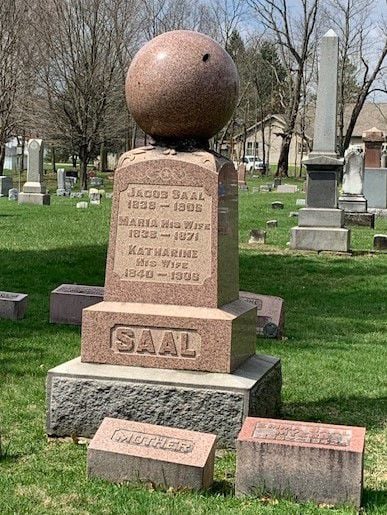 The surface hole is visilble in this photo. Measurements indicate the ball moves on top of the monument. 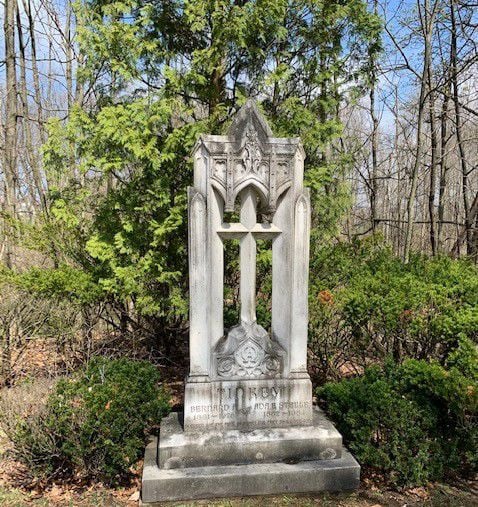 The Bernard and Ada Tinkey monument is very ornate and has intricate patterns in the stone.

This Myers monument arrived by rail. The ball on top was mounted during a snowstorm

This monument is made from a pink colored granite from Montana.

The surface hole is visilble in this photo. Measurements indicate the ball moves on top of the monument.

The Bernard and Ada Tinkey monument is very ornate and has intricate patterns in the stone.

Ashland Cemetery, located on West Main Street west of the downtown area, was dedicated in 1856 after the development of 10 acres and 53 square rods (about another 1/3 acre). The land was purchased from the estate of Alanson Andrews, father of Lorin Andrews. Lorin was the second child born in Ashland, then known as Uniontown. The purchase price for the cemetery land was $819.50.

Lots were laid out and were available for purchase for $10 each.

The cemetery also has assigned street names according to a 1908 pictorial booklet published by the Ashland Cemetery Association, who oversees cemetery business. The street names were Cresant, Pleasant View, Fulton, Randolph, and Monument.

First burials in the cemetery included those from burial grounds belonging to the Hopewell (Presbyterian) Church. One was on Olivesburg Road and the other on Cottage Street at the current location of St. Edwards’s Catholic Church.

Since the sexton needed a horse, a barn was added a year later at a cost of $234. Six years later, a sprinkling system was added at a cost of $418. In 1898, $143 was spent to purchase official cemetery record books. The old wooden arch which initially covered the entrance was replaced in 1904 with Indiana limestone at a cost of $815. The limestone entryway is still in use today.

Older monuments are much more ornate than the ones used today. The Freer and Randolph family markers are excellent examples of the workmanship in the late 1800’s. The Jonas Freer monument is 16 feet tall and weighs 17,000 pounds. The base is made from American granite, the shaft of Scotch granite and the statue of Hope in Italian marble.

The Philip and Samantha Myers and Countryman family monuments are also impressive. They are made of Stoney Creek granite from Montana. The Myers’ column arrived on a railway car at the Erie Depot.

The installation was difficult because it was 10 feet longer than expected. A blinding snowstorm also raged as the ball on top was finally completed. It is interesting to note that Philip Myers, co-founder of F. E. Myers & Bro. Co., is actually buried in the Lake View Cemetery on Euclid Avenue in Cleveland.

Another interesting marker belongs to the Saal family. The large monument marks the grave of Jacob Saal, a Civil War Veteran who died in 1906. Smaller stones for his other family members are in front.

Jacob’s monument has a ball on top of it that actually moves. There is a surface hole in the solid stone ball that has rotated based on measurements taken from the hole to the base of the structure over the years. Some believe that melting ice somehow moves the ball but in any case, it was recorded in Ripley’s “Believe it or Not.”

The Ashland Cemetery Association is still classified as a 501(c)(3) non-profit organization which is entirely self-funded through the money received from the sale of burial plots and continues to be financially sound. By law, the city of Ashland would have to take over if it cannot fund itself.

By 1909, the association had purchased 30 additional acres and over the years, about 35 more acres have been added. According to former cemetery superintendent, George Hickman, in 1987, there were enough burial plots to last another 200 years. This statement still holds true today, according to Association President Jim Doyle who also stated, “Plans are now being created for future expansion of additional plots on cemetery association owned land.”