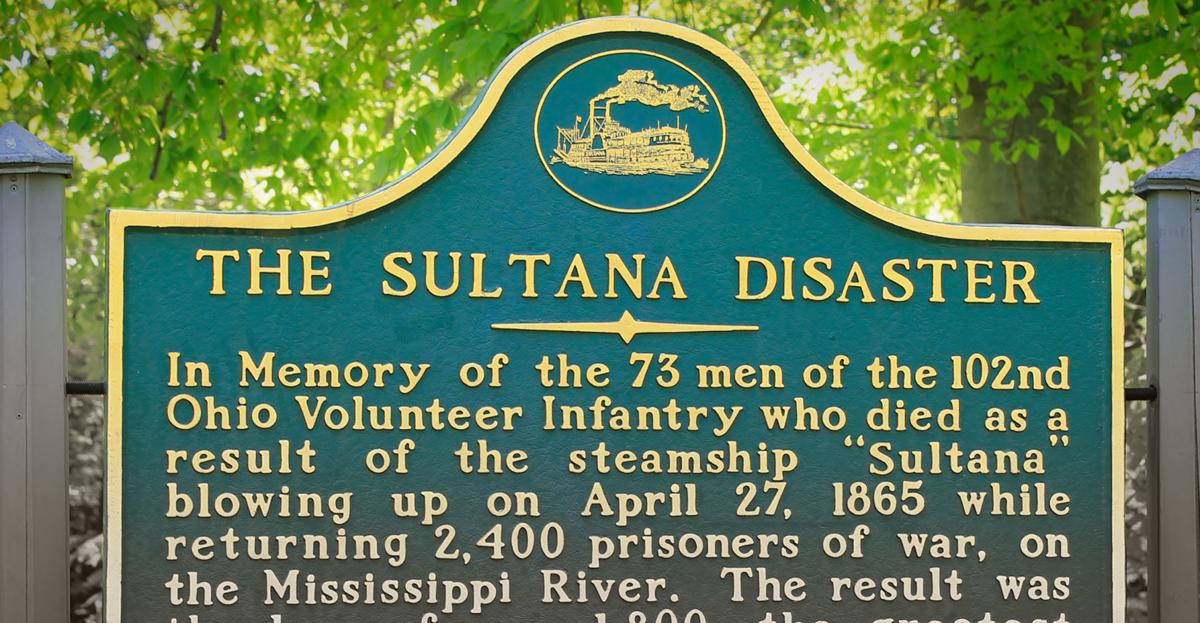 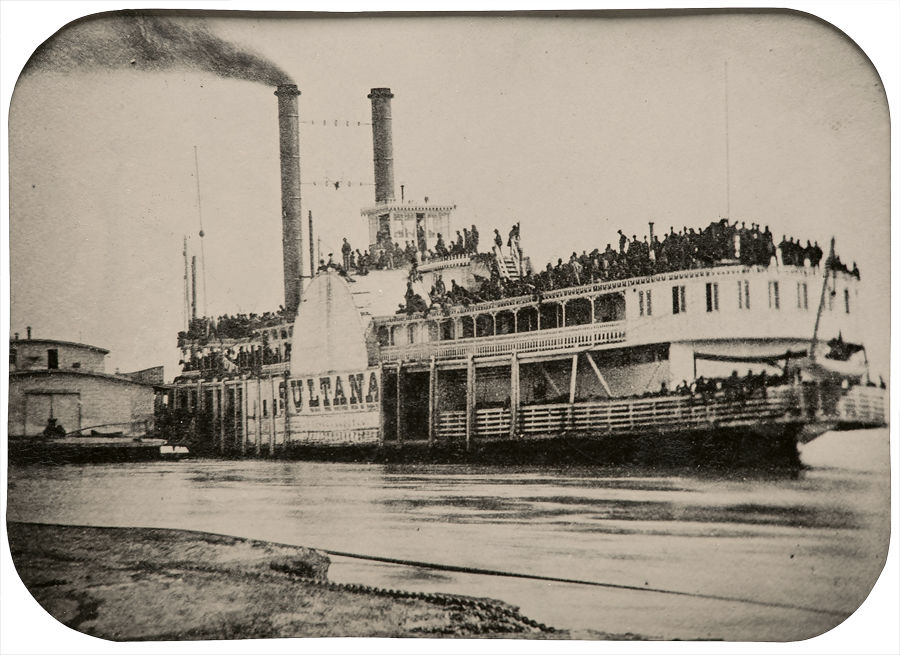 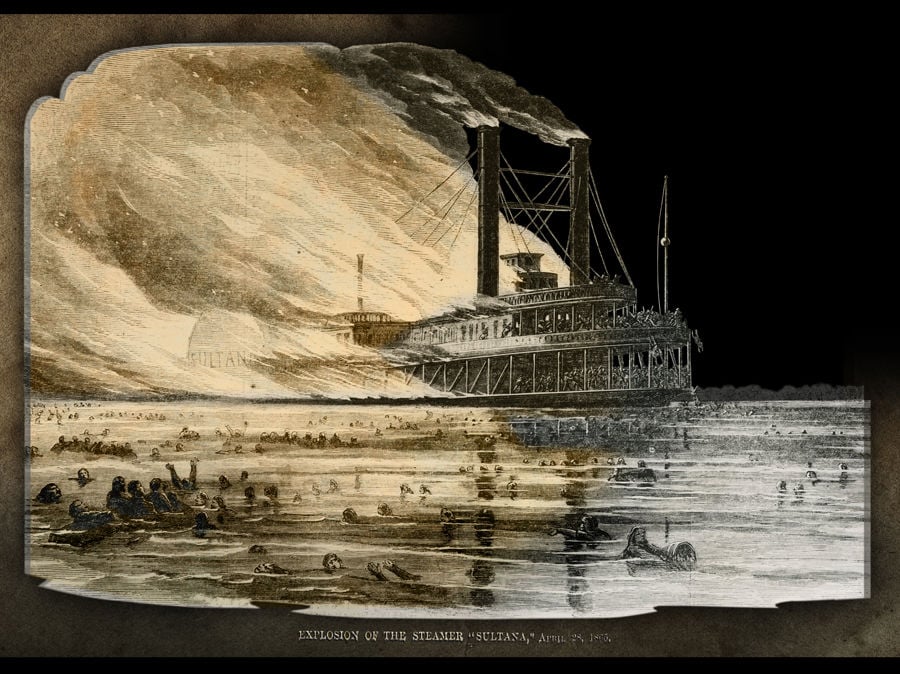 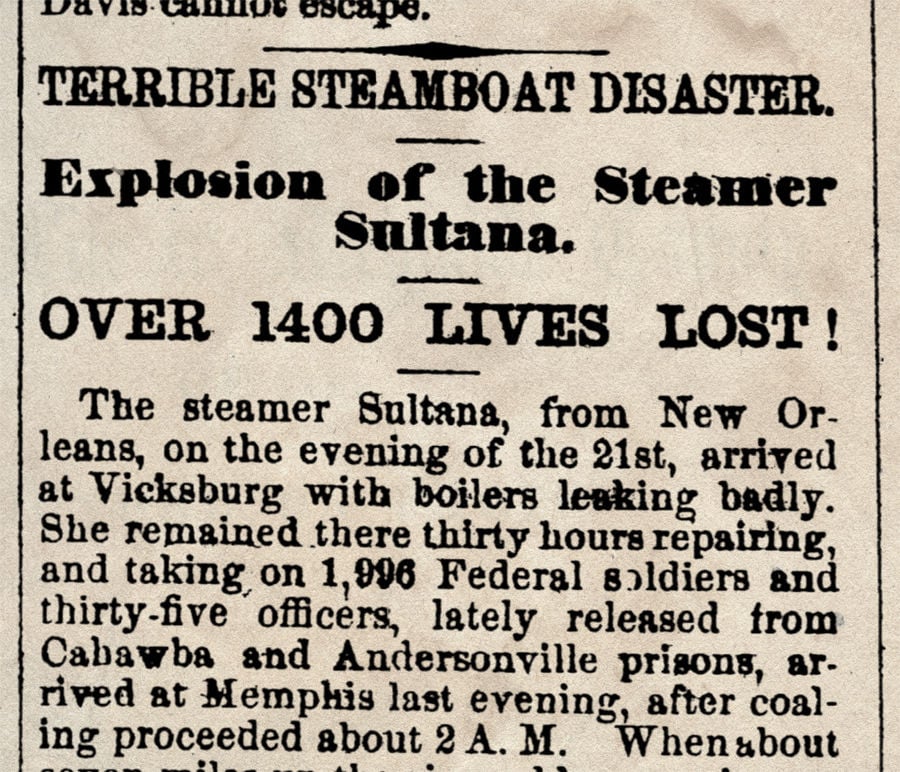 First news of the disaster as it appeared in the Mansfield Herald. 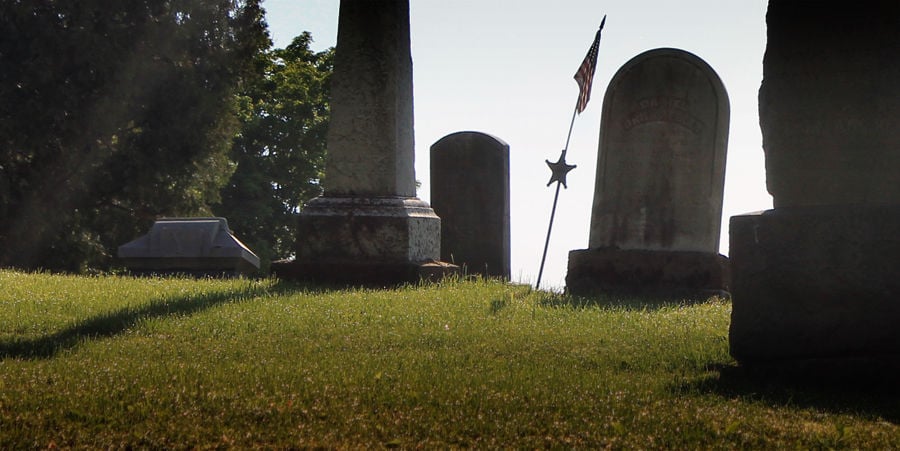 The graves of Civil War veterans are marked with a star designating the GAR: Grand Army of the Republic.

For most of us today, all the connotations that accompany the idea of Memorial Day at the threshold of summer are pretty happy: fireworks, games, potato salad.

In the era almost 150 years ago however, the attendant emotional anticipation was considerably less capricious, far more solemn. That was when the holiday was first established as a day set aside to decorate the graves of soldiers fallen in the Civil War.

There was one place in Richland County where Decoration Day held an aura of holiday that was much more closely akin to the original meaning of the word as a ‘holy day.’

In Bellville, during the decades following the Civil War, the observation of Decoration Day was an occasion of true mourning, and a time of reflection on the mysteries of life and death and fate.

That was because Bellville, of all the towns in America, seemed to have been singled out at the end of the war for a most singular and devastating blow. In one short historic night the village was marked with the somber touch of tragedy by an event that took place 555 miles away.

That was the night on the Mississippi River when the steamship Sultana exploded and 1,700 Union soldiers were killed.

In order to understand this story it helps to know that the men who fought the Civil War all joined the army by enlisting in companies. A Company was numbered of roughly 100 men, and combined with other companies to form a regiment. It was common for friends and associates from each village to assemble into one company together.

A great many of the men from Bellville who joined up together all wound up in one particular unit: Company E of the 102nd Ohio Volunteer Infantry.

If you look in the Bellville cemetery today you’ll see many stones that are all inscribed with that same designation: Co. E 102nd OVI.

When Company E left Richland County they were all wearing handsome blue uniforms with polished buttons and new leather shoes. Where they wound up in Alabama 33 months later, they were lucky to have rags to tie to their feet.

In between here and there they did honorable service. They experienced every kind of humiliation possible in war: fighting not only the enemy, but insects, heat, disease, cold, fatigue and despair.

The boys from Bellville saw action in Nashville and marched more miles than anyone could keep track of. Then they arrived in Athens, Alabama.

Their orders there were to assist their Union comrades in Fort Henderson. But as soon as they were within sight of the objective the Fort surrendered, and the 102nd found themselves surrounded by a swarming surge of the enemy.

Those who survived that battle were marched off to prison.

In the Cahaba prisoner of war camp they hung on for another six months of unimaginably degrading existence to stay alive. Then word reached them in the spring of 1865 that the war had finally run its course, and they were being released from captivity and shipped back north.

The weary soldiers were made to march part of the journey to the Mississippi River. Even though they had to staggered and limp across the fields, it was the lightest trek of the war because they were headed home.

In Vicksburg they were loaded on to a steamboat.

“We were run on to the Sultana like a flock of sheep” is the expression Pvt. Fast used.

There were nearly 2,400 men crammed on to a ship built to hold 376 passengers. None of the men particularly minded the accommodations because inconvenience seemed of small consequence at the end of such a long and humbling road.

They were all relieved, excited boarding the Sultana.

Pvt. Hamon Christine, speaking of the 102nd on board wrote, “I will say they were the happiest set of men I saw. All their talk was home. But in less time than telling it, they were sent to eternity.”

At 2 a.m. on April 27 the ship exploded about seven miles north of Memphis.

It happened all at once and most everybody took the impact in their sleep. Pvt. John Kochenderfer, of Company D, woke up 300 feet from the ship out in the Mississippi where he had been blown clear away from the vessel when the blast erupted.

The boilers on the steamer exploded, the ship caught fire, and it took less than 20 minutes for the vessel to burn to the waterline before it settled into the muddy river bottom.

Those short minutes of catastrophe have filled volumes with words, accounts, emotions. There are unbelievable tales of terror, interspersed with startling stories of heroism.

Kochenderfer remembered the men left on board who were furiously throwing everything overboard that might serve as a raft to keep afloat the hundreds of men thrashing in the water.

Kochenderfer was 100 yards away, hanging on to a cracker box, as the soaring flames illuminated the pathetic scene. He said when the fire finally sank beneath the Mississippi, the nighttime expanse of the river became a great black void.

He was picked up at dawn 18 miles downstream. Other survivors were snagged ashore on both sides of the river as far as 30 miles away.

It all happened so fast no one had any idea who had survived, how many had died, or who any of them were. It took months, years to compile an accounting of the lost and the survivors, and it is still admittedly anything but conclusive.

So you can imagine what it was like in Bellville — where folks were expecting an imminent homecoming of their menfolk — when they learned of the disaster. The Confederate Army had surrendered on April 9, the prisoners of war were exchanged on April 22, and the Sultana ferrying POWs north sank on April 27.

The headlines were horrifying, the details desperately scant. The first names to be printed in the papers didn’t arrive until May 10. Jumbled, misspelled, sadly inadequate, the lists only increased everyone’s fears.

When Joe Reever finally made it back to the Clear Fork Valley on June 30 — 64 days after the explosion — he found his parents had already carved a gravestone for him.

His was a surprising and happy ending. But for every boy who came home from the Sultana there were three who didn’t make it — many of whose bodies were never recovered from the river.

To some extent every soldier left home prepared to die. When the end actually came for the 102nd OVI no one was expecting it. Certainly not the folks back home who were relieved the war was over.

Of the roughly 6,000 men who left for the war from Richland County training camps, about 1,677 did not come home afterward. Of those 1,677 honored dead, approximately 550 were killed in action, 1,127 were taken by disease.

Over 100 of those Richland County men were all swept away on one single night, after the war was over. That is why they put up a memorial marker in South Park to list the names of those men of the 102nd known to have died that night.

And that’s why for many decades, well into the 20th century, the solemnities in Bellville were always especially subdued every year on Decoration Day.

All wars are horrific and every armed conflict ends in tragedy — no matter who wins, everybody pays for war. For some people the cost is higher.

For the village of Bellville the cost of the Civil War was beyond all reckoning.