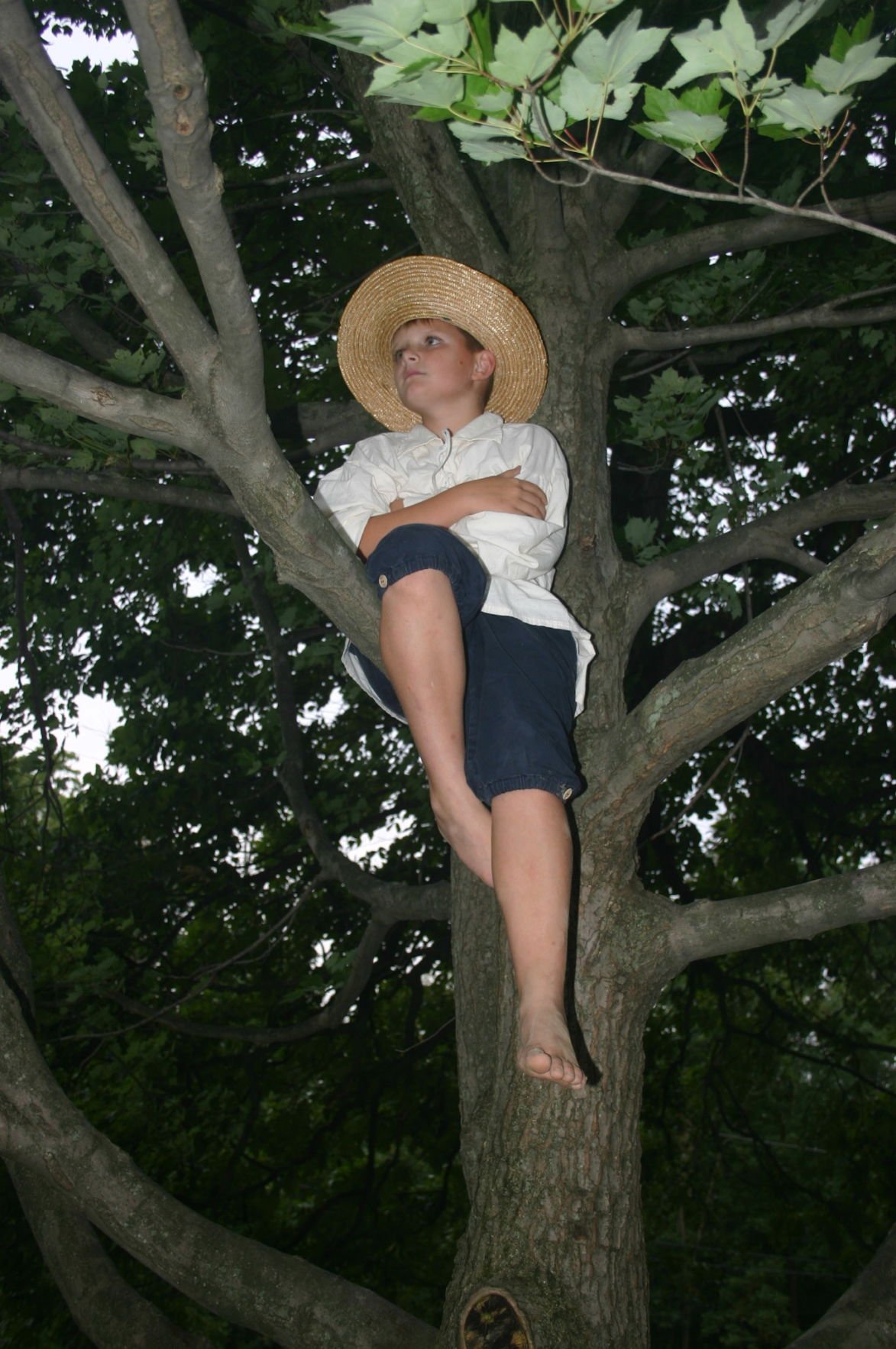 Jacob Blows His Horn is a book by Mansfield's Paul Lintern. (Submitted Photo) 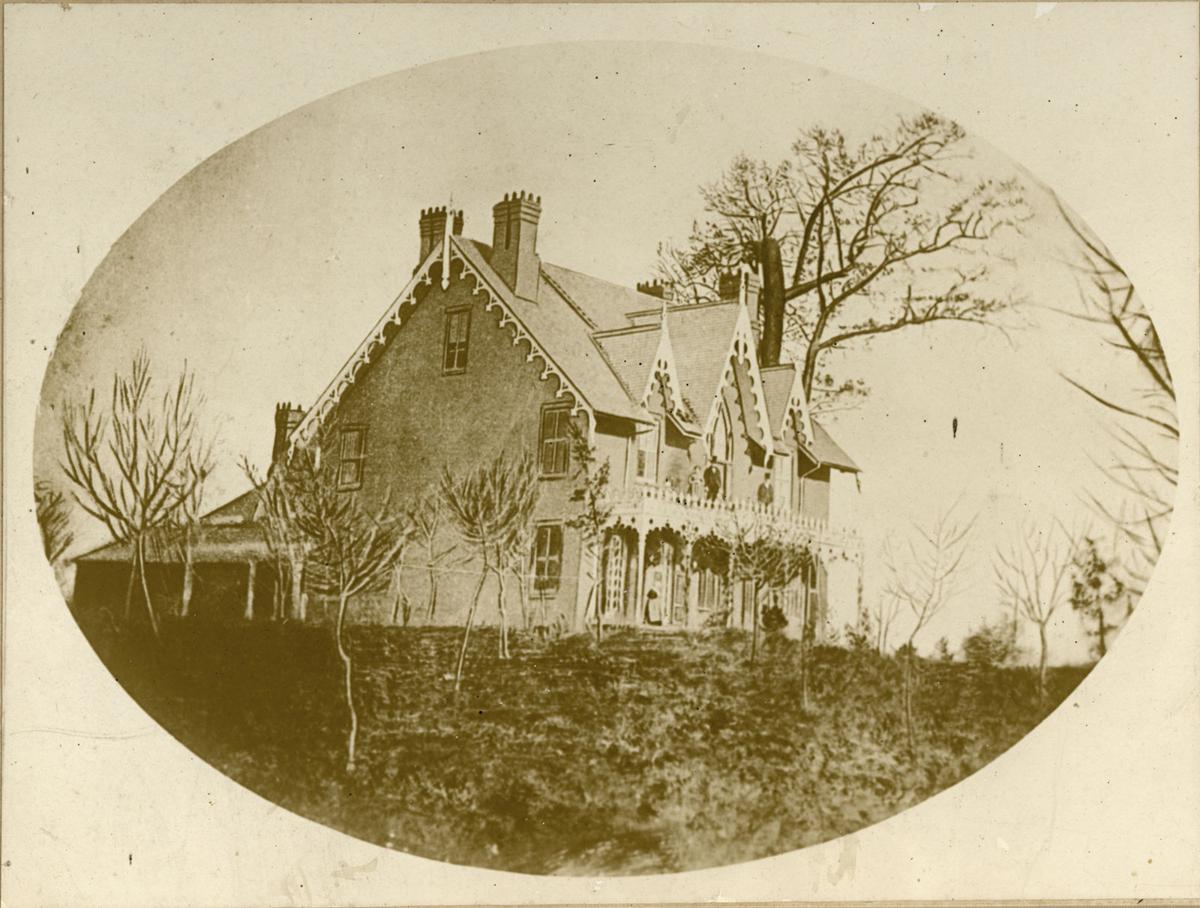 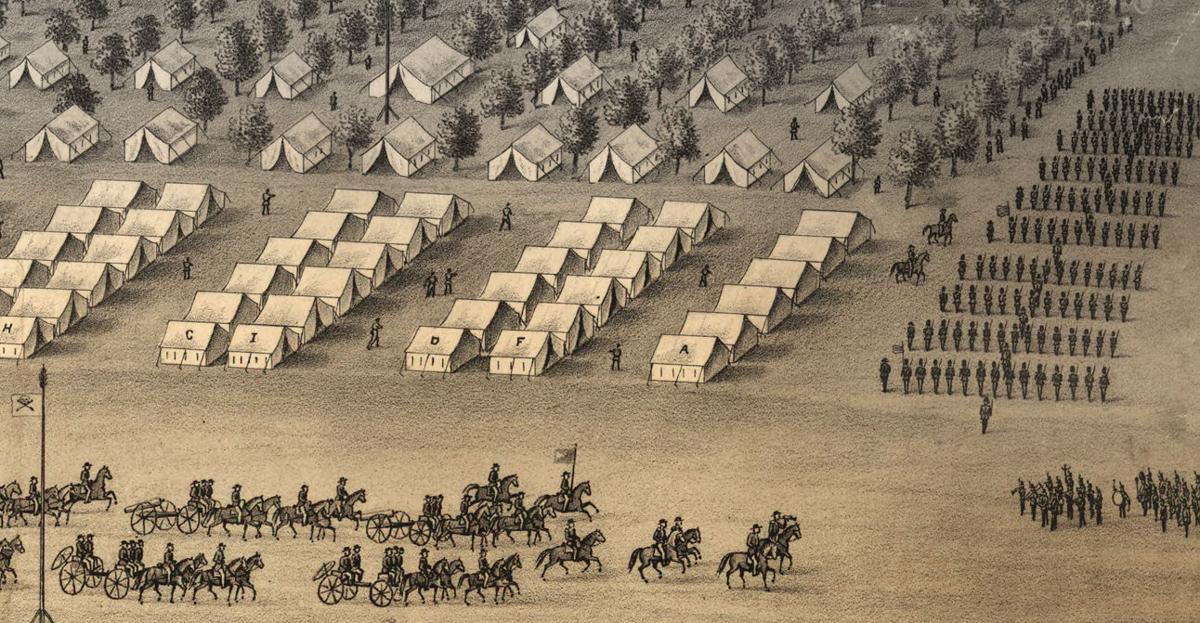 Editor's Note: This is an ongoing series which runs each Thursday morning titled the Richland Chronicles Volume 5, by author Paul Lintern. It is set in the 1860s and tells the story of Richland County through the eyes of young people. This is the fifth in a series. Volume I was Amelia Changes Her Tune. Volume II was Isaac and Wolf Paw Find Their Home. Volume III was Autumn Keeps Her Secret. Volume IV was Mr. Gamble Starts a School.

"Jacob Mordecai Zimmerman, you come down from that tree this instant. And stop blurting that infernal horn!"

Jacob's middle name was not Mordecai, it was Michael. But when his sister was mad, she didn't want to say his correct name. That made her sound just like Mama when she was angry with Jacob, a regular occurrence.

"I'll come down when I am good and ready, Miss Cassiopeia! And that will be after my bugle practice."

Her name was not Cassiopeia, it was Cassandra. But Jacob knew she didn't like that, especially since he liked to remind her that Cassiopeia, a constellation in the northern sky, was also nicknamed "The Lazy W."

"I'm no lazy bunch of stars and you are no trumpeter. That sound is scaring the chickens up and down Third Street. I don't know why you have to play that silly thing."

Jacob knew why. It was his only way to get into the army and be part of this great war that was brewing, what with the Rebels trying to take their states away from the country. Mr. Sherman was starting a brigade and he was ﬁxin' on getting in.

"Well, Mama says it's time to get cleaned up so we can run supper up to Papa and the boys. I know you don't want to miss that."

"That's the best news of the day," Jacob thought. "Not the getting cleaned up part, but taking the meal to camp," which was down the hill and across the railroad tracks from where the Zimmermans lived.

It was training camp for the Sherman Brigade and Jacob's father had enlisted, along with Jacob's two older brothers, Philip and Nathaniel, and his half brother, Levi. That suddenly left Jacob alone with Mama and his twin sister, Cassie. He felt very outnumbered by the women of the family.

Grandpappy Zeiter was there, too, but Jacob would much rather go be in the army with the Zimmerman men. There was one problem. Jacob was 10. Hence the bugle practice, which now would have to wait.

He tied two ends of a short rope to the bugle and had it around his neck and one shoulder. Jacob slung the bugle to his back and started down the large oak that stood behind his house.

It was one of the few trees to survive clearing a farm here 40 years ago, and building neighborhood homes during the last 20 years. It was his hideout, his headquarters, his mountain, his castle, and his escape from people who don't like to climb, particularly his twin sister.

That is why, around the other shoulder was a second rope, this one tied to a spyglass, as long as Jacob's arm, a gift from his grandfather, after whom Jacob had been named. When Jacob had to come down from the tree because of somebody else's demand, he would slowly descend, carefully stepping on each branch, taking his time, because his mother or some other concerned adult was telling him to "be careful, don't slip, watch your step."

If it was his mother, it was usually followed with "I don't know why you have to spend so much time up there, so high. You'll be the death of me, don't you know."

This time, however, and anytime Jacob really wanted to get down, he could lower himself lickety-split, as though it were a controlled fall. He knew the tree, and how to climb, that well.

"We need to get apples from the fruit cellar, and grab the calico blanket. We'll all eat on it tonight," Jacob's mother was saying to Cassie as Jacob walked in.

"Jacob, angel, put shoes on, and go look after Maggie. We'll leave her here and walk down tonight. I'll give dinner to Grandpappy ﬁrst."

Maggie was the family horse, used mostly to pull the buckboard that also served as the family carriage. Sometimes the boys rode her, but mostly she took the family places for special occasions, and pulled the wagon when hauling was required.

A horse in town was rather a luxury, but Jacob's mother always had one while growing up on a farm north of town and said she could not imagine life without one. Wearing shoes was a form of punishment as far as Jacob was concerned, but he didn't complain this time. He quickly washed his feet by the well behind the house, pulled on his shoes and darted into the carriage house, a square building with a barn door facing the alley and a loft with hay on one side and a bed and chair on the other.

It was where Levi lived -- Levi's Loft they called it -- until last week when he joined President Lincoln's army.

"Hello ol' Magpie," he greeted the mare as he walked in.

Maggie and Jacob did not have much of a history together, because the older brothers mostly took care of her and because Jacob was not fond of animals, especially horses. He wasn't fond of cows, either, or goats or sheep or cats or big dogs, or little ones, for that matter.

He also didn't like anything wild, little or big. He was rather impartial to insects, too. It wasn't so much a dislike or fear as it was just tolerance. He didn't run away from animals, it's just that he didn't run toward them. Animals seemed to notice his disinterest.

He knew he would have to take more responsibility for her, at least until he was training with the brigade. Cassie actually was more familiar with Maggie than Jacob. Unlike Jacob, she did like horses, and animals in general.

"Just going to throw some feed here in the bucket, and here's your water. Guess I better comb you a little.

"Oh and clean that up," Jacob said to Maggie, mostly to remind himself.

By the time he was ﬁnished, Cassie and Mama were coming out the door of the kitchen, blanket folded over Cassie's arms and a picnic basket under the crook in Mama's left arm.  She held out a sack of apples and potatoes for Jacob to carry.

The walk to Camp Buckingham was not a long one. First, they went north down the hill past Fourth to Bloom, then east a short way to Mulberry, then north across the bridge at Touby's Run and the tracks, then past the big Oak Hill Cottage, and a short stroll up Springmill Road.

Oak Hill Cottage was a beautiful Gothic brick home that until recently was occupied by the Robinson family. Now it sat empty. The camp lay in the ﬁelds just to the north, an expanse of the Long farm, a pasture ﬁeld bordered by trees to the north and town to the south.

Tents were sprouting everywhere in long rows as though they had been planted like corn. Men were everywhere gathering in long rows for meals that were being served out of large pots. It was a time of relaxing between the afternoon drills and the evening exercise.

The three nonmilitary Zimmermans walked right up to the area where Mr. Zimmerman had his tent, and while he was not yet there, the three brothers were already gathered, waiting for a home-cooked meal, something for which every soldier longed, even those like Jacob's brothers, who could almost see their home from the camp!

"Zimmer-men, 'ten-shun,’” Phillip said as the family approached, and Nathaniel and Levi jumped to their feet in salute of Mama and the twins, who then assumed a marching cadence to the Zimmerman campﬁre.