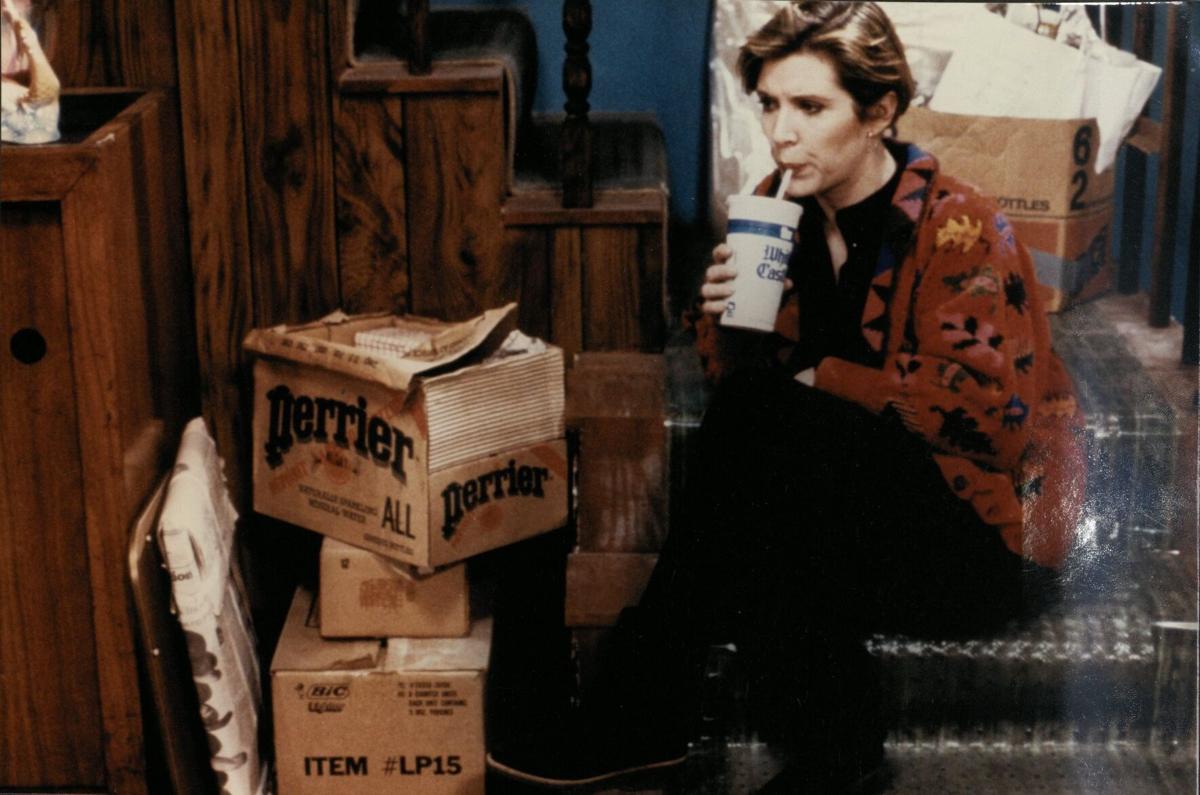 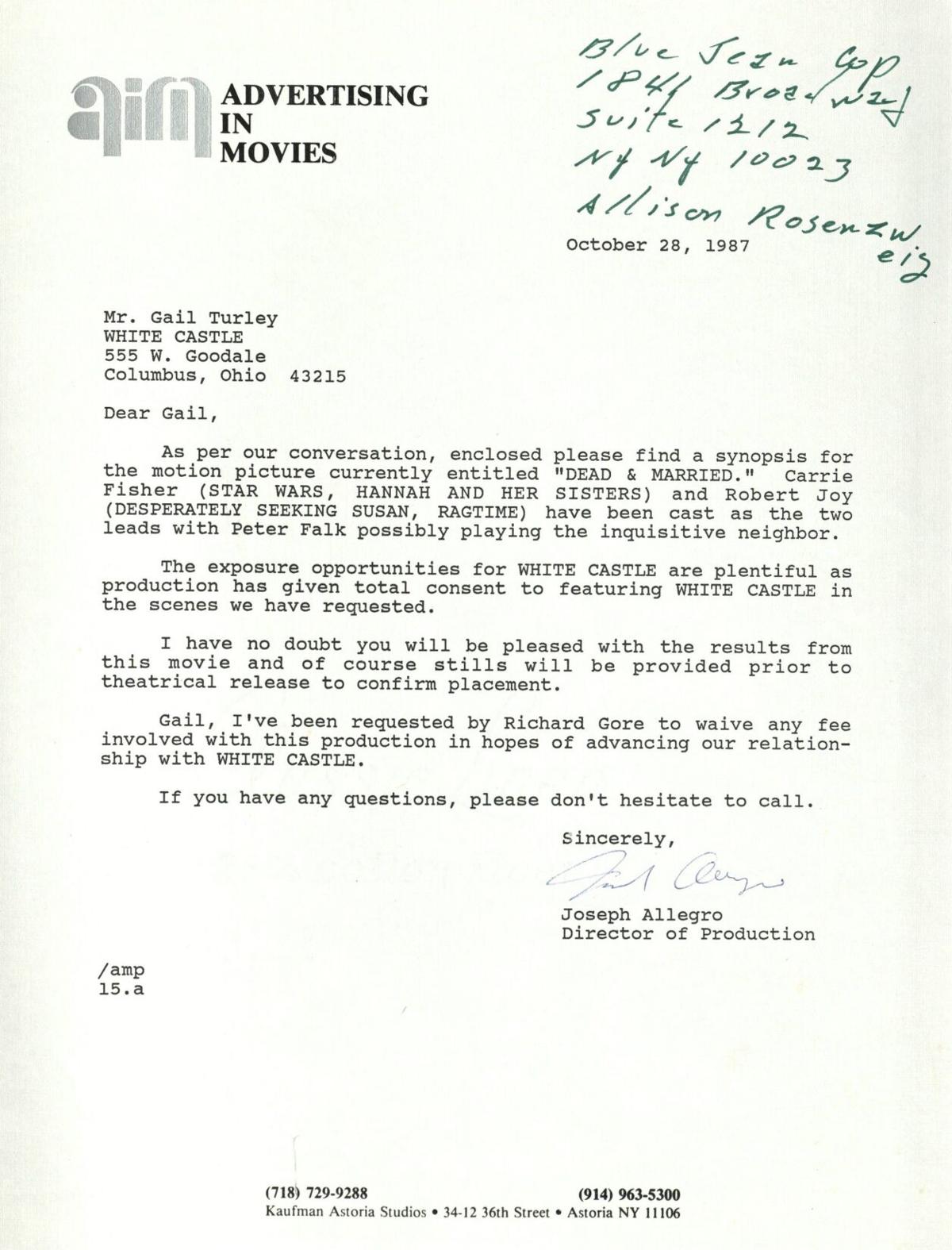 In recent weeks I’ve been working on the Ohio History Center’s White Castle Collection, going through boxes of that company’s photos and other assorted materials.

A great deal of the material I’ve encountered has been from the 1980’s in some capacity, be it administrative documents (White Castle has been headquartered in Columbus since 1936) or pictures of White Castle buildings. So imagine my surprise when I discovered several photos of what appeared to be Carrie Fisher, of Star Wars fame, drinking from a White Castle to-go cup.

Intrigued, I set the photos aside. Shortly thereafter I came across a 1987 letter to White Castle from a movie producer discussing product placement for “Dead and Married,” a film starring Carrie Fisher and Robert Joy.

The film, which was released in 1989 under the name “She’s Back,” follows a married couple after Beatrice (Fisher), the nagging wife, is murdered in a home invasion, and her timid husband Paul (Joy) seeks revenge on the men that killed her.

The movie’s title is derived from the fact that the wife’s ghost (only able to be seen and heard by Paul) follows him around, urging vengeance upon her killers.

Unfortunately, the movie was absolutely terrible and quickly forgotten. The handful of reviews from the Internet Movie Data-Base share in their assessment, describing “She’s Back” as “almost at the level of a high school play,” “one of the absolute worst movies ever made,” and “trite, derivative, and stupid.”

For those who wish to see for themselves, someone uploaded the full movie to Youtube, where Carrie Fisher’s character can be seen brandishing a White Castle cup and burger throughout the first five minutes of the film.

Carrie Fisher’s iconic superstar status from her role as Princess Leia, coupled with her relatively recent death less than a year and a half ago, makes this discovery particularly topical and interesting, and it serves as a memento to one of her least popular or recognizable works.

It is also fitting that it should be discovered so close to May Fourth, the widely celebrated Star Wars holiday. Often the materials I find are interesting or relevant to only a small portion of the general public, so this time it’s nice to be able to share about such a widely familiar figure as Carrie Fisher and how she, however indirectly, relates to Ohio’s history.