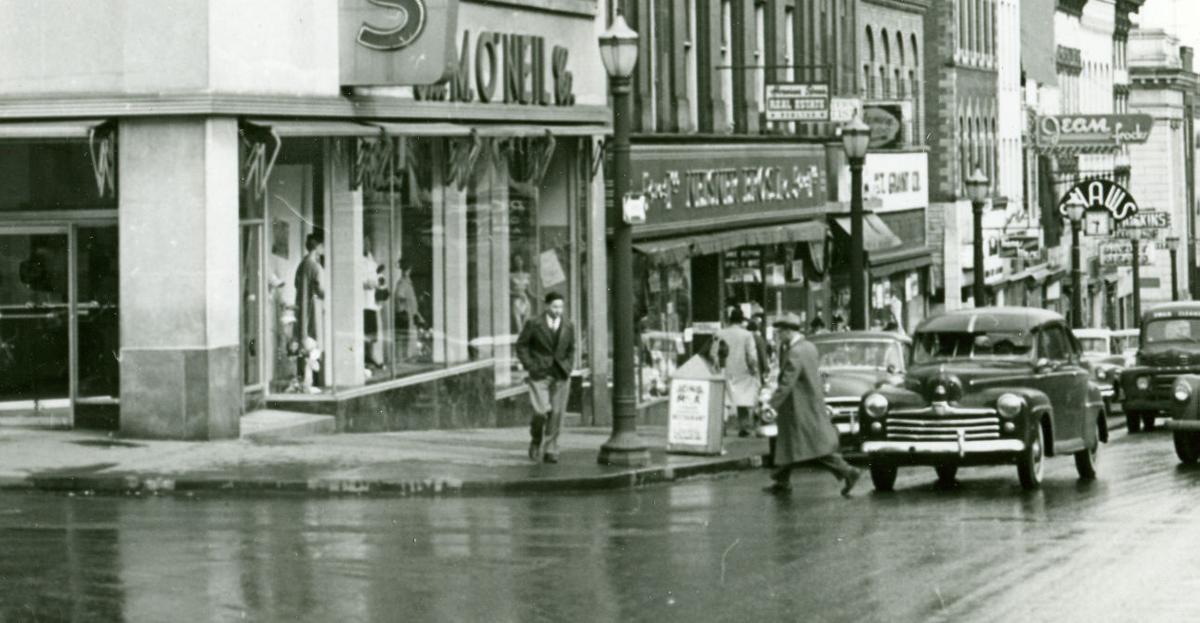 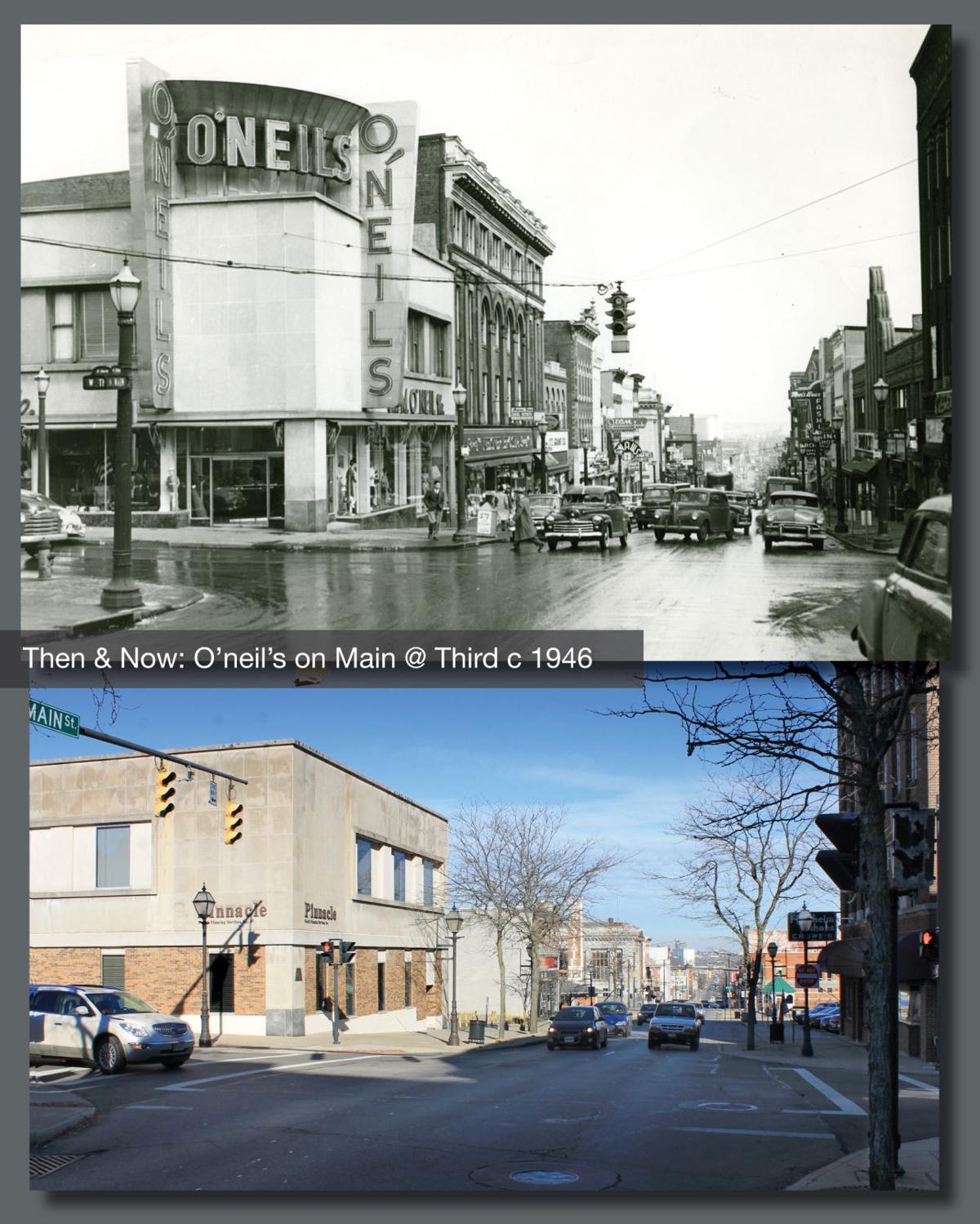 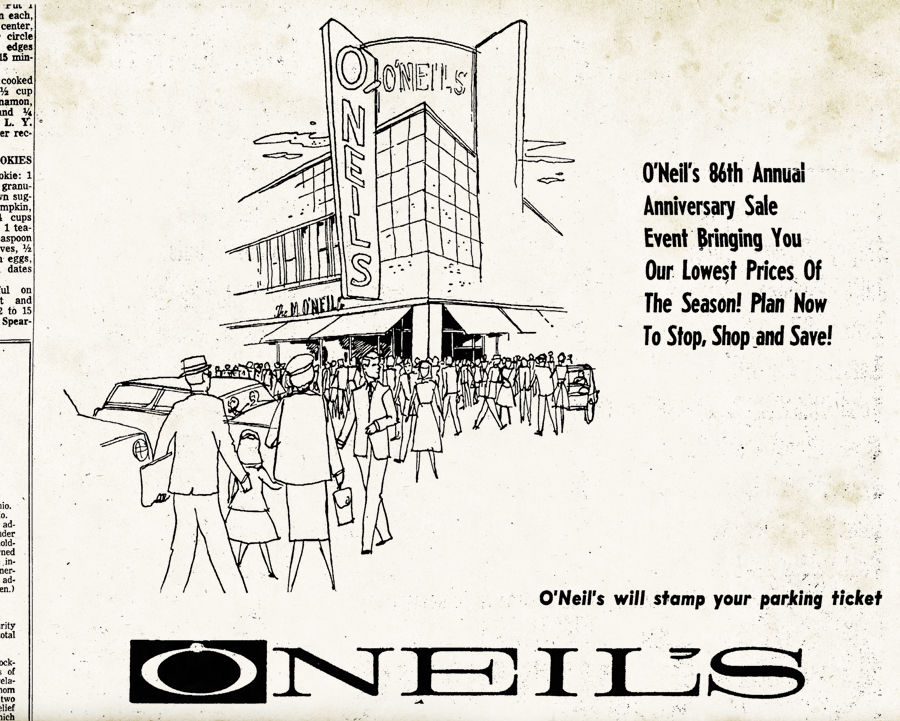 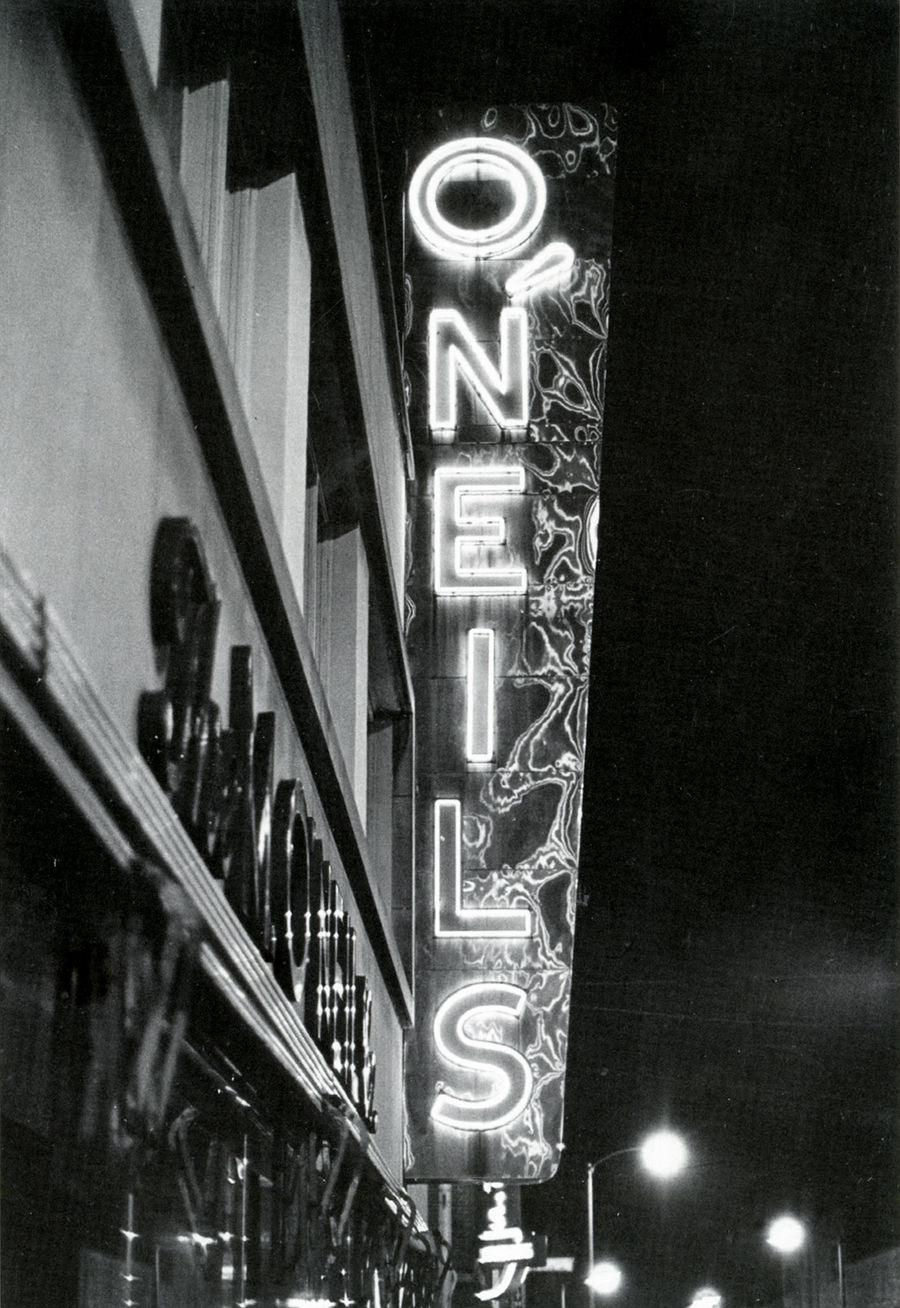 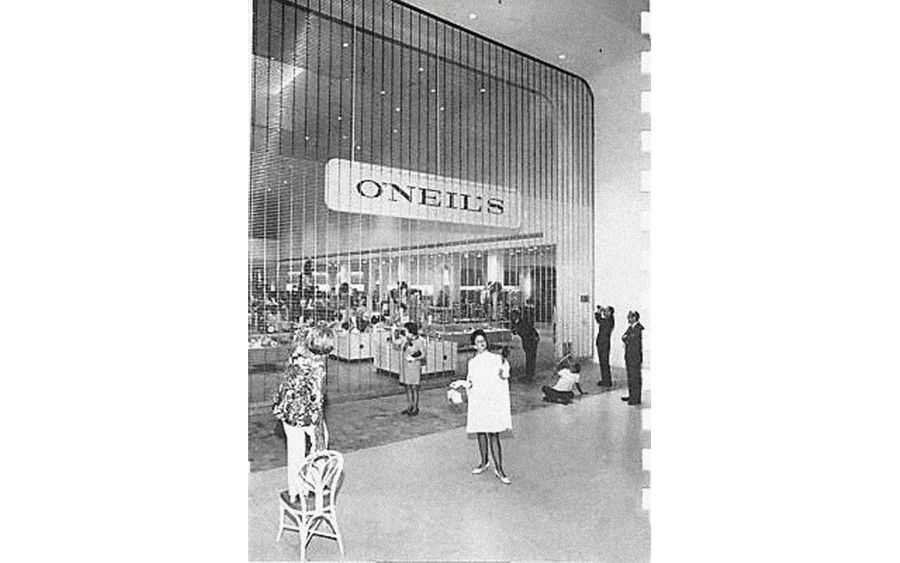 Anticipation ran high for the opening of O’neil’s in time for Christmas shopping in 1946, and workmen worked around the clock for weeks remodeling the old building to be ready to open the doors.

They were expecting a crowd of no fewer than 10,000 people. Fifty thousand actually showed up at the grand opening, and you have to wonder where they all parked.

O’neil’s moved out of downtown in the late 1960s when the mall was built.