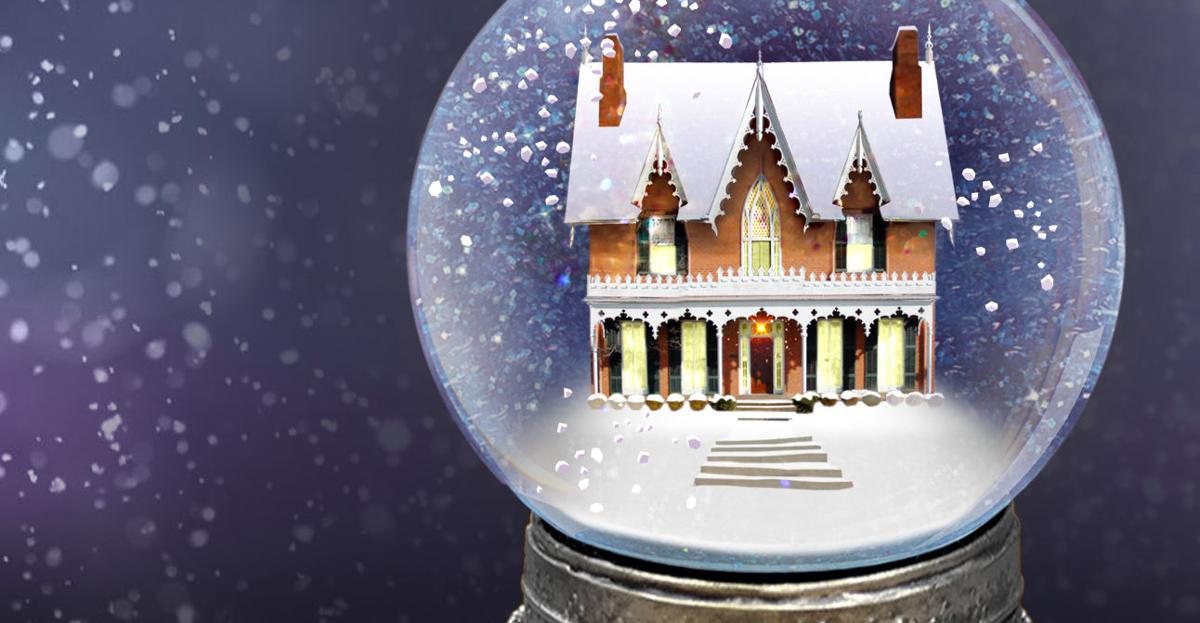 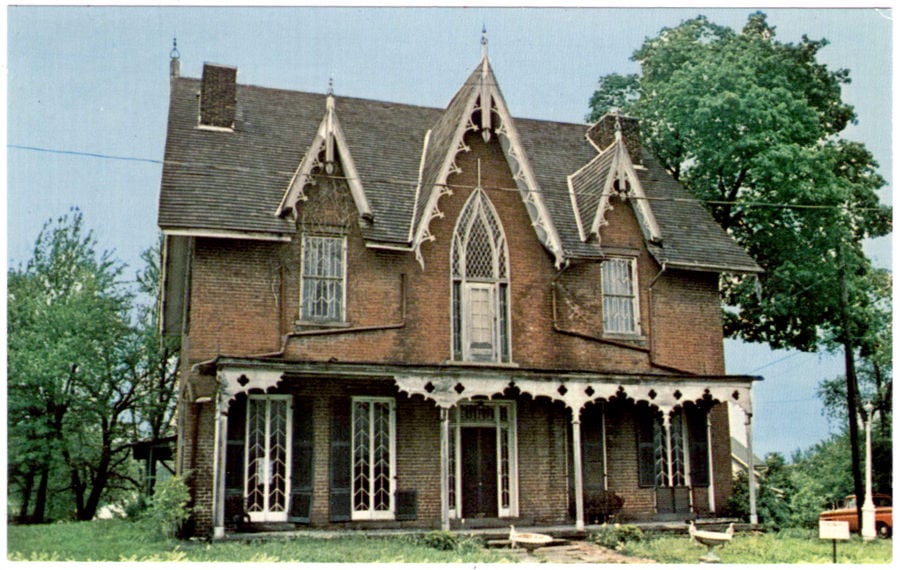 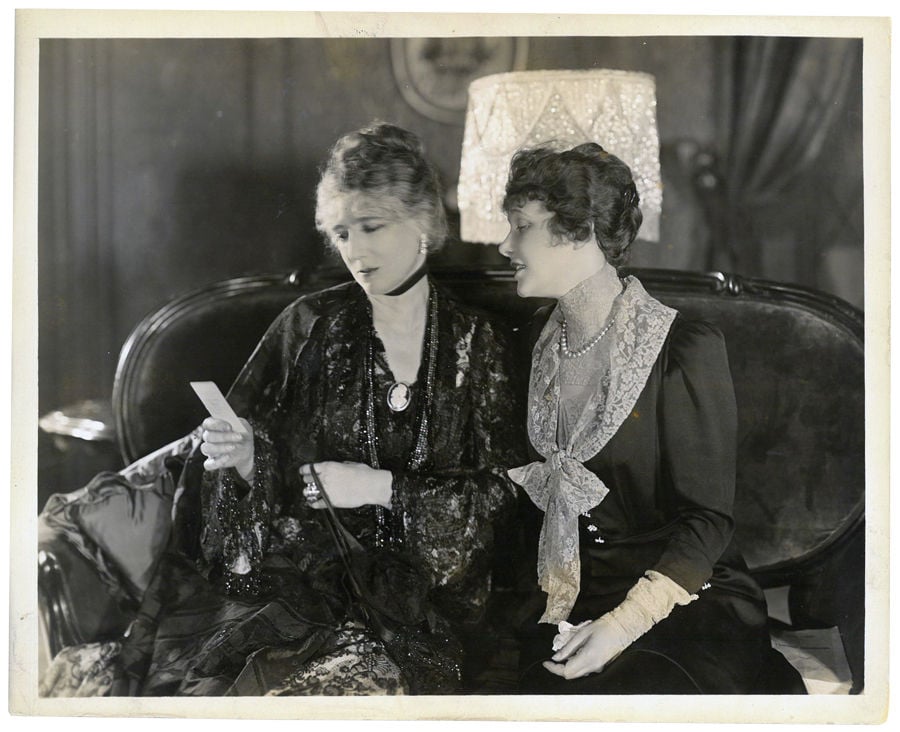 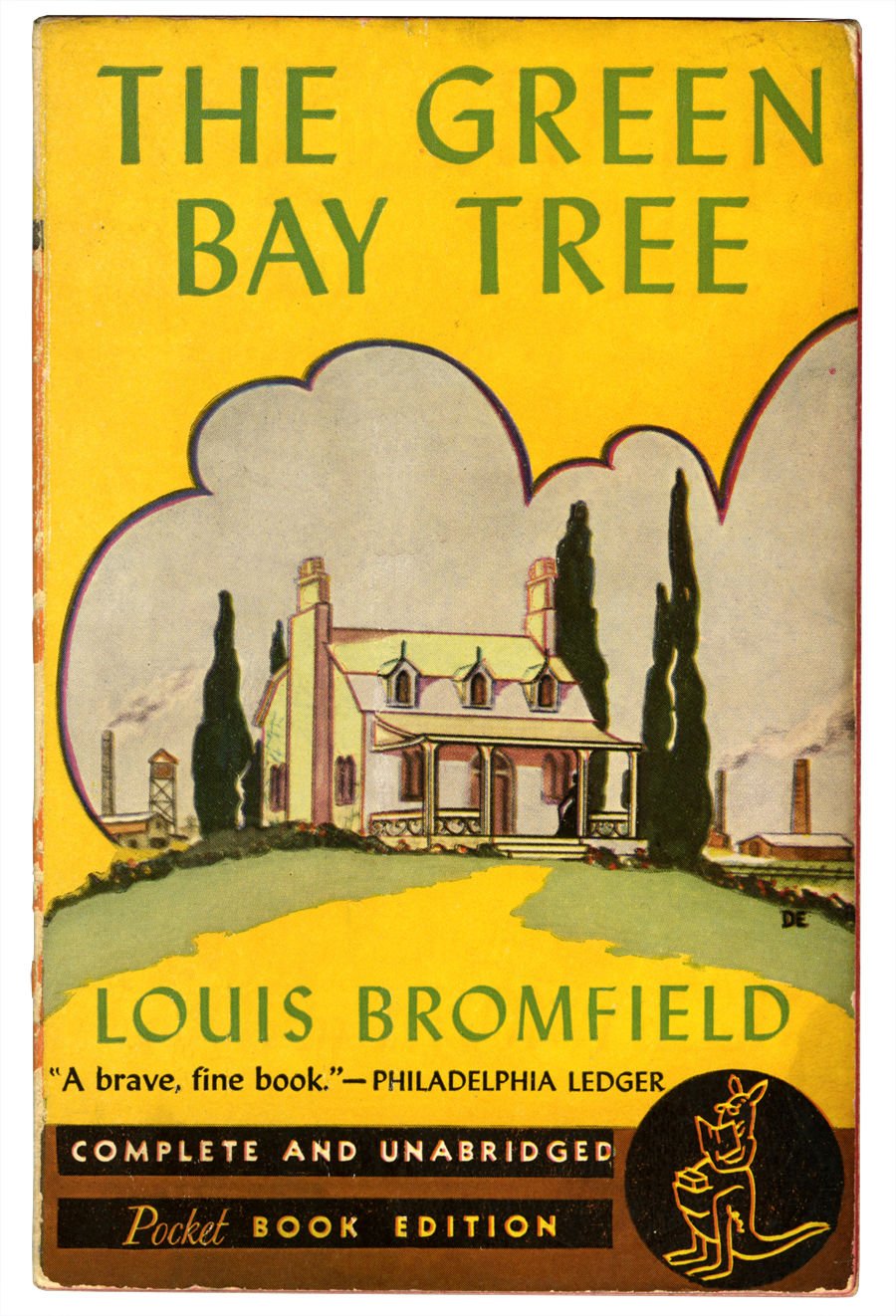 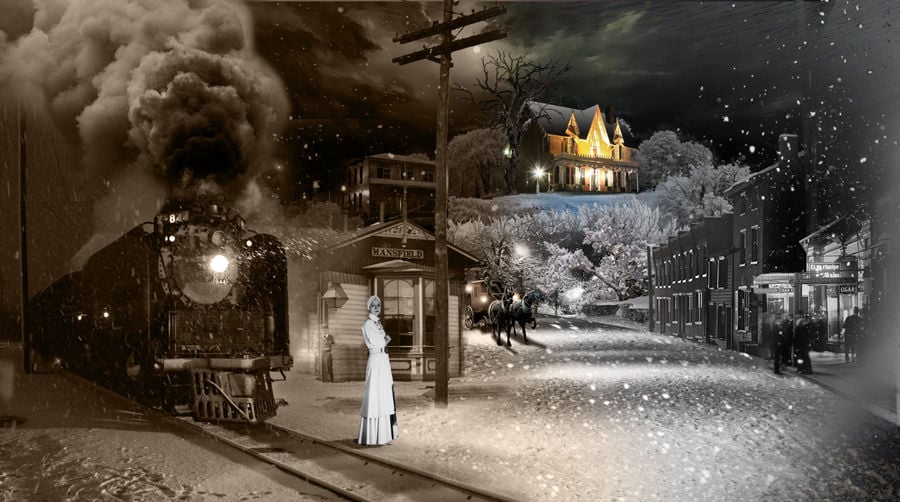 I had to wait until it snowed before I could write this. It is a memory that is awakened only by snow.

Every year when the atmosphere turns suddenly thick and dark with falling snow, so that the neighborhood gets more three-dimensional as the distance fades out in gray, it makes a more clearly defined sense of proportion in the world we occupy.

For me it awakens a sense that transcends time, and opens doors to the past.

As the snow builds up on the ground it is slowly erasing the familiar world, creating a blank canvas where any kind of landscape might be latent.

It was a day like this — dark gray, the world slowly being swept away behind gusts of snow — the first time I picked up The Green Bay Tree as a young man.

It is the first book, the first bestseller, by Louis Bromfield: a story that takes place in Mansfield.

As I turned the pages of the old novel the modern city around me drifted, blurred, darkened; and in the book that other Mansfield — the city from 100 years ago — stirred and took life.

It was so familiar to me — the streets of town, the Flats, the hills, the sandstone mansions, the steel mill — but it was all recast with people for whom all these sites were new and fresh and vital to their lives.

I recognized immediately the very house where this story was unfolding — I had walked around its blackened walls, studied its missing pieces. In my time it was a proud remnant from another century, but sadly broken.

Yet here in the pages of the book it was new and alive, its doors opening and closing to the drama and romance of folks who took its grandeur for granted. Consumed by their own passions, the walls and windows of the cottage were just a backdrop for the scenes they made with one another.

So focused in their own needs and strivings, how could any of them have dreamed, even for a moment, that one day it would be only these walls and stones that remained to resonate whatever echoes might faintly report that they had ever lived?

It was the experience of reading Louis Bromfield’s first novel set in Mansfield that awakened in me the sense of mythic awareness of our town: that the very streets and bricks and reflecting windows are layered with lives and stories and many meanings: like true poetry.

There is something about those printed and bound words telling a story of our town that gives richer meaning to every sidewalk and curb and old creaky stairway downtown.

The novel was written in 1924, and the story spans a time period between 1898 and 1920. Bromfield imagined his own great-aunt transformed into the literary character Julia Shane, and his great-aunt’s four daughters were recomposed into two fictional girls: Irene and Lily Shane.

It was his great-aunt’s home, which Bromfield knew in his childhood as Oak Hill Cottage, that he transformed into a largely symbolic setting called Shane’s Castle.

The book sold 698,115 copies, and its wide success emboldened Bromfield to repurpose the material into a play intended for a New York stage production.

His play was called The House of Women, and on the stage of the Maxine Elliot’s Theatre in 1927 the character of Julia Shane took breath once again, re-substantiated from his great-aunt into the actress Nance O’Neil.

The action of the play took place entirely on one set: the drawing room and living room of Shane’s Castle.

It is amazing to think that audiences in New York City — hundreds, thousands of people — all watched the Mansfield drama unfold in a stage semblance of the Oak Hill Cottage living room.

It is staggering to imagine 600,000 copies of The Green Bay Tree, and how many different people read each of those copies. Surely more than a million readers have imagined Shane’s Castle.

Bromfield’s description of the house in his novel differs, in more or less substantial ways, from the building that actually stands on the hill above Springmill Street. It’s hard to say what anybody who has never been to Mansfield would picture in their mind of our landmark.

But for me, every scene at Shane’s Castle takes place in a clearly detailed corner of the Oak Hill estate. Especially when it snows.

There are two chapters of the book that actually take place in the snow. One of them, among the most unforgettable incidents in the story, is a riot scene among striking union laborers that takes place on the grounds at night, lit by a bonfire in the snow. The episode is so vividly drawn by Bromfield that it is easy to imagine the broad lawns of the estate circled by a tall hedge of shrubbery, even if you have been to Oak Hill today and know that the expansive grounds are now severely truncated to within a few feet off the front step.

The scene I see in my mind however, when the first snow falls every year, is a much smaller moment in the book.

It happens in chapter XIV: the glamorous daughter has been away in Paris for years and she comes back home unexpectedly. She arrives on the train in the night in the falling snow.

There is not a lot written of it in the story, only a couple short paragraphs, but I know that the train station stood at the bottom of Oak Hill on Springmill Street. Go there today and you’ll find a sad little empty, broken depot — not the ornate station that was there in 1904. The area around the tracks and Springmill Street is bare and weedy, but back then there were buildings lining the street: businesses, hotels, houses, a saloon.

You can’t really picture it today unless the snow is flying enough to obscure what is there and allow the possibilities of what may have been there. Even the character, Lili Shane, experienced a snow-shaped moment of surreal dreamlike revelation when she stood on the station platform and looked around at the cityscape blurred by a soft whiteout.

I go there sometimes at night when the snow, slowly suspended in the air, muffles the present; and it seems as if those ambient noises from the gas station nearby could be, rather, distant piano tunes from the saloon, soft footfalls of horses drawing carriages, deep panting of the waiting locomotive.

The dark brings a bittersweet melancholy — so much lost, so many hopes as yet undreamed. And above it all, quietly lit in the distance, like a noble beacon from the past, is Oak Hill in the snow.

For more background on Louis Bromfield and his Mansfield novels watch this 16-minute documentary:

This is for my friend Marge Graham, who also played Bromfield's great-aunt in costume, and will always be the image I carry in my mind of the grand old lady.