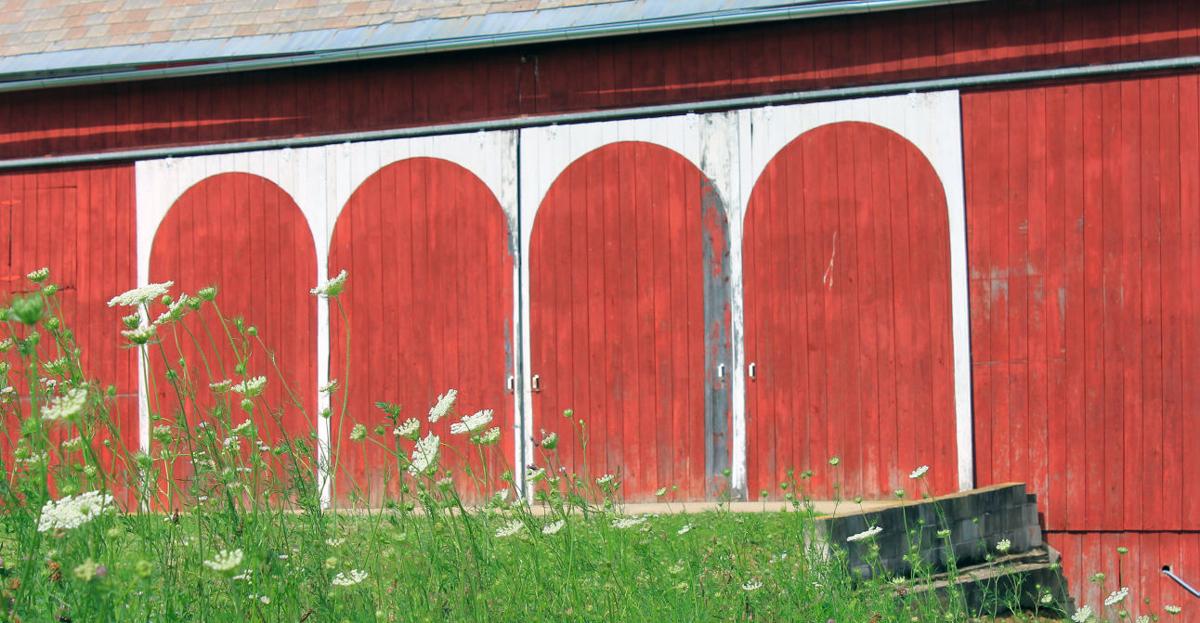 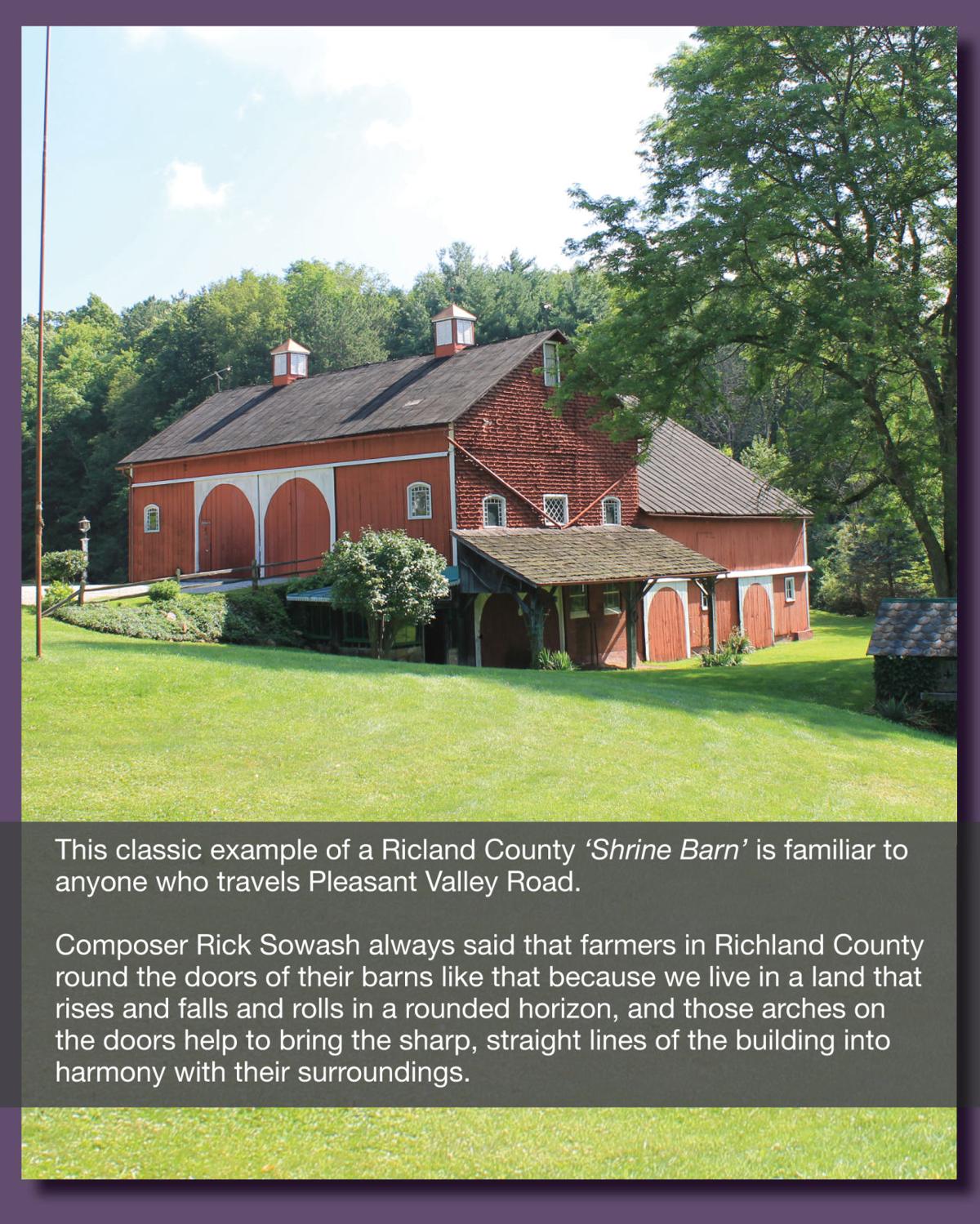 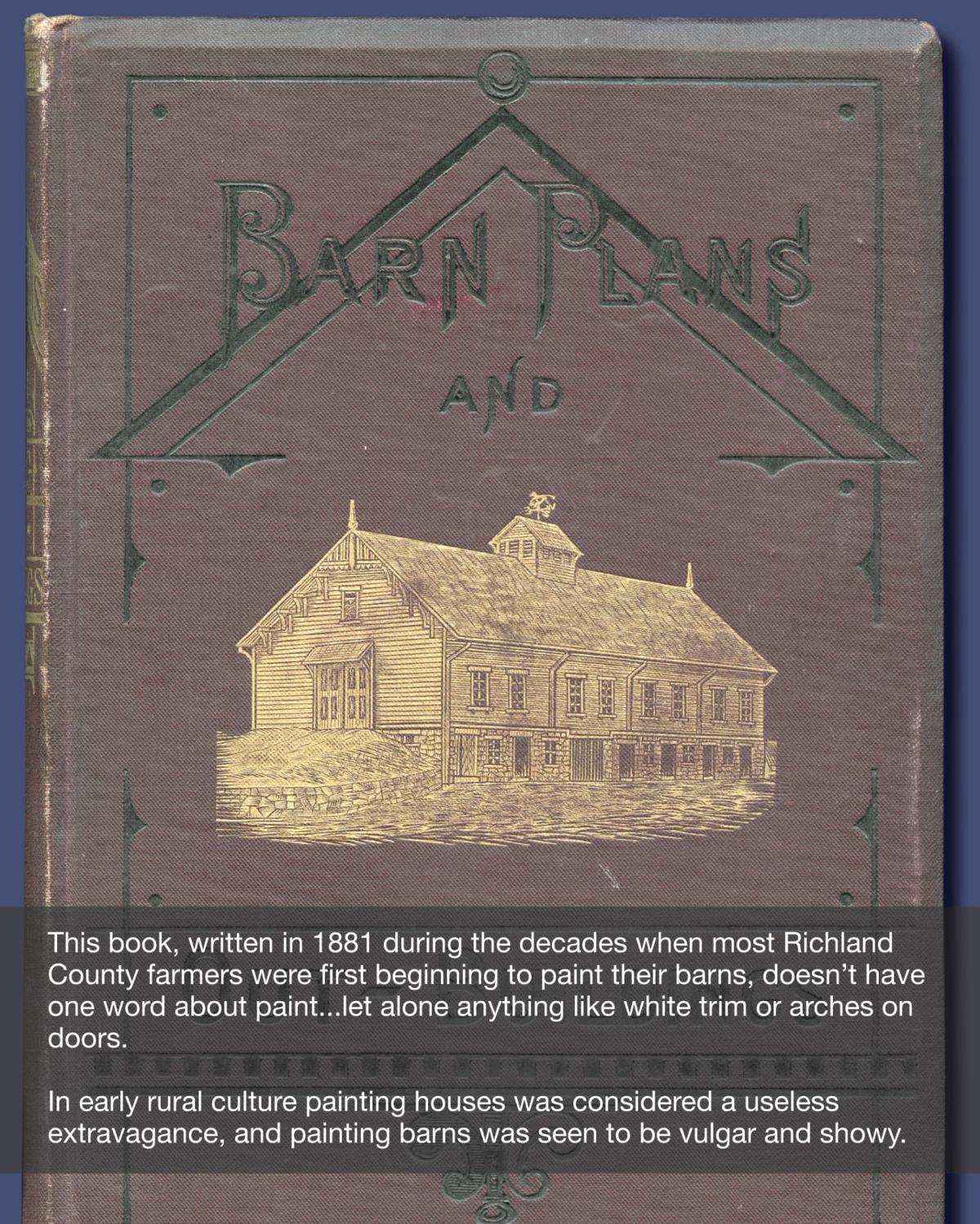 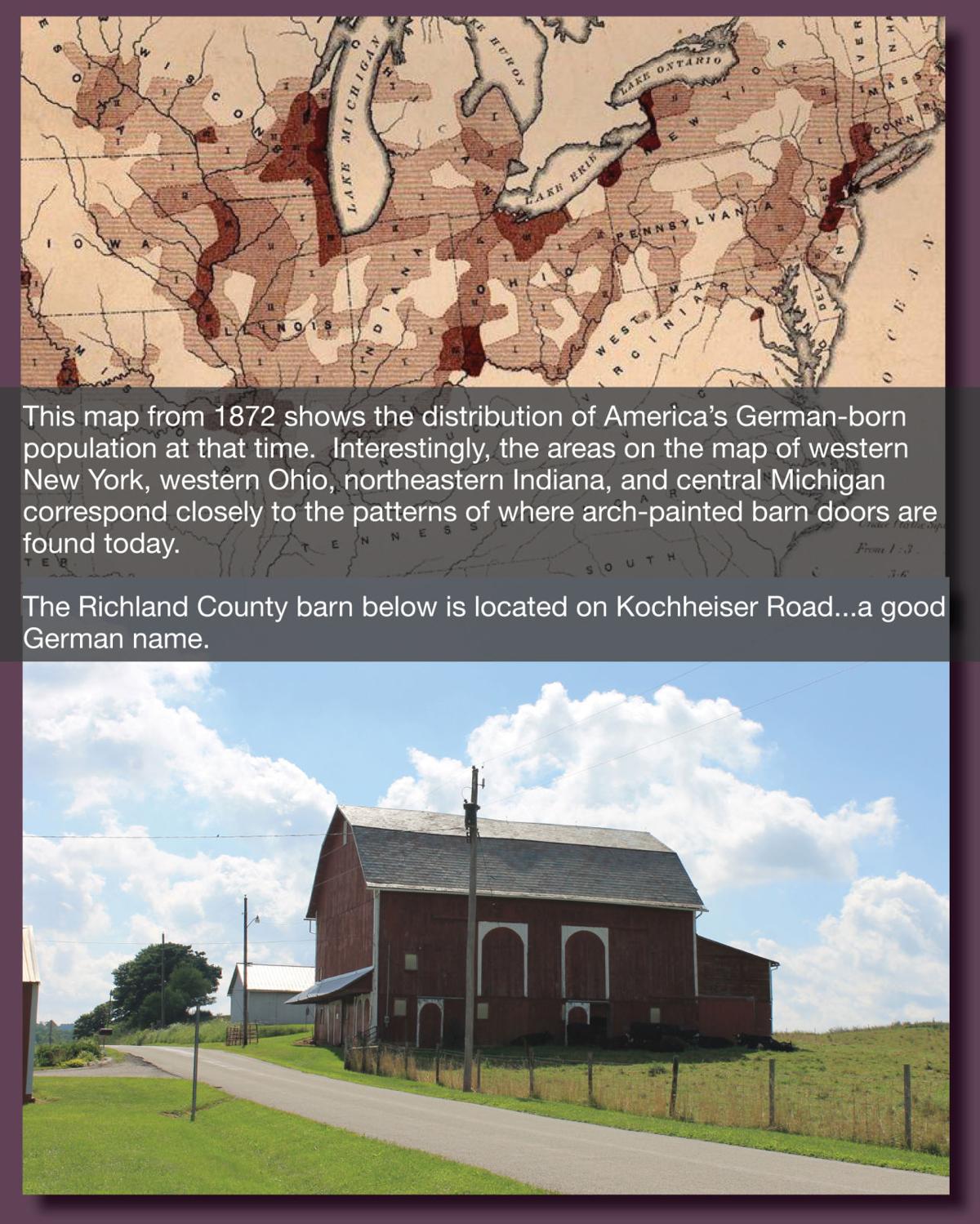 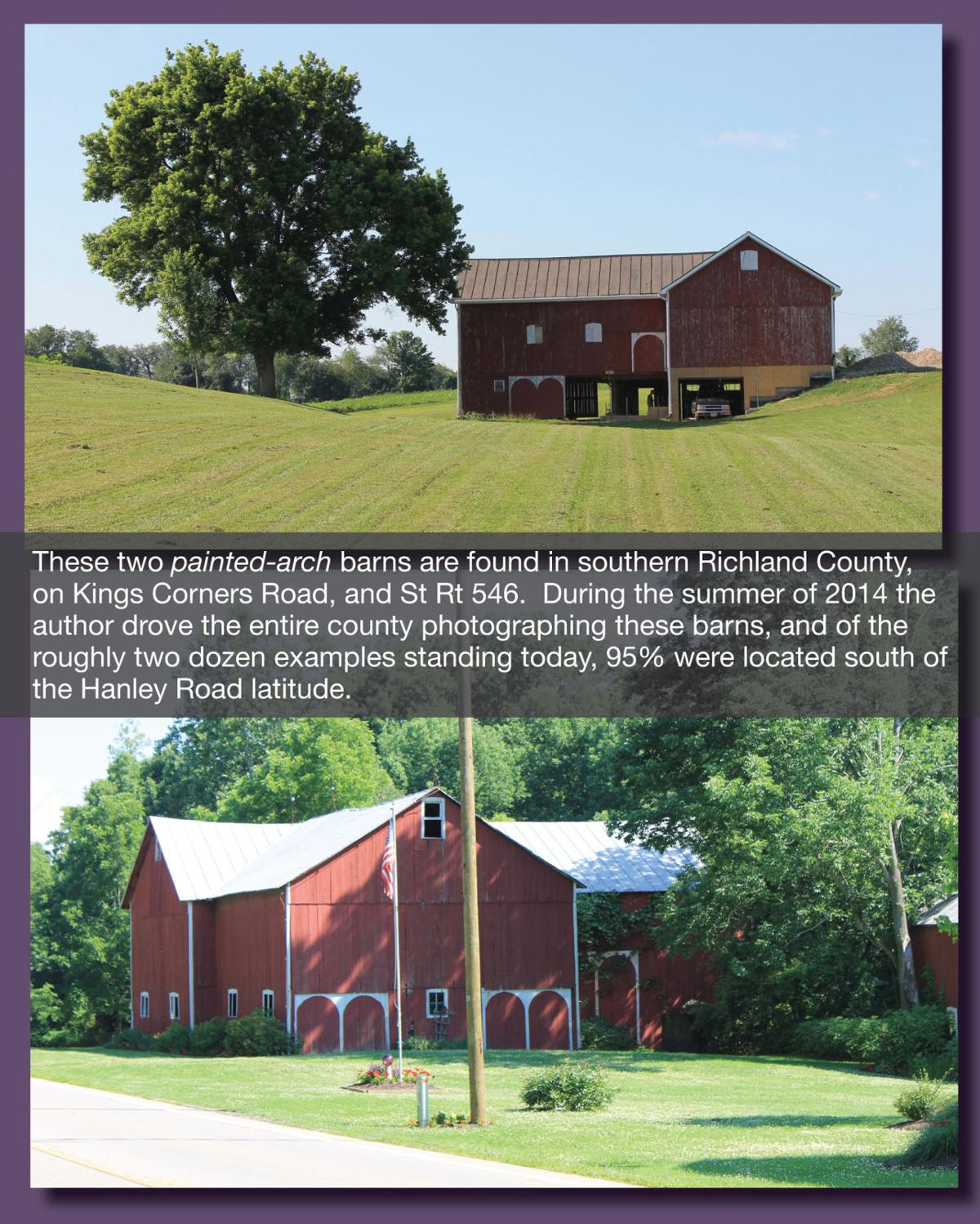 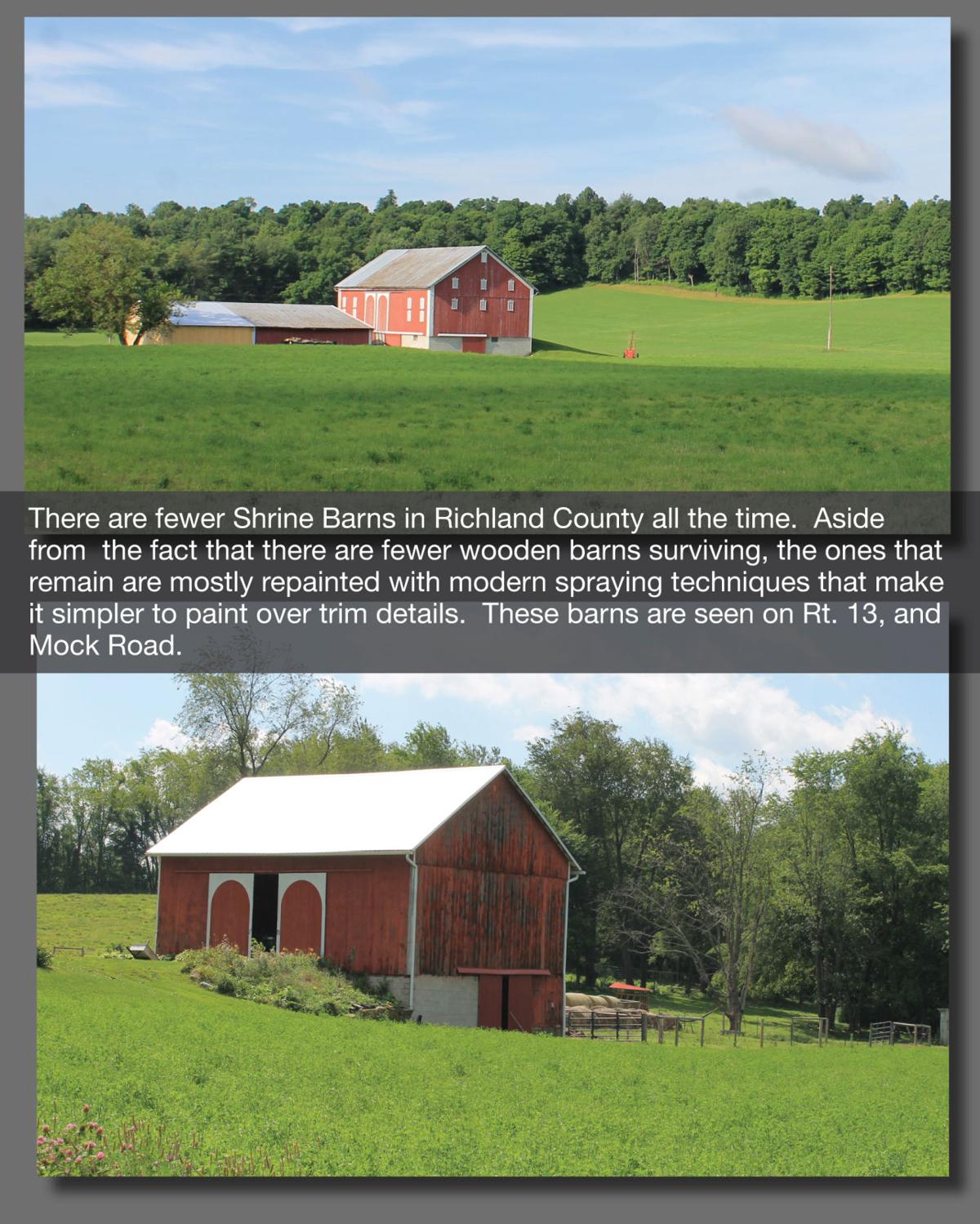 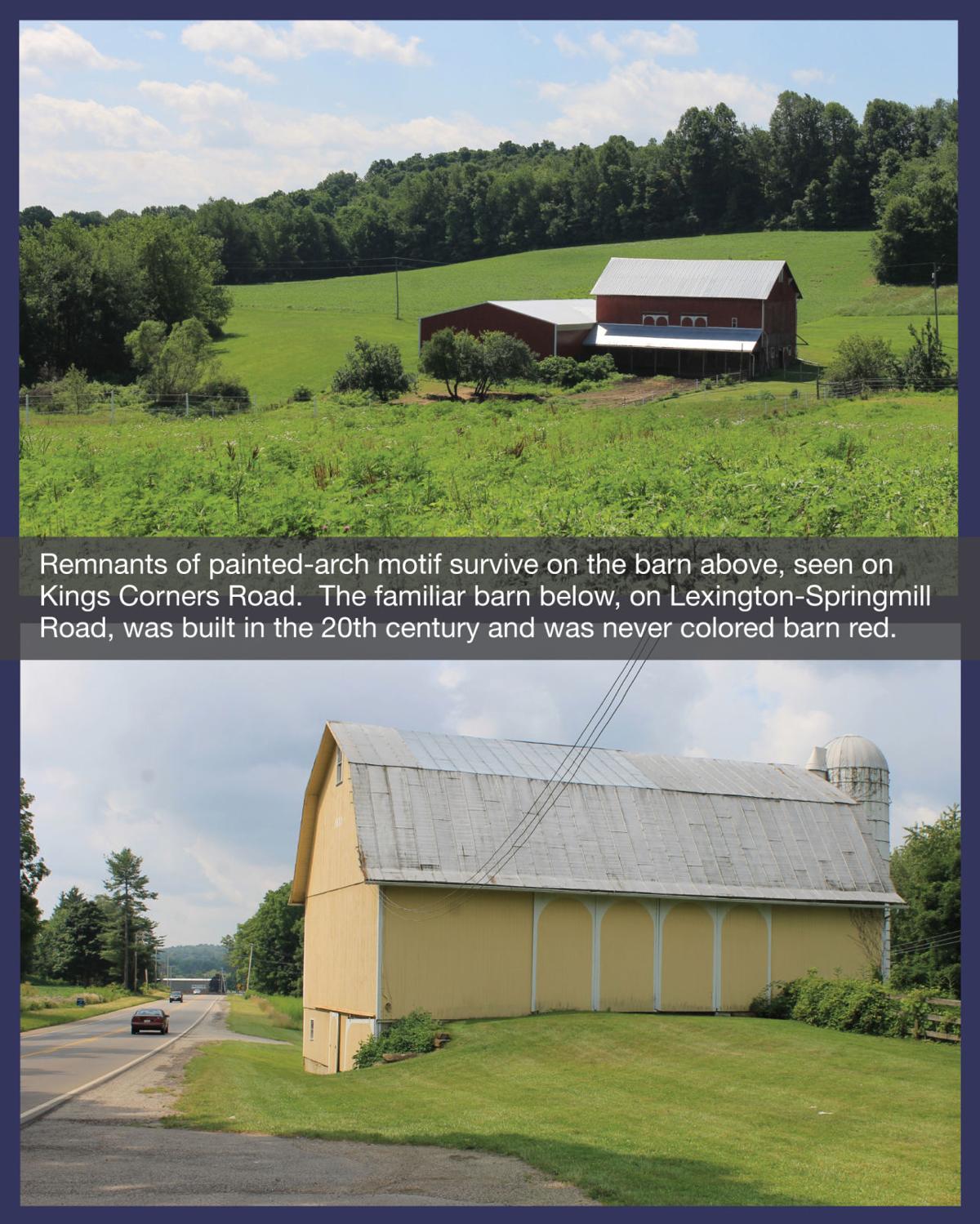 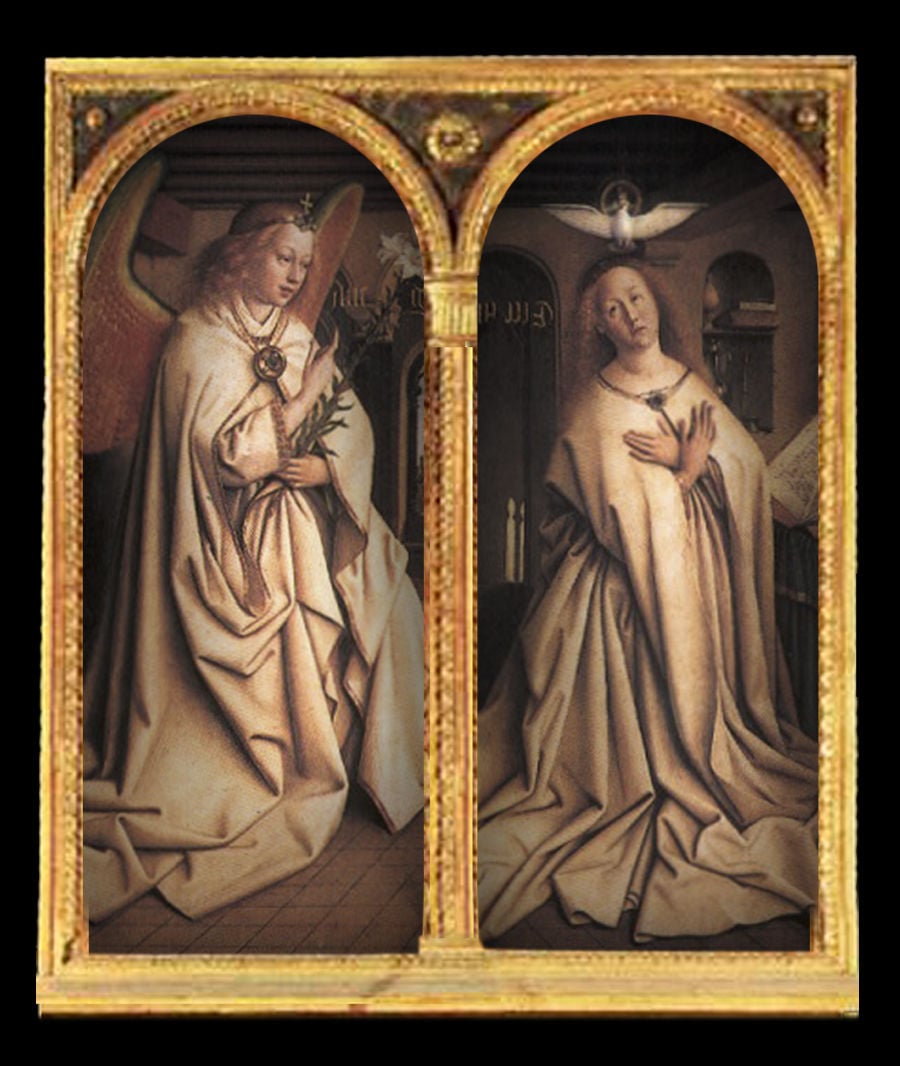 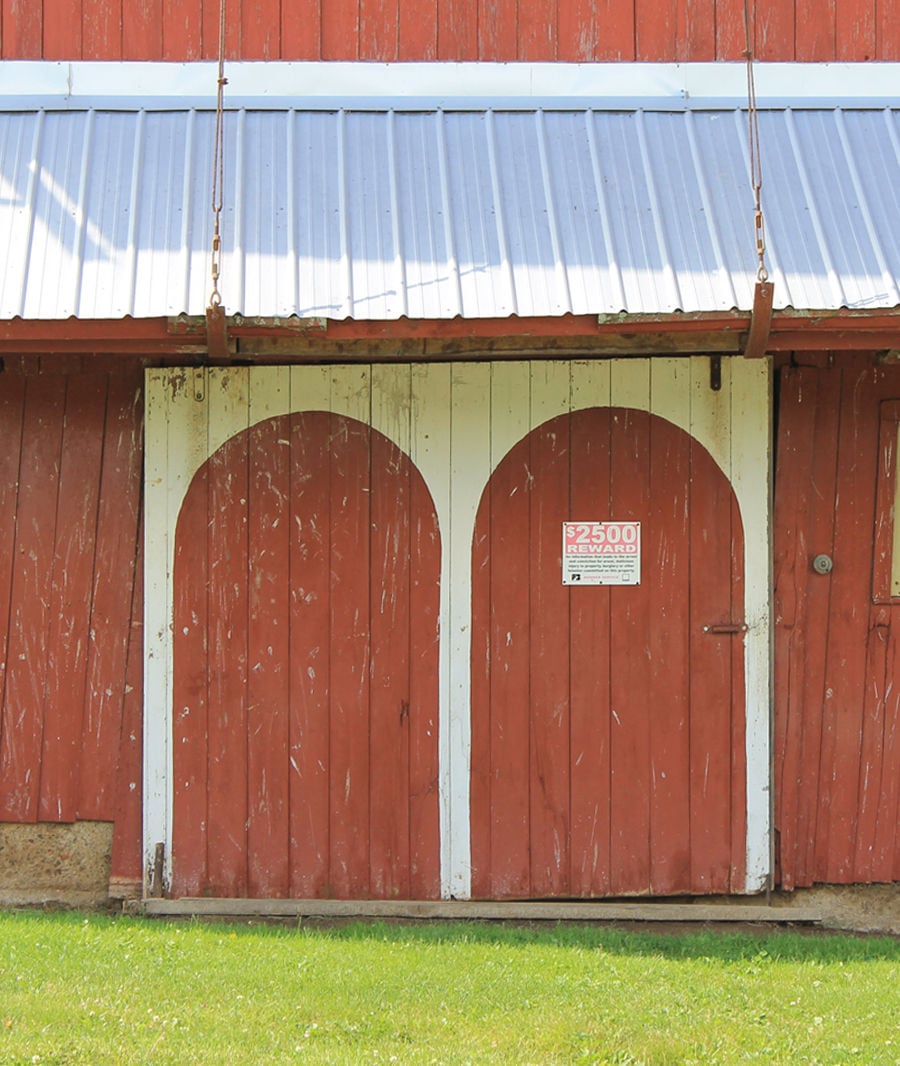 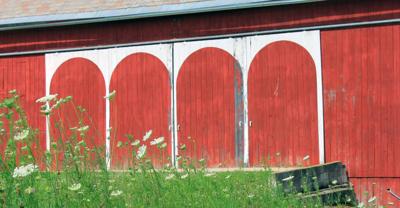 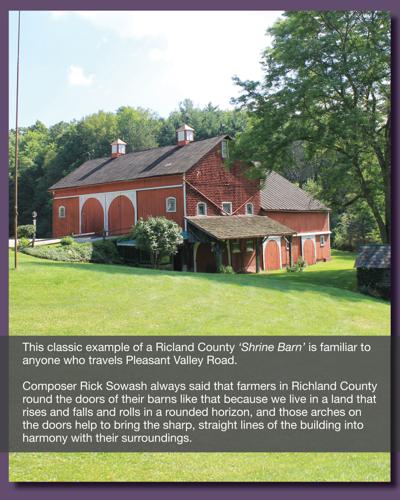 EDITOR'S NOTE: This story was originally published in 2014 on Richland Source.

We called them ‘Shrine Barns.’ No doubt this was because we weren’t farmers, we were amateur architects and art historians. These are barns that have white painted arches on their doors — arches like the round Romanesque arch you find on a shrine or an altarpiece.

If you ask a farmer what the arch is for it’s not likely you’ll get much of an answer. I know because I’ve done it many times. Some of them say the white outline helps to locate where the door is when you’re approaching the barn in the dark. Years ago when I asked Dan Fuhrer why he painted his doors like that and he said the barn was like that when he got it, and he has always kept it like that when he repainted.

Bob Carter pointed out that the design of a painted-arch door is not all that difficult to lay out if you have a piece of string and a nail and can measure the center of the door’s width.  But just because it’s easy to accomplish doesn’t mean farmers wanted to take the trouble, so what was the point?

It fascinated me since I was old enough to drive, and so I have spent many years driving country roads and tracking down the source of the arch-painted doors. First I discovered that the Shrine Barns are not often found in the northern part of the county — they exist mostly in certain areas south and west of Mansfield. And then I found that, similarly, these barns aren’t all through the Midwest, but tend to gather in certain areas of western Ohio, northeast Indiana, and central Michigan.

Eventually I ran across a Shrine Barn scholar in Indiana who has spent a lifetime of research that parallels my own. As we compared notes it became evident that our tracks converged and stopped at the same place: western New York. That was the place where the oldest examples of the painted-arch barns could be found.

When our part of America was being settled and turned into cropland in the early 1800s, farmers who built barns didn’t paint them. Wood was extremely plentiful and paint was a lot of trouble to make. It wasn’t until after the 1870s, when all those barns had weathered to the point where action had to be taken, that barns were painted in Richland County. By then wood siding had become more expensive than making paint.

Barns are red in America because the cheapest way for a farmer to preserve his wooden barn was to stir together red oxide of iron and lime with skim milk. The mixture formed a hard coating that would last for years.

In 1859 a photo was taken in Elmira, NY that clearly shows the painted-arch doors. Nothing is known of the farmer who painted the barn other than that his name was Kaiser: a German name if ever there was one. All of the areas in the Ohio/Indiana/Michigan zone where these same barns can be found, were settled by a population that was predominantly German, so it seemed highly likely in our research that the original artistic template for the Shrine Barn style of painting surely immigrated to America with Germans.

My friend the Barn Scholar retired this summer, and he took the opportunity at long last to satisfy his life-long curiosity by taking a trip to Germany hoping to locate the origin of Shrine Barns.

He told me he had traced certain German names from Indiana to certain specific villages in the old country, so that was where he took his search.  After fruitless days of driving and querying he finally found a perfect Shrine Barn in the farmlands west of Nuremberg on the outskirts of a village called Sonderhofen.

With an exuberant sense of triumph he approached the farmer and asked if he knew why his barn was painted with the arch doors, and the old man replied that he had once seen a photo of a beautiful barn in Iowa, USA, and he wanted his barn to look perfect like that.

There is more information about Shrine Barns on the photos and graphics illustrating this article.  To see them in a gallery just click on any image.