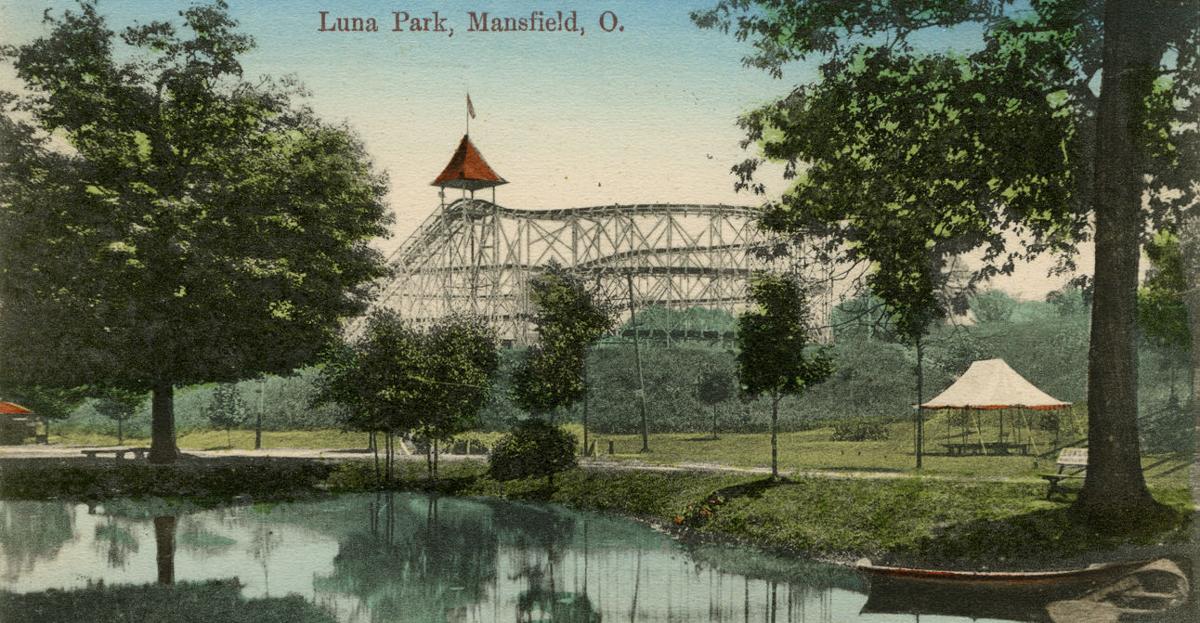 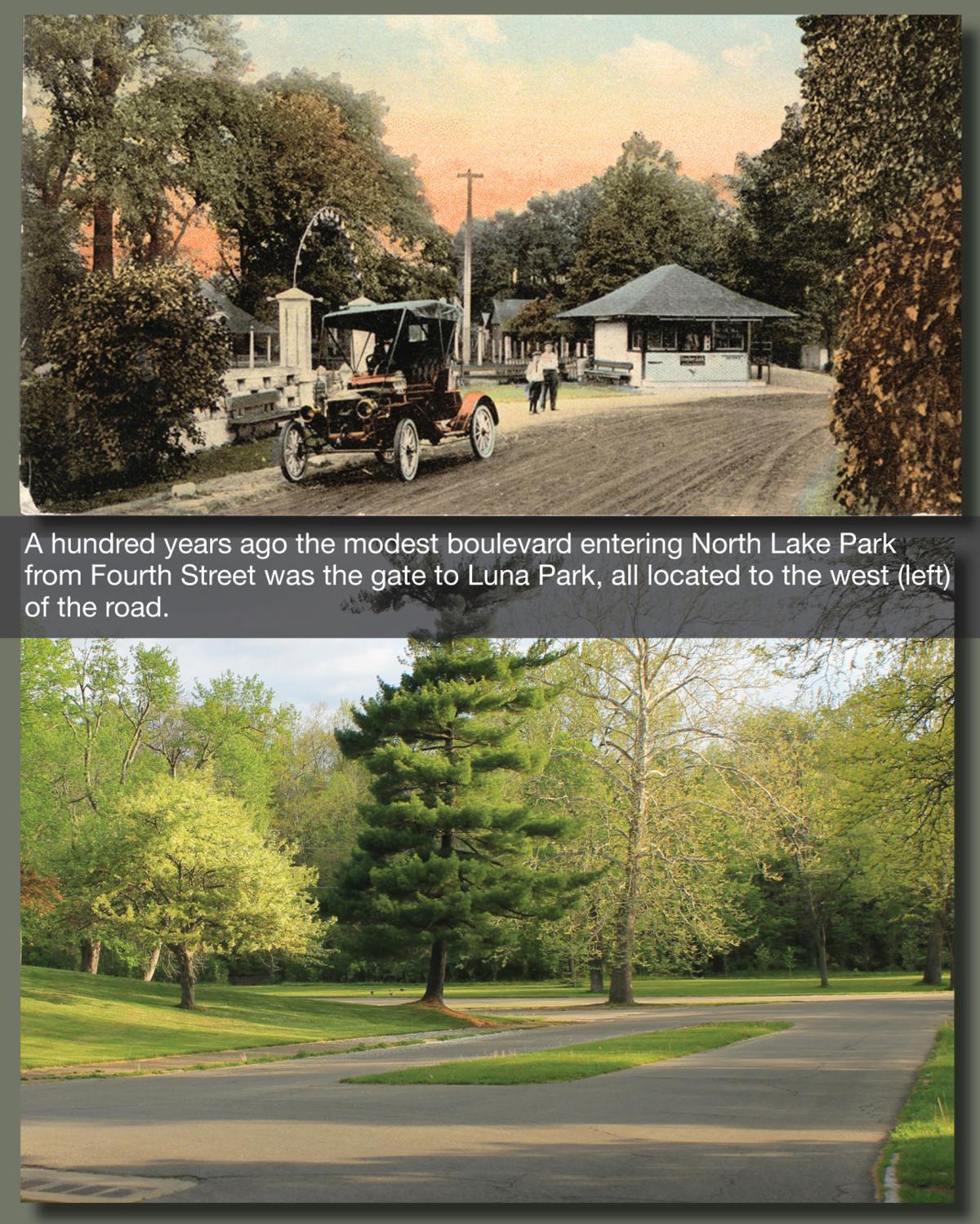 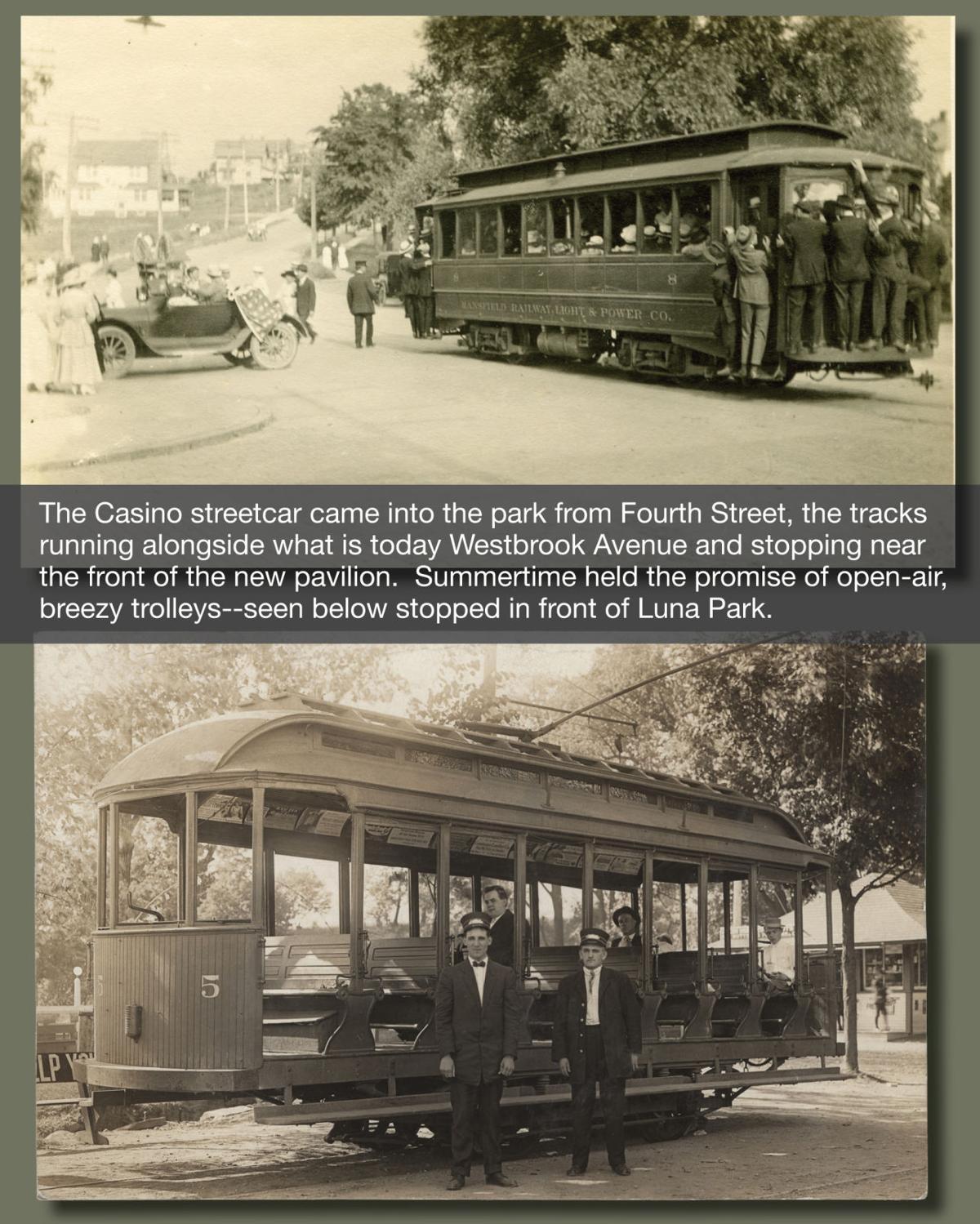 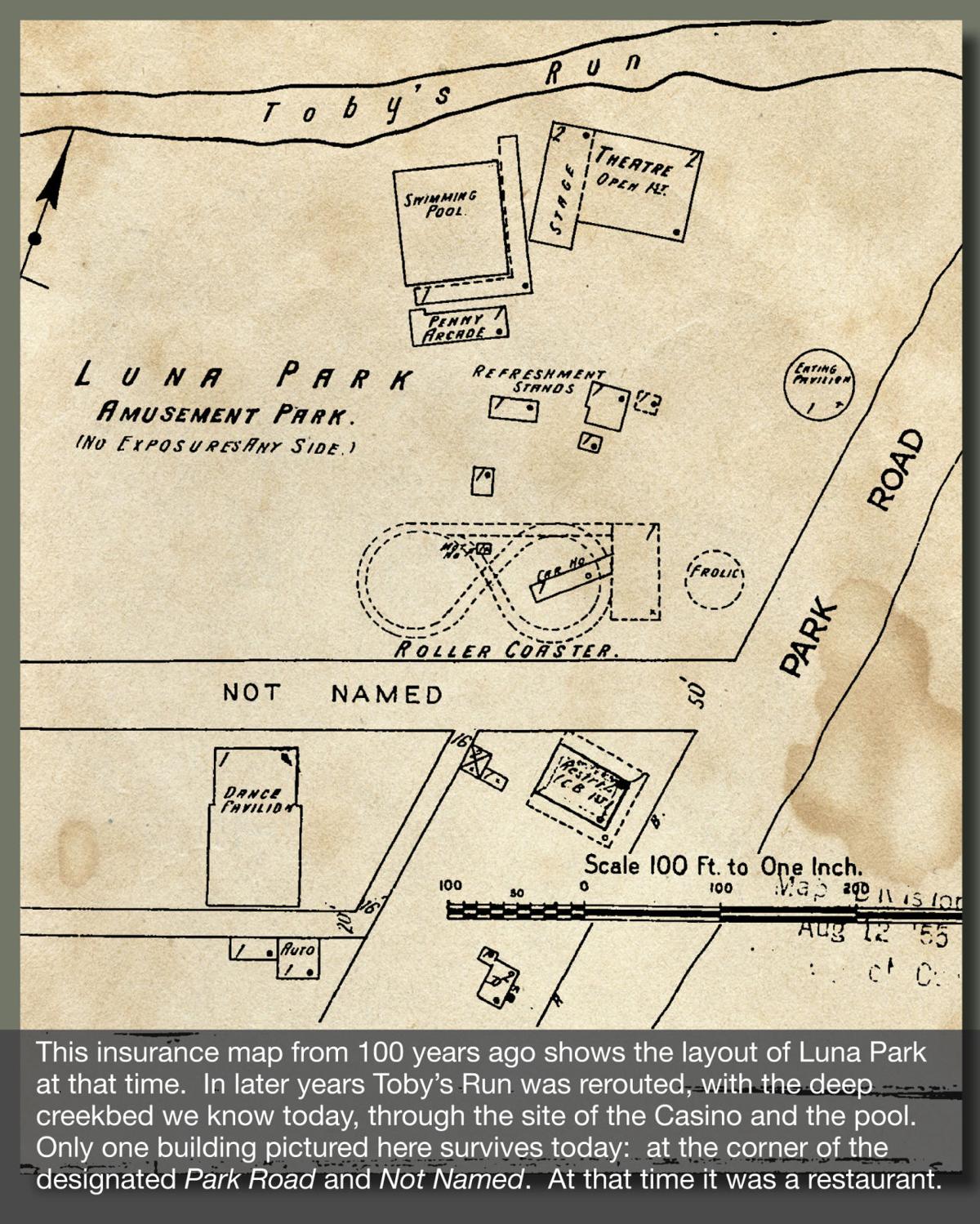 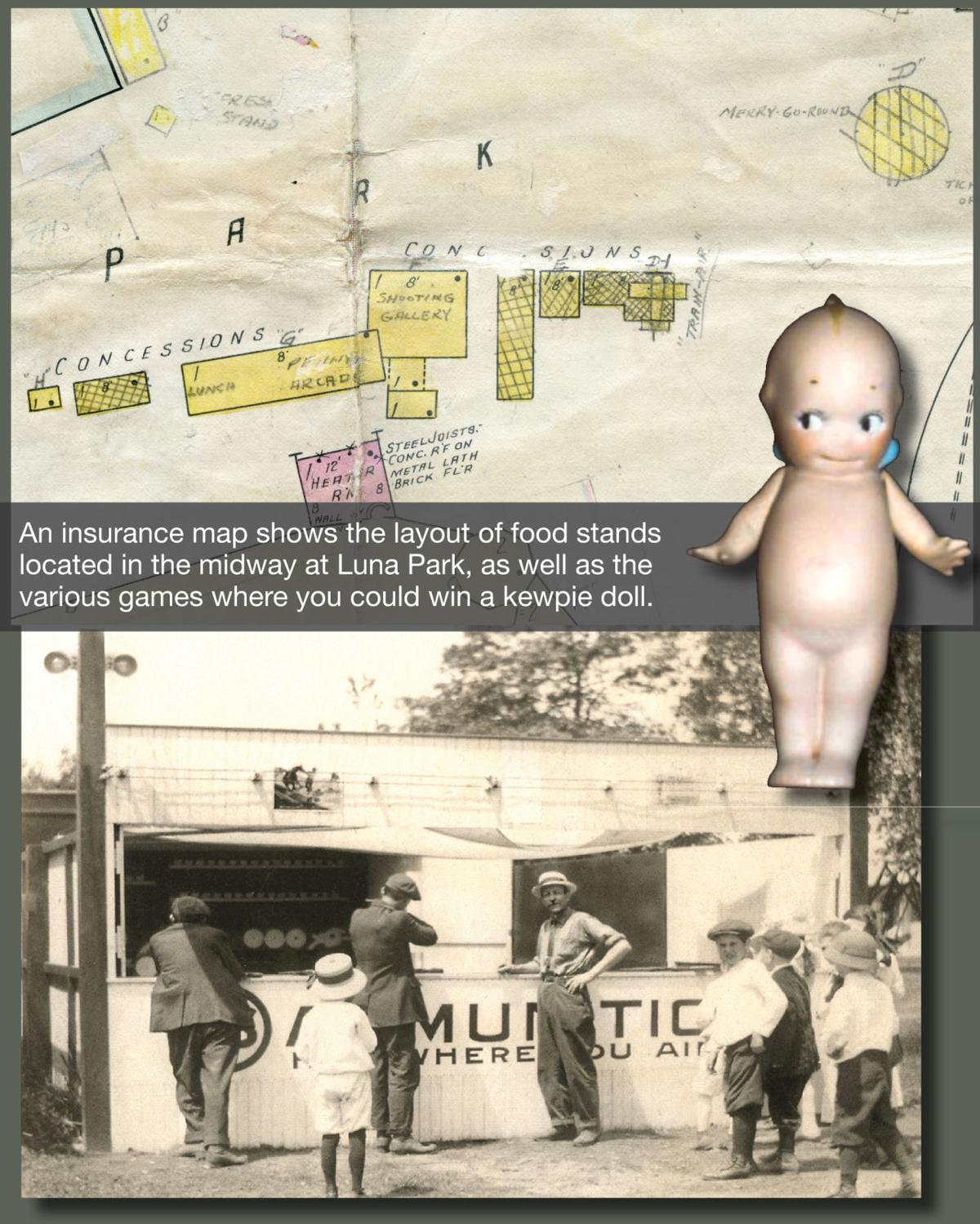 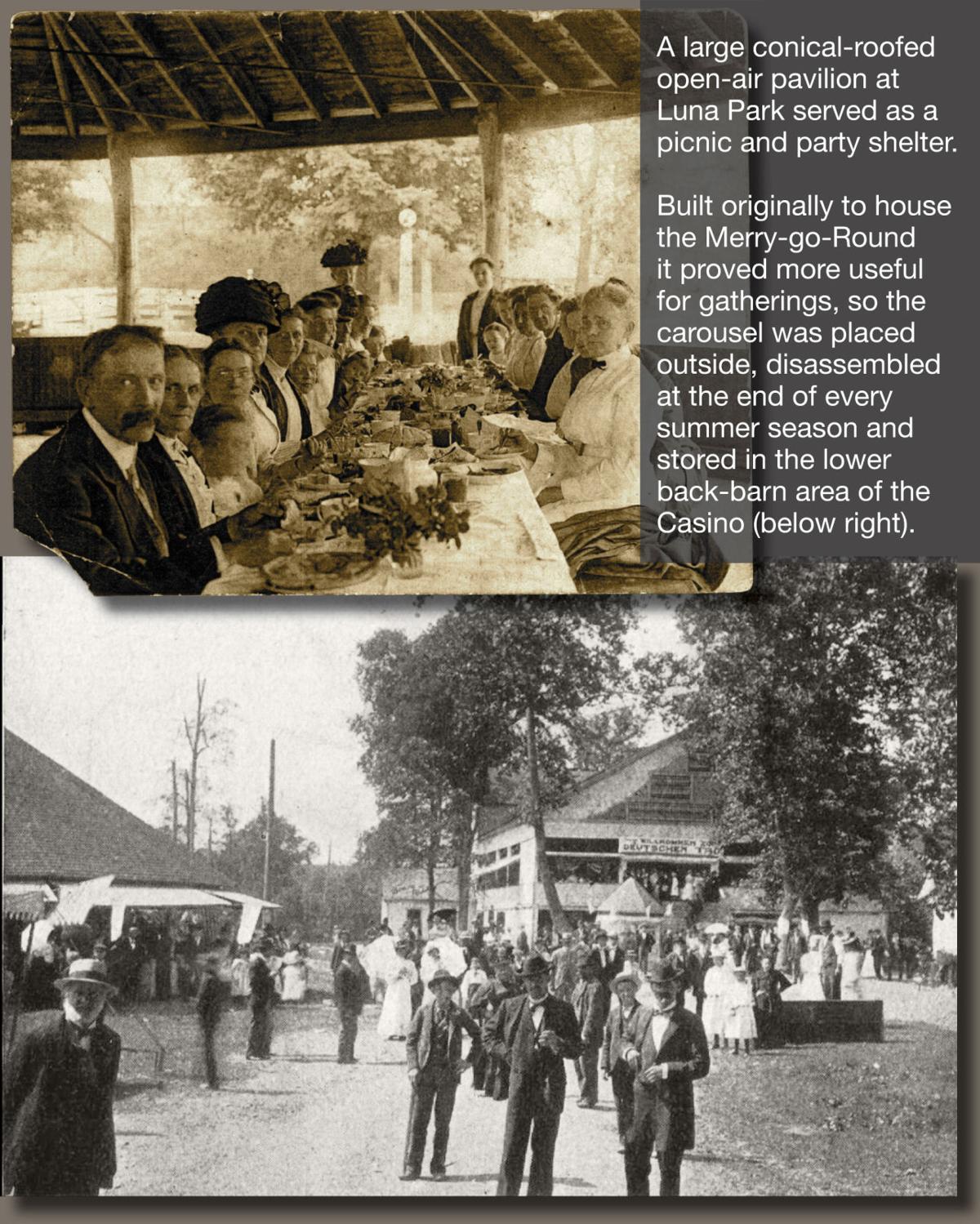 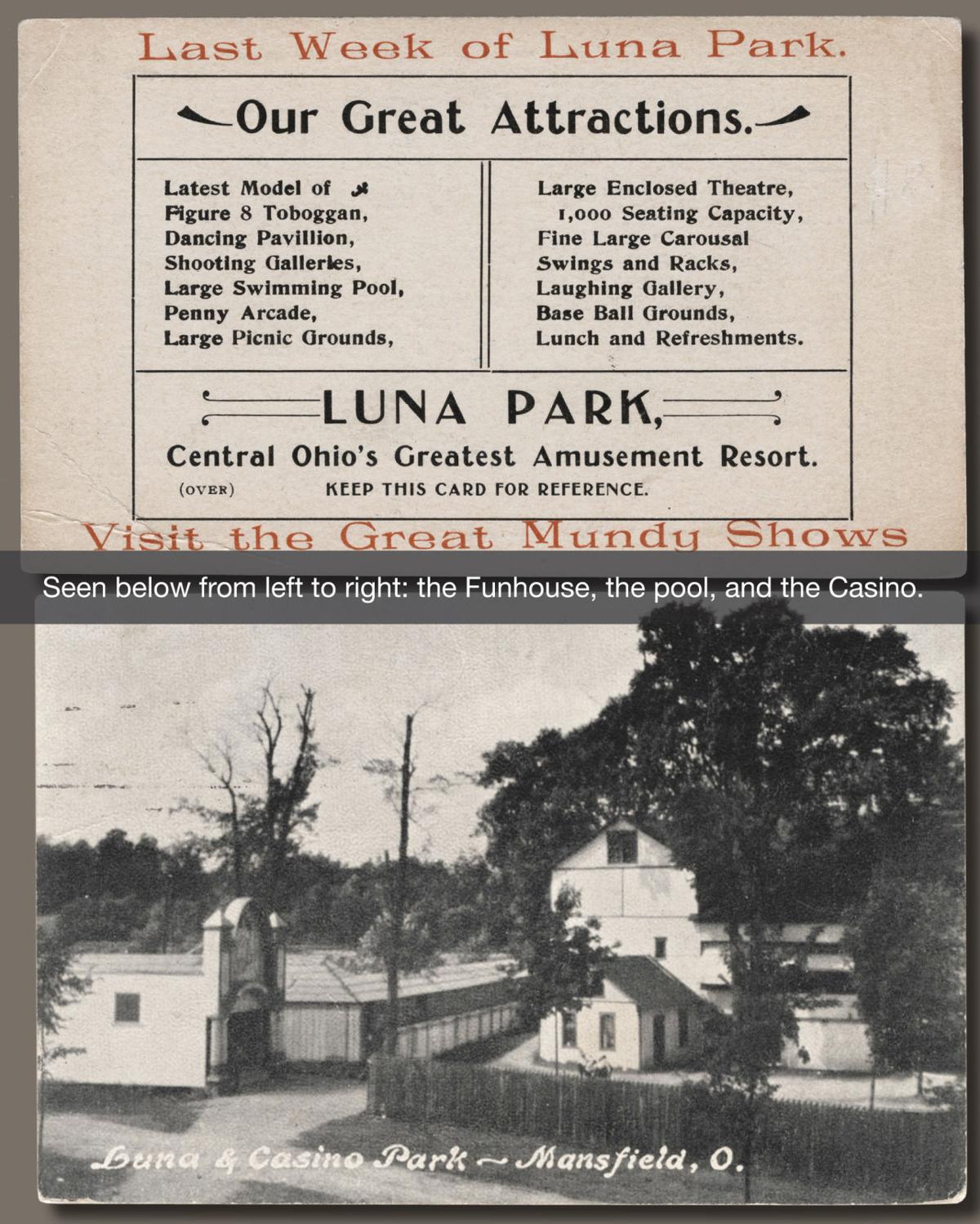 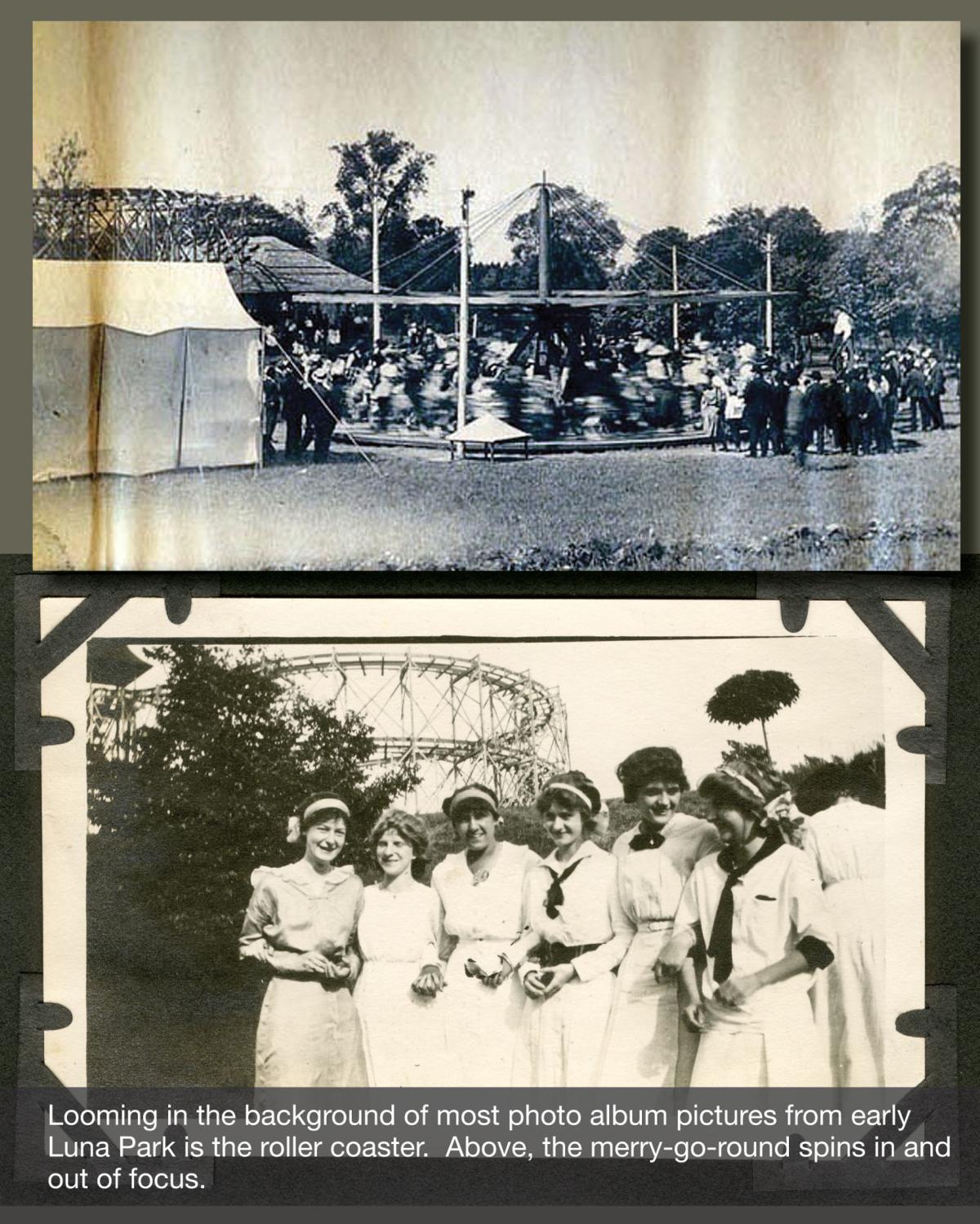 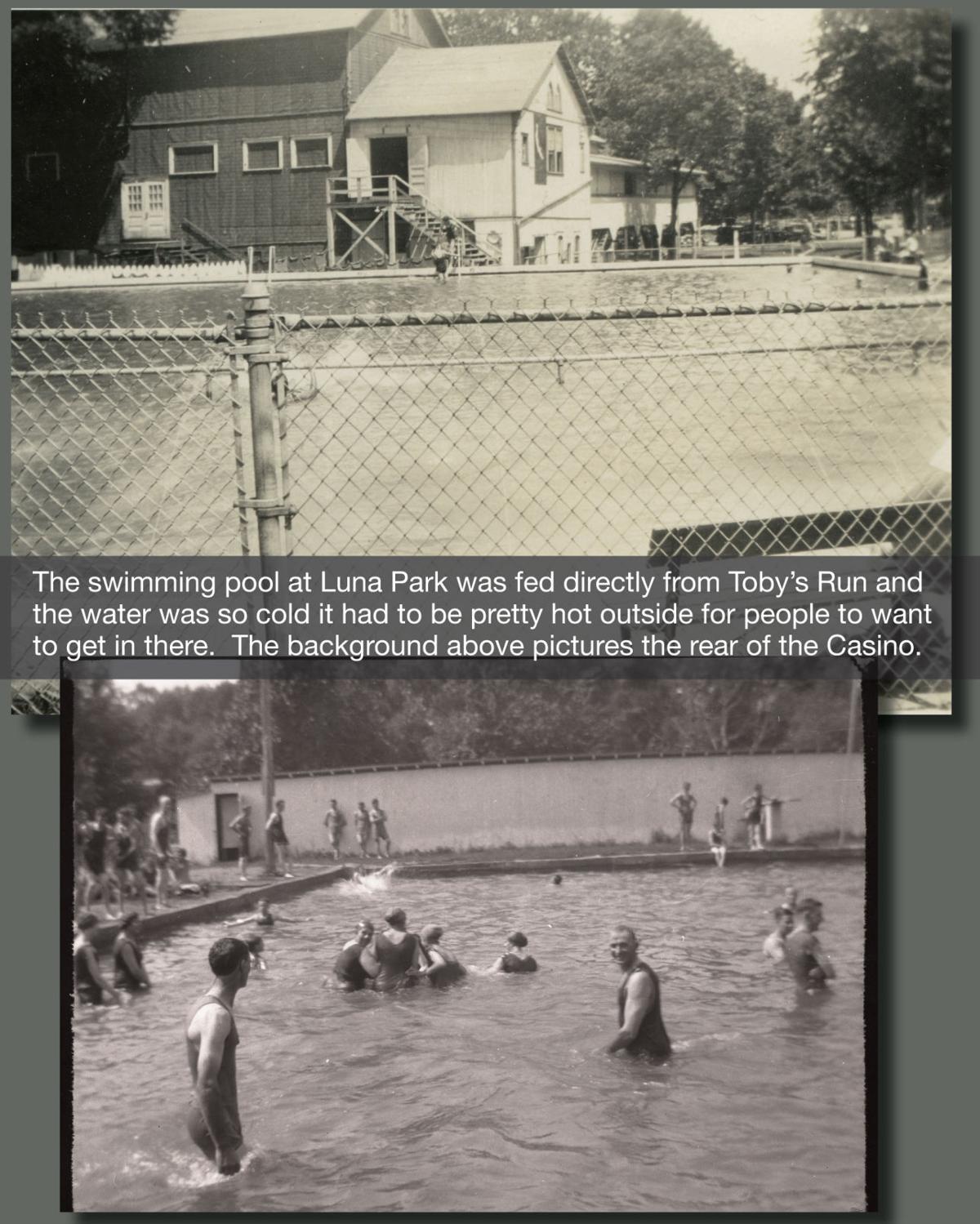 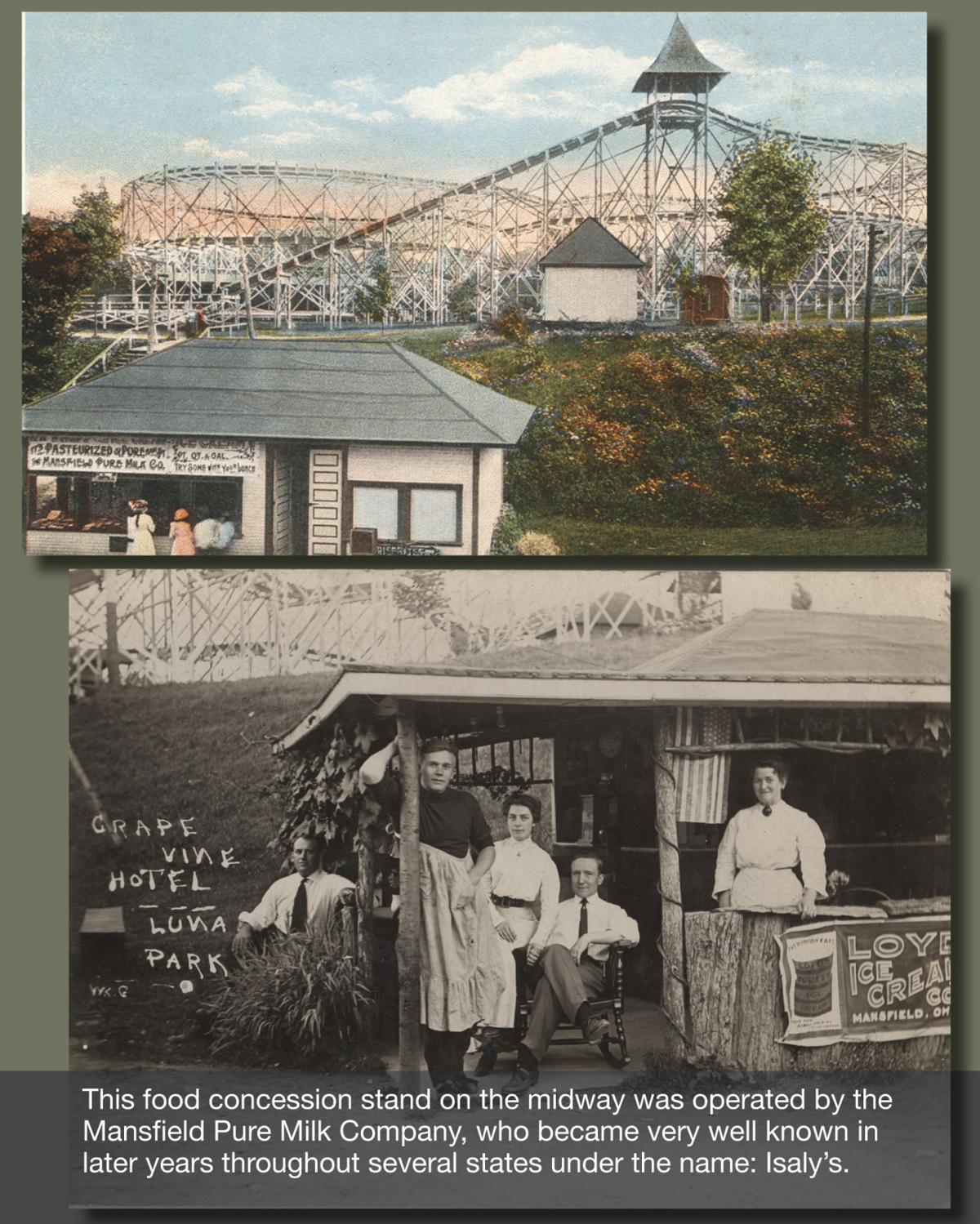 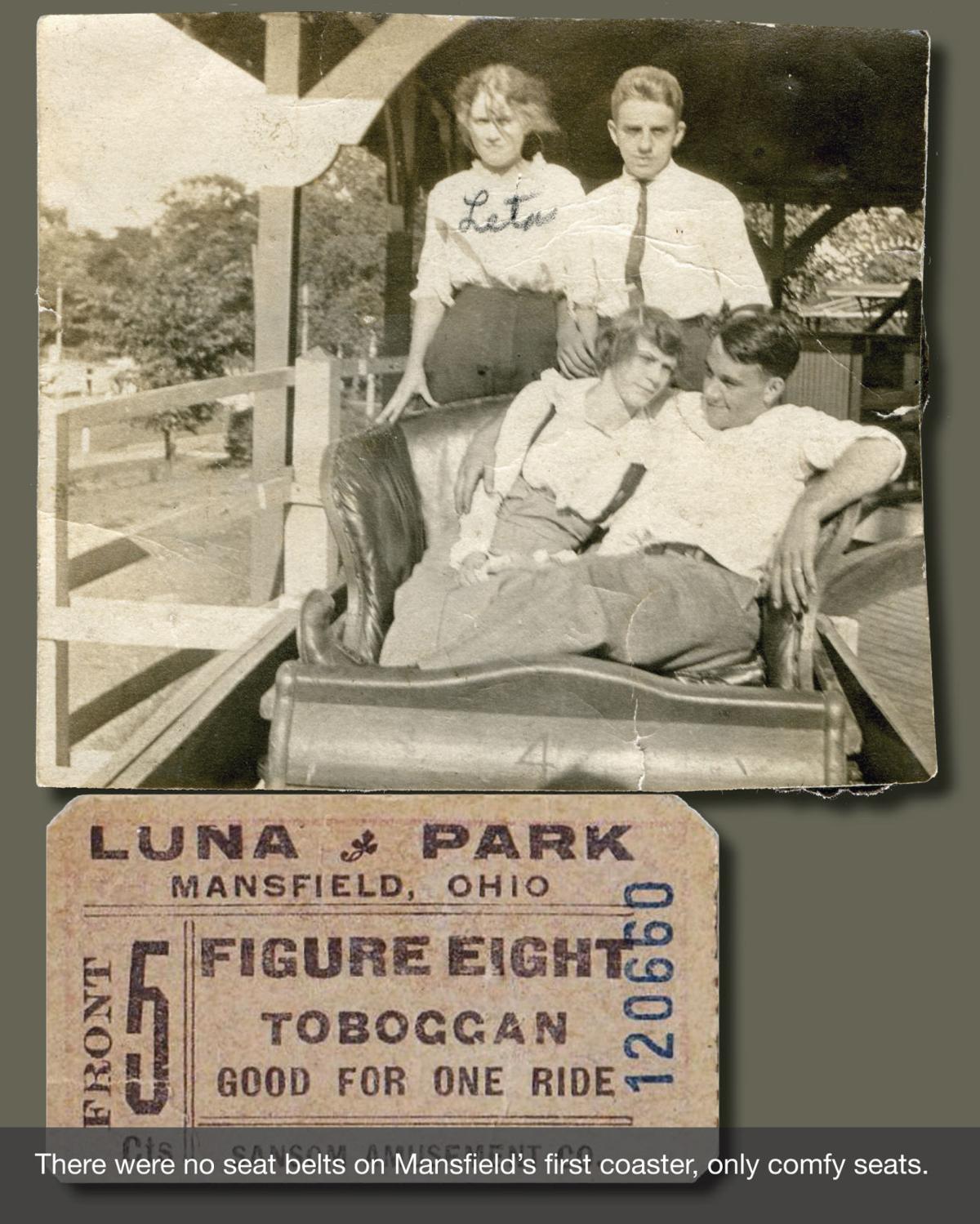 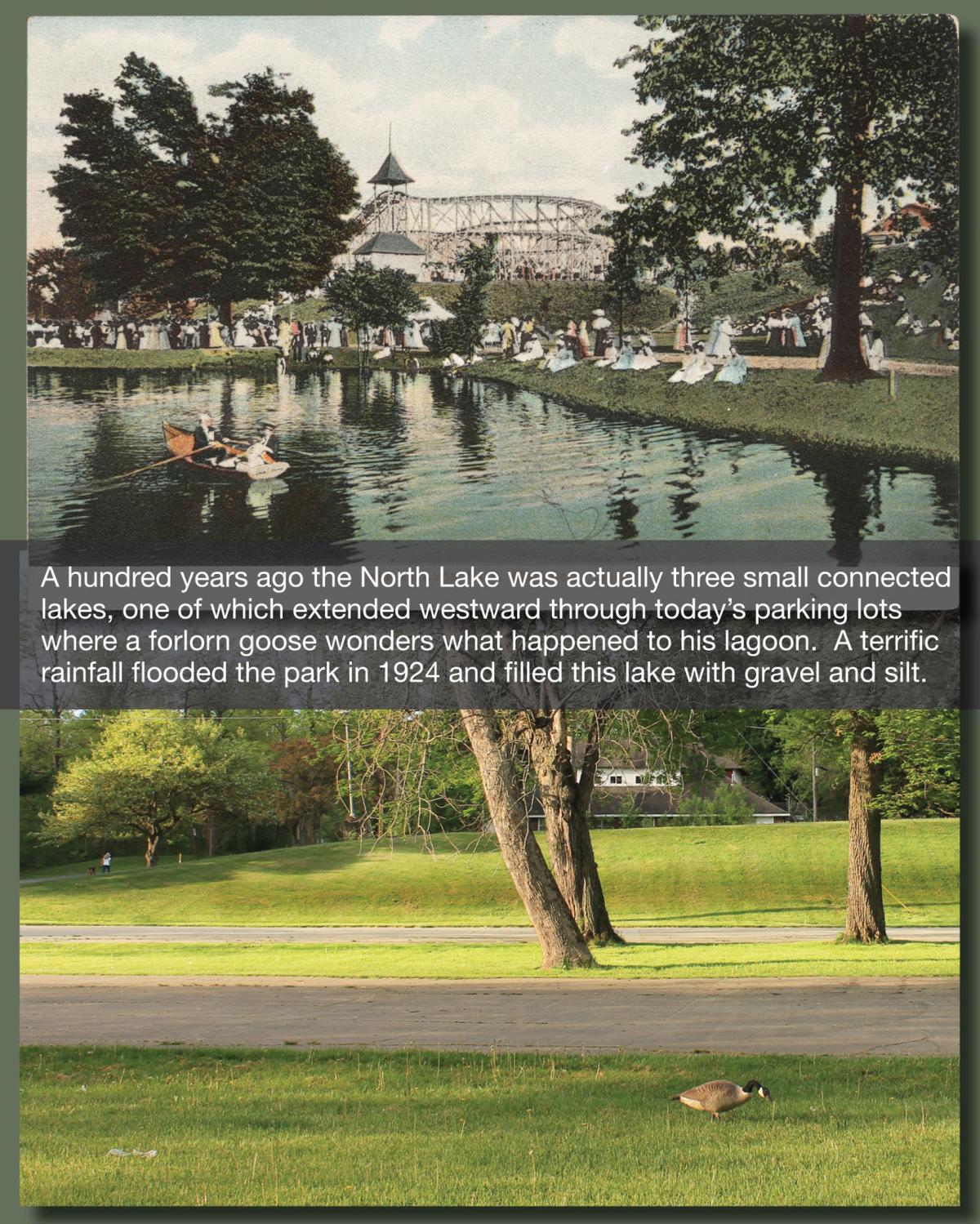 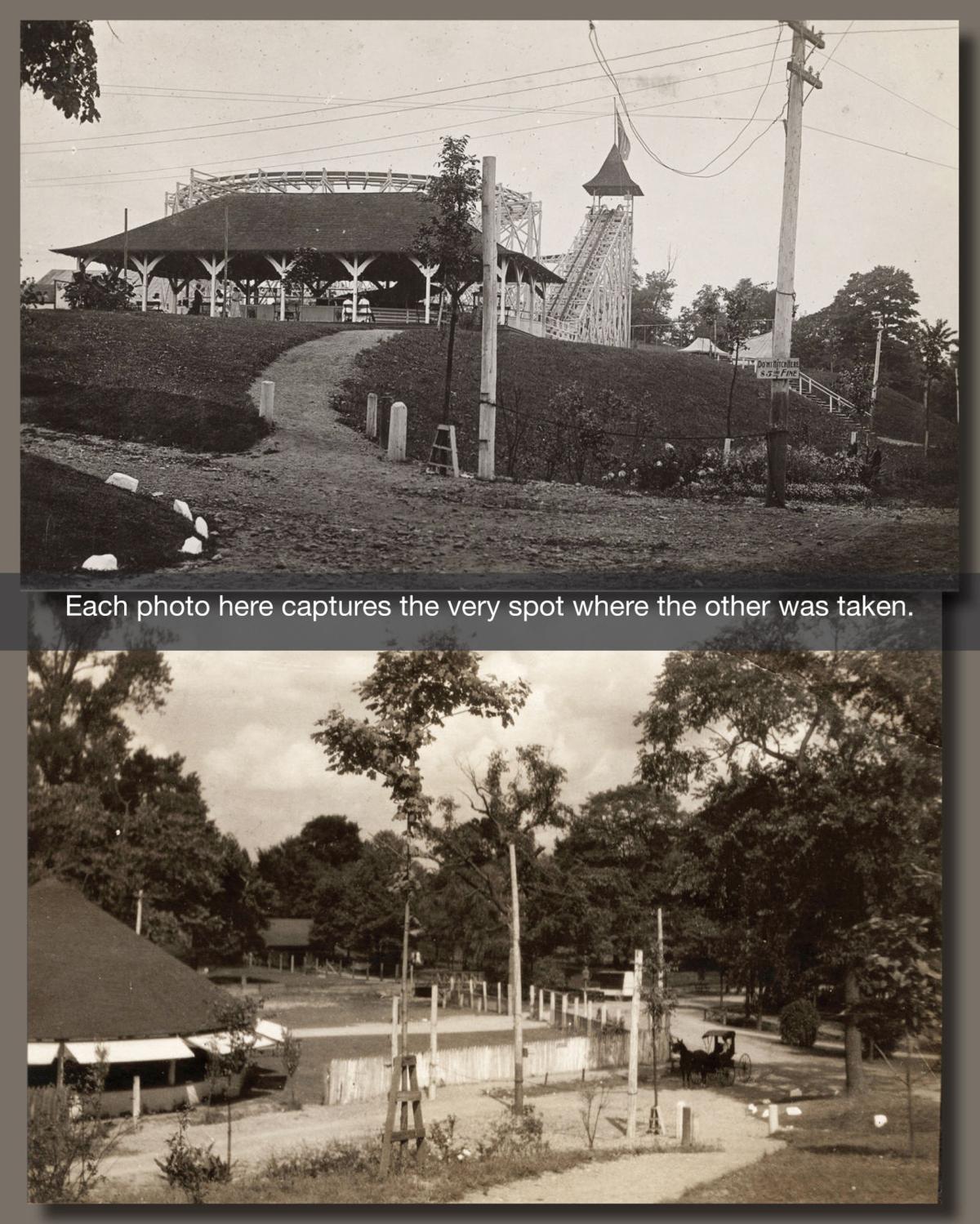 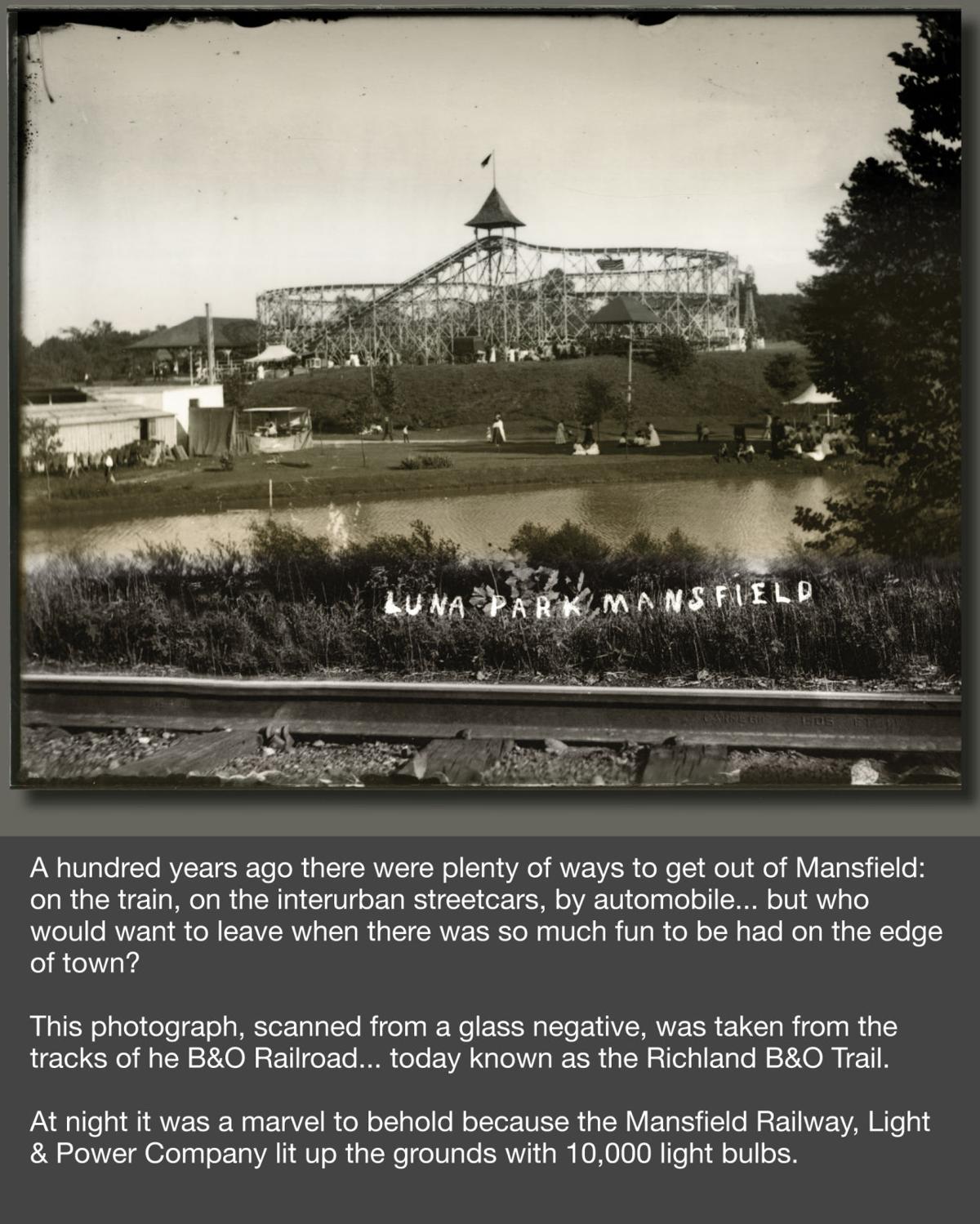 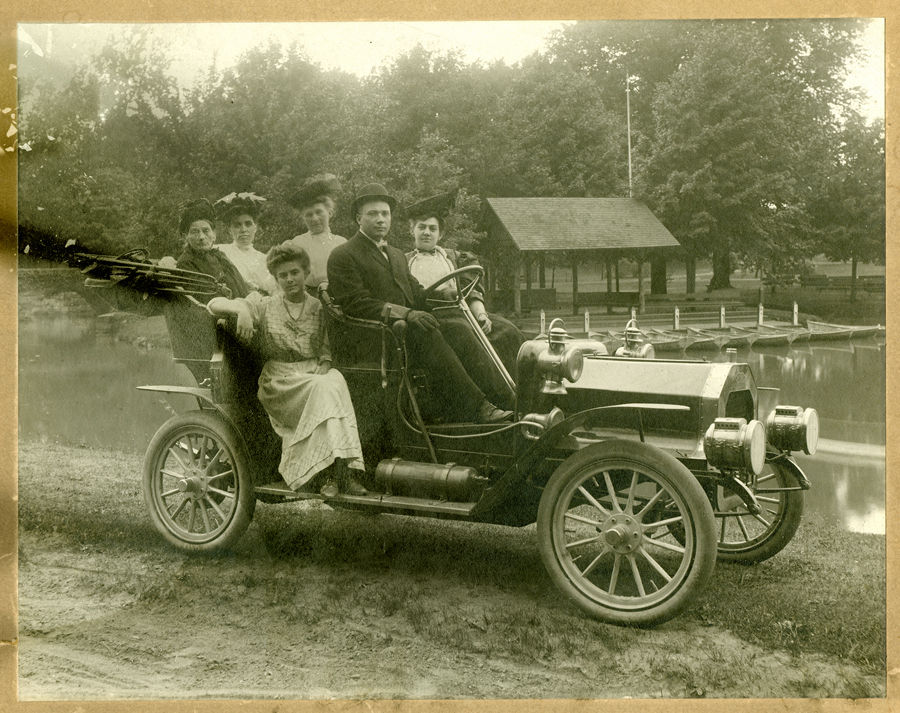 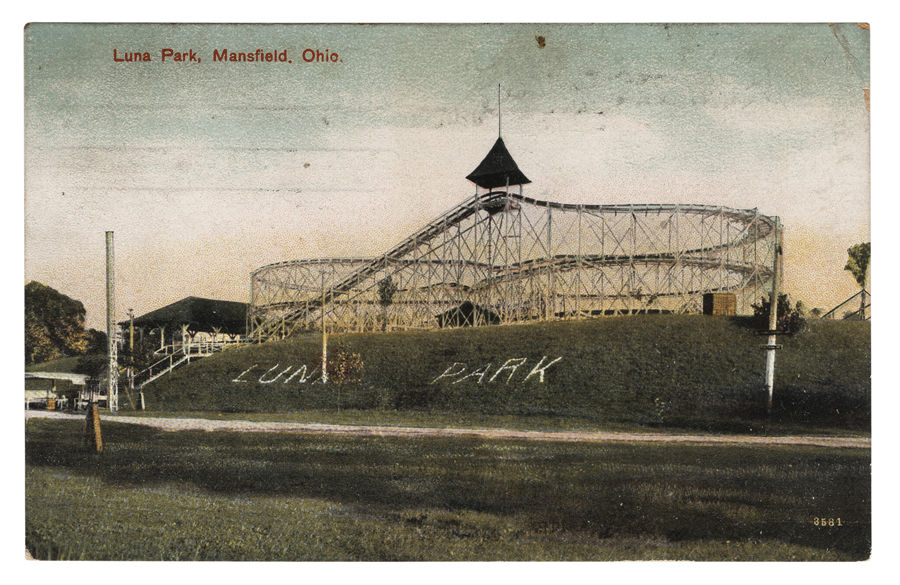 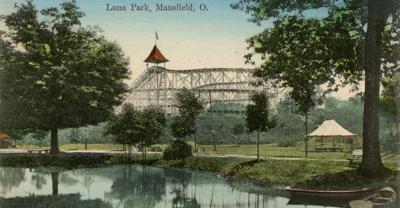 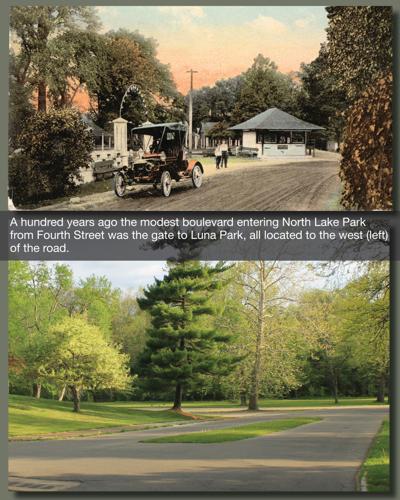 Now it’s summer and American tradition suggests we take a trip to the amusement park.

If our car could travel not only over the roads but also through time, we would point it back 100 years and take a spin out West Fourth Street to spend the afternoon at Luna Park.

1915 was a shining year in the first golden age of Mansfield’s summer fun park: the place was within its first decade of life and the paint was still fresh, the games were all novel, the laughs were all brand new.

Later on in the 1920s the place changed its character quite a bit, so this photo essay takes a look at the opening chapter of Luna Park and how it looked originally.

When Luna Park was founded there were already two key elements in full swing at North Lake that set the stage for a resort atmosphere. The Casino had opened in 1893 with stage shows and an ice cream parlor, and the White Maple dance hall started drawing crowds in 1904.

There were plenty of reasons for people to ride the streetcar out to the end of the line on Fourth Street, but the Mansfield Railway, Light & Power Company wanted to make the trip irresistible to kids and families. So they filled up the acreage between the theater and the dance hall with all the attractions of a full-fledged amusement park.

On the high ground next to the dance hall they built the figure-eight toboggan ride (roller coaster) and on the level ground beside the Casino and the pool was the area of midway attractions and the merry go round.

(This photo essay, one of a series concerning of the evolution North Lake Park through the years, is assembled for and dedicated with gratitude to the Friends of North Lake Park.)

For more background on Luna Park watch this 13 minute documentary: