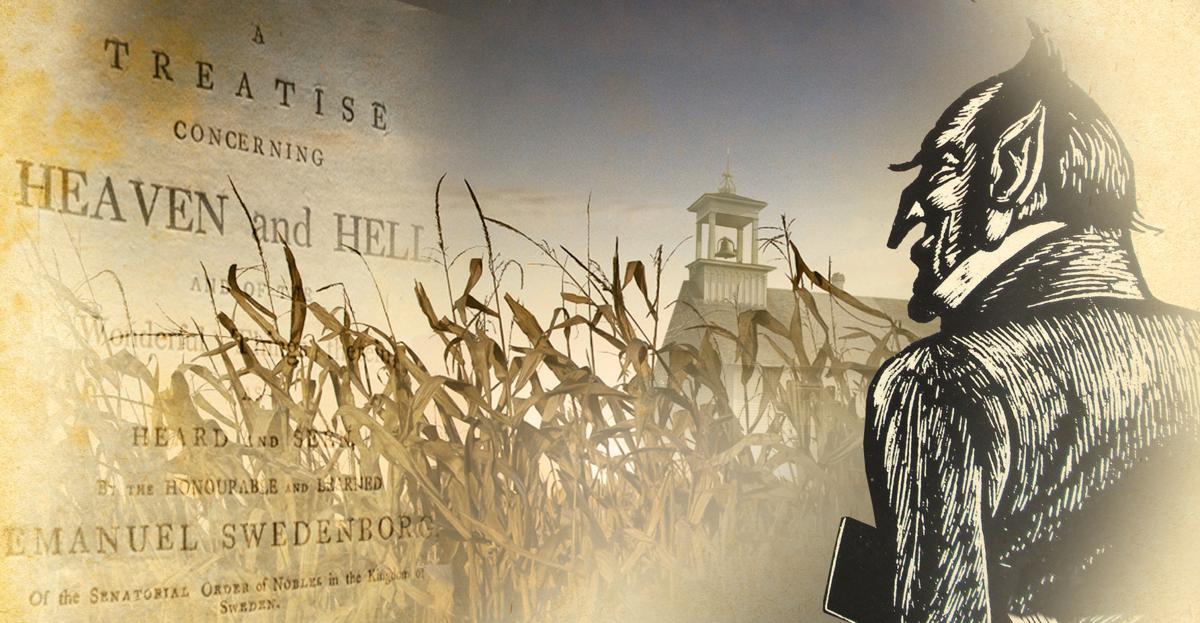 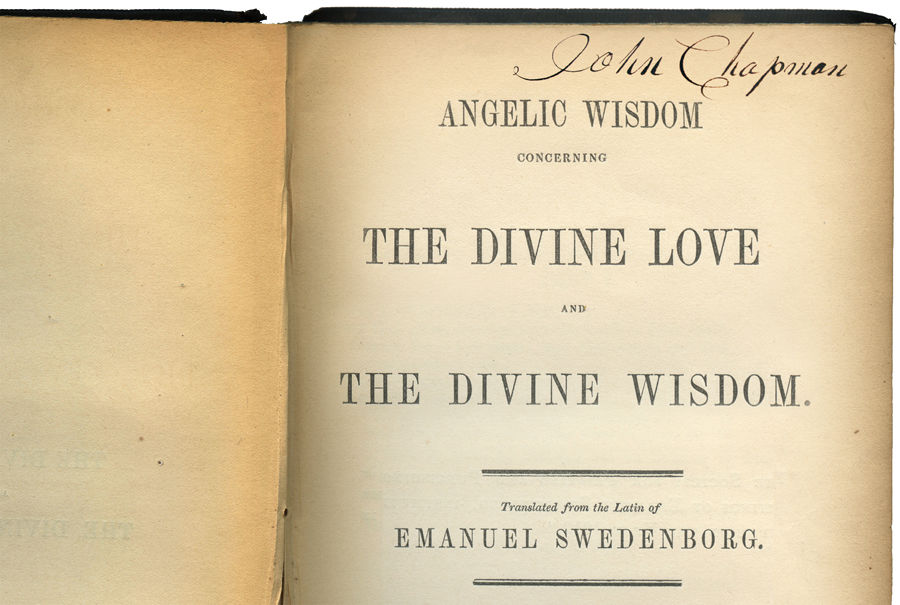 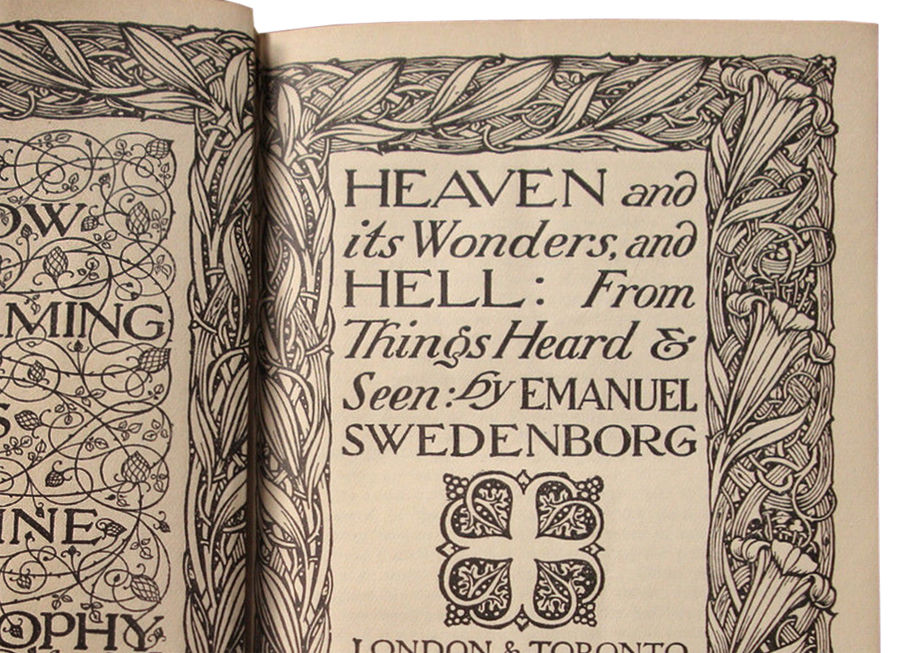 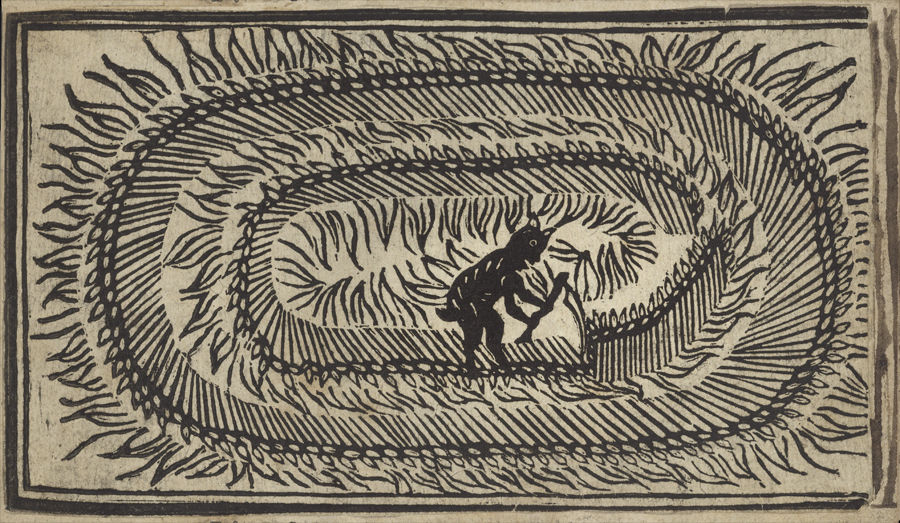 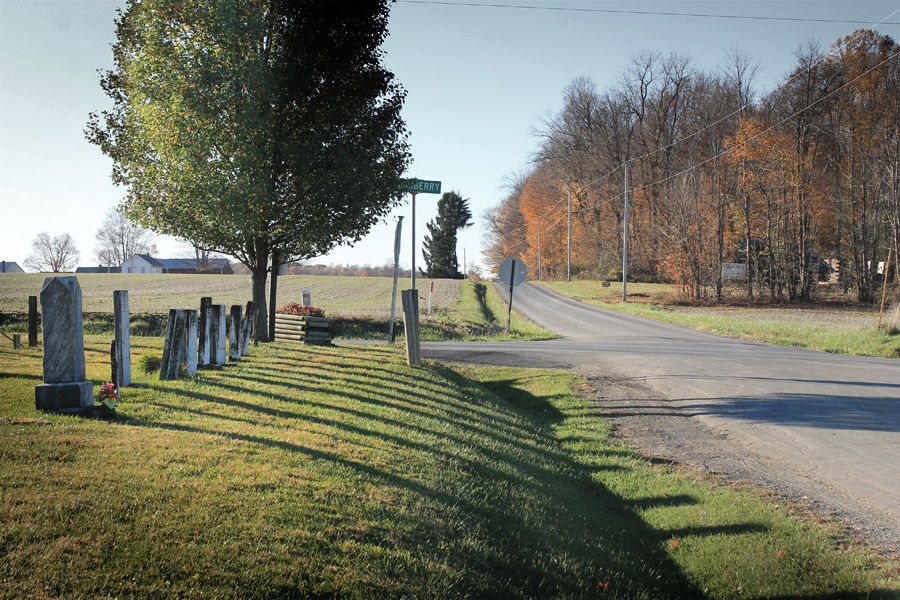 The crossroads where the New Jerusalem Church stood is on the border of Richland County, at Wirick and Woodbury Roads. 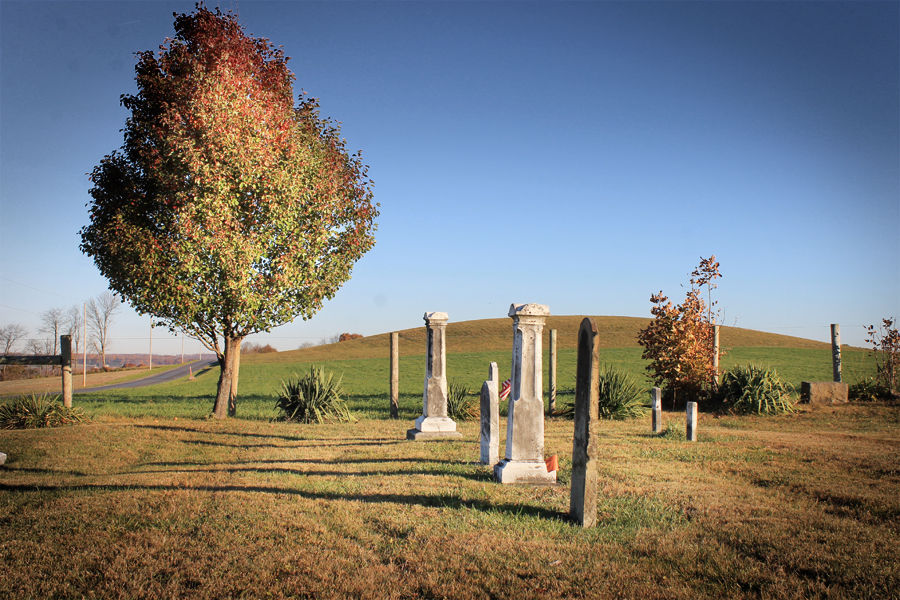 The Methodist church built on the New Jerusalem site was known as Center Church, and the graveyard remaining on the site is called Old Center Cemetery. 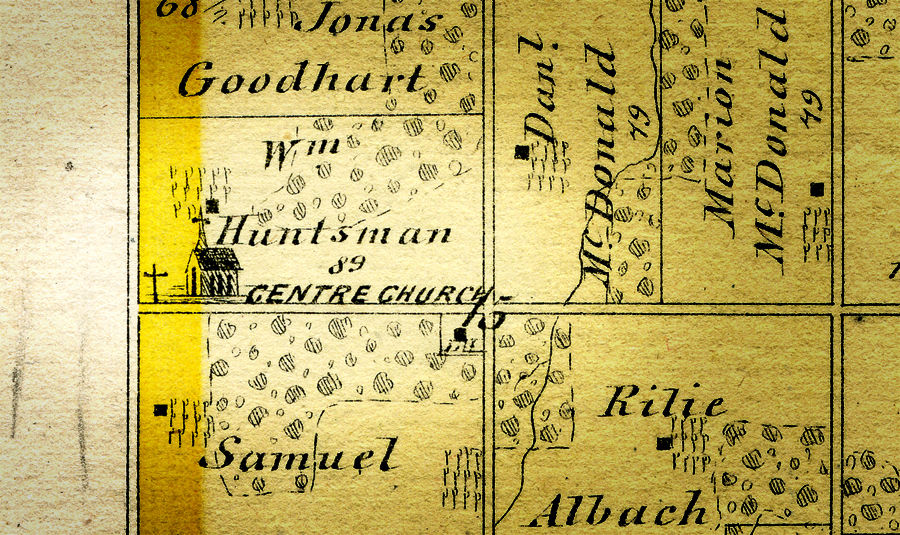 A detail from Perry Township map in 1973 Andreas' Atlas of Richland County.

The southwest corner of Richland County has a particular charm to its rolling landscape that makes a narrative of the land: the hills are just high enough to obscure the distance so that each scene is unveiled as you top a hill or round a curve in the road, like the opening of a fresh story.

Driving the land today there is a rich background of old established agriculture, and the abundance of cropland is so pervasive you would never imagine that when the first pioneers came here the land was a dense forest.

It took tremendous effort to transform these hills into farmland. The settlers who took to Perry Township had a hard life, and they had only two principal foundations upon which to build their families: fields for their labors, and prayers for their hopes.

Consequently they had only two principal adversaries: the weather and the devil.

Providing never came easy in the early days and it is no wonder they were so reliant upon Providence. There were precious few General Stores in the township; there were many churches.

Most of the churches were Methodist, Lutheran, Evangelical — names that sounded familiar and comforting in the American heartland.

But in 1822 there was a new church that laid its cornerstone west of Darlington that had people scratching their heads.

It was a Swedenborgian church.

The name Swedenborg is not familiar today; it was even less so in the forests of 1820.

The doctrines of Emanuel Swedenborg (1688-1772) were carried into Richland County by the barefoot missionary, John Chapman; whose legend has remained here through the centuries as Johnny Appleseed.

Chapman had a brilliant mind, and he had a clear understanding of the difficult Gospel teachings that were contained in the books that Swedenborg wrote. With a missionary's zeal, he passed those books around among his neighbors so they might similarly catch his enthusiasm for Swedenborgianism.

Most folks who read the books were simply bewildered.

Swedenborg wrote of heaven and hell; of angels and devils.

Reading Swedenborg can be enlightening, but even in a good translation it can be like he’s writing in a different language. He was a deep thinker with complex logic that traces through abstractions so deftly it could be hard to tell what was literally true and what was metaphor.

Swedenborg intended to point out the correspondences between heaven and earth, and to create a protocol for establishing the divine kingdom here in the mundane world. His religion called for a New Jerusalem.

He said he saw angels. That sounded comforting enough, but he also said he saw devils too, literally lurking behind the doors.

John Chapman, who propounded the New Jerusalem, told folks in Richland County that he also regularly conversed with angels.

So it was not surprising that when he got a Swedenborg church started west of Darlington, the folks nearby were expecting devils, literally.

These are the bones of the legend, and the way the folklore was laid out through the generations:

The Swedenborg church was built in 1822 and it burned five years later.

There were a pair of Sextons who took care of the church property, and tended the crops nearby that were grown in order to pay for the building. Their name was Cornwall — two brothers, according to the 1822 records: Elias and Elihu.

It came November of the year 1826 and their corn was still standing in the New Jerusalem field because no one offered to help the Swedenborgians, even when they paid cash. Locals didn’t want to think they were lending aid and comfort to the legions of darkness. Most folks kept their distance from that crossroads.

Election Day passed and the Cornwalls were looking at Thanksgiving with no harvest.

But then one morning, right before the holiday, when the sun came up suddenly all the crops were seen to be gathered and bound in tight sheaves.

It seemed to have happened overnight … rather miraculously.

That was the dawn when a rumor was born, and within a few short days and weeks it was fully grown with horns and a tail: folks said it was the devil who harvested that field.

It has been nearly 200 years since all this took place, so there is no saying what really happened to those crops. Most likely John Chapman and all the Swedenborgians converged at the church grounds under the full moon, and got the work done quickly singing midnight hymns.

But nobody saw them.

There were schoolkids — the ones with courage — who paced that field in the daylight searching for the cloven footprints of Old Scratch in the furrows.

Folks avoided passing through the crossroads next to the Swedenborg church because it seemed to them there were few angels there, and possibly a trap door in the floor to the hot world underground.

It was only a short time later, in the dead of winter, when the church mysteriously caught fire and left only a scorched patch of ground behind.

Within a few years there was a new church built on the site.

By that time John Chapman had moved west to Indiana, and the Swedenborgians had dispersed like seeds in the wind.

The new church was a Methodist congregation, and it lasted a few generations: just long enough to plant a crop of gravestones out in the churchyard that eventually grew into a healthy country cemetery when the church was gone.

Evolution of a folk tale

Here is the really intriguing aspect of this story:

In Sweden, where the Emanuel Swedenborg congregations originated, one of the folkloric nicknames they have for the devil is “the huntsman.”

If you look at old Atlas maps of Perry Township from the 1800s you find the land where the Swedenborgian church was built came to be owned by a man named William Huntsman. There is still a Huntsman Road nearby.

So perhaps the devil didn’t actually set foot in Darlington, and the whole story derives more linguistically, as so many folk tales do, from a simple case of confused translation and mixed metaphors.

When I turned 16 and could drive around the county, I volunteered at the Richland County Museum in Lexington so I could learn more about local lore.  That was where I met a great many old folks with tales to tell, and one of them was a farmer scholar named Graham.  His life work was gathering crops, and gleaning information about Johnny Appleseed. It was he who told me about the Swedenborg church.

He also presented me with a rare gift: a handful of apple seeds taken from an ancient tree he tended that had been planted by John Chapman.

Of all those seeds I planted only one survives today.  This is how local history survives: one seed at a time.