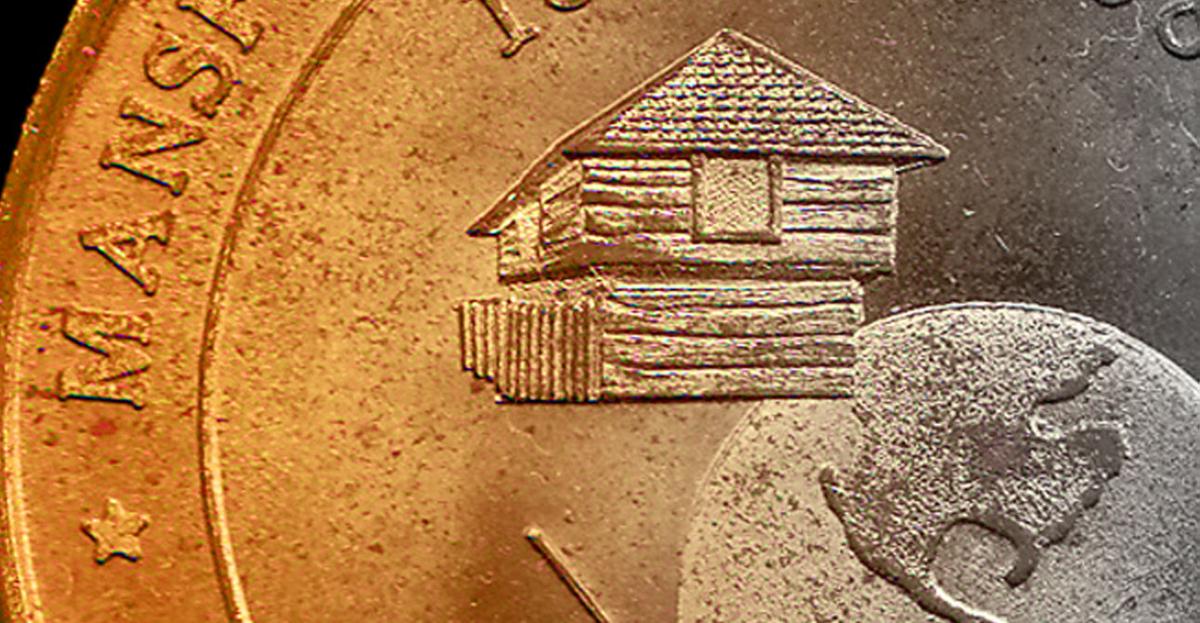 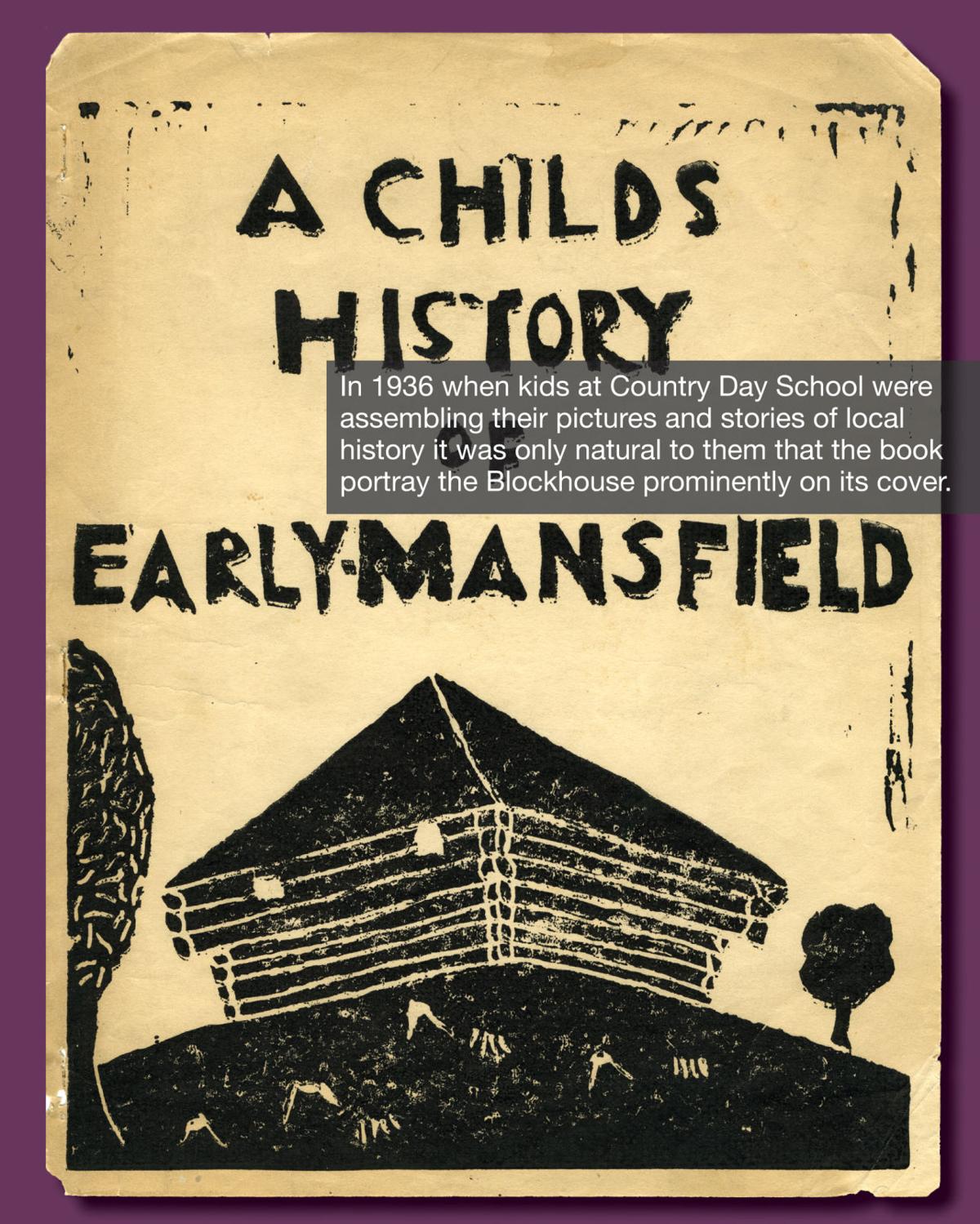 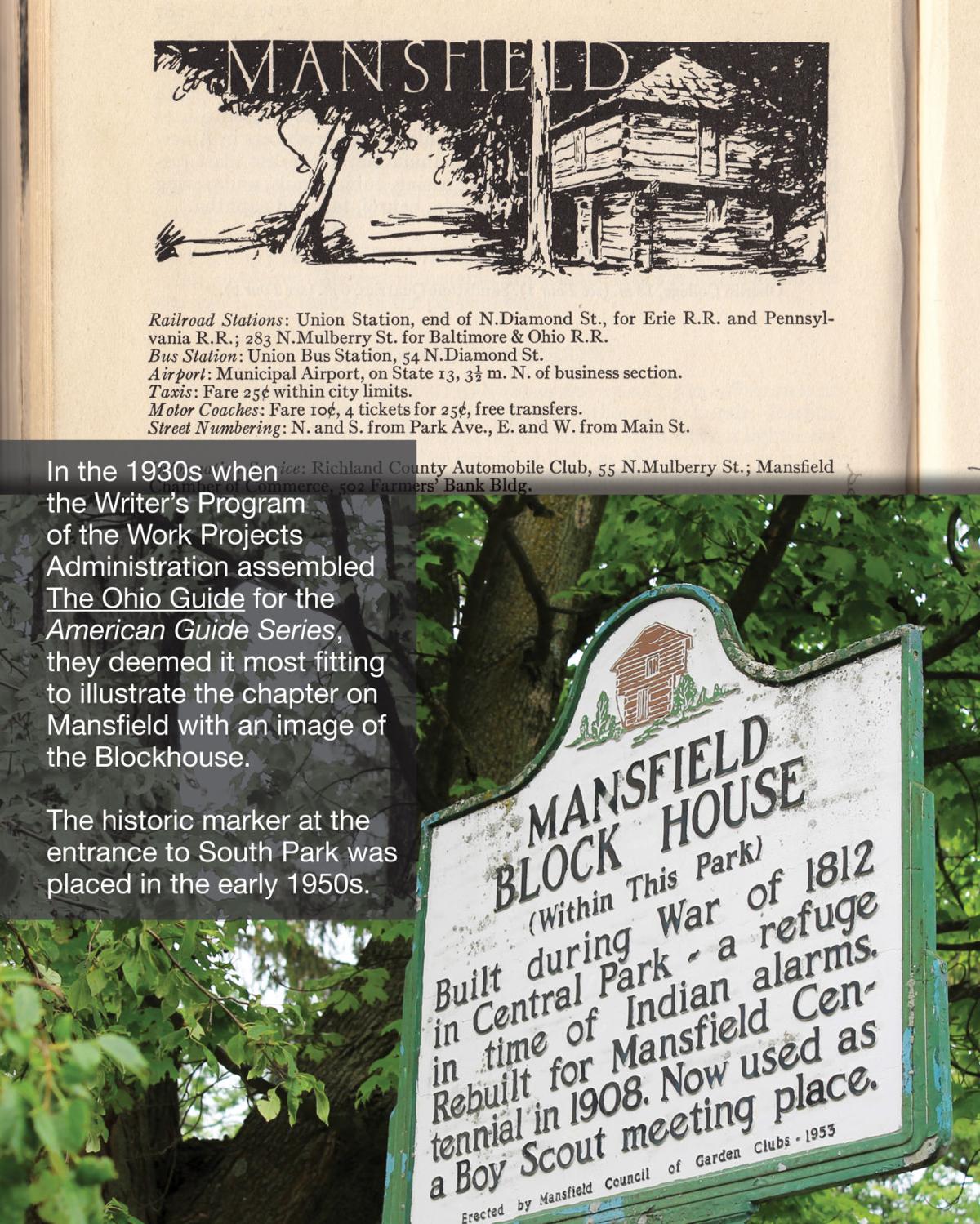 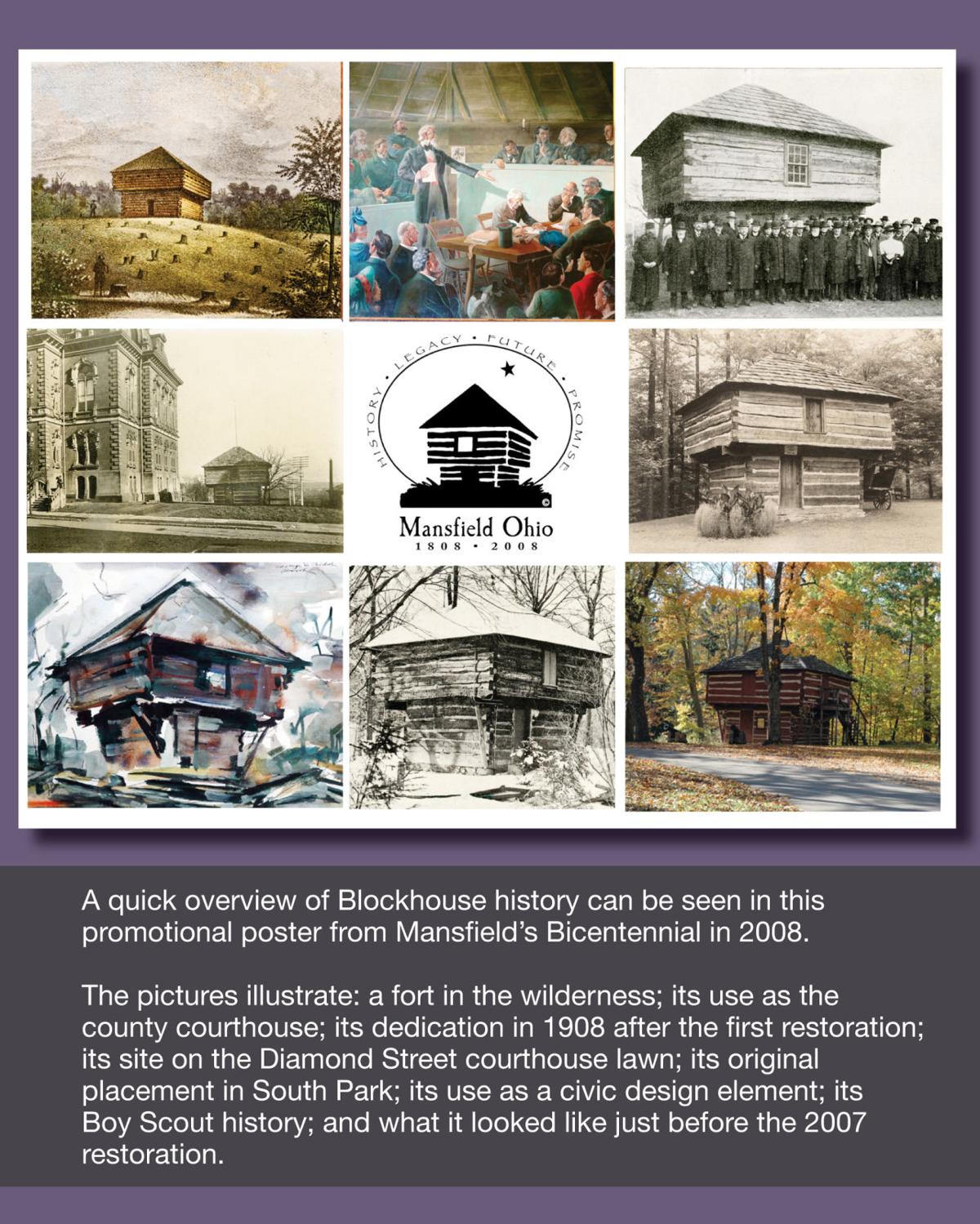 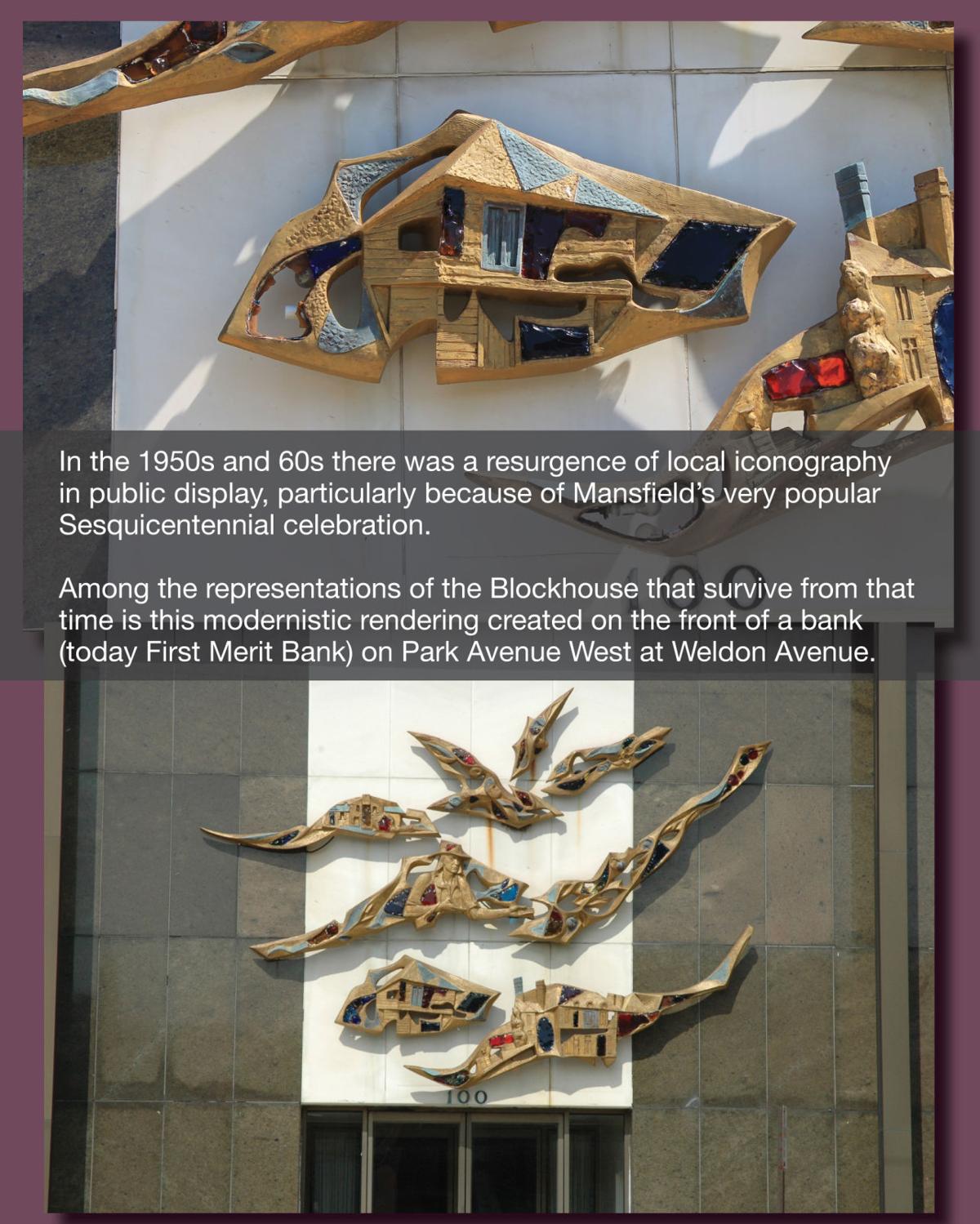 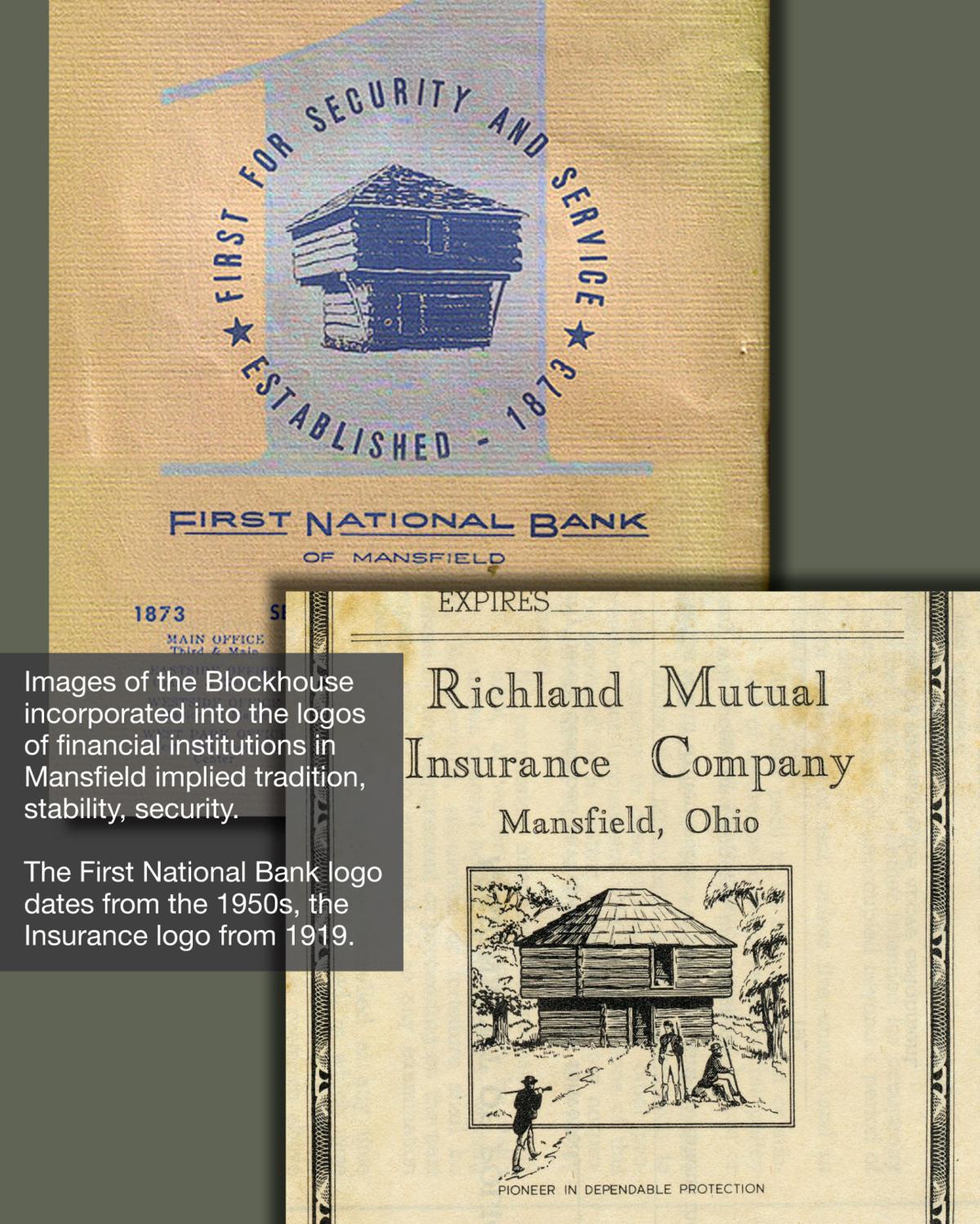 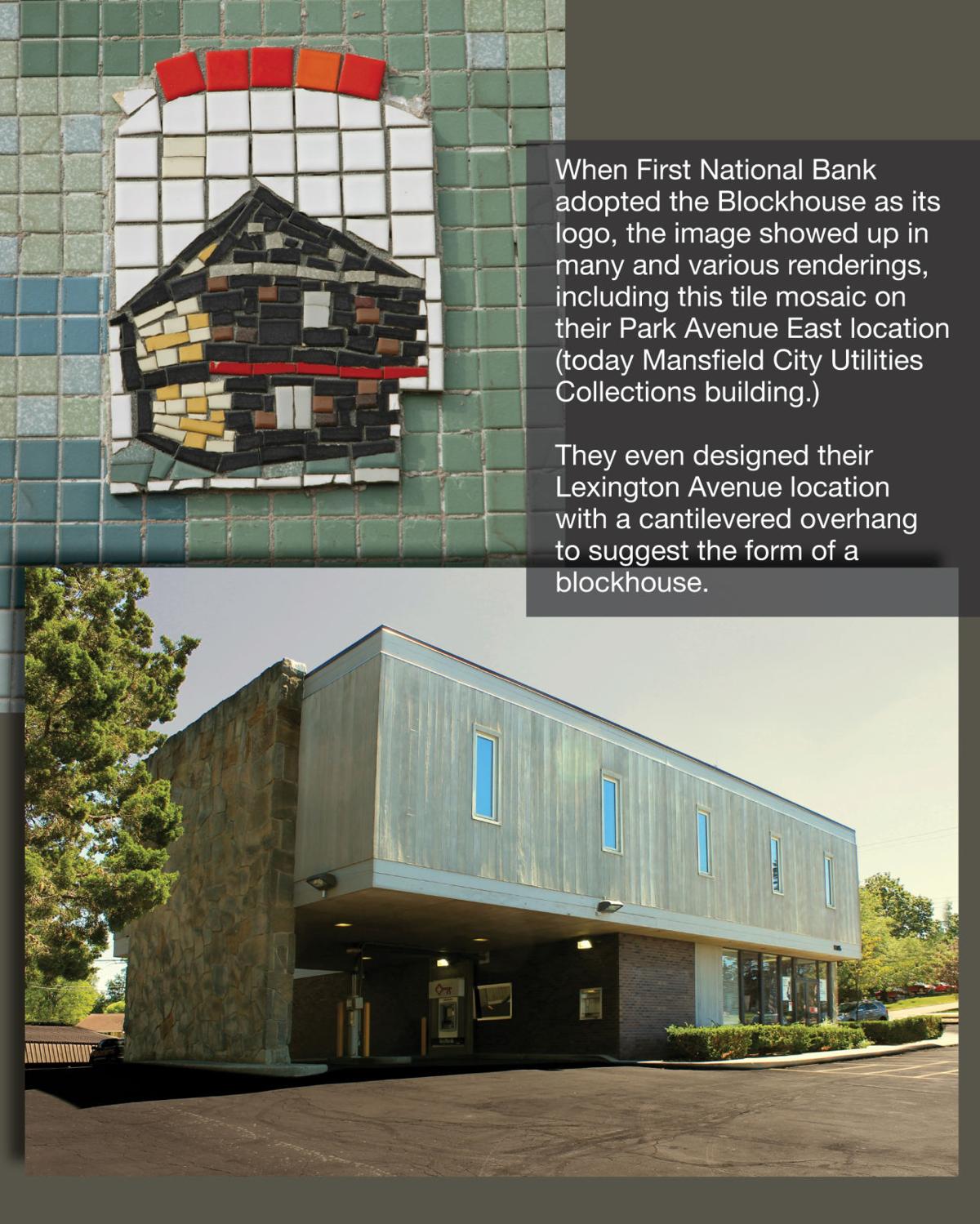 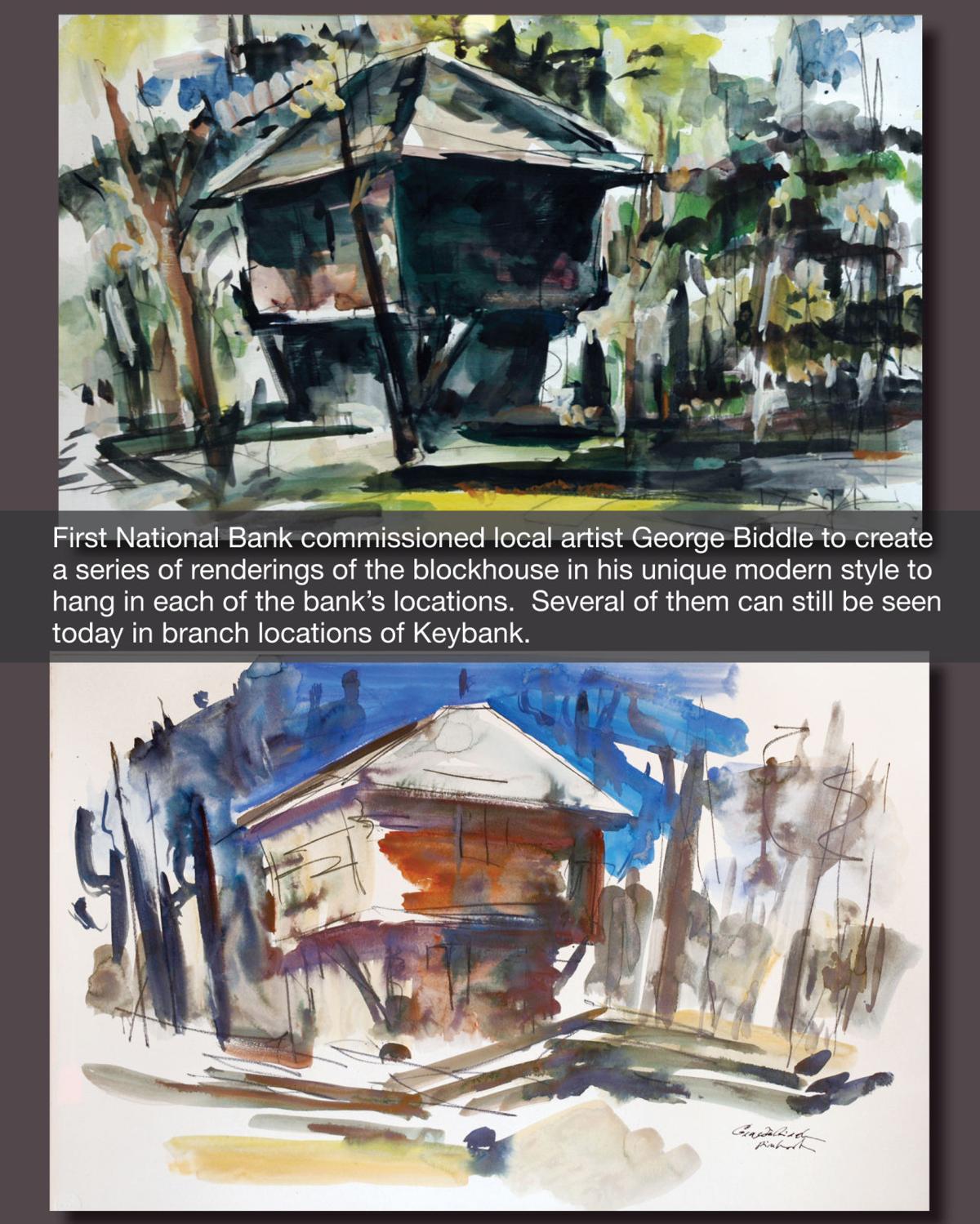 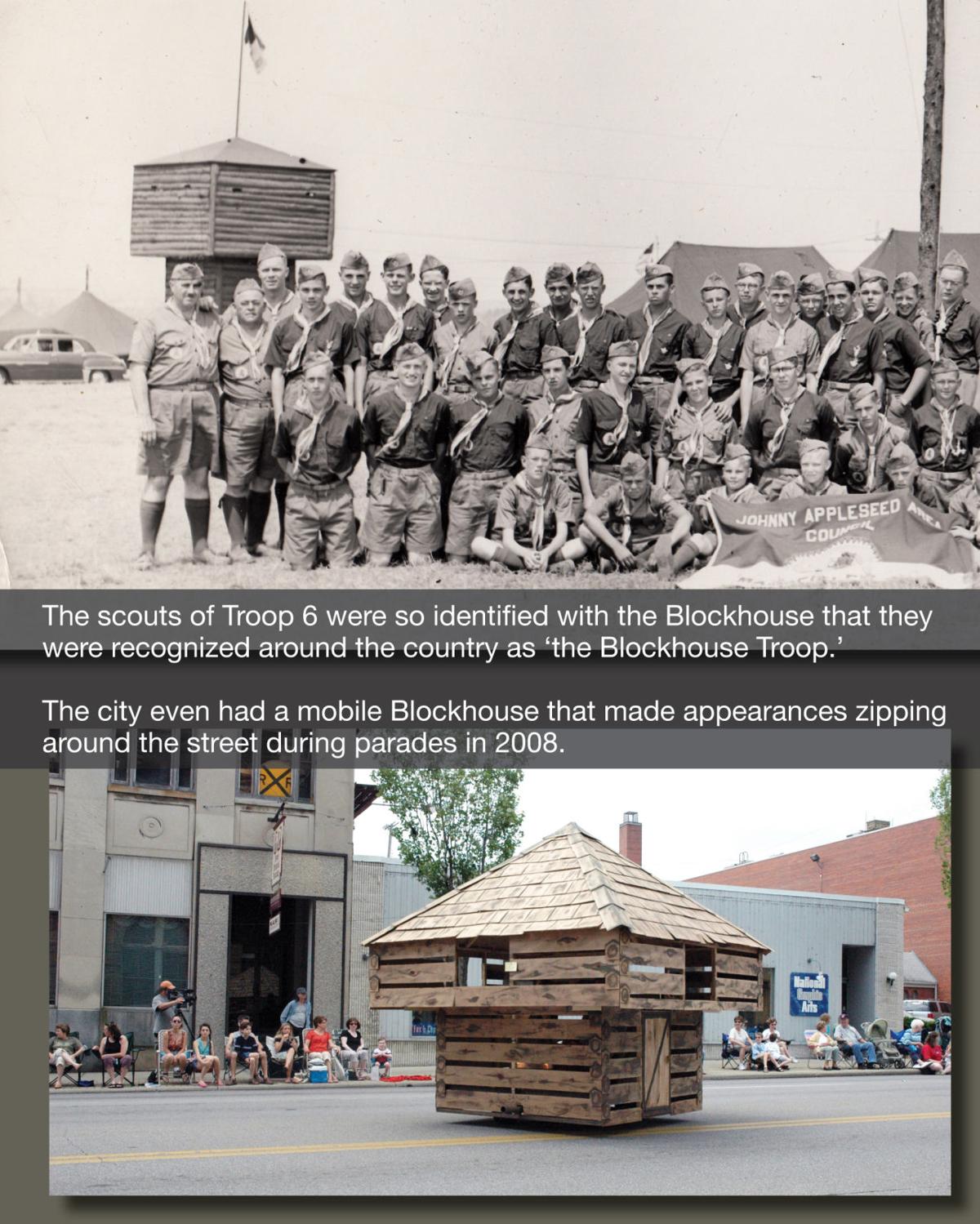 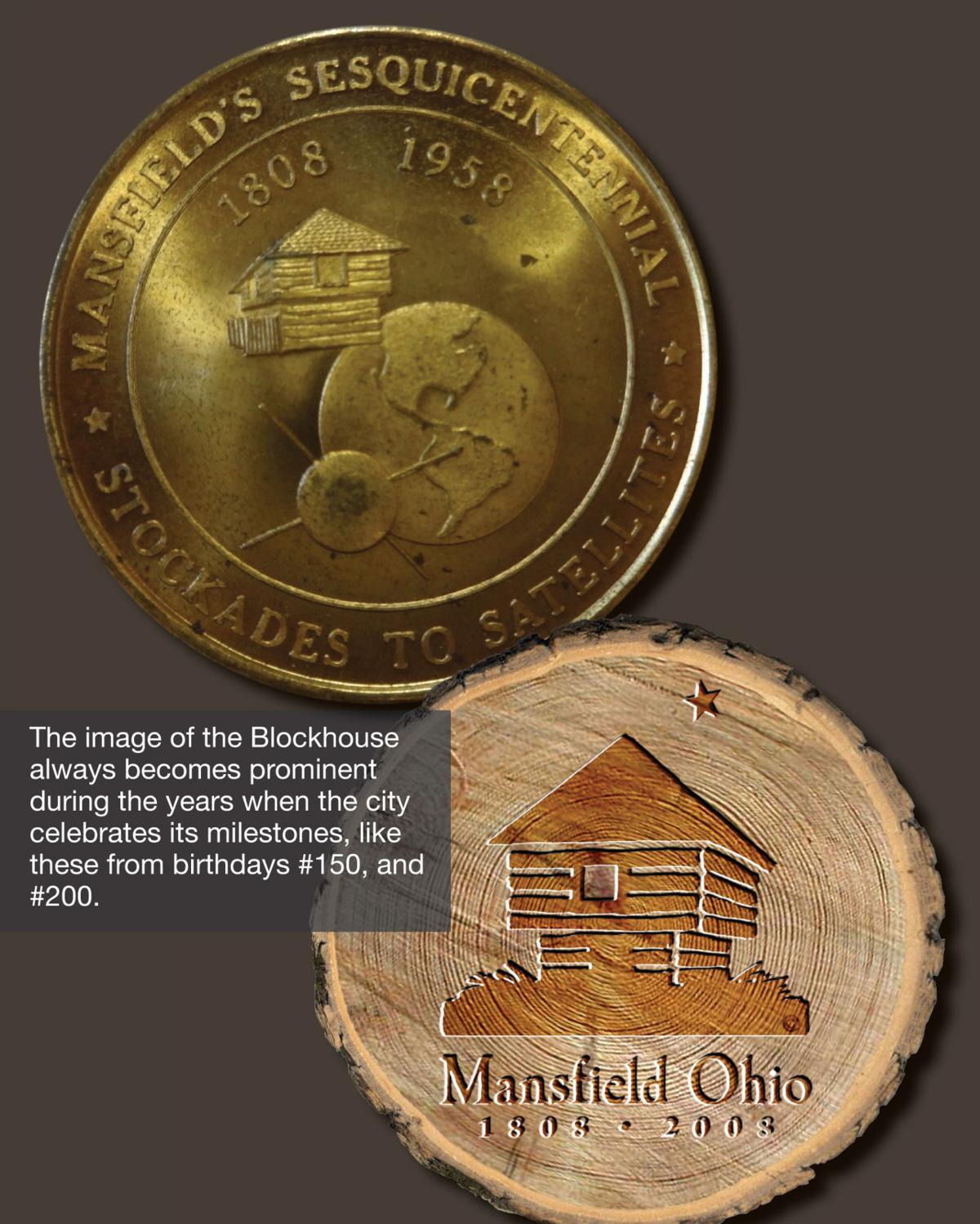 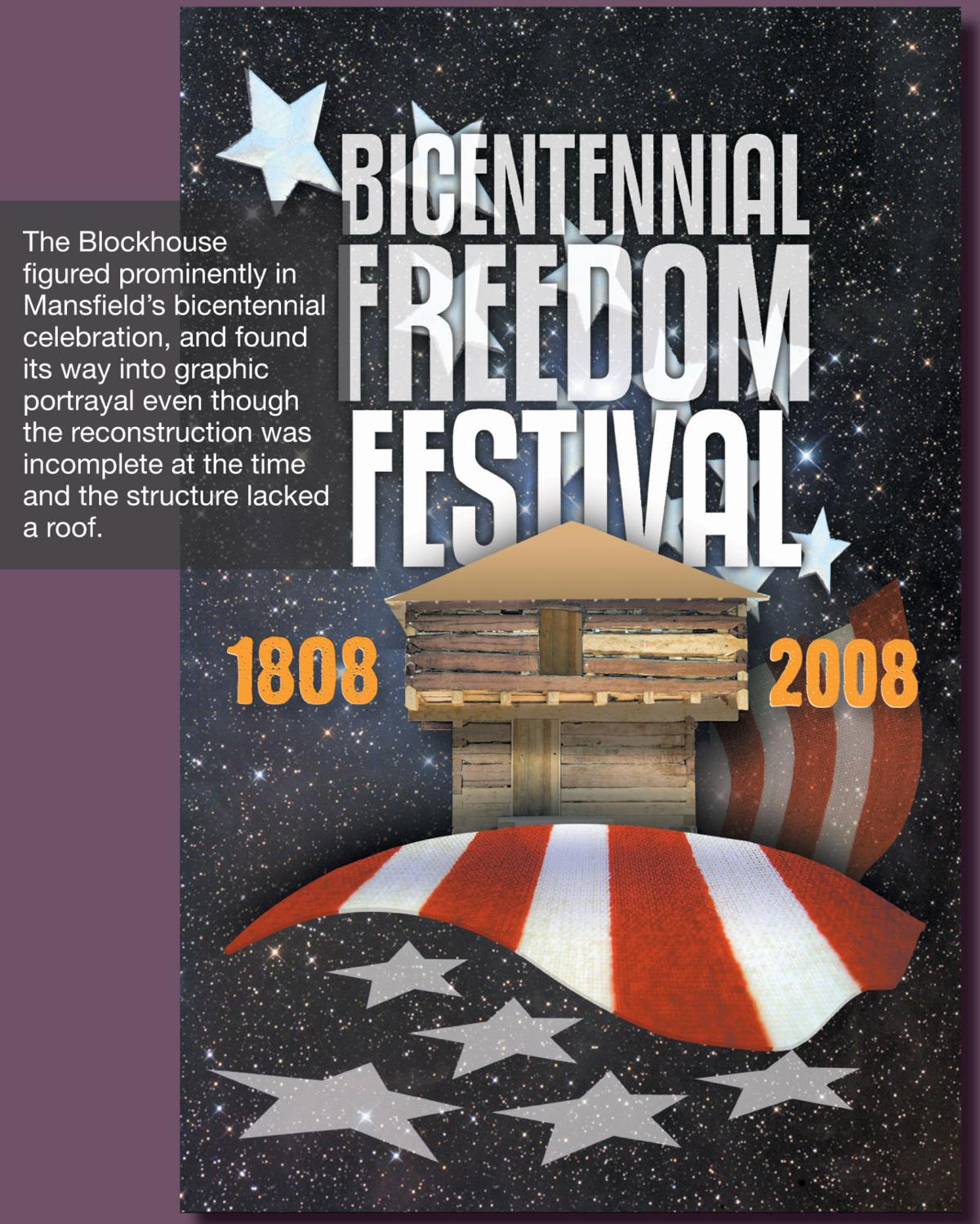 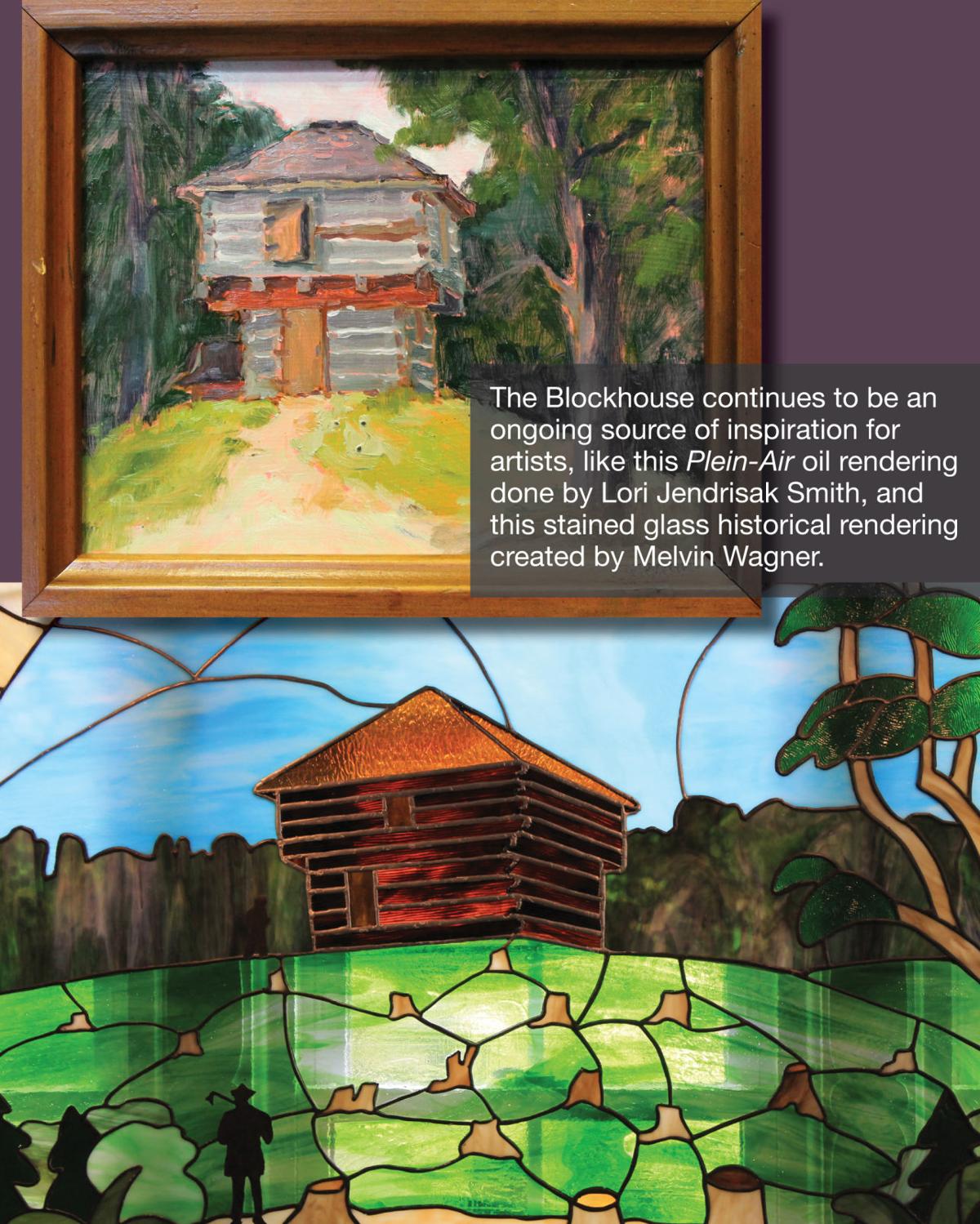 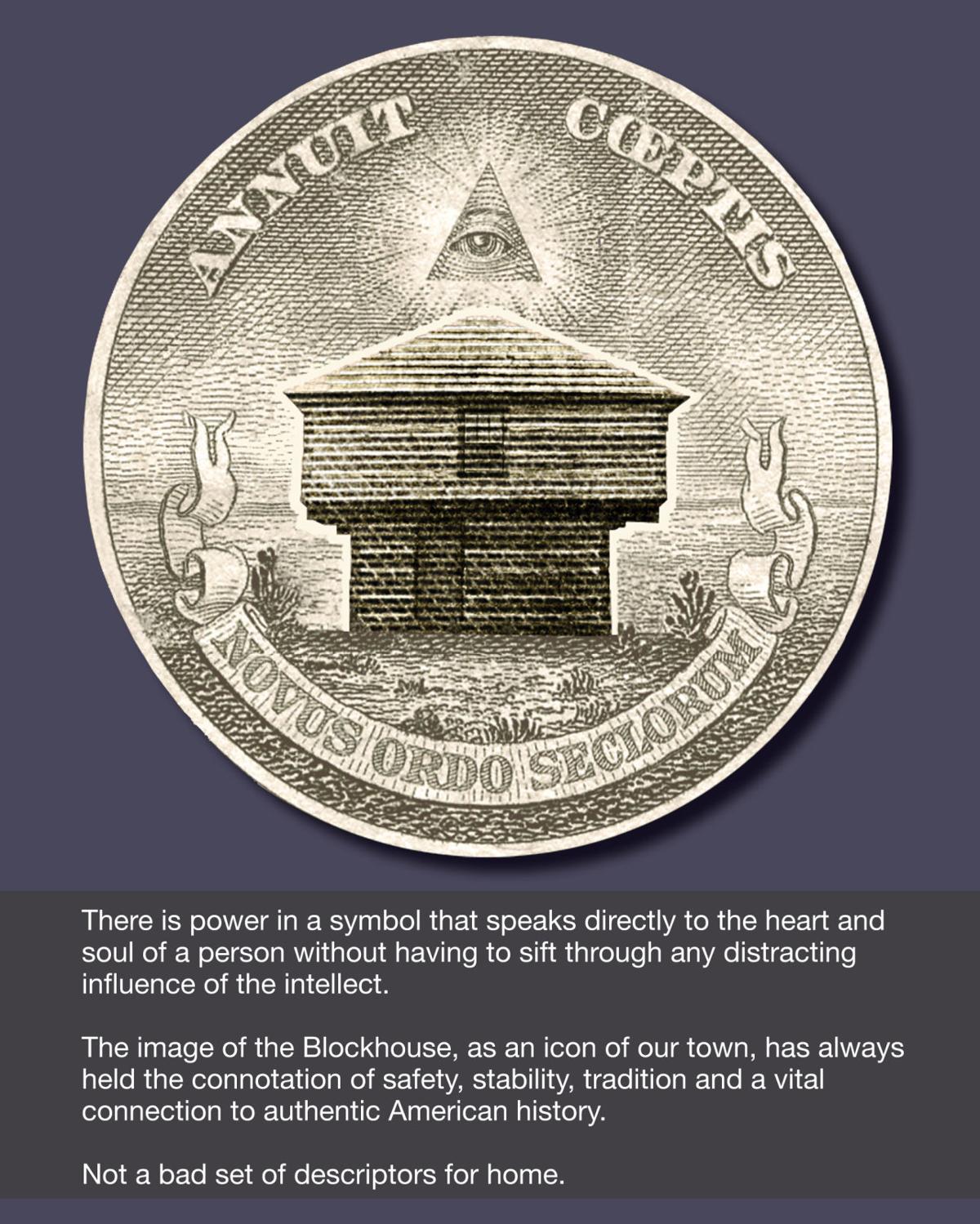 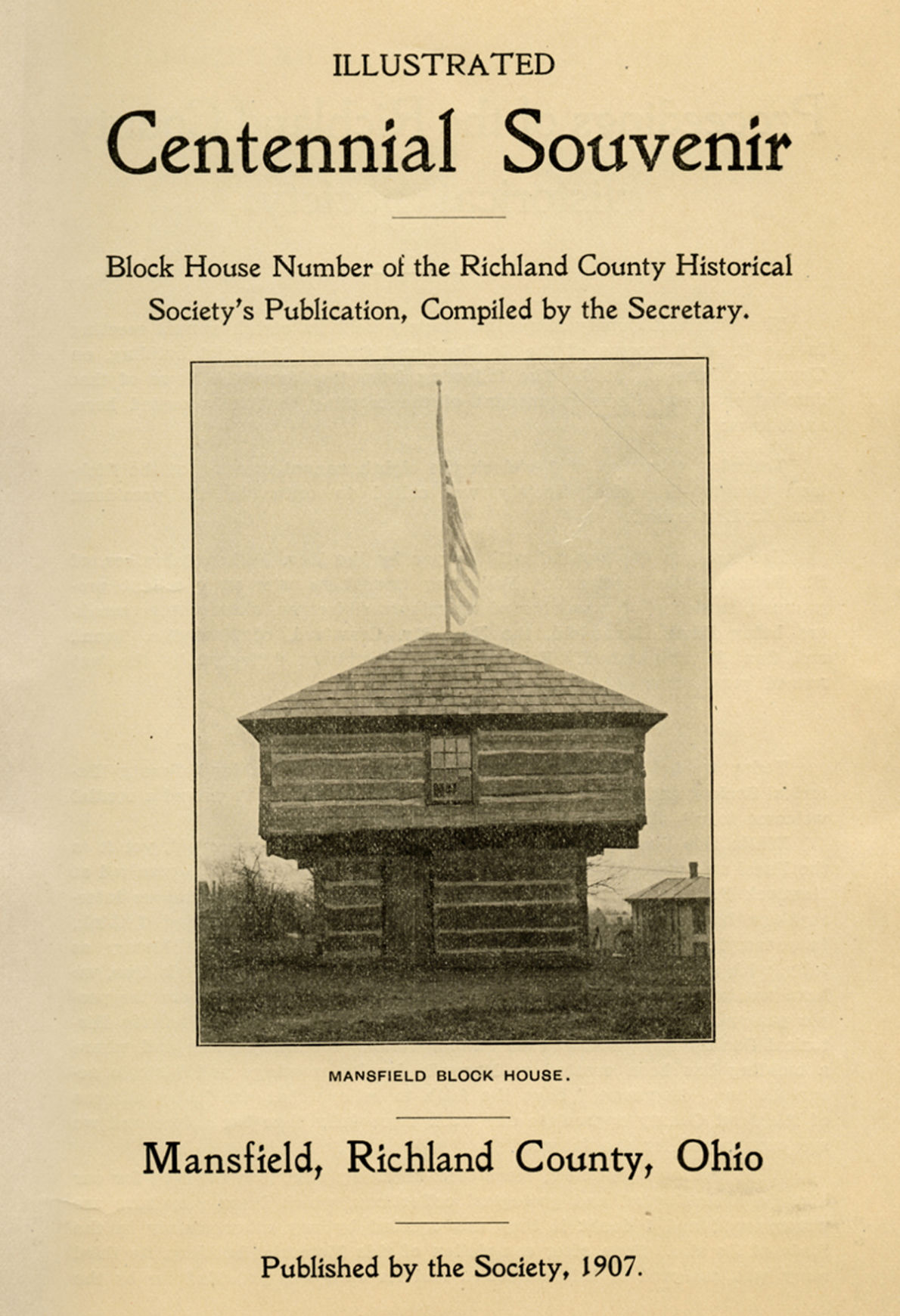 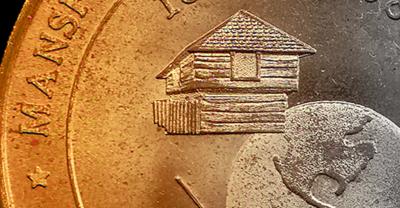 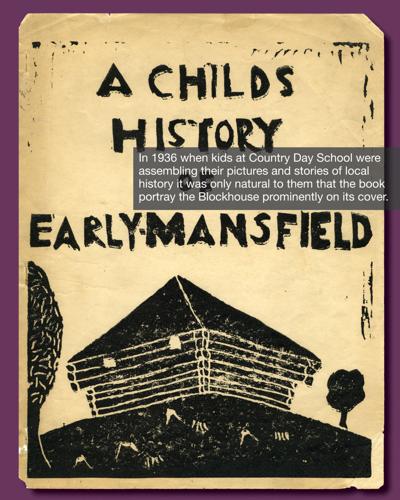 There is really only one iconic image that has consistently represented Mansfield throughout the greatest part of its history, and that is the Blockhouse.

There are other very familiar likenesses of places that can serve as a community identifier — like Kingwood, Oak Hill or OSR — and some significant historic characters like Johnny Appleseed whose symbolic representation evokes the spirit of Mansfield, but there are none that can compare with the city’s long association with its first seminal landmark.

This photo essay explores different images of the Blockhouse, and various ways in which the image has been put to use in defining our civic identity.

For anyone who doesn't know what the Blockhouse is:

One day in South Park when I encountered a small band of kids playing around the Blockhouse I asked them if they knew what it was.

There was only one of them who spoke up, and he told me without any doubt that it was Johnny Appleseed’s house. The rest of them nodded like they all knew that to be true.

A brief rundown of the last 200 years:

The Blockhouse was built during the War of 1812 when Mansfield stood on the very westernmost edge of the American frontier. As hostilities seemed imminent the fort-like structure was assembled on the square as a protection for the local population, and to serve as a military outpost for the U.S. Army.

After the crisis was over the structure served briefly as Richland County’s first courthouse and seat of government, and as Mansfield’s first church sanctuary. It was then moved to a Second Street alley where it was forgotten for about 90 years.

In commemoration of the city’s 100th birthday in 1908 the Blockhouse was reassembled and restored and placed in the courthouse yard on Diamond Street. Following the year of celebration it was moved to South Park where it served for many decades as the home of Boy Scout Troop 6.

In commemoration of the City’s 200th birthday in 2008 the structure was disassembled, reconditioned, and restored to higher, dryer ground nearby in South Park.

A sense of heritage, history

From the time it reemerged from obscurity in 1908, Mansfield was proud of its unique landmark from the pioneer past and promoted it as a tourist attraction in other cities.

By the 1910s, there was a local insurance company that used the Blockhouse logo, calling themselves a “pioneer in dependable protection.” In the 1930s the WPA state guidebook series used the Blockhouse image to identify the city, and in the '40s it appeared on state and national maps as a symbol to mark the location of Mansfield.

In the 1950s there were banks in town that wanted the Blockhouse associated with their institutions because it spoke of lasting tradition, safety and security. And quite naturally when the city celebrated its birthdays at 100, 150 and 200 years the Blockhouse logo predominated as a potent piece of the past linking the roots of our heritage with the present day.

Our little wooden jewel is an extremely rare relic from the primitive times of log construction that has survived long after all other forts have been dismantled or rotted away, and an authentic bookmark placed among the pages of American history marking an exciting and perilous chapter of the story.