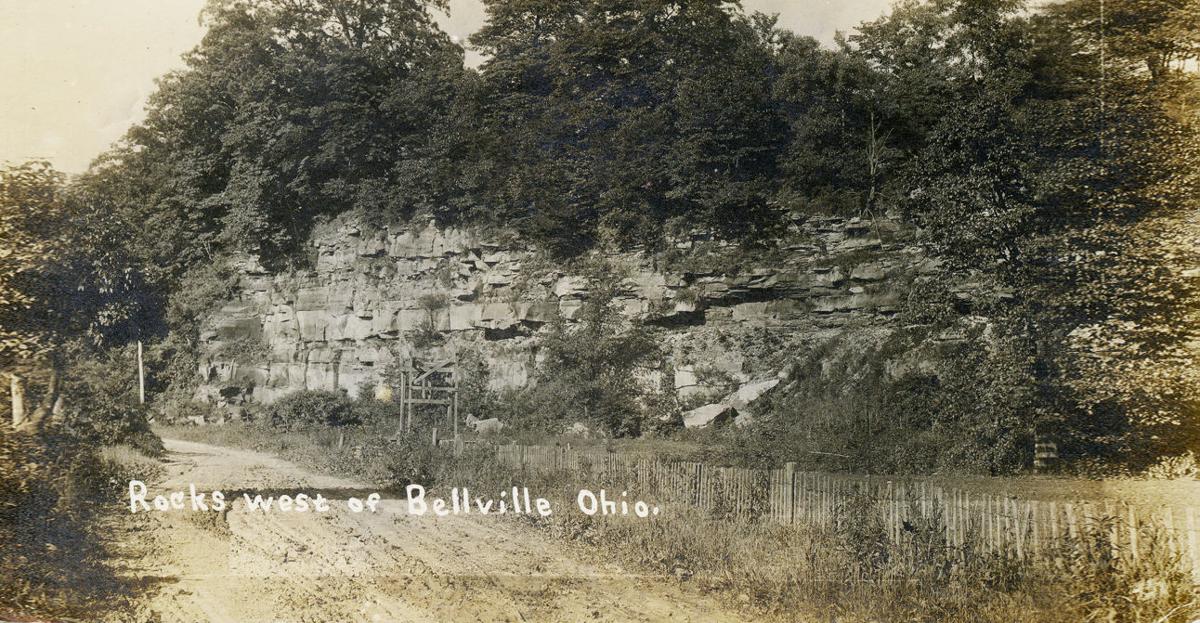 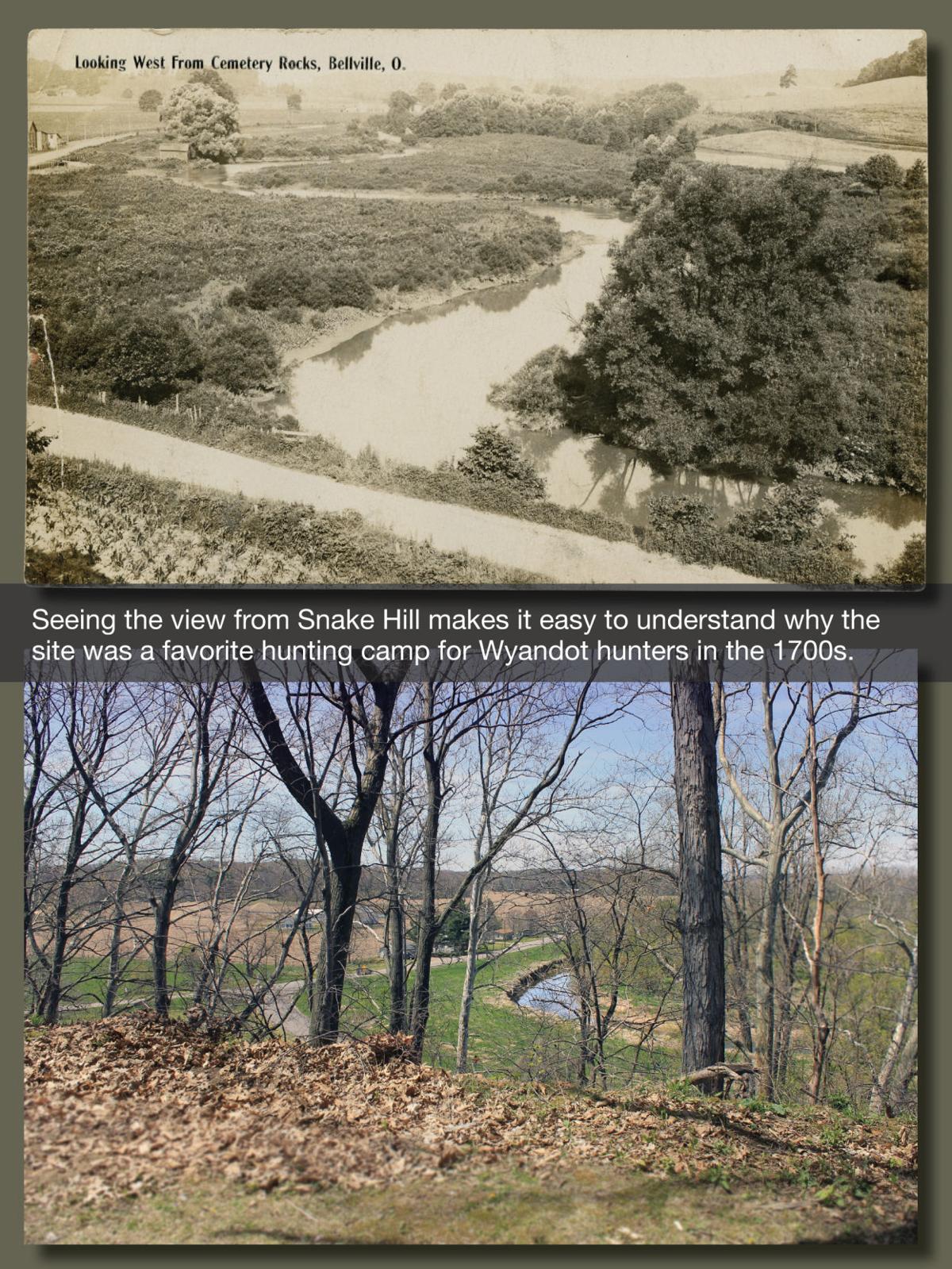 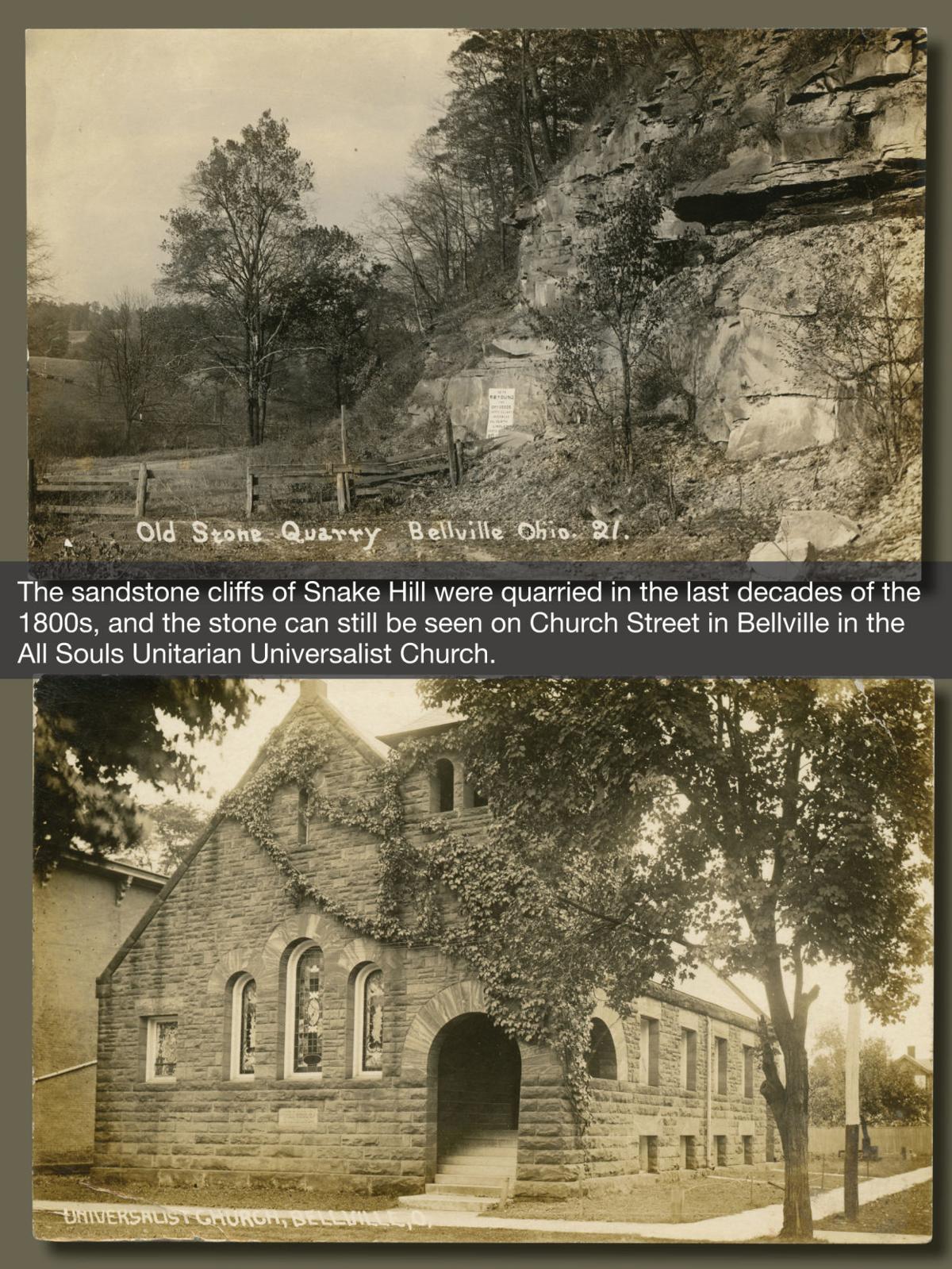 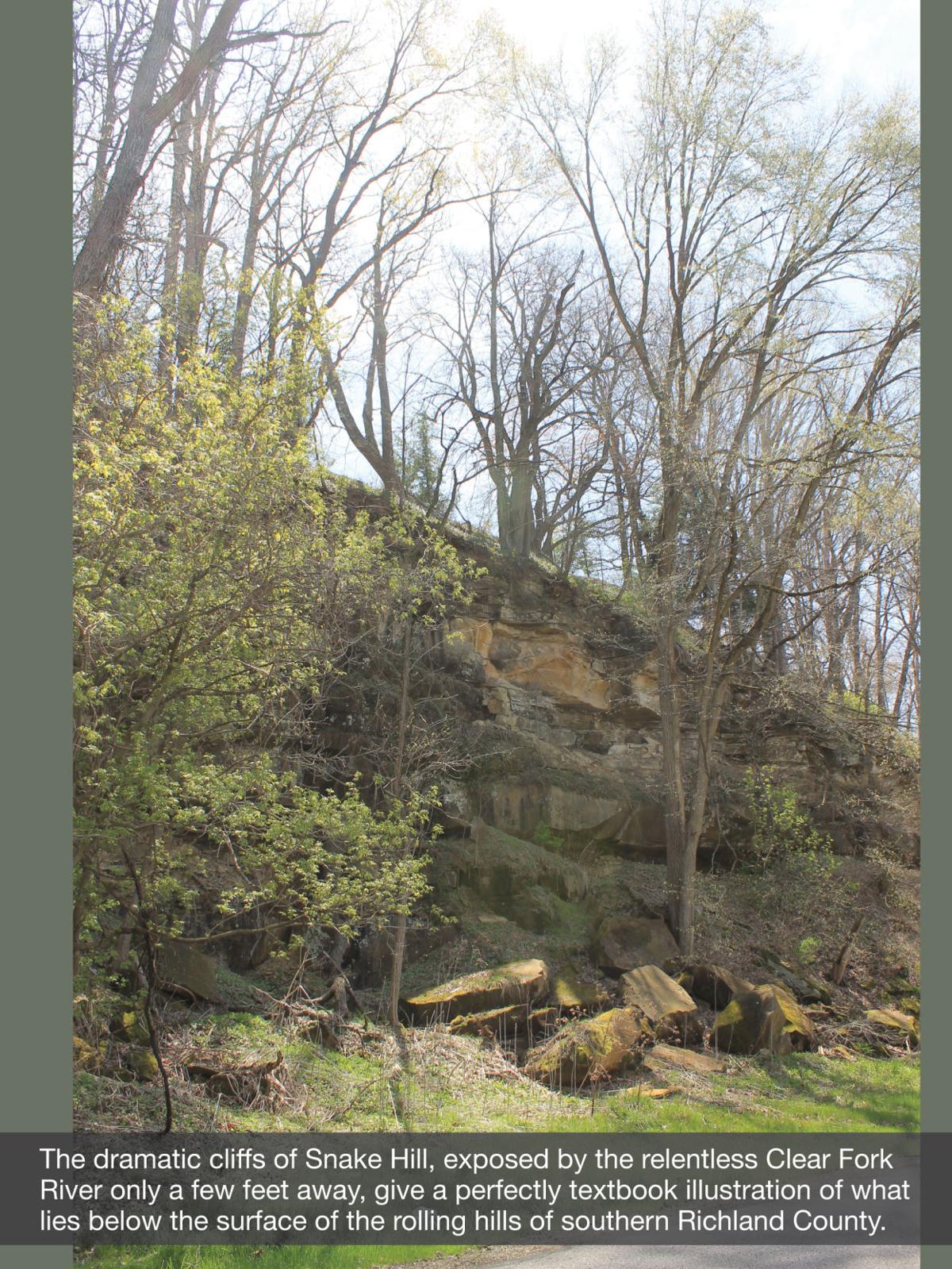 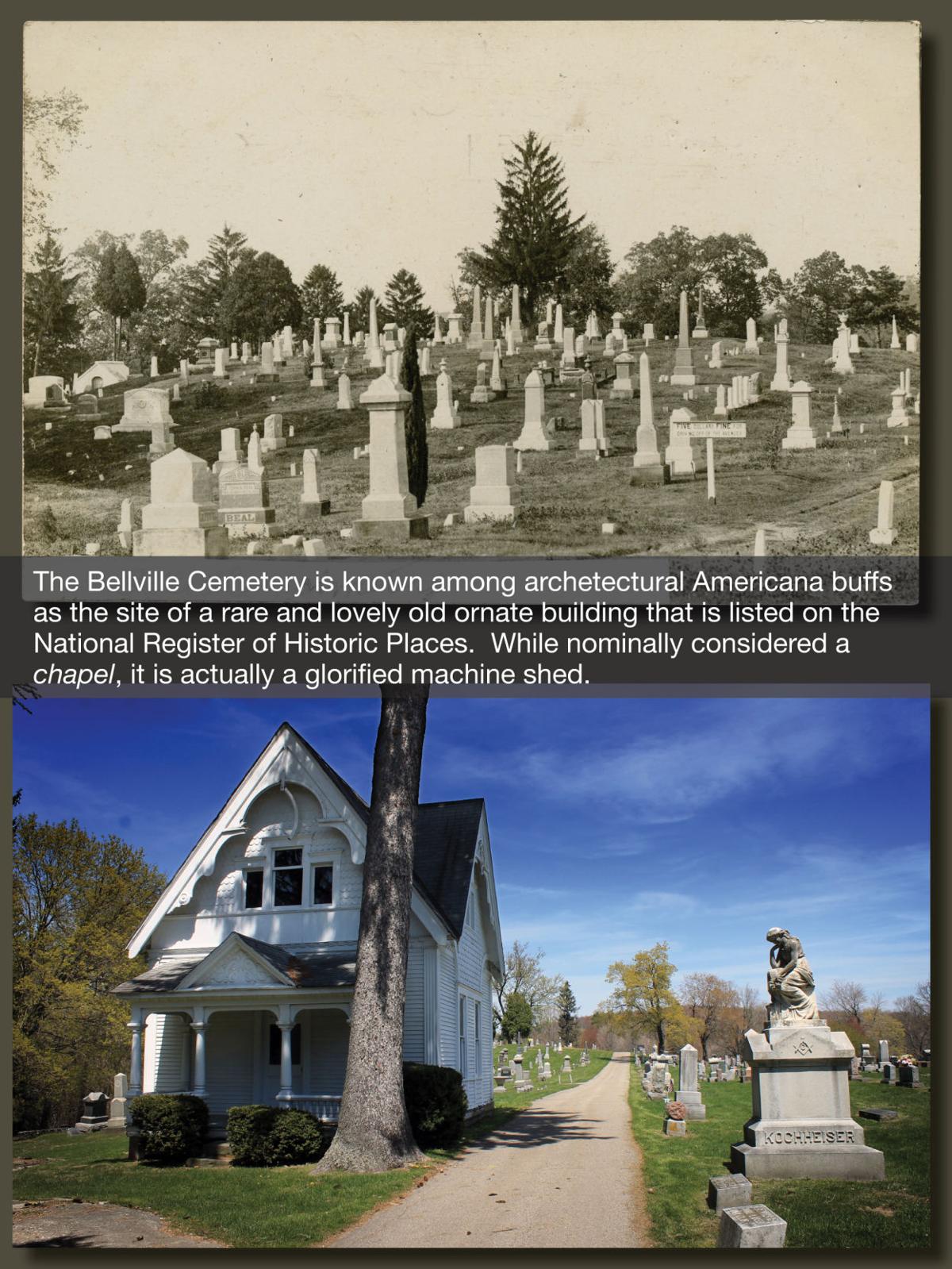 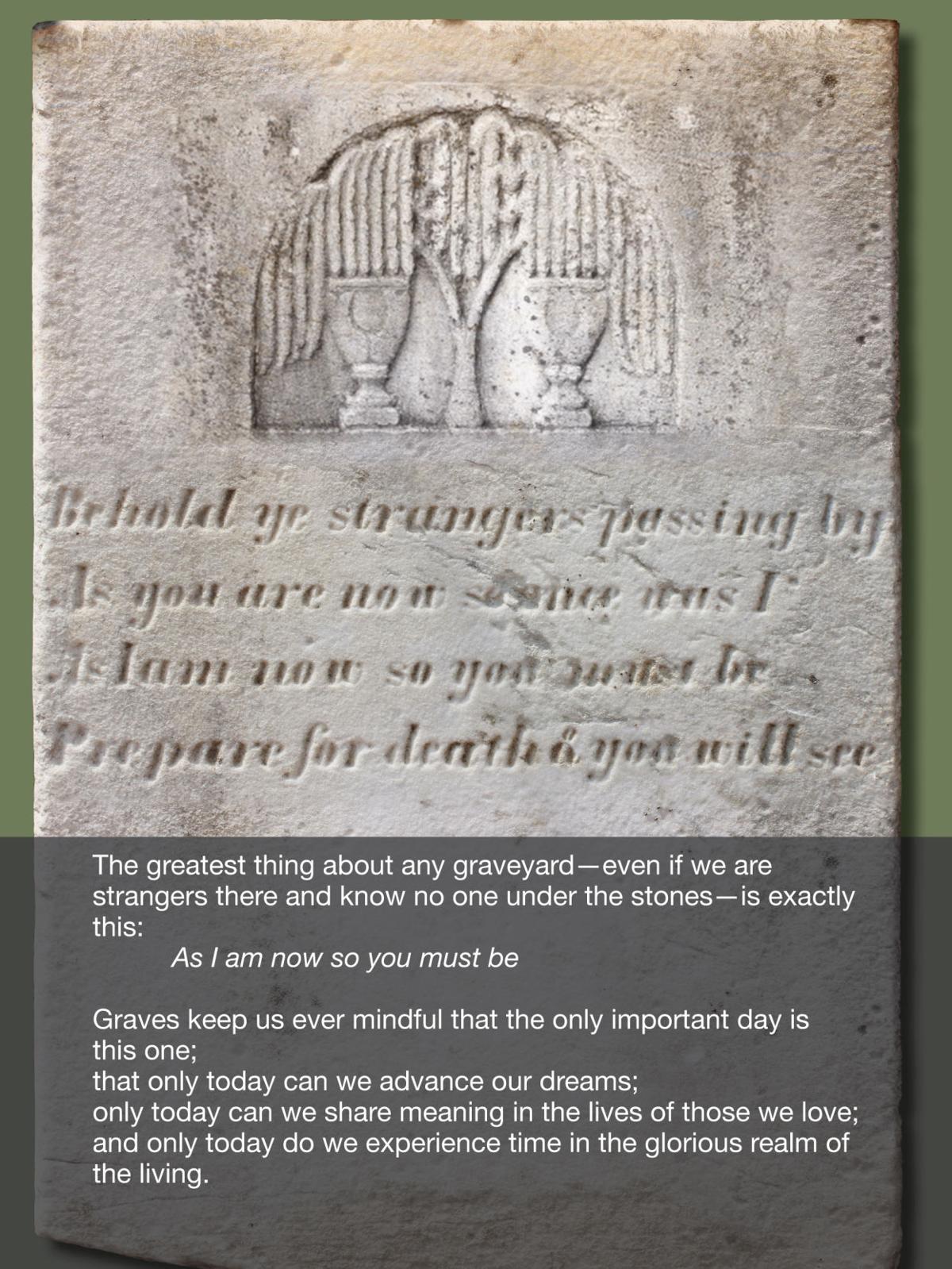 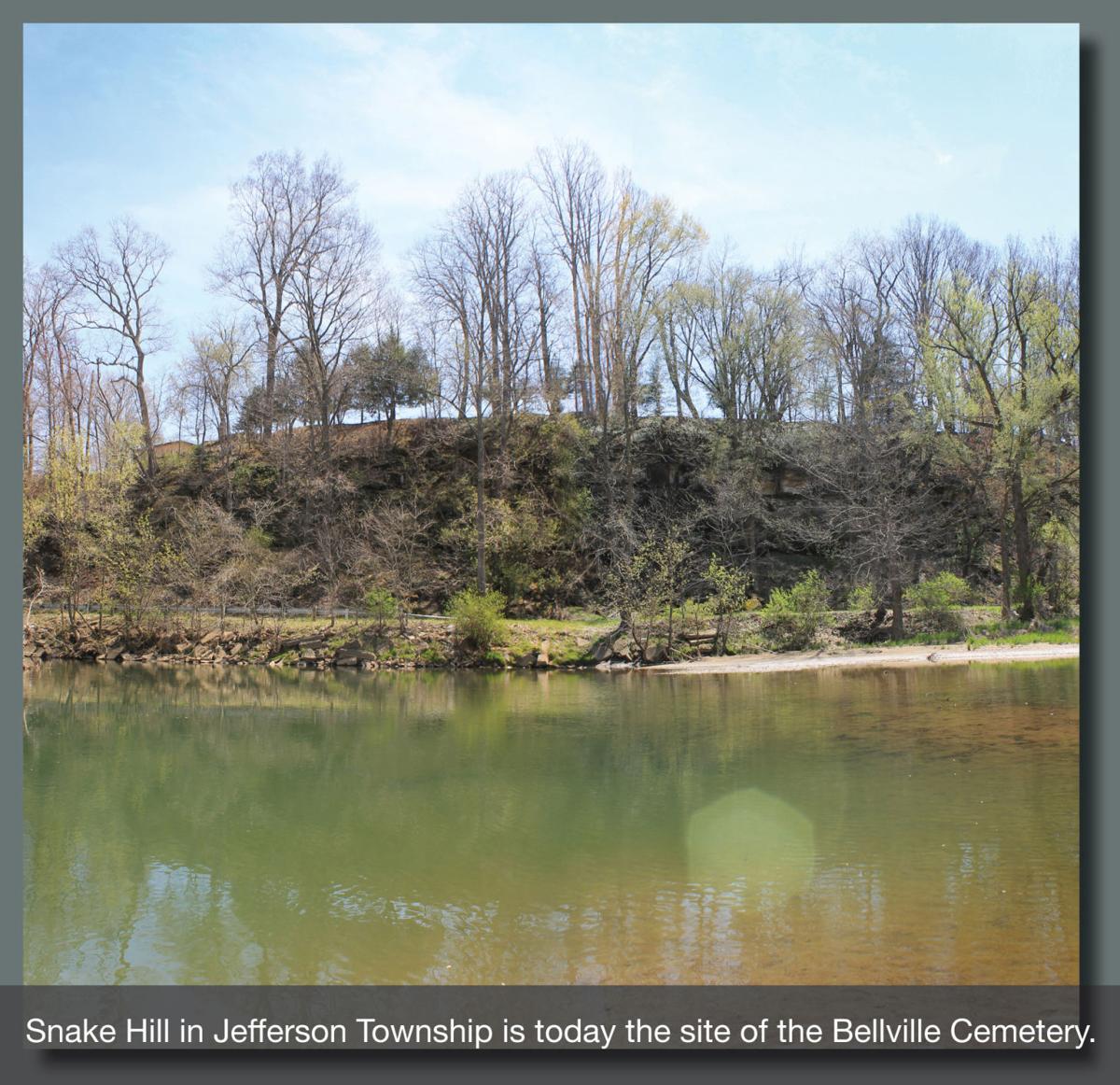 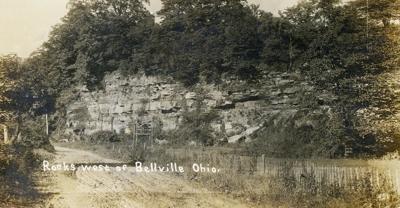 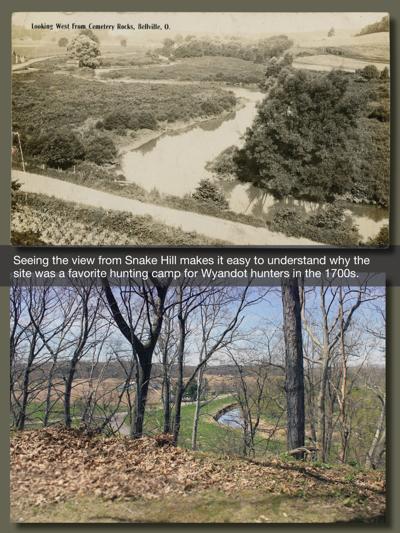 On the western end of Bellville, on a high bluff overlooking the Clear Fork valley, is the town graveyard resting close to the sky on a charming uplift in the landscape known for nearly 10 generations as Snake Hill.

For many of these generations—more than 100 years worth—the name was something of a mystery, and it was naturally assumed that somehow the story of its name had something to do with reptiles. But there was a man who knew exactly where that name came from in the 1870s, when he interviewed the oldest pioneers of Jefferson Township in the process of writing a short treatise on the Tribal origins of the names of northern Ohio’s rivers, valleys, plains and hills.

According to settlers who came to Richland County in 1818, Snake Hill already had that name when they got here, and there were still Wyandot tribesmen around to tell them how it got that name.

At least a hundred years before the first European settlers came to Richland County—before, in fact, this land had acquired the name Richland—the land was already well known to hunters of the Huron tribe. The villages of the Huron were located up in Ontario Canada, but harassment from other Iroquoian tribes made it necessary for them to split up and find neutral ground where they could live in peace.

One of the splinters from the Huron homeland was the tribal group known to us as the Wyandot. They are well represented to us in our county history because of their presence here at the tribal villages on the forks of the Mohican known as Greentown and Helltown.

Though their documented village sites were established only a generation or two before the arrival of Richland’s historic early American pioneers, the Huron and the Wyandot had been visiting this area long before they settled here. For at least a hundred years previous to their planting roots along the Mohican they kept seasonal hunting camps here where they spent months at a time hunting game in the rich forest.

There are a number of sites in Richland County that were documented by early settlers as seasonal hunting camps used year after year by hunters from various tribes—including also the Shawnee and the Lenape—but years and years of clearing forests, plowing crops and fielding livestock erased all evidence of most hunting camps which were impermanent to begin with.

There was one camp, however, that was always easy to identify long after the land was farmed and the tribes had moved west—because the site itself was such a distinctive landmark in the scenery. This was the high bluff west of Bellville overlooking the Clear Fork valley.

That had been the site where—decade after decade for generations—the Snake clan of the Wyandot tribe came and set up camp every year.

Hill of the Snake clan

The Huron word for snake is tio’ngentsihk. When spoken it is about five syllables long and sounds a lot like when you play a record backwards. It is not surprising that English-speaking settlers adopted the shorter one-syllable translation for their landmark, and called it Snake Hill.

Dedicated to my friend Gene Yarger who loved stories of Bellville; whose earthly remains are now at rest on the hill.