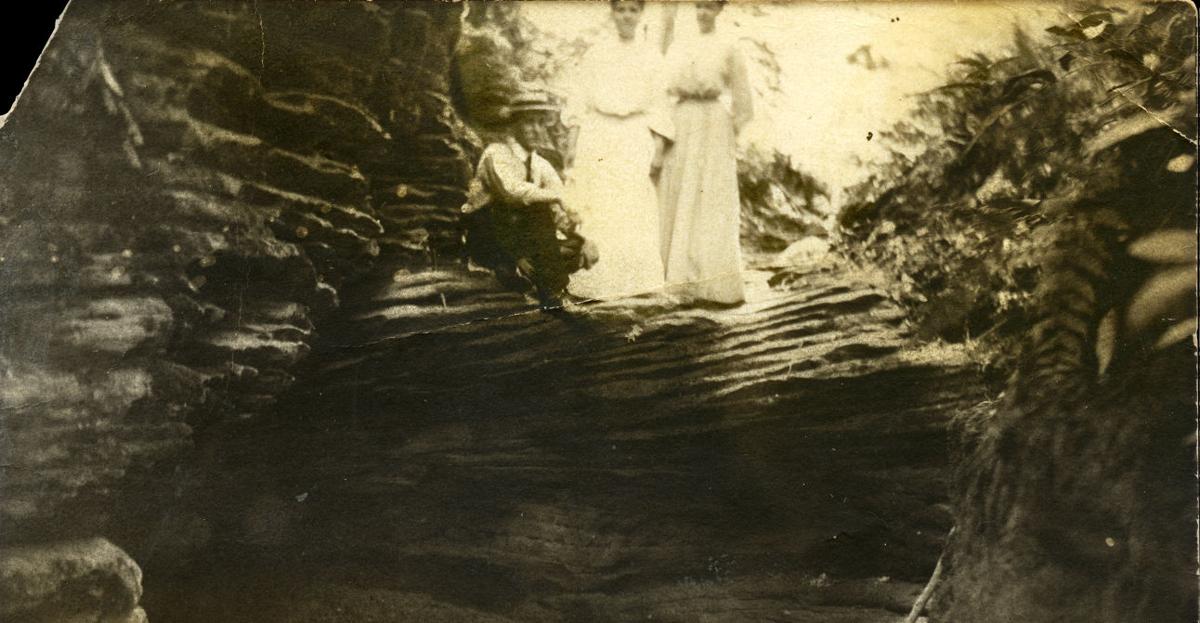 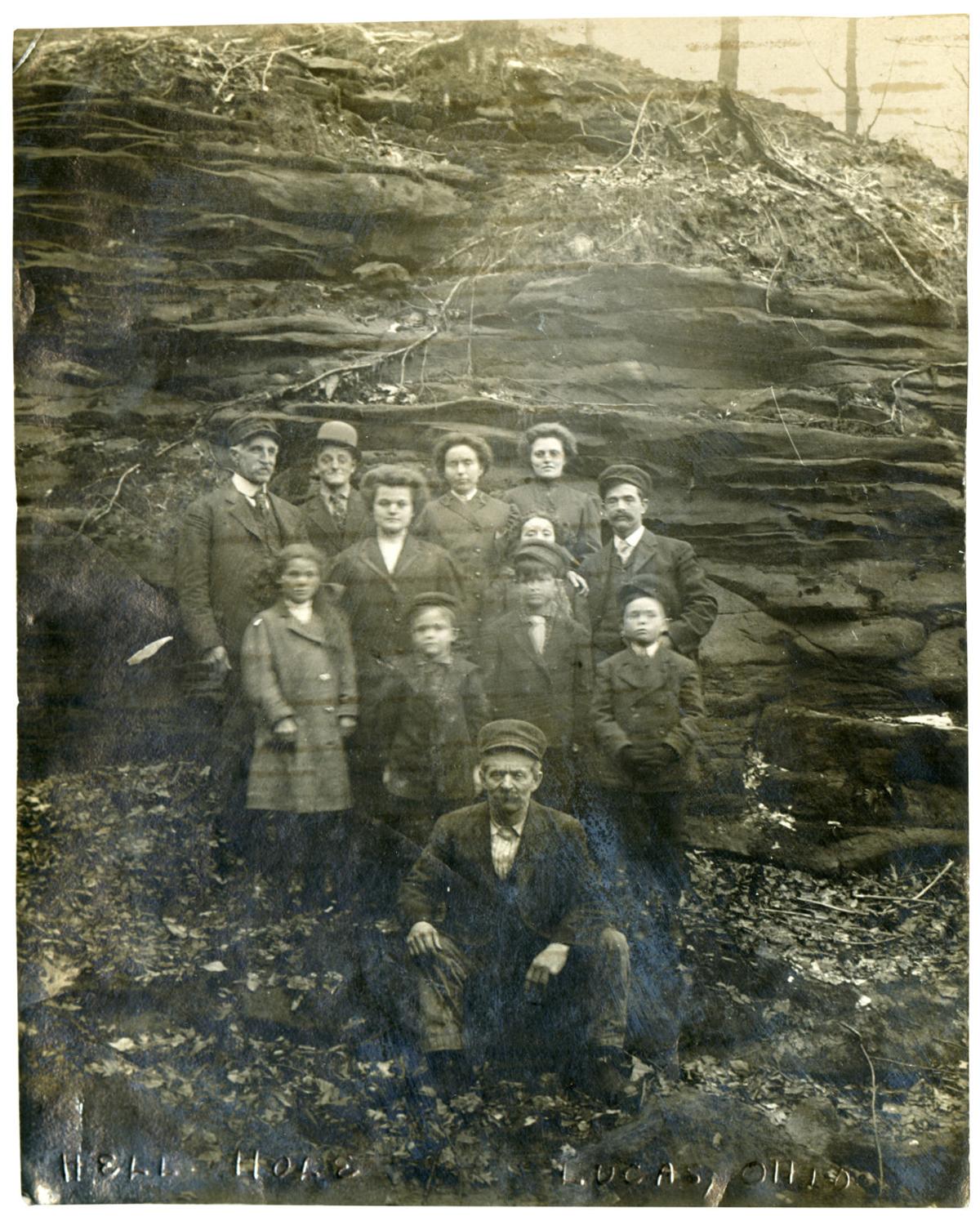 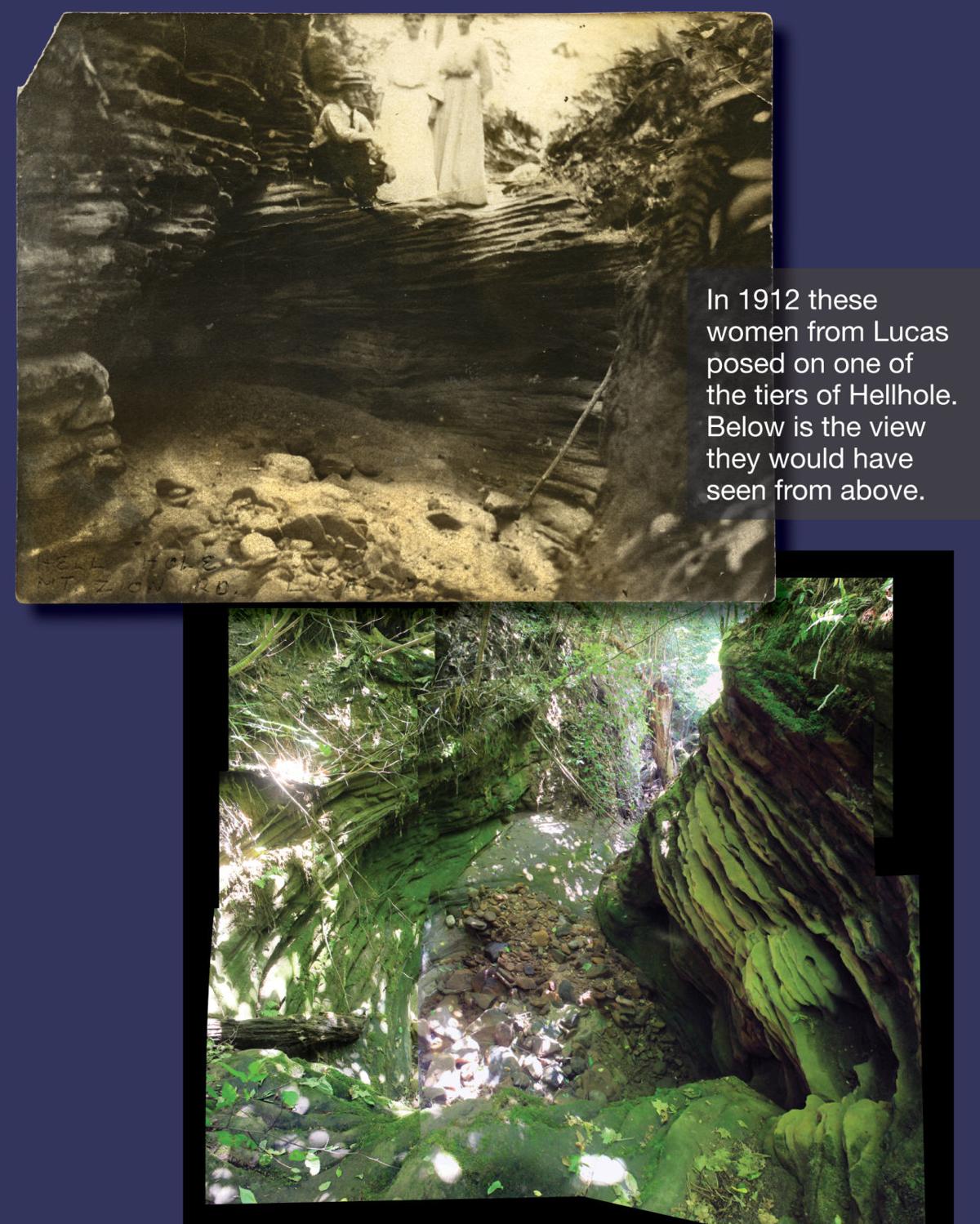 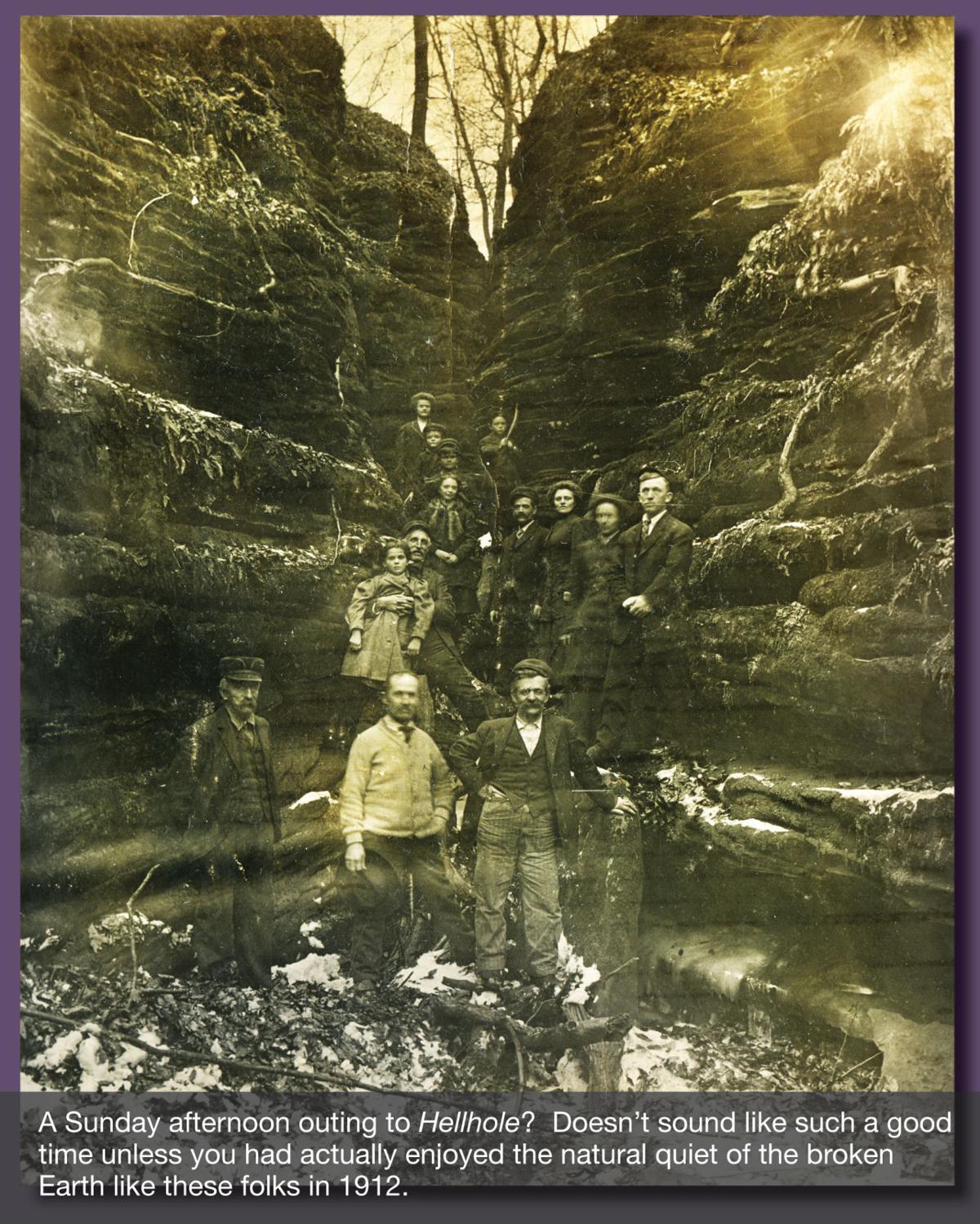 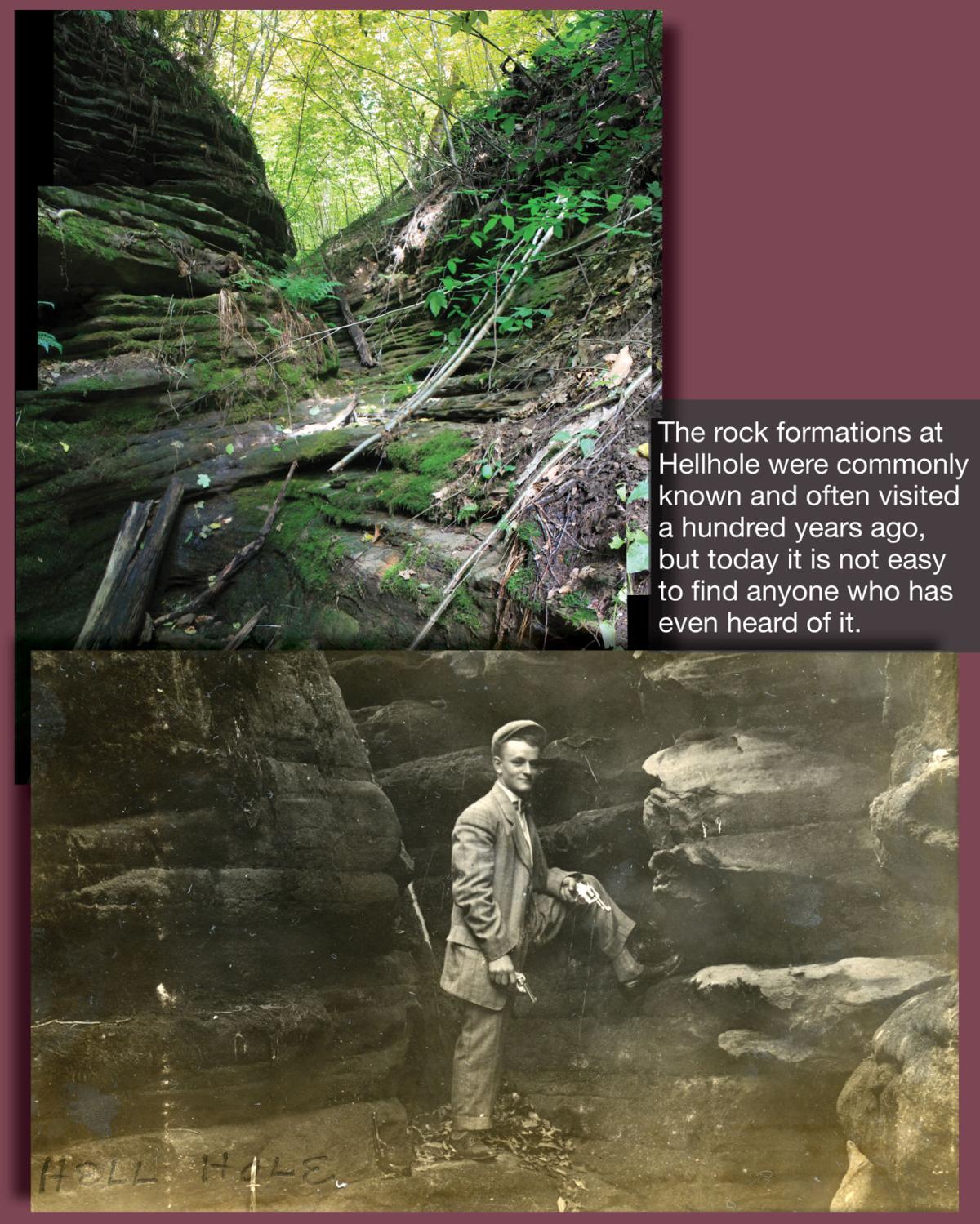 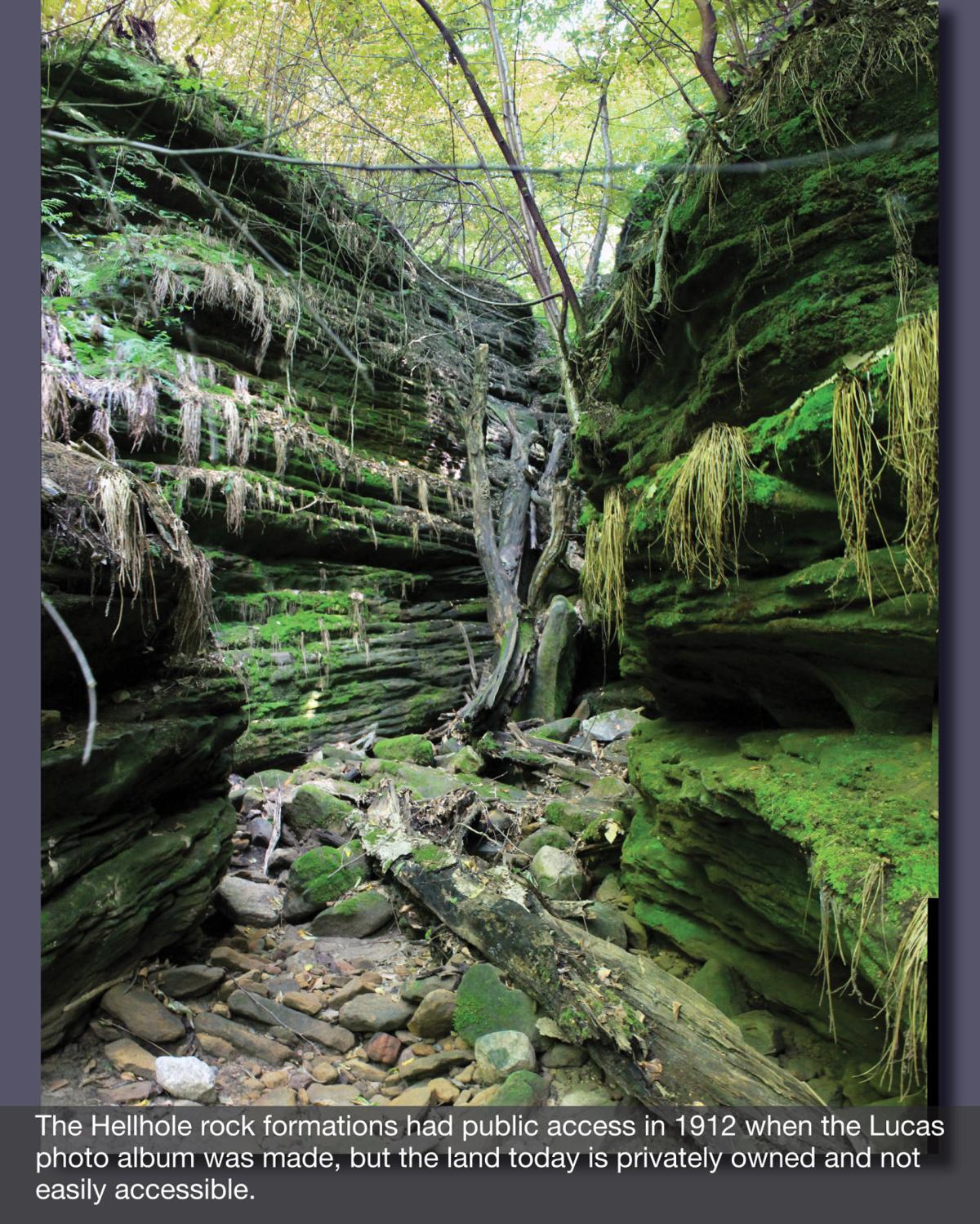 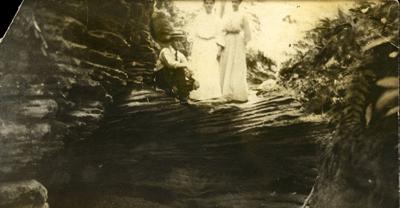 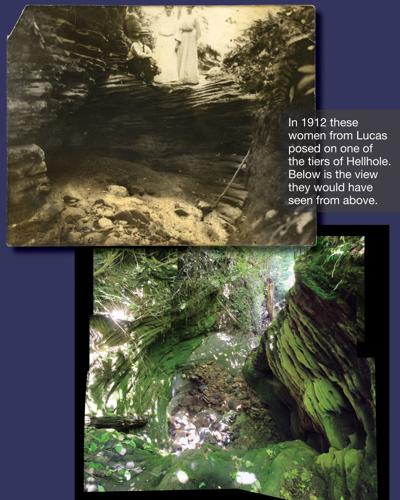 Editor's Note: This story was originally published on Richland Source in 2014.

Friends and family from the Village of Lucas set out on an adventure one day in 1912 and they took a camera with them. T

he album of photos they left behind tells the story of their visit to a riverside hollow up the Rocky Fork where they explored a unique natural wonder — a place where a dramatic work of sculpted sandstone was cut from the earth.

If you were to happen upon this wonderful stonework coming down from the top of the hill, it would seem as if the Earth had just cracked open to its depths — so sudden and steep is the planet broken that a kind of vertigo takes hold to make you catch your breath.

That’s why the place got its name over a hundred years ago when tourists visiting the spot called it Hellhole.

A more peaceful hell one could not imagine though, nor a more lovely place of quiet repose. It has shallow reflecting pools that are so clear they look like a glass showcase protecting the colored pebbles beneath its surface.

There is something that quietly stirs the soul to be in a place where the mighty, coarse and solid rock is unexpectedly shaped in graceful carves and arches, smooth and cool and living green.

At some remote point in the distant prehistoric past — presumably due to the epic melt-off of great mountains of glacial ice that invaded from the north — our geography shows that terrific amounts of water went racing through Richland County like a stupendous spring flood.

And like every spring runoff it carried away dirt, only because it was such an unbelievably colossal washout — huge rivers of it — the water swept out so much soil that the bare bones bedrock and the sandstone underpinnings of our landscape were exposed.

And because that layer of rock holding up our hills was sandstone — made of compressed sand — it was not difficult to carve, so the hurling waters sculpted for us the picturesque array of cliffs, waterfalls, caves, and scenic rock formations that have been sight-seeing destinations ever since humans first discovered them in the forest.

It is interesting that the notable stone-made features of this area — no matter how many miles apart — are all cut from the same gigantic piece of sandstone. Fleming Falls, north of Mansfield, and Hemlock Falls by Butler; Gatton Rocks along the Clear Fork and Lyons Falls in Mohican — all of these natural beauties are related just below the skin of the green earth, and were all sculpted out of the planet in the same dramatic manner.

One of the lesser pieces of our local rock collection, and the one least recognized or accessible, is Hellhole.

That Which is Not Hellhole

The old joke goes: How do you carve an elephant? You take a big piece of stone and cut away everything that doesn't look like an elephant.

When the carving is finished everyone is looking at the elephant and no one particularly wonders about all the rest of the stone that was cut away … everything that doesn't look like an elephant.

That is the unspoken question posed by the presence of Hellhole, Fleming Falls, Hemlock Falls and all the other Richland County rocky ravine features:  what happened to all the rock and earth that was cut away in order to make the sculptures?

The rolling hills and scenic valleys of our home were all shaped by the removal of earth. Somewhere there must be a prodigious pile of dirt. When you dig out a hole for your basement cellar all that dirt has to go someplace … where did all of our fill dirt go?

The answer to that enigma can be found on any roadmap of the United States. If you drive out of Richland County and head south about 600 miles you’ll pass through the Great Smoky Mountains and then come out on the flat countryside of Georgia, Alabama, Florida.

All of these Gulf Coast states are built of nothing but fill dirt: all the runoff that washed out of Ohio, Kentucky, Tennessee to carve the mountains and foothills.

So sometime when you’re on the beach on the sunny south coast of America and you look down at the sand on your toes, you may be looking at grains of sandstone carved away from Monroe Township in order to chisel out Richland County’s Hellhole.