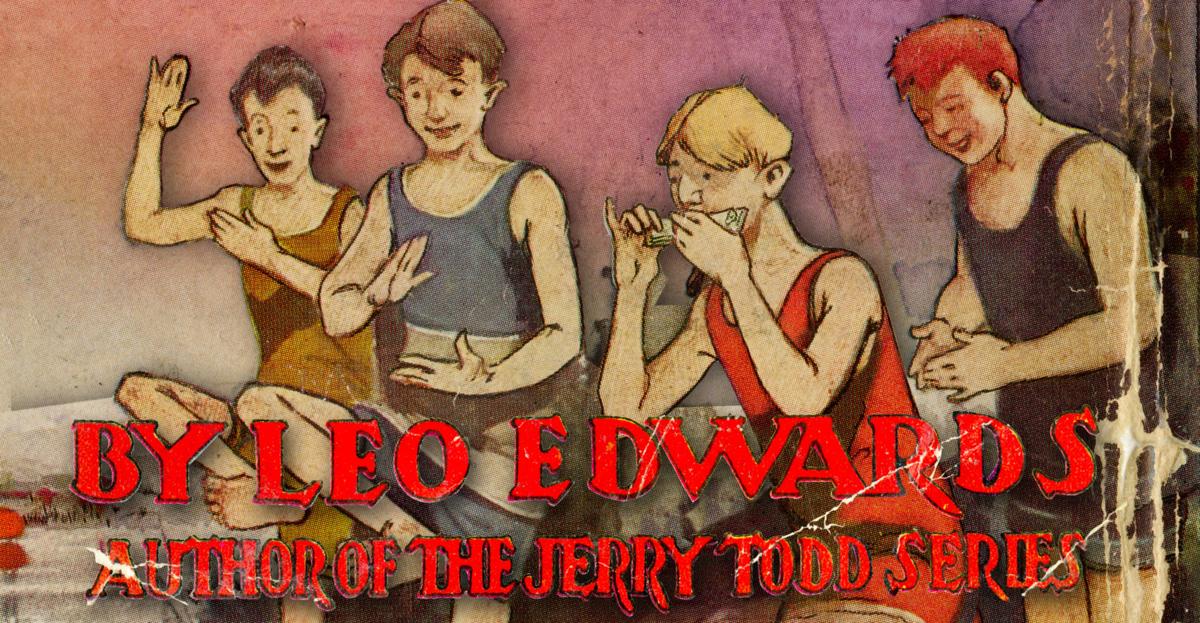 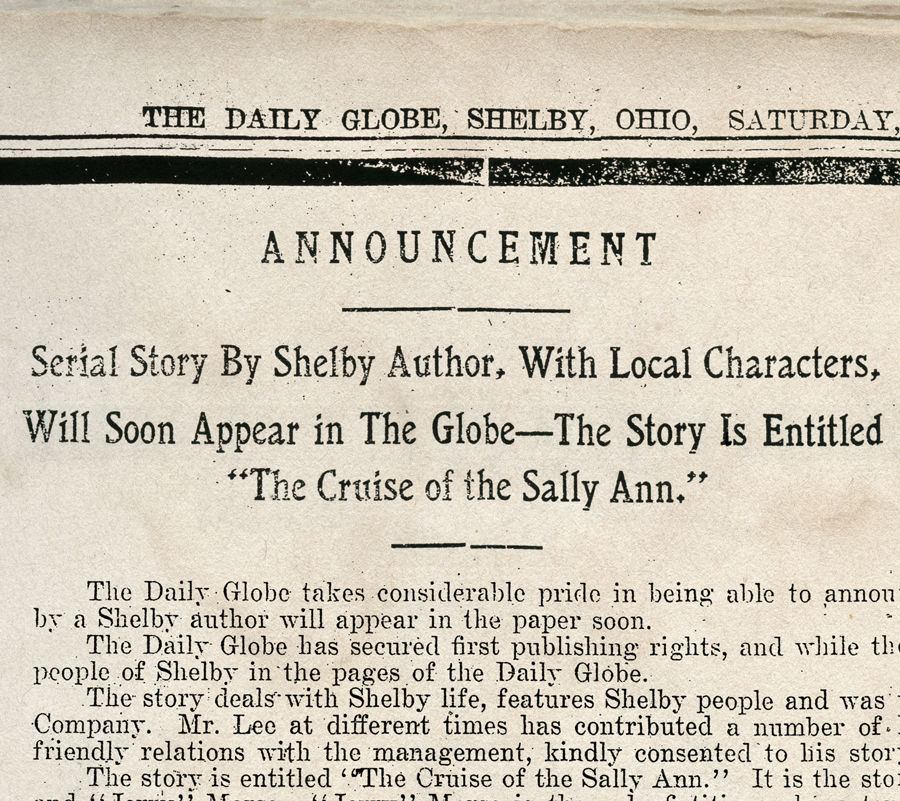 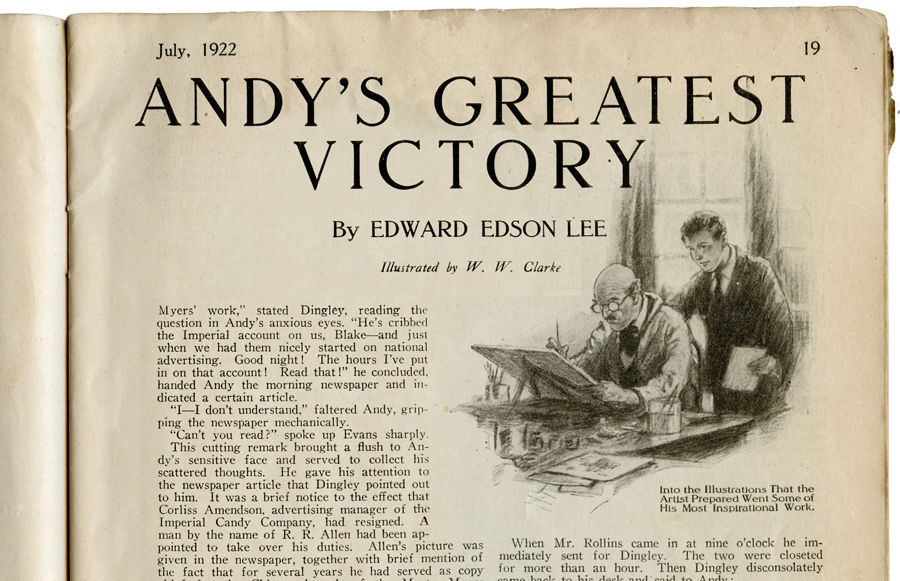 An early story by Edward Edson Lee before he was known as Leo Edwards: The American Boy magazine, July 1922. 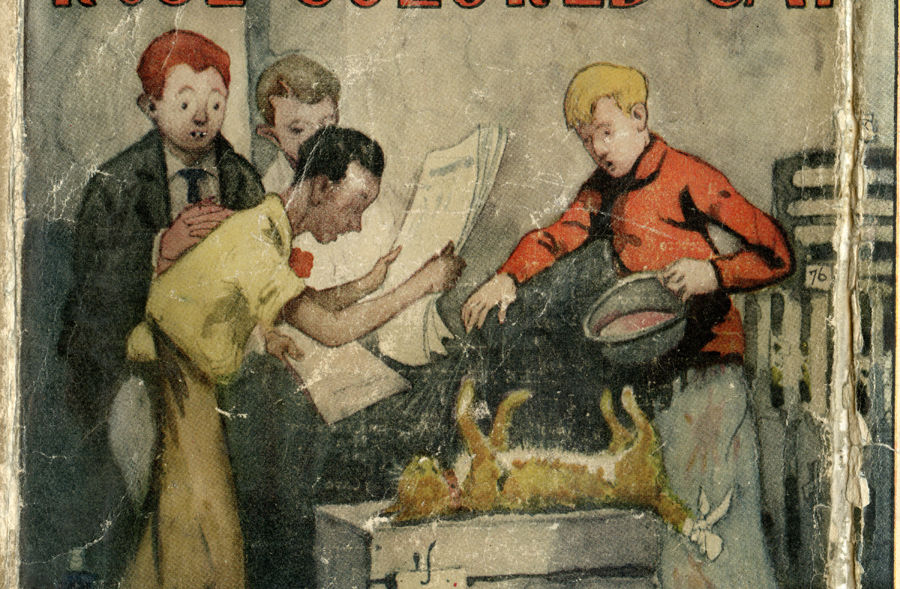 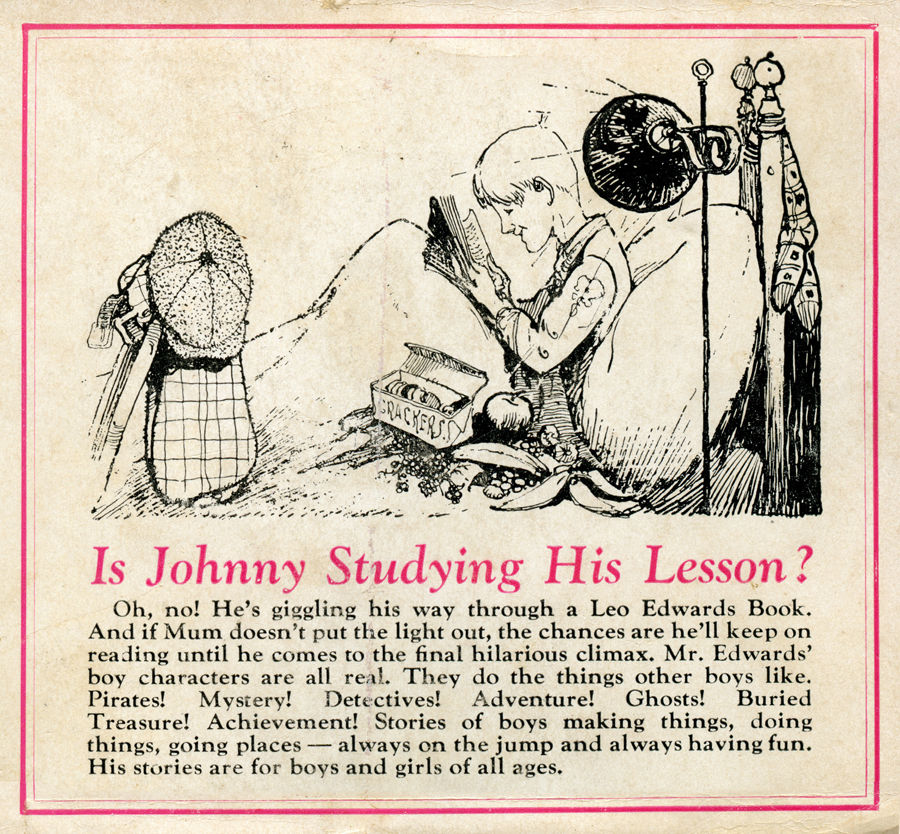 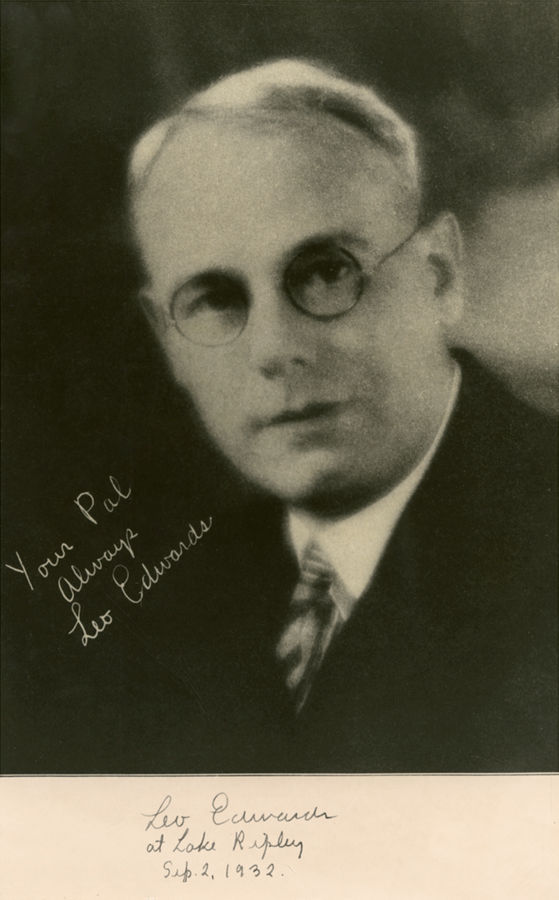 Two of Jerry Todd's friends in Shelby holding up traffic in 1923.

There were three boys in Shelby, Ohio who influenced an entire generation of American kids — and a President of the United States — simply by playing hard in the summertime and doing what 14-year old boys do best: making and dodging trouble.

They started out as a little club of boys seen on the streets of Shelby, but ended up as characters in a series of books popular in the 1920s & 30s read by hundreds of thousands of schoolkids across the country.

The stories were told by a fictional narrator named Jerry Todd. The adventures he recounted of himself and his friends comprised a collection of 27 novels published from 1924-40 called The Jerry Todd Books and The Poppy Ott Books.

Jerry Todd was brought to life through the pen of a man named Edward Edson Lee. When the man became an author however, the name on the cover of his books changed to the pseudonym Leo Edwards. It was as Leo Edwards that the kids of America knew the popular author.

He grew up in Illinois, and he spent most of his writing career in Wisconsin, but the most critical juncture of his life — the one that turned him in to an author — took place in Shelby.

Edward Lee had developed a career writing advertising. He moved to Shelby in 1917 to work at the Autocall Company, making ads to sell their fire alarm systems. In Shelby he got involved in founding the city’s Boy Scout Troops, and he made fast friends with a small gang of 8th grade boys who lived in his neighborhood.

It had always been Lee’s dream to write stories instead of advertising, so in 1919 he challenged himself to put to paper an adventure tale about his three young friends.

His first Shelby story was published serially in The Daily Globe, and that was all the success he needed to boost his confidence as a writer.

Over the next few years while living in Shelby he published a long list of stories in national boys’ magazines. Before his first Jerry Todd book was put on library shelves his readers were already familiar with the Shelby-inspired characters.

By the time his writing career ended with his death in 1944, Leo Edwards had written 39 books and established himself in the hearts of a whole generation of young readers.

The names of the three boys were familiar in Shelby at the time — in the early 20s — they were just some kids around town. But within a few years the names of those boys were known to thousands and thousands of avid young readers all over America because they were the kids whose adventures filled the pages of all the Jerry Todd books.

In Shelby they were known as Neuvelle Shaw, James Ellery, and Donald Myers.

Together this small cadre of pals, along with Jerry Todd and Poppy Ott, shared wild money-making schemes, wore badges of the Juvenile Jupiter Detective agency, and dipped into trouble of every sort that involved pirates, hidden caves and midnight ghosts.

Eventually the Ellery boy became well-known in Shelby as Doctor James A. Ellery (1906-1965) whose office was on North Gamble Street.

Even though the stories take place in a fictional town set in Illinois, the names and locations of the writings easily reveal the author’s time spent in Richland County. There is a Walker Lake, and the town newspaper that Jerry Todd reads is the Daily Globe.

Todd and Ott are both long-established family names in Mansfield; in fact when Edward Lee was engaged in Boy Scouting the local Scout Executive was Louis Ott.

Also found in the pages of Leo Edwards books are the names Demming and Winbigler: two prominent family names of Mansfield; and Leland and Windemire: two hotels that could be found in the Mansfield phone book of 1920.

Jerry Todd and his gang evolved during the era of American literature when the ‘series books’ arose.

Everything that was popular for kids in the 1920s to the 1940s came in series — not just books, like The Hardy Boys and The Bobsey Twins, but Saturday serial movies as well.

It was the age of pulp paper when thick pages gave thin plots more volume and significance.

Characters like Tom Swift and Pee Wee Harris filled whole shelves in the bookstores with a sequence of titles that were numbered on the spines to keep them in order.

Those were the decades when Jerry Todd and Poppy Ott were found alongside Zorro and the Lone Ranger on any kid’s bedstand.

Kids collected them and hunted the volumes they missed, and eagerly awaited the next title to be released.

The American playwright Tad Mosel (1922-2008) wrote, “They were 50 cents each, and sometimes (during the Great Depression) it took quite a while to accumulate the 50 cents, which led to terrible frustrations — to be behind one Jerry Todd was unbearable.”

It is almost impossible today to gauge how massively important and influential this literature was to the generations of kids who enjoyed them firsthand.

That generation is all but gone from our world now.

But there is one significant indicator of Jerry Todd’s prevalence in American culture that can be found in a document from 1965. It is the autobiography of Ronald Reagan.

He wrote that growing up in Illinois in the 1920s he “lived an existence much like Jerry Todd.”

It is a telling comment because he obviously assumed that everyone in his generation would know who Jerry Todd was, and what it meant to grow up like him.

In subsequent editions of the autobiography Reagan’s editors changed the reference from “Jerry Todd” to “Tom Sawyer and Huckleberry Finn,” because by 1980 when Reagan ran for President, a new generation had moved up to voting age, and society had forgotten Jerry Todd.

The Leo Edwards books inspired by Shelby boys are long, long out of print. The books passed from currency as soon as Edward Edson Lee passed from this life in 1944.

The language of Jerry Todd and his friends is very much of the 1920s and '30s, and sounds odd and sometimes incomprehensible by today's standards.

Many of the ways that Poppy Ott and his pals spoke of the people in their town who were not white, were expressions typical of 1920s and '30s Americana that lost political correctness long ago.

But even though some elements of language and culture are outdated, there are aspects of these stories that are just as vital and glowing as they were when kids first read them in the 1930s.

I decided I couldn’t write about them until I had read one, so I picked up a Jerry Todd in an antique store to get a sense of what it was like.

I ended up reading nine of them. I understand why kids loved them. They have a freshness, and exuberance, and authenticity of youth that is quite heartening.

In Jerry Todd’s world they are all perpetually in the 8th grade — that sweet age full of charming misperceptions and naivete, when life seems so earnest and is faced with such honesty and candor.

When they get excited about something they say, “Jinks!” or “Crickets!”

The worn books themselves have obviously been well loved: numerous names and dates scrawled in the front, little brothers crayon drawings on the end pages, miscellaneous caramel thumbprints on the dog-eared corners.

Reading Jerry Todd books is like a trip back — back to the 1920s of course, but also back to enthusiastic adolescence, back to small town America, and back to the hot and carefree days of summer.

Thanks for your help!

This article owes much to the kindness and scholarship of local historian Tom Clabaugh at the Shelby Museum of History.