The gentleman visited the Ashland County Historical Society in September, 2014 with a scrapbook/photo album depicting Wizbowski’s life and military career. He found it in the attic of a home he purchased in Ashland County and donated it. 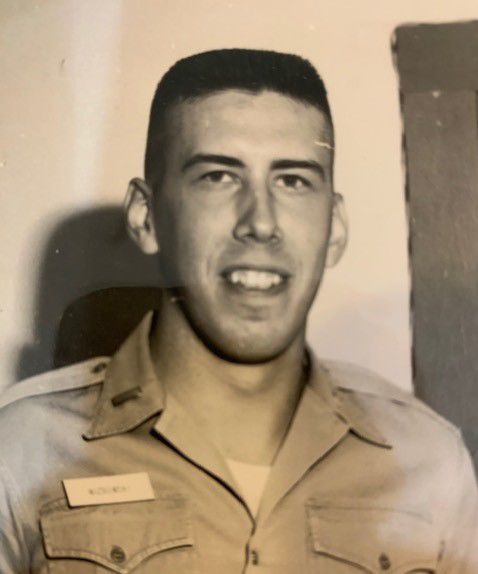 Army Lt. Walter Wizbowski was raised in the Polk, Ohio area and died while in service in Vietnam with the CIA 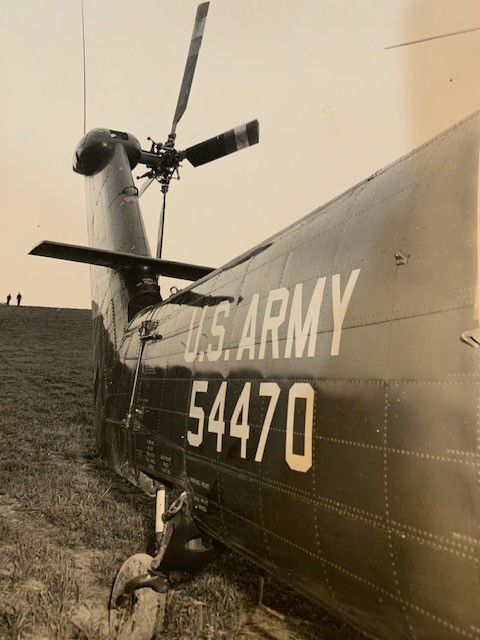 Lt. Wizbowski joined the Army in 1959 and was trained as a helicopter pilot 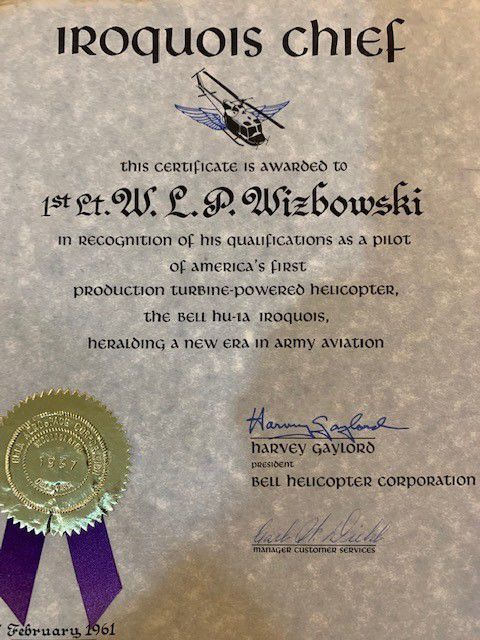 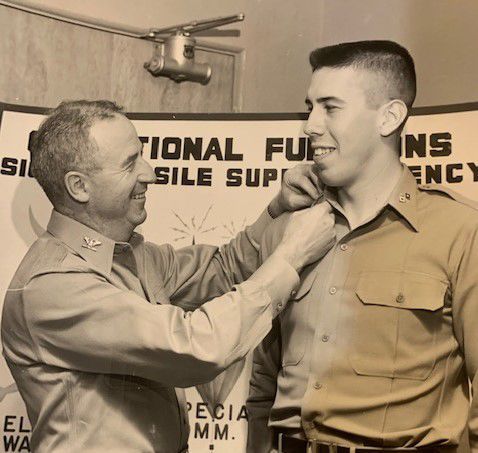 Lt. Wizbowski received his Silver Bar promotion in June, 1959 while serving in the U. S. Army Reserves.

Army Lt. Walter Wizbowski was raised in the Polk, Ohio area and died while in service in Vietnam with the CIA

Lt. Wizbowski joined the Army in 1959 and was trained as a helicopter pilot

Lt. Wizbowski received his Silver Bar promotion in June, 1959 while serving in the U. S. Army Reserves.

With the help of local veterans and others interested in military history, Walter’s story came into focus and after further investigation, it was determined he was one of Ashland County’s fallen heroes.

Walter Wizbowski was born in Cleveland on June 21, 1935. He later moved to the Polk area with his parents, Walter and Agnes Wizbowski. Walter graduated from Northwestern High School in 1953 and from the Ohio State University with a Bachelor of Science degree in Physics in 1957.

He was a member of Alpha Kappa Lauda fraternity in college and was also in the ROTC.

Walter was a member of the fencing team for Ohio State and was identified in 1956 as an upcoming epee twirler. An epee is the heaviest and largest of the three weapons used in fencing.

In November, 1957, Wizbowski joined the U. S. Army Reserves. He served as a 2nd Lt. in the Signal Missile Support Agency located at White Sands Missile Range in New Mexico. He received a commendation for outstanding service while stationed there.

Walter also took an interest in baseball activities on the Army base and coached little league baseball as a way to pass the time and teach youngsters how to play.

Walter enjoyed social events such as dances, the ballet and cocktail parties. He traveled to Georgia and Louisiana, often visiting places of interest. Walter also had an interest in Billy the Kid and bull riding.

In November, 1959, Lt. Wizbowski was discharged from the Reserves and joined the U.S. Army, where he was trained as a helicopter pilot. He was assigned to the 101st Airborne Division in 1960. An Iroquois Chief Certificate was awarded to Lt. Wizbowski on Feb. 7, 1961 for his qualification as a pilot of the United States’ first production turbine-powered helicopter, the Bell hu-1a Iroquois.

Walter served in the army for two years and was honorably discharged at the rank of First Lieutenant on March 23, 1961.

Walter then joined the CIA and entered the Vietnam War. He worked as a civilian helicopter pilot, often carrying medical supplies in Vietnam.

On May 30, 1961, while on a mission, Lt. Wizbowski, was killed in a helicopter crash in Ban Pa Dong, Laos, along with his co-pilot, Charles H. Master, of Charlotte, N.C.

It wasn’t until 2015 when Lt. Wizbowski was added to Ashland County’s Fallen Heroes Memorial at the Ashland Cemetery. He was initially overlooked because he wasn’t actively serving in the military at the time of his death. He was added when it was determined he had recently been discharged from the Army and died shortly thereafter while in service with the CIA.

There are currently efforts to recognize Wizbowski at the national level as well as others like him who served during the Vietnam War.

Lt. Wizbowski is buried in Calvary Cemetery in Lorain, Ohio.