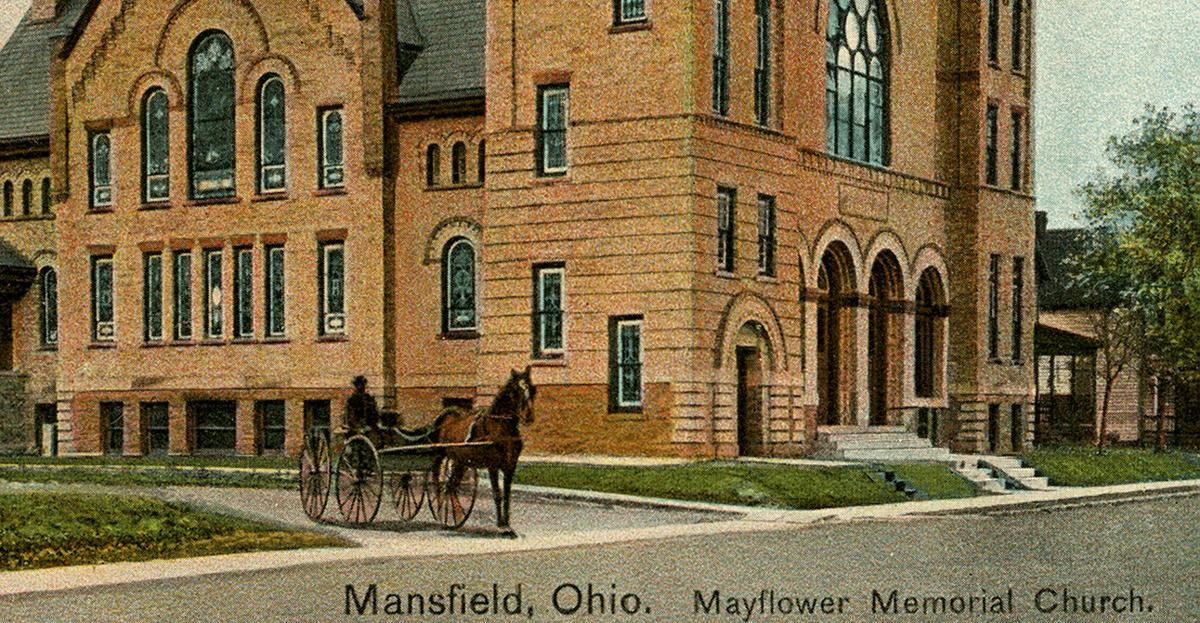 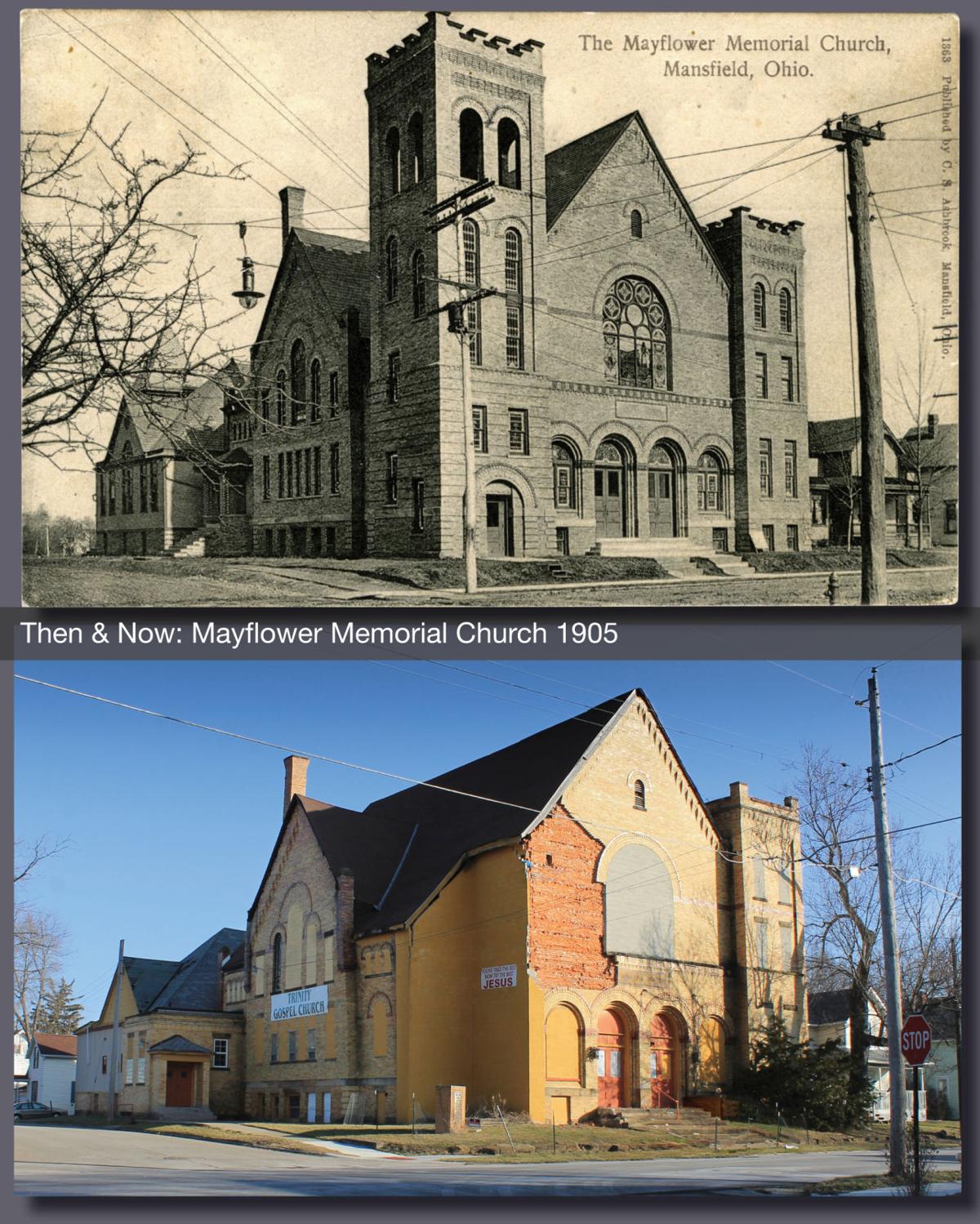 At the turn of the last century Miss Susan Sturges felt very strongly that everyone in town needed the benefits of belonging to a Congregational Church.

So, if folks in the north end of town weren’t going to travel down to Park Avenue West to attend First Congregational, then she would build a second Congregational up there.

Designed by prominent Mansfield architect F.B. Hursh, it was completed and dedicated in 1905 at the corner of Buckingham and Lida Streets. To honor her ancestors, Miss Sturges wished to have the place named Mayflower Memorial.

Late in the 20th century the Congregational congregation moved to North McElroy Road, where they continue their services today. The old building has stood for a number of different denominations since then.

The corner tower has been gone for a couple decades, and the façade has suffered a few of the indignities that come with old age, but inside the indwelling spirit remains strong and vital.