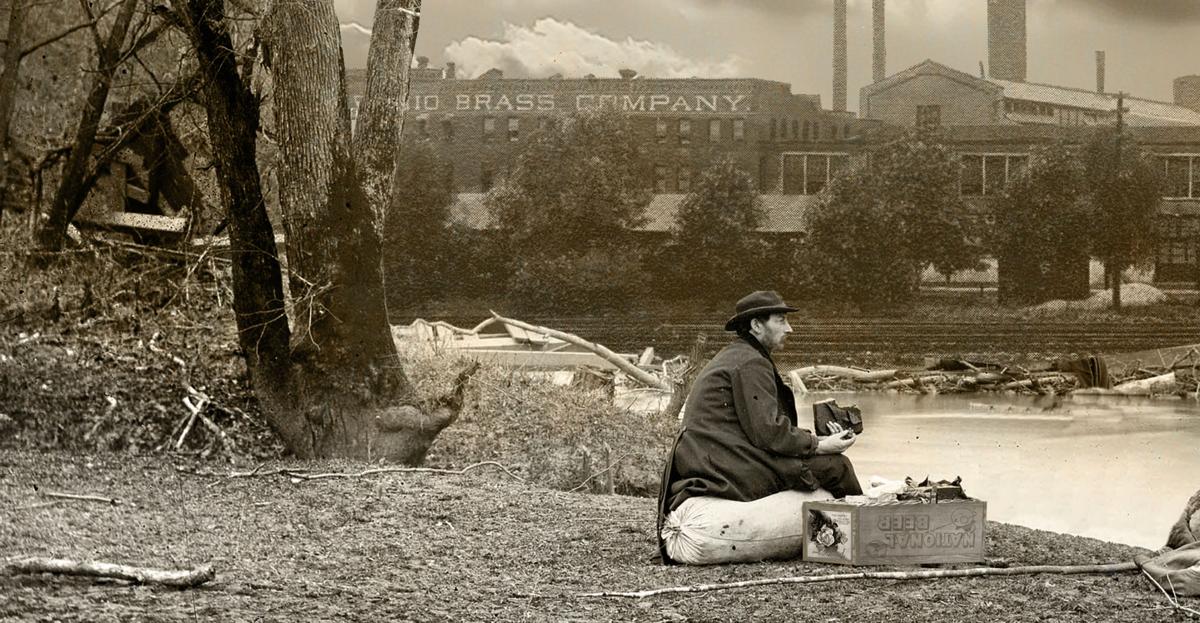 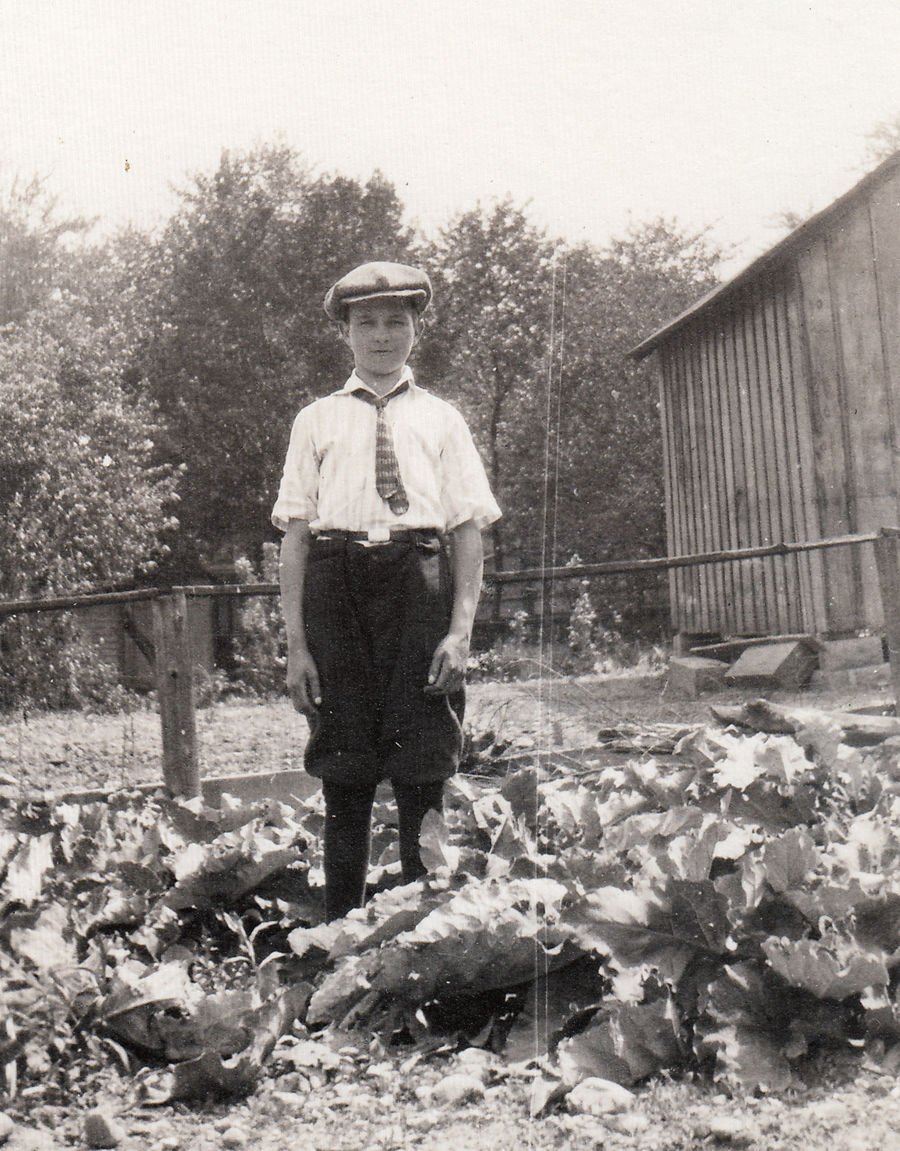 When I met Bus in the 1980s, he was a highly successful casino manager in Las Vegas, home in Mansfield to visit his sister; but when he met his hobo mentor in the 1920s, he was a kid who lived on Coul Street.  (He pronounced it like 'owl') 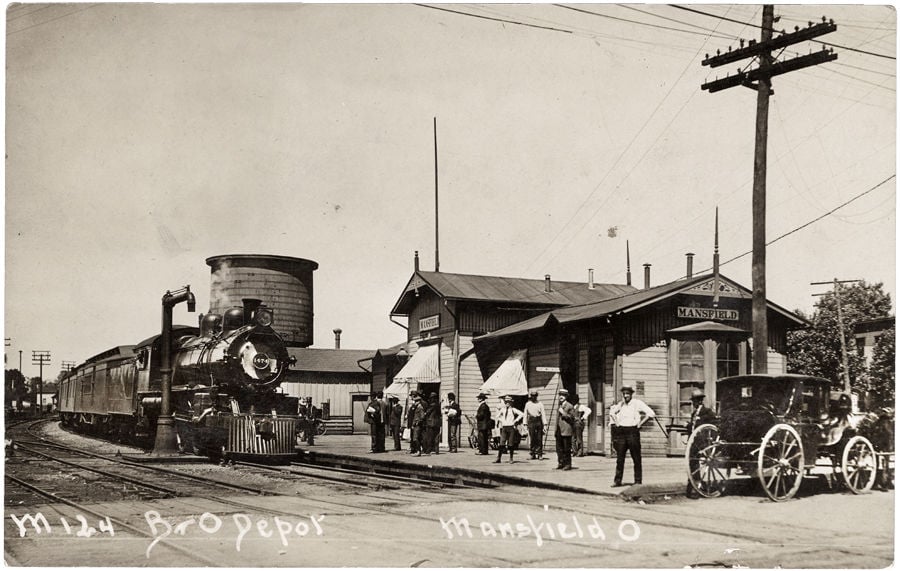 The B&O station on Springmill Street was a busy place in the 1920s when Bus lived nearby.  Built in the 1870s, this passenger depot saw as many as eleven passenger trains a day through the 1920s, including an all-Pullman run that connected to Chicago. 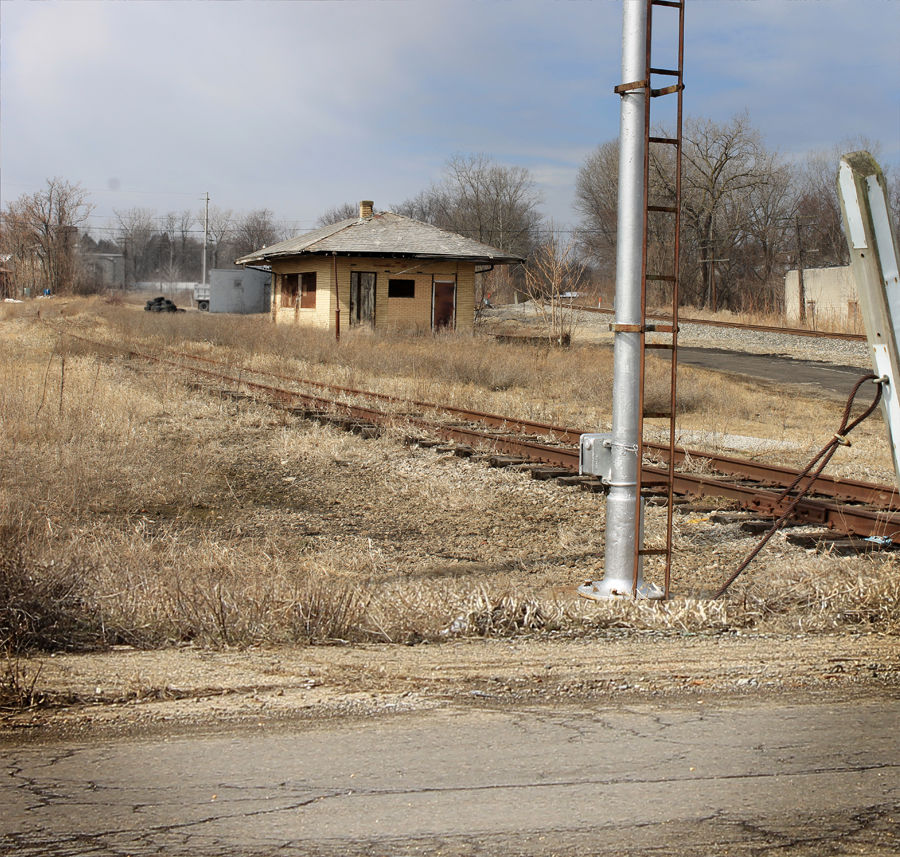 The old B&O depot was replaced in 1940 by a more modest structure that stands abandoned today. 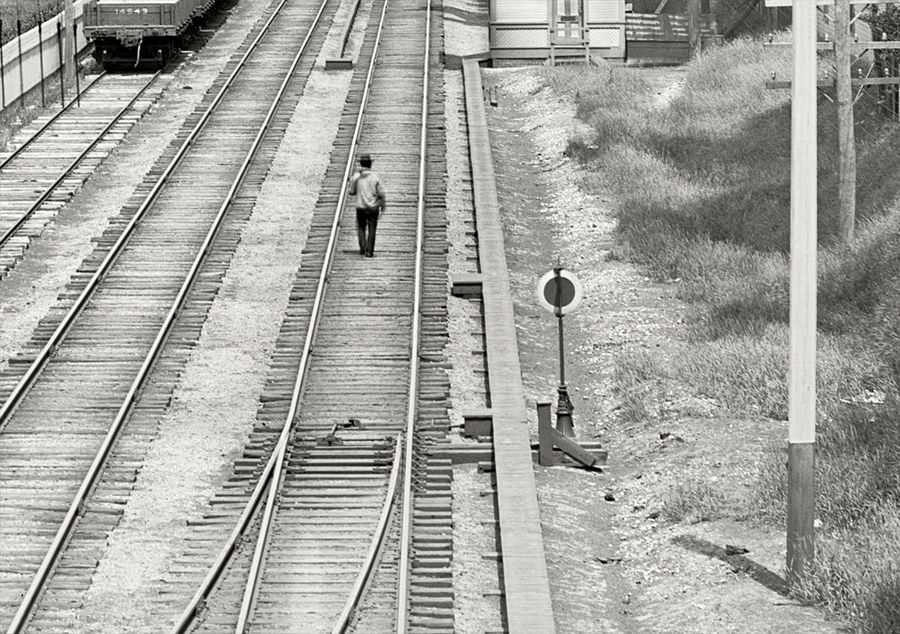 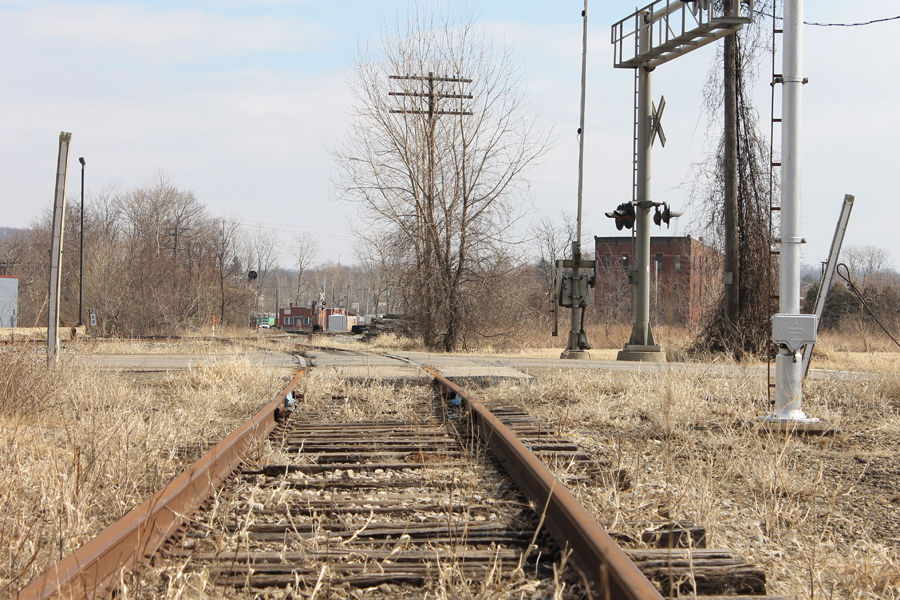 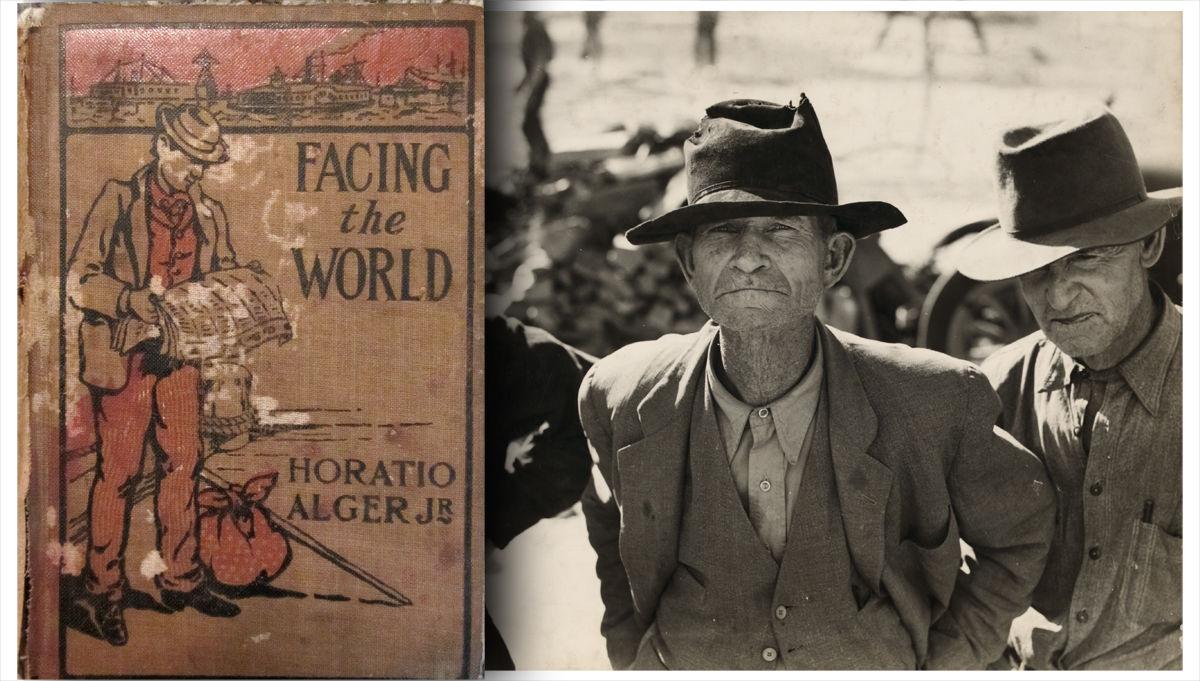 In the 1920s, there were plenty of charming fictional depictions of hobos that could inspire a boy to dream of the tramp life, but the harsh realities of life on the road seldom found their way to children's literature.

Bus is short for Buster.  I can’t remember what his real name was.

When Bus told me this story he was an old man, but when the story was happening he was just a kid growing up in on Coul Street in Mansfield, which is not far at all from the tracks.

He was a happy enough kid growing up in the 1920s, but he was smart too, and at some point he figured out that his family didn’t have much to eat, and there were better ways to live farther up town. And with that much discontentment in his bones he decided he might just take off for somewhere where the clothes weren’t second hand and his appearance wasn’t an object of mirth for his classmates.

As an adult, Bus told me he was dumbfounded as to why, as a kid, he would have thought hobos knew where there was a better life—because their clothes looked worse than his.  But he determined to make a getaway with them, because they knew where everyplace in the world was.

A Small Jungle in the North End

Bus had seen a hobo one time sleeping in a little stand of trees beside Toby’s Run near Sixth Street, and he diligently monitored the hideout every day hoping he could see him again when they could talk.

He found the tramp asleep one day, and so he sat down by his side and waited patiently until the snoozer woke up. The guy was astonished to find Bus there, so eager to make his acquaintance, and submitted with confounded grace to the kid’s grilling about the life of a hobo.

The bum was touched that this little boy didn’t seem to find him offensive or scary, and Bus told me that—just the opposite—it was the scuffed up coat and broken hat that gave the stranger such an air of freedom, because his mother always insisted that the children look perfect.

“When he understood that I wanted to run away his eyes got huge as a shied horse, and he told me in no uncertain terms that I wasn’t going anywhere with him, not even across the street.”

So Bus started bribing him.  A couple days later he left two apples for the hobo under a box at the man’s hideout, and thereafter he left offerings of bread, a piece of cheese and whatever he could swipe from his mother’s pantry, or smuggle away from the table at dinnertime.

The bribes disappeared but Bus never saw the hobo again.  And one day, a week later when he took a small pepperoni to the hiding place, he lifted the box and there was a book there.

“I knew it was for me, and I knew it was from my friend ‘cause it had a hobo on the cover holding a stick and bundle like he was running away.  I was sure it was a how-to manual of how to run away.”

When I met Bus in the 1980s he still had the book, and I have it today.  It’s a Horatio Alger rags-to-riches story about a poor kid beset by troubles who runs away from his mean uncle and goes to sea and is shipwrecked. It has nothing at all to do with trains or tramps. It just happens to have a hobo on the cover.

Bus told me he read it a thousand times.

When I asked him if he could show me where the hobo’s hideout was, he didn’t hesitate. When we were actually standing there though, on Springmill Street, it took him quite a while to get over the shock,  “There was a hotel over there and there used to be a big saloon right here.”  His eyes searched the landscape but I could see his mind scrambling to find something familiar to hang reality on.

The B&O station that he knew in the 1920s was torn down in the 40s, and replaced by a more modest structure that is, today, long abandoned and rotting at the corners. “This was one of the busiest places in town back then,” he said quietly, “and I can see the cars and trains and people with baggage going somewhere.”

“I just wanted to be one of those people who went somewhere,” said Bus.

He never got rich in his life, but he certainly made a good life for himself and his family in a city out west about 2,071 miles from Coul Street.

I asked Bus what the hobo’s name was and he said he wasn’t sure if he had even asked his name.

“I couldn’t have spent more than an hour with that man about 60 years ago, and yet I can remember exactly what he looked like, how he talked, what he smelled like and how his collar didn’t fit his neck.

“He was probably sleeping off a hangover, but he was so kind to me, and I could tell he really heard what I was saying.  He wanted to talk me into staying at home and not run away, and he told me that a tramp’s life was not as fun as it looks.

“He recited a line to me from Shakespeare or the Bible or somewhere that goes,

‘Who is truly free is free in his heart.’

“I don’t remember hardly anything I learned in school, but I’ll never forget what that old tramp taught me.”