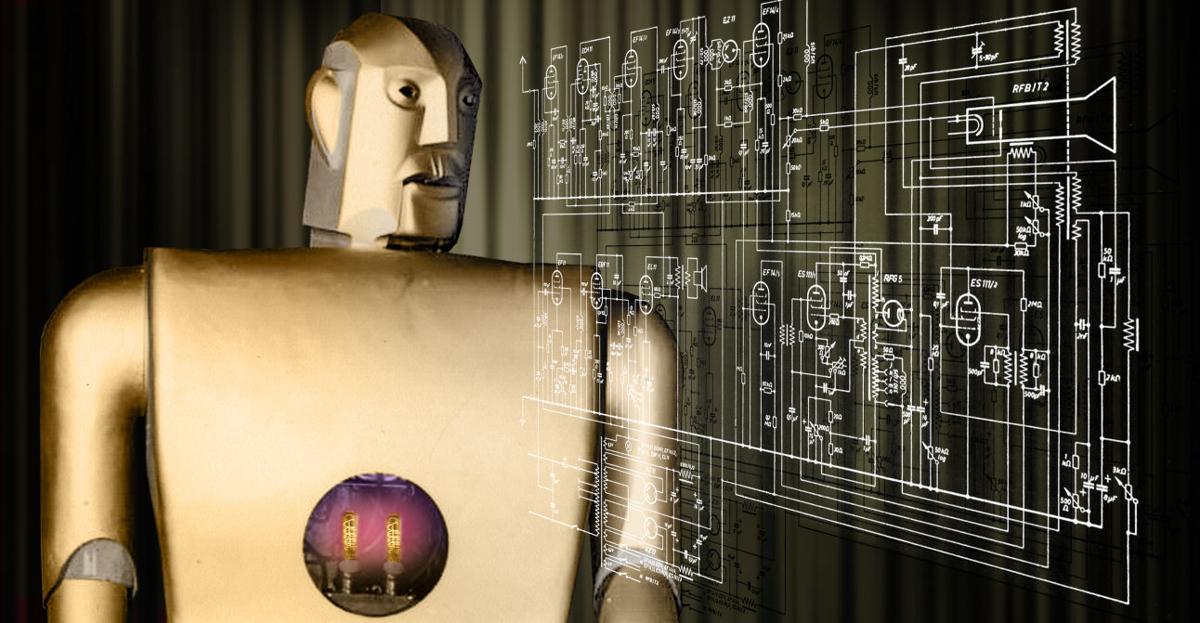 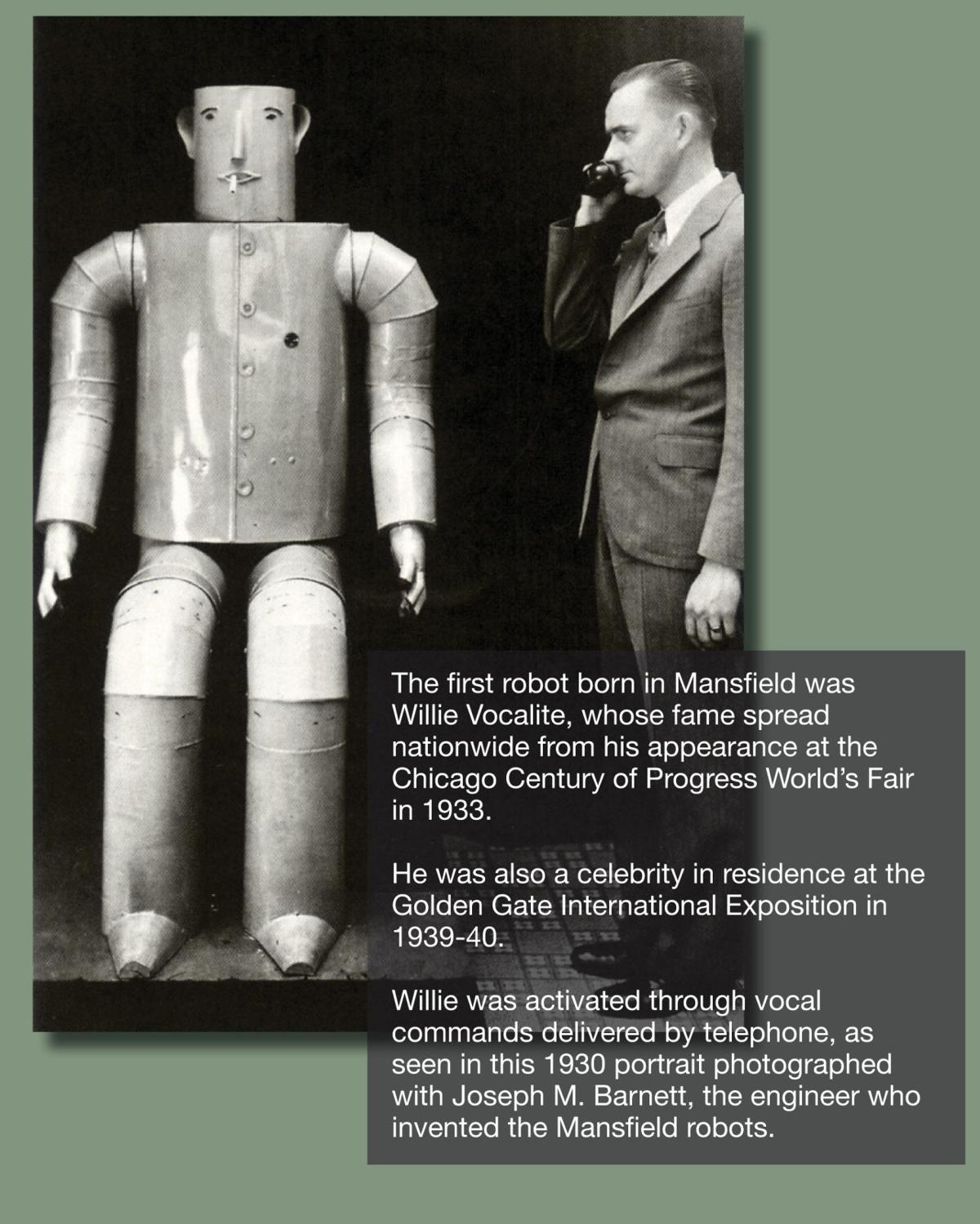 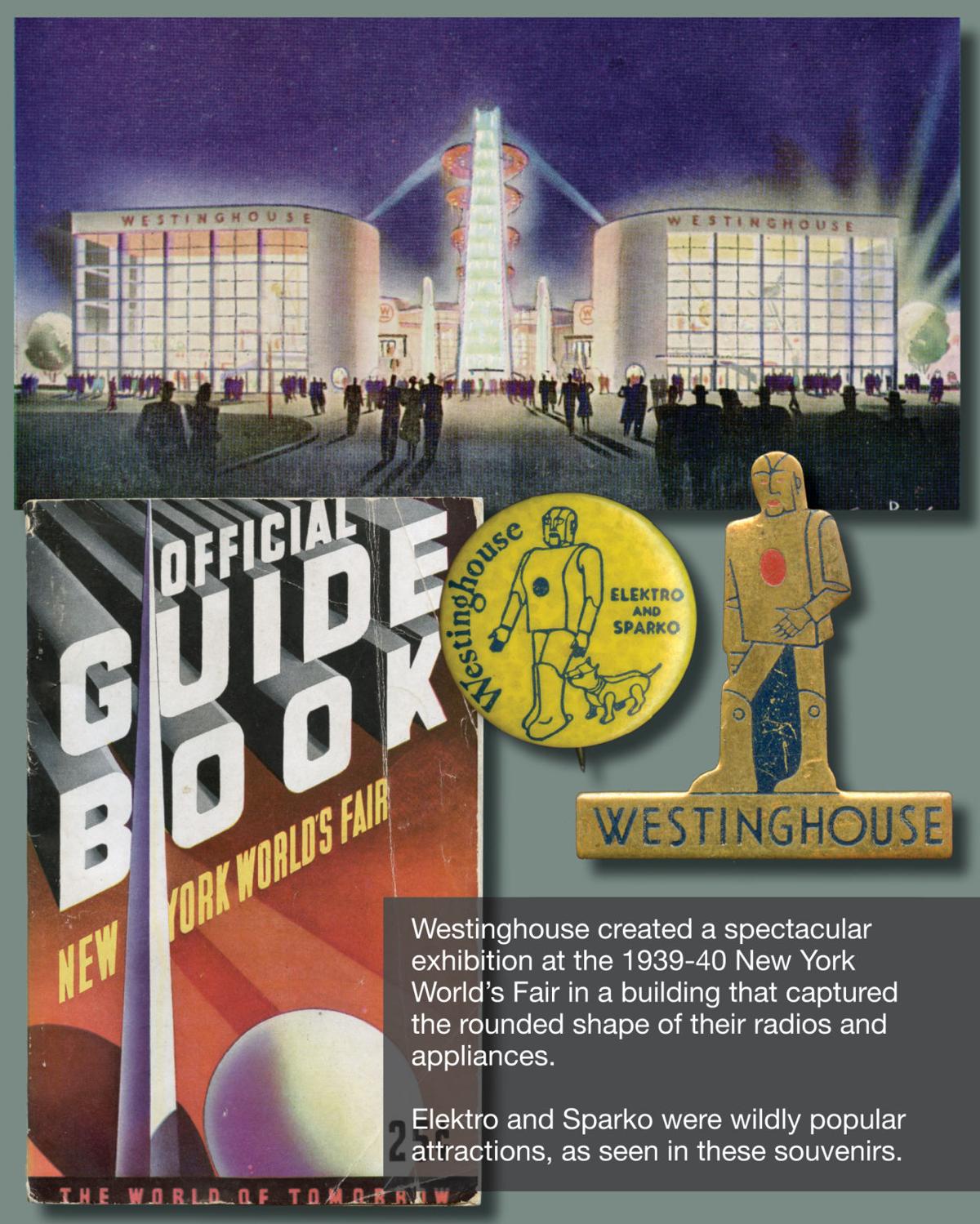 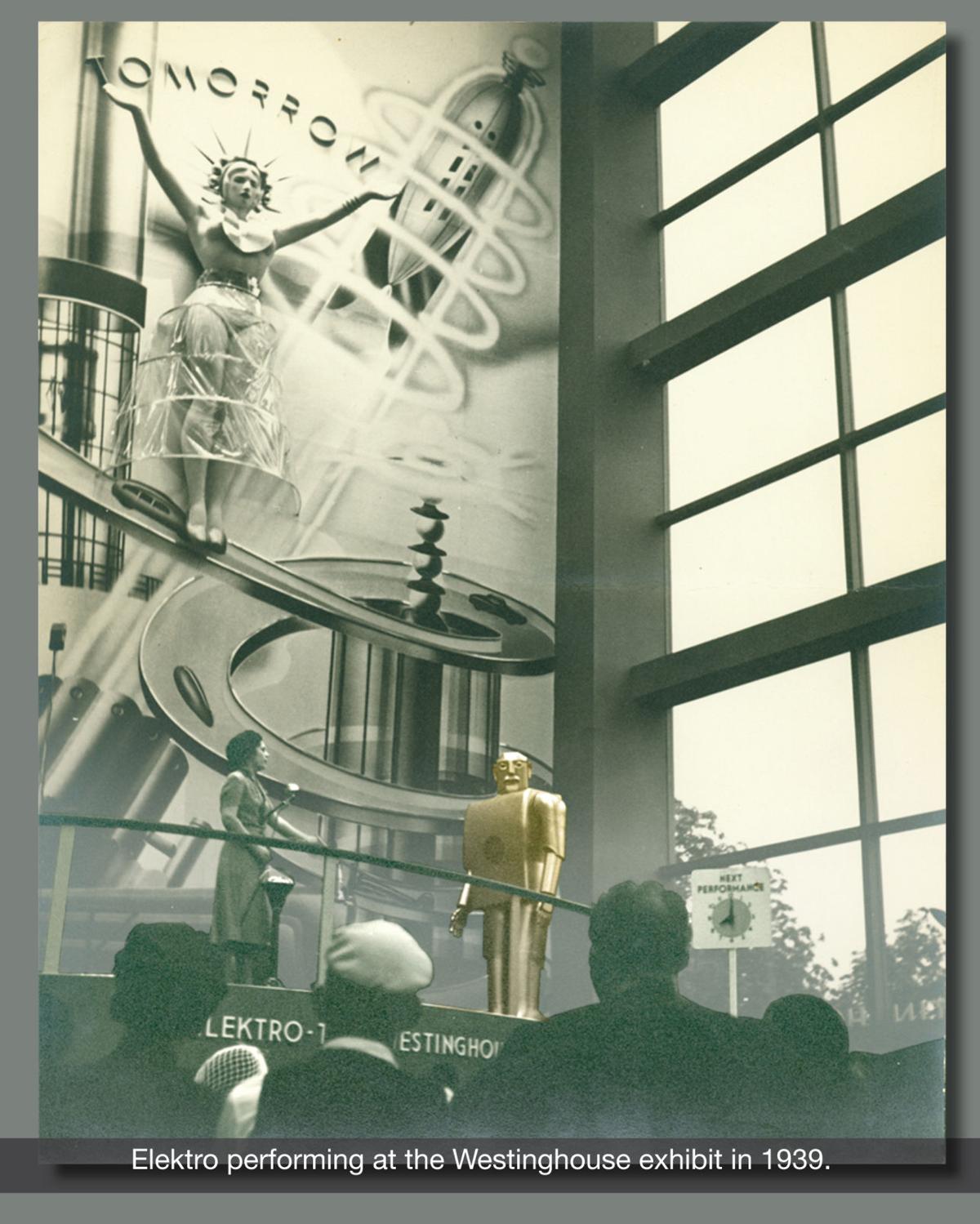 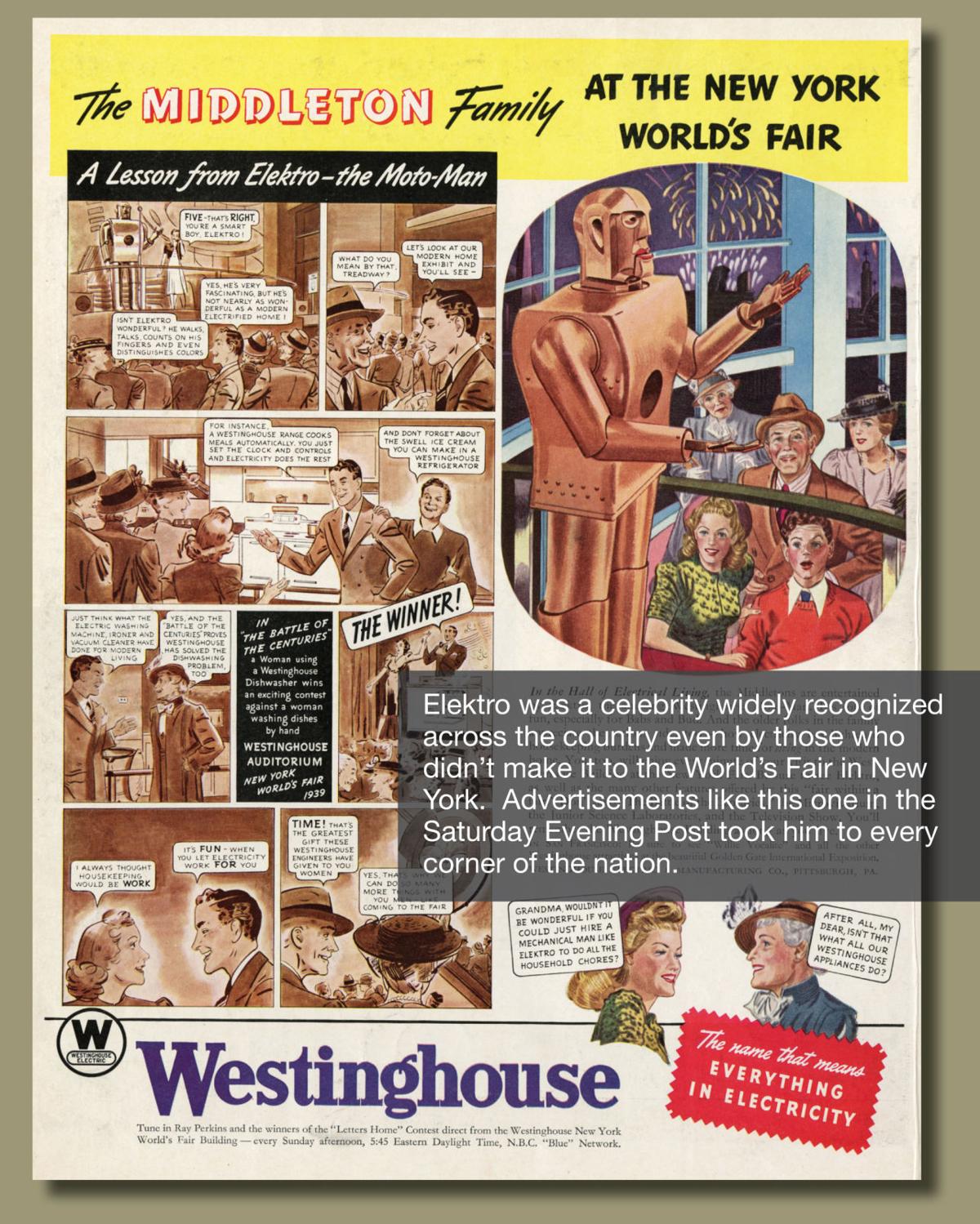 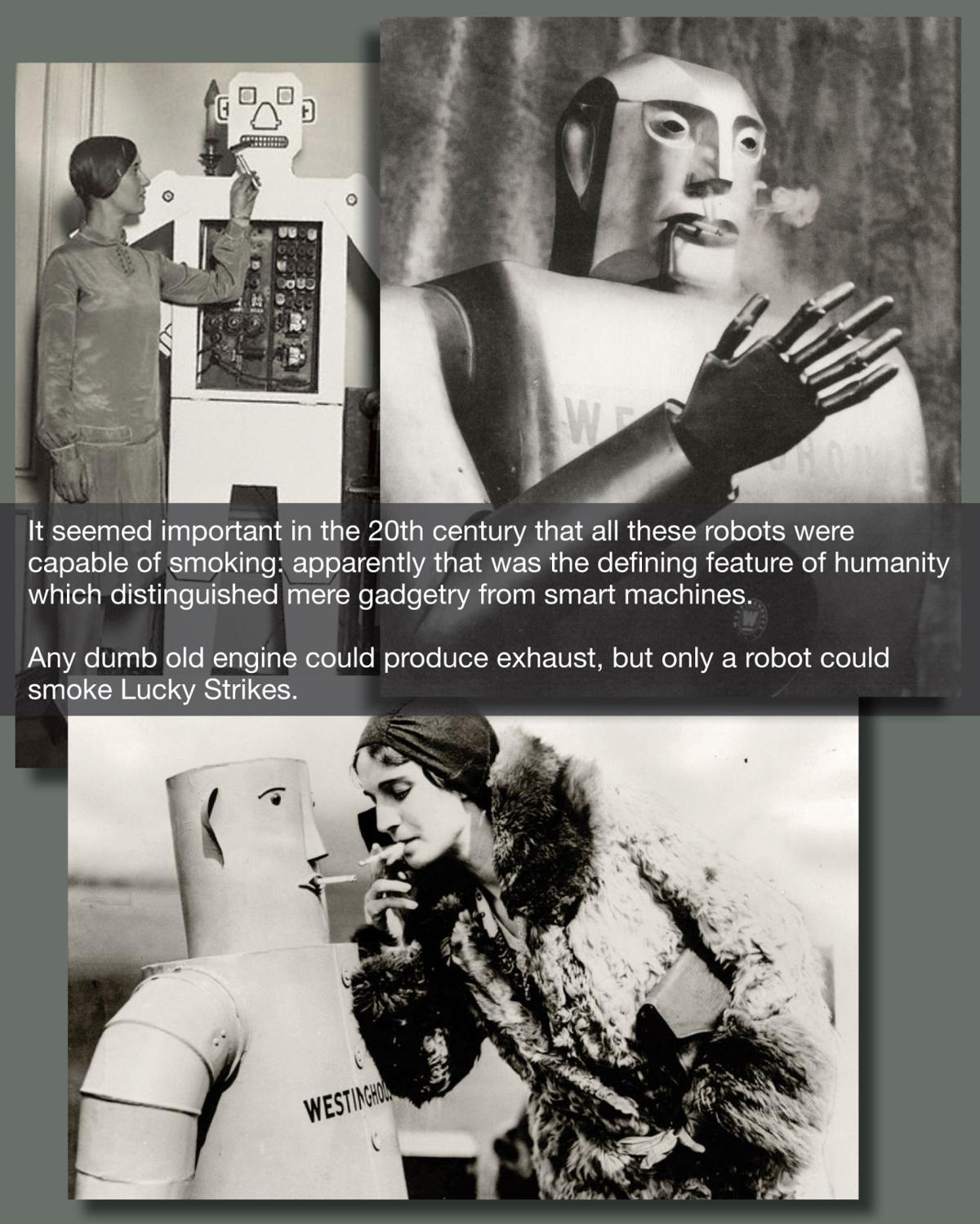 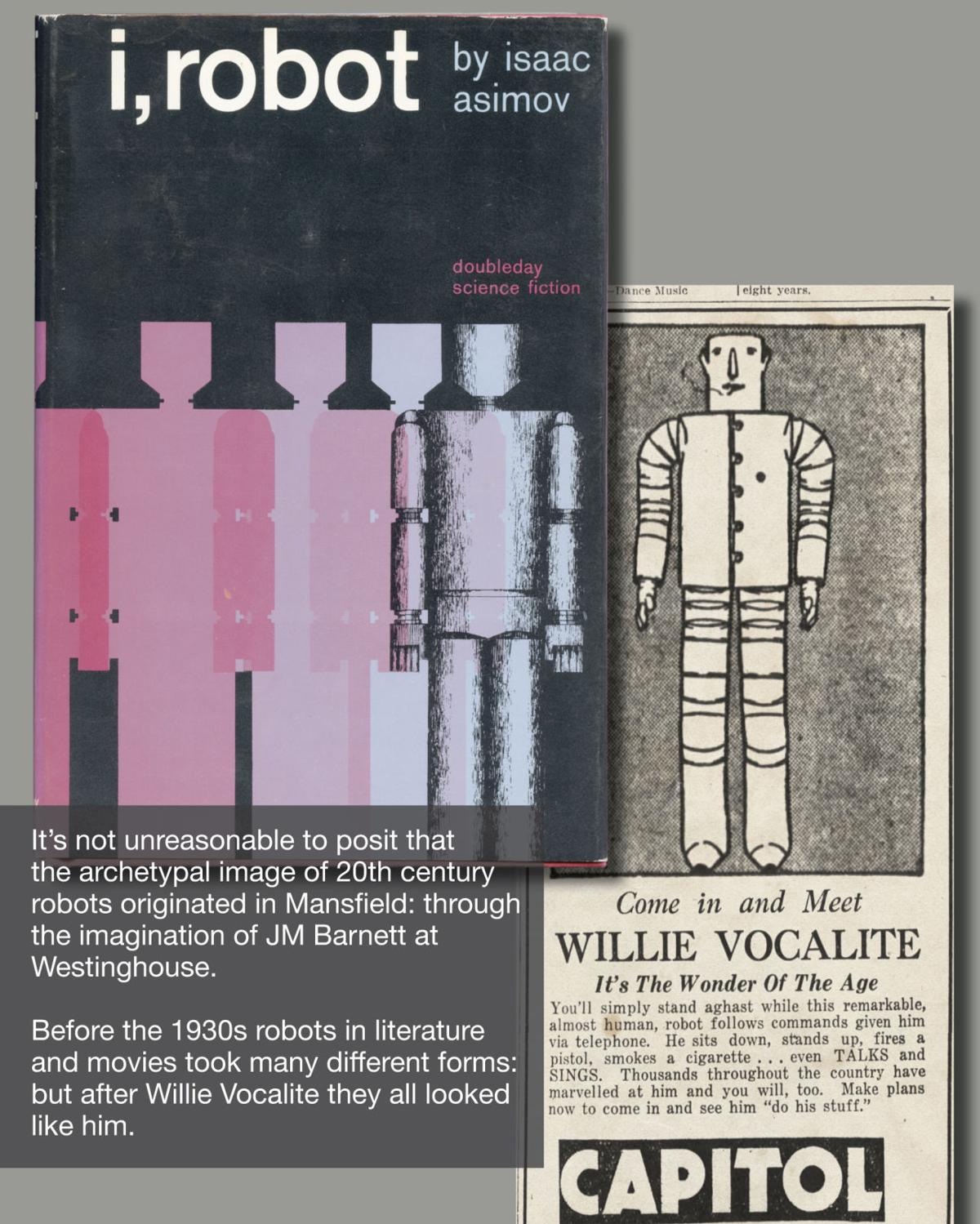 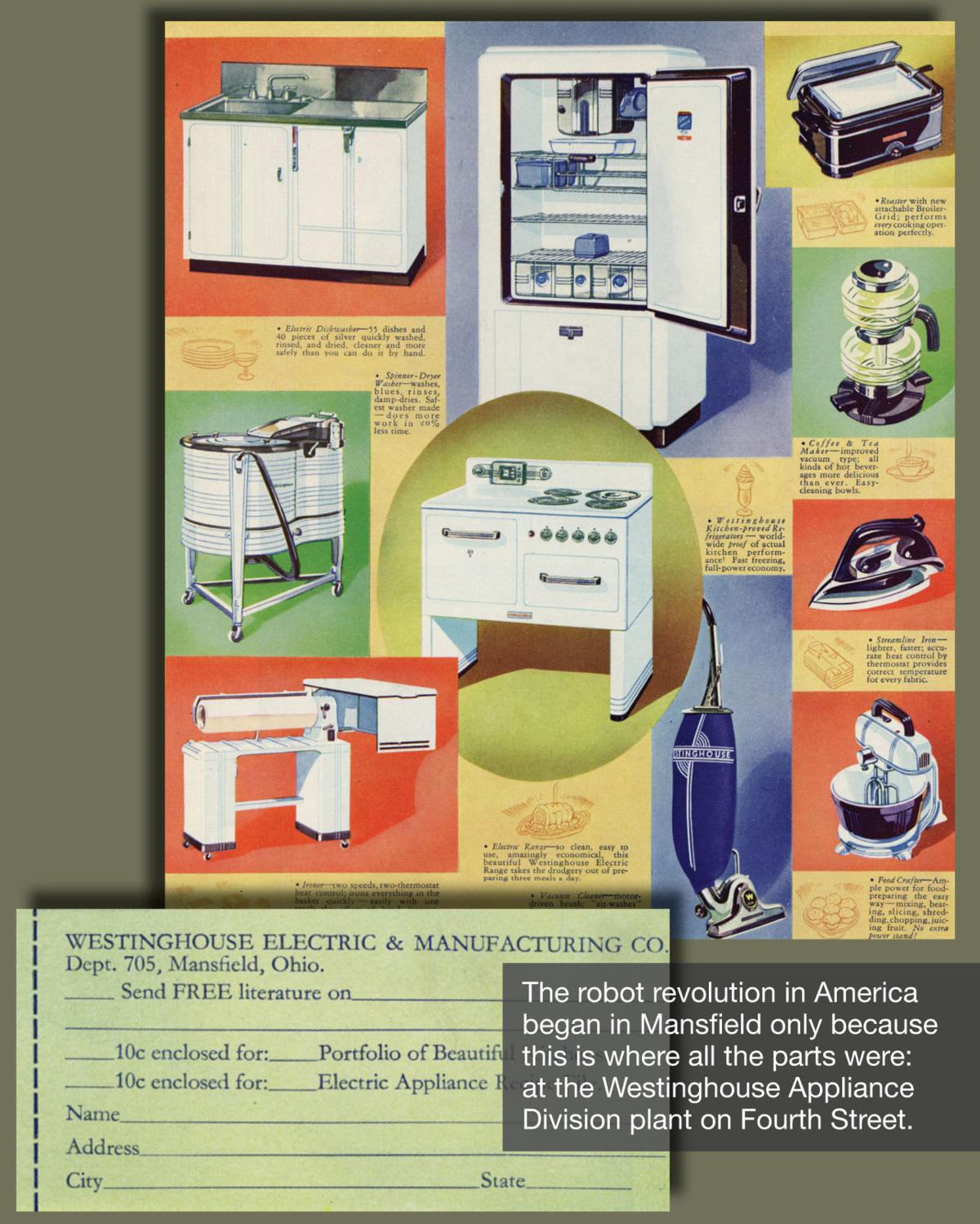 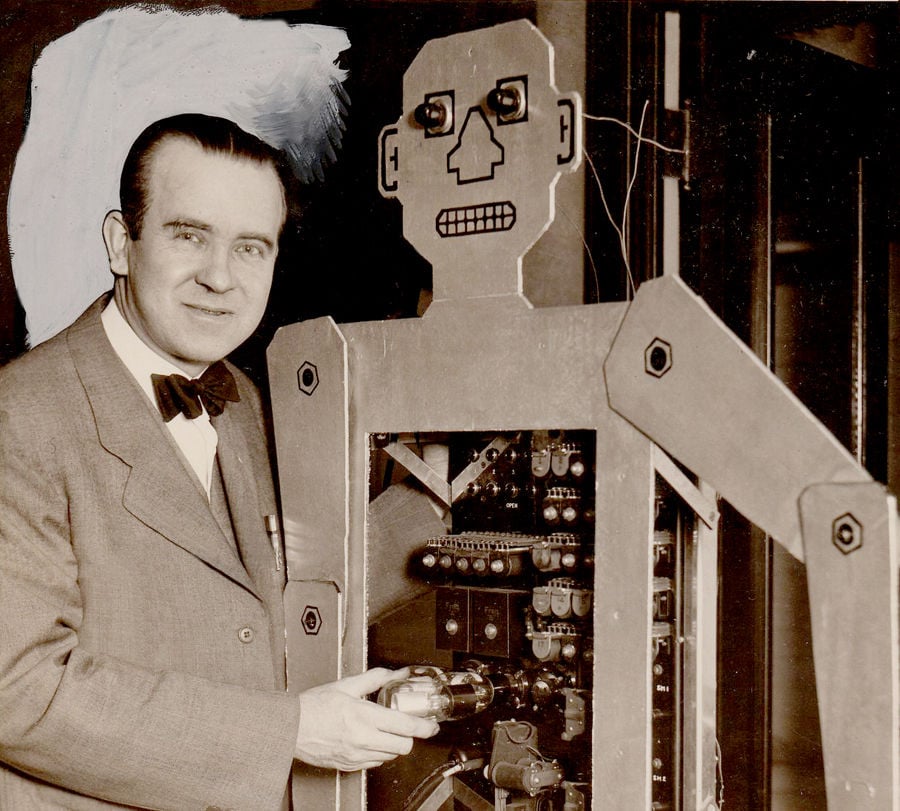 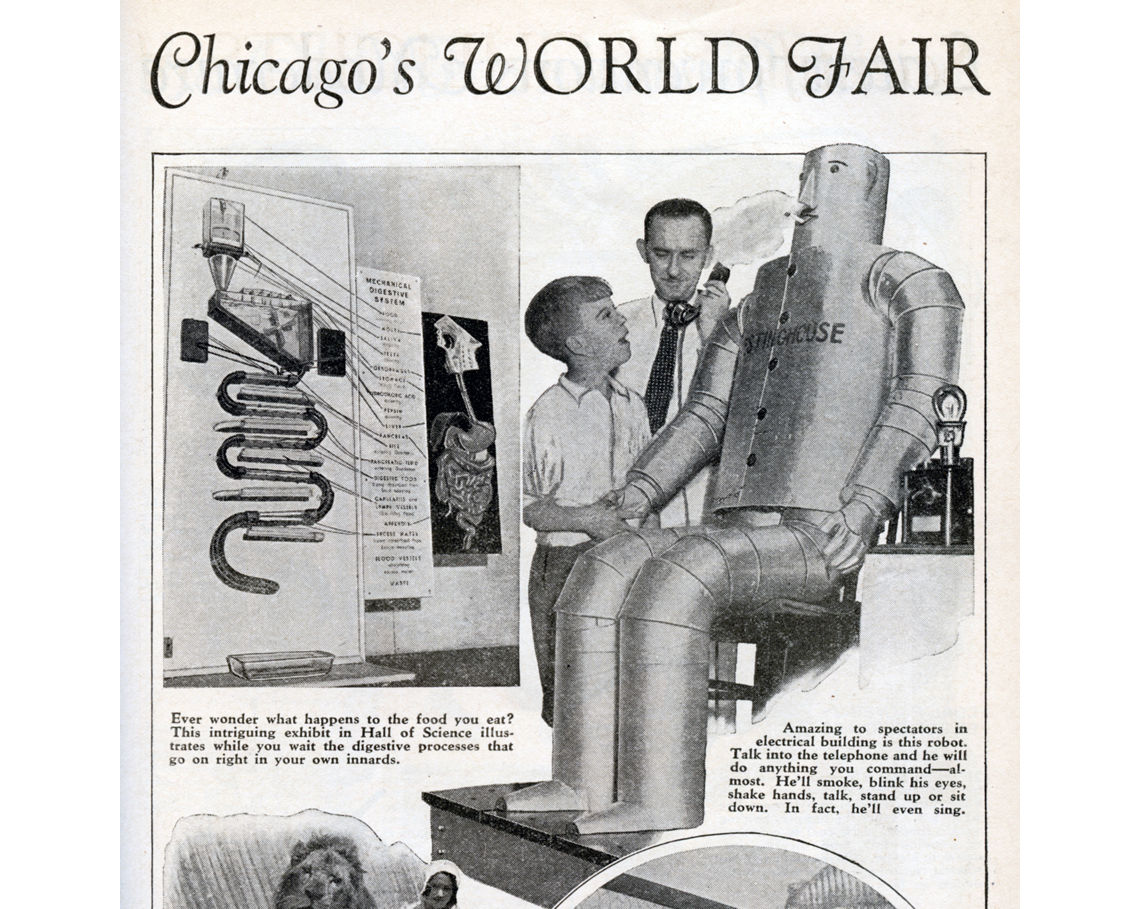 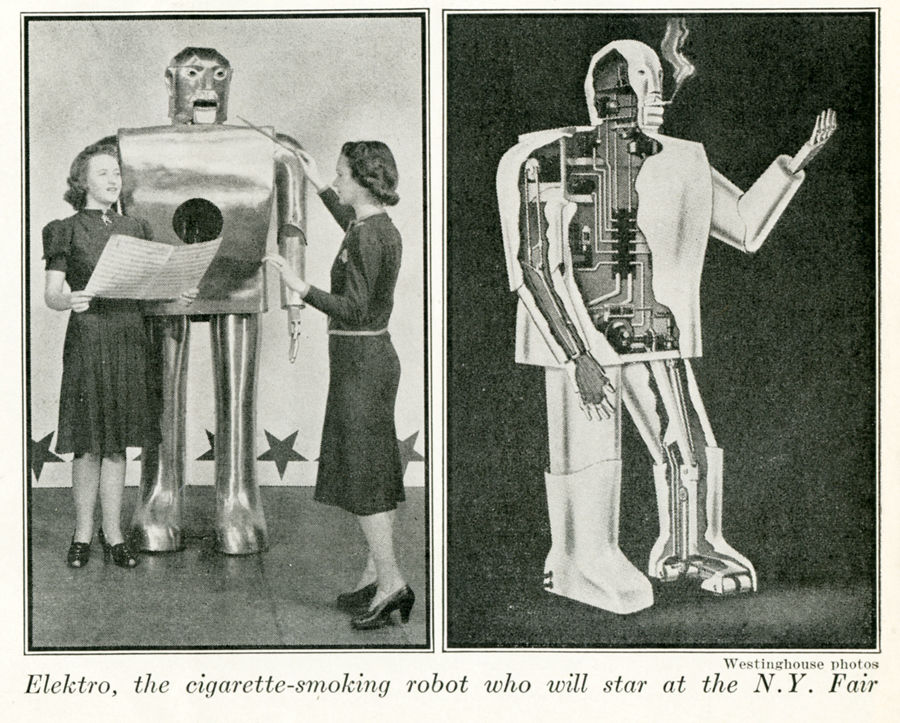 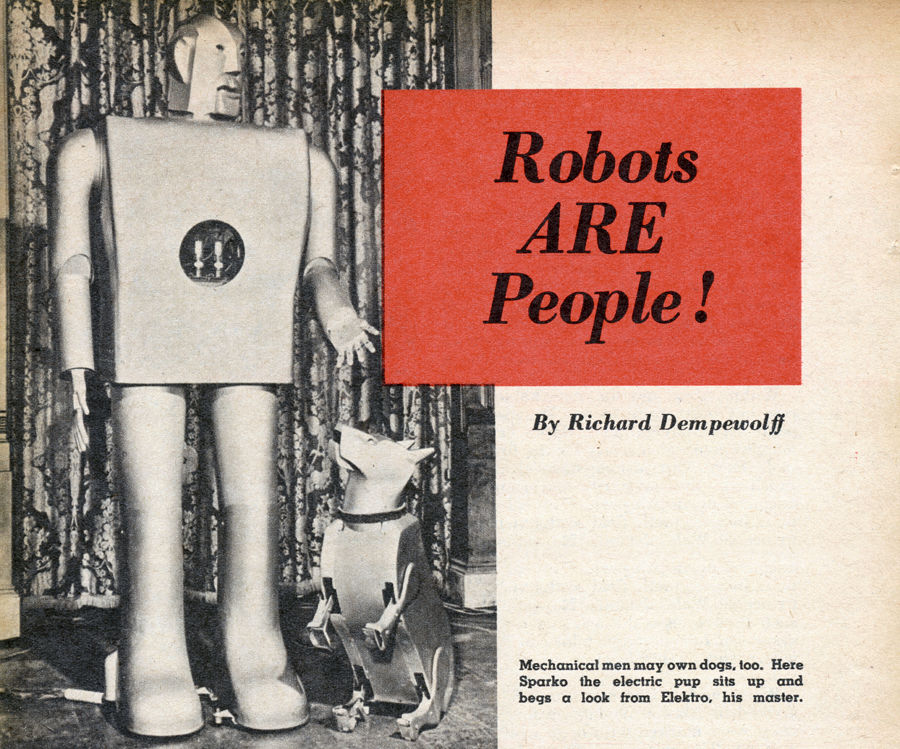 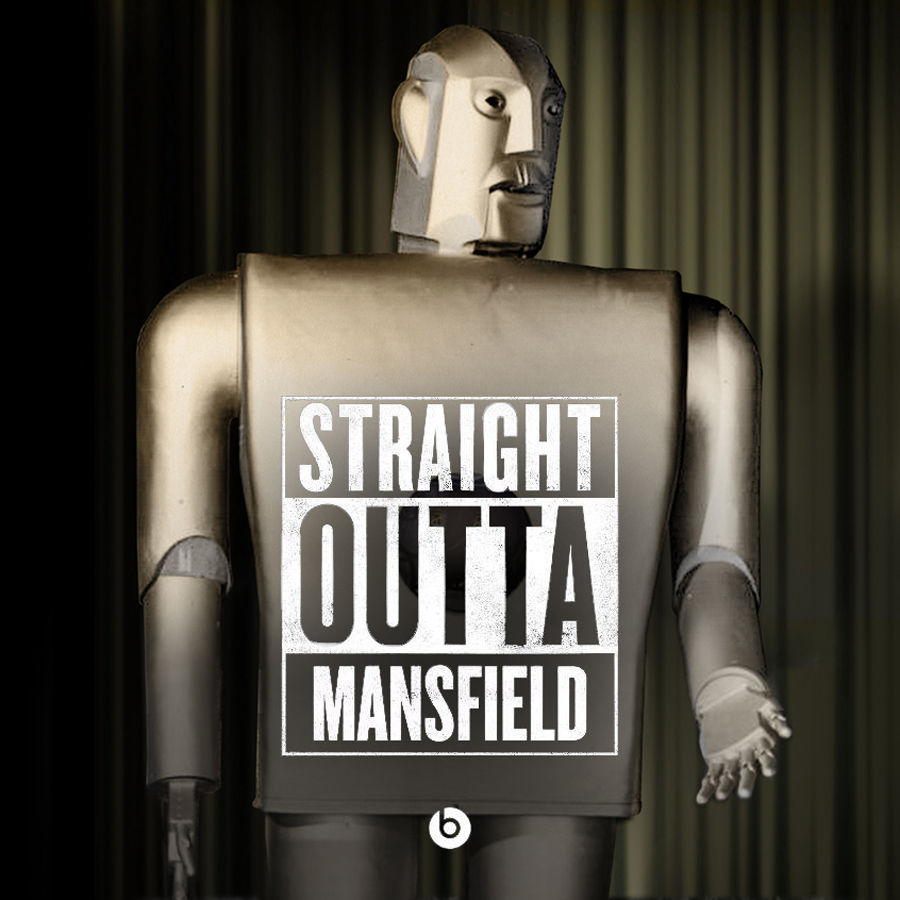 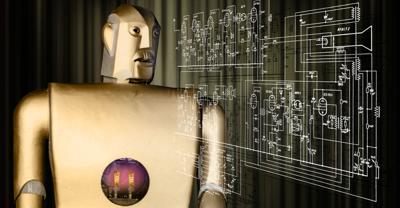 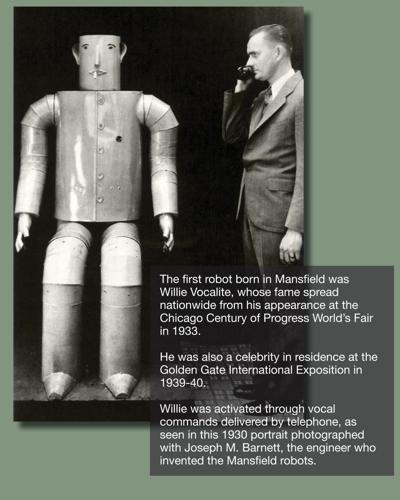 We live in an age when artificial intelligence, microchips and animatronics are so advanced and commonplace that the idea of a 20th century robot—with stiff legs and slow buzzing speech—seems pretty quaint.

It’s amazing to imagine that at one time not so long ago these retro mechanical beings were the cutting edge of America’s dream future.

It was that awkward past that blazed the trail to where we are today though, and our cyber technology has achieved the heights of brilliance we enjoy only by standing on the shoulders of those clunky old metal men.

In the 1930s those first stunningly futuristic aluminum stars were brought to life in the one place in the nation that already had a reputation for industrial and technological innovation: the city of Mansfield.

The concept of robots didn’t begin in Mansfield, writers had been defining them for 100 years, and moviemakers had been simulating them since the beginning of film.

But it is one thing to imagine a mechanical man—and quite another to get one made, on the ground, in motion. That took a very special team of dreamers.

The art of robotics got its most significant jumpstart through the Westinghouse Company, and it located one of its major plants here in 1918.

The first major prototype of robotkind was devised in Pittsburgh by a Westinghouse engineer in the late 1920s. But by the time the second generation of robots was born in 1930, the genesis took place, more properly, in a site where the proverbial ‘bucket of bolts’ was kept: in Mansfield.

Our local Westinghouse plant manufactured appliances: vacuum cleaners, ranges, irons, fans, refrigerators—things built out of a hundred little cogs and wheels and circuits with wires. It was, therefore, quite natural that this Mansfield factory became home to the kind of laboratory playground where a mechanical man might spring to life.

It was at the Pittsburgh Westinghouse plant that an electrical engineer created the first mechanisms that could open and close circuits and relays by voice operated remote control. In its initial applications this applied science was truly revolutionary—able to open doors and flip switches by telephone. But these uses, amazing as they were, did not particularly capture the public imagination.

So, in order to dramatize the possibilities of this technology, the circuitry was fabricated into the shape of a character from science fiction: a mechanical man. His name was Herbert Televox.

He was a little crude—with a flat puppet body—but as soon as the abstract science was sufficiently embodied into a human form there wasn’t anyone who didn’t get the idea that they could have some machine to do the dirty work for them.

To hard working Americans the idea of a mechanical servant was an inspiring proposition.

It was the Second generation of Westinghouse robots that established Mansfield as the epicenter of innovation during the age of electronic marvels.

Joseph Barnett moved to town and collected components of appliances at the lab on 4th Street in order to re-imagine the Westinghouse motorized gizmo technology into a more life-like mechanical man. His new rendering was a metal fellow named Willie Vocalite.

In addition to having a significantly larger vocabulary of tricks, he was also more tubular and three-dimensional like a person.

Willie made his public debut in 1931, and by ‘32 he was on the road all over the U.S.: making appearances at home shows, department stores, theaters and fairs of every sort.

While these Westinghouse robots served to prove points about the possibilities of eventual electric applications, they were actually created more particularly as instruments of public relations. They were walking, talking ads, and they were great family entertainment. They absolutely captured the public imagination and served as terrific publicity: the kind of advertising that nobody ever forgot afterward.

Watching these super futuristic machines in operation left no doubt in anyone’s mind that Westinghouse was leading the way in technological advancement into the awe-inspiring future. Accordingly, Willie Vocalite often traveled with new model refrigerators, just to be sure that the appliance association was branded into homemaker’s minds.

Willie’s most widely publicized gig was in Chicago at the 1933 World’s Fair, where he made daily appearances for Westinghouse in the ultramodern Electrical Building.

It is difficult by today’s standards to recognize what a star Willie Vocalite was in the 1930s. His picture was in newspapers and magazines all over the country, and he even made a coast-to-coast radio introduction from the Chicago fair.

The Superstar of Robots

By the end of the 1930s Westinghouse wanted to be ready to make a sensational impact at the highly anticipated World’s Fair in New York, so Mr. Barnett worked overtime during the Depression years to come up with a new cutting-edge robot personality.

His masterpiece was named Elektro, and he was even more human in appearance: with a distinctive head of cast aluminum and articulated hands.

With state-of-the-art wiring and tubes inside his flashing heartlight, Elektro was still a Mansfield boy at heart with vacuum cleaner wheels on his feet that helped simulate walking mobility and approximate a primitive cha-cha.

Elektro was so hugely popular during the 1939 fair season in New York it was hardly imaginable that anything might improve his showing, but when he came onstage in the 1940 season he had with him a new act: Sparko the mechanical dog.

These mechanical pals were created specifically for life at the World’s Fair, but afterward their fame carried them on for another couple decades. In the 1950s they were still making guest appearances around the U.S., and in 1960 Elektro enjoyed a brief stint in Hollywood.

The tremendous explosion of worldwide technological growth that came in the 1960s pretty much wiped out all memory of these Westinghouse robots. In a world increasingly streamlined and automated, characters like Elektro seemed sadly irrelevant. Not surprisingly he ended up in pieces scattered here and there.

The story of Elektro’s afterlife and his miraculous revival is a rare tale of happy endings. His history can really only be understood with a visit to his home at the Mansfield Memorial Museum.

Mansfield’s role of innovation in the evolution of American industry could hardly have a more iconic face than that of Elektro.

The inspiring legacy of the Westinghouse robots has a certain local charm and appeal to civic identity, but it also holds a significant bookmark in American history as well. It represents a scientific landmark in the ongoing evolution of intelligence on planet Earth.

There is a lot more information about the Westinghouse robots on the photos and graphics accompanying this article.  To see them in a gallery just click on any image.

For more information and photos of the Mansfield robots check out Robots of Westinghouse 1924-Today by Scott Schaut, 2006.