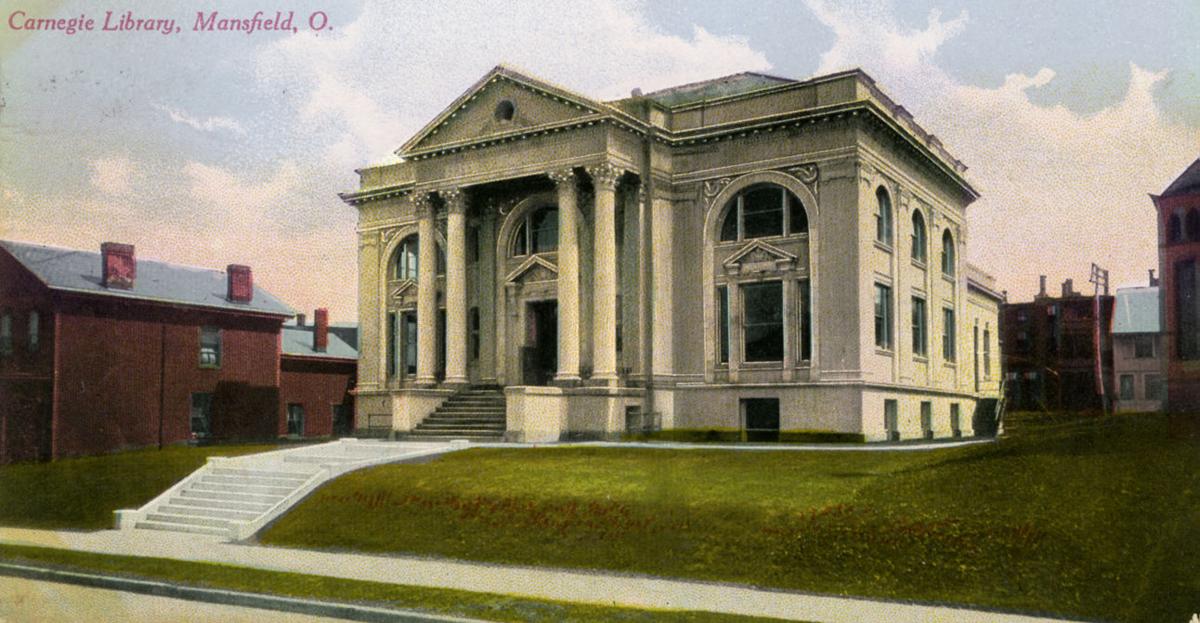 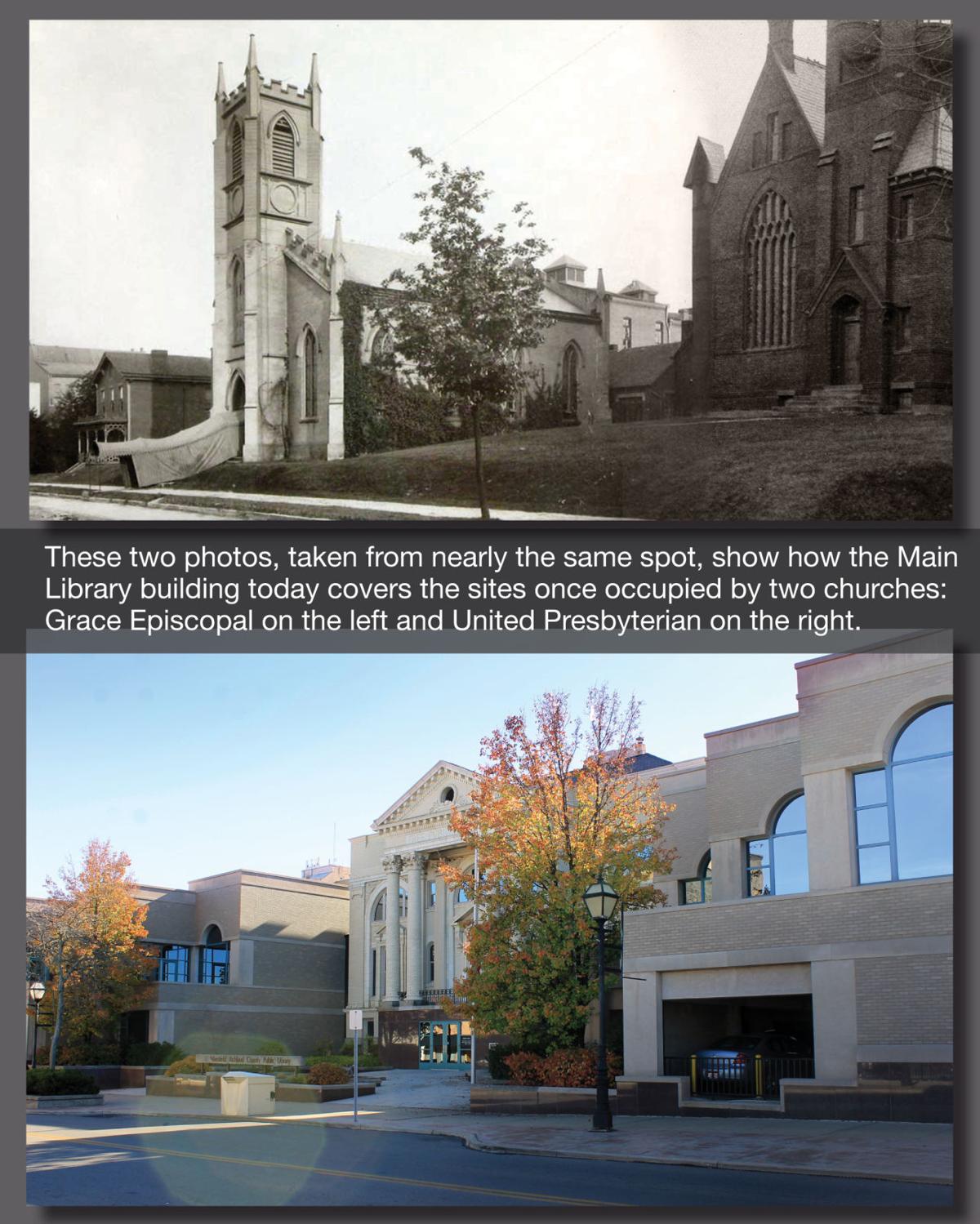 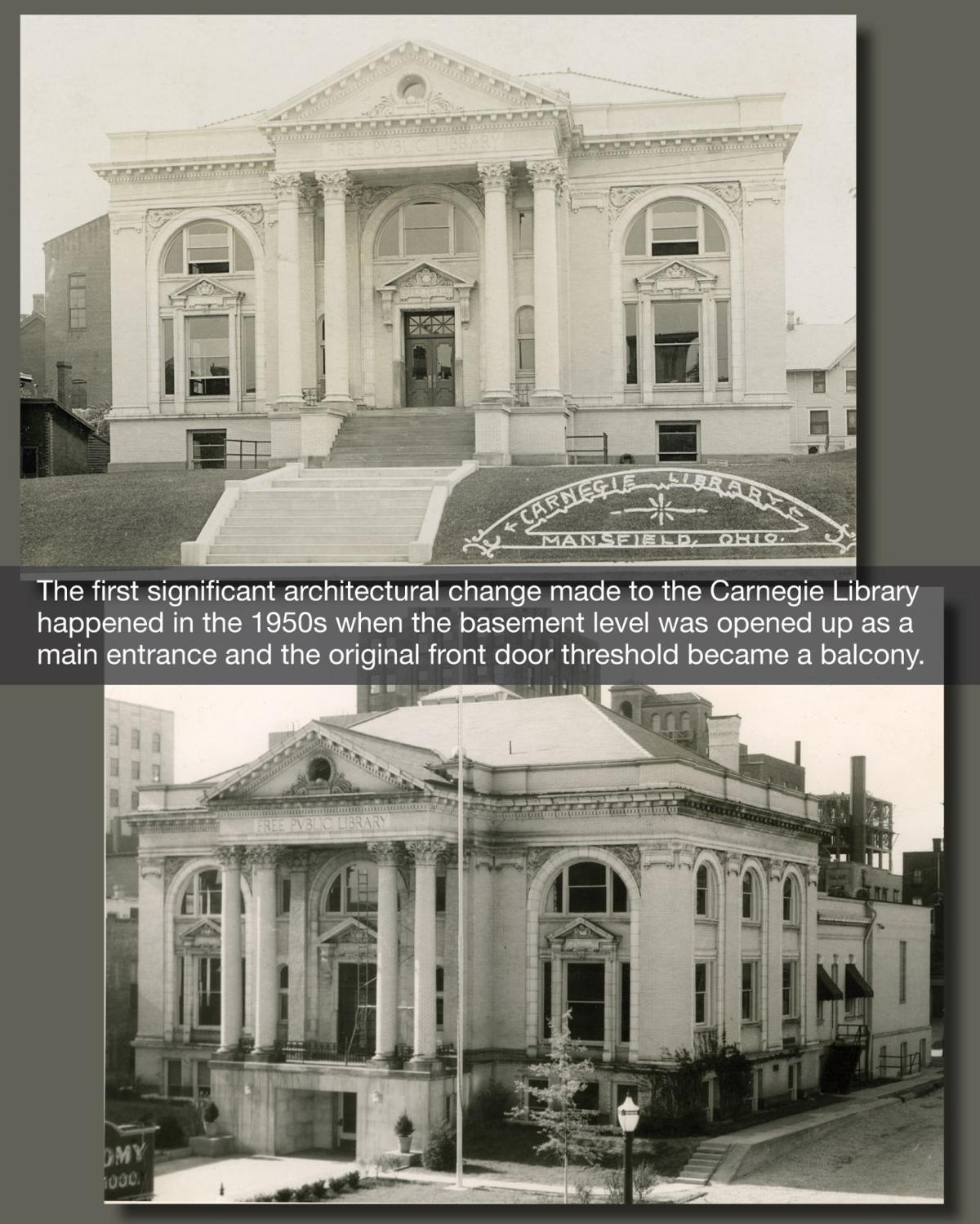 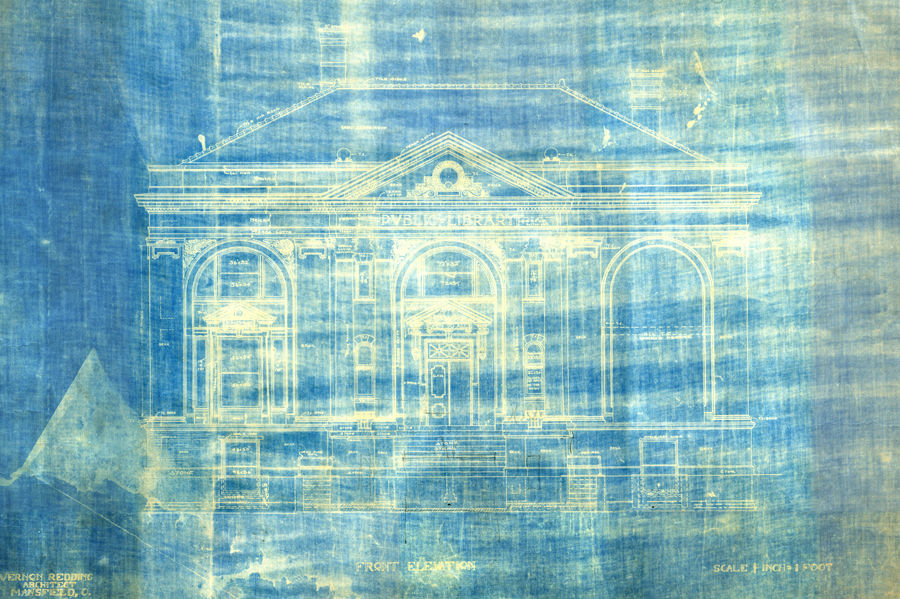 Mansfield’s charming Carnegie Library was built in 1908 on Third Street, and Mansfielders came to love it so much through the years that they refused to pass any library expansion levy until the plan was drawn that would keep the old building intact as part of the enlarged facility.

A “Temple of Learning” was how communities saw the library and, accordingly, most Carnegie Libraries in the United States were created in Classical Revival architecture. When Mansfield was awarded a Carnegie grant for a new library building the commission was given to local architect Vernon Redding, who had designed the classical arch in 1900 for the funeral of Senator John Sherman. In later years he went on to design the Leland Hotel, the Central Methodist Church and the Mansfield General Hospital. He also did the Galion Public Library that bears a striking resemblance to our own.

Redding’s design was a classic synthesis of Greek and Roman styles with Corinthian columns, a pediment, and a broad approaching stairway. The exterior was constructed of white vitrified brick and white enameled terra cotta, and the roof was red tile. The new library was built at a cost of nearly $50,000 and formally opened its doors on December 19, 1908.

There were considerable architectural alterations made to the building in the 1950s that opened up the basement level as a main entrance, but it wasn’t until the 80s that the place grew wings that covered most of the block.

Images come from the collections of Phil Stoodt, and the Sherman Room of the Mansfield/Richland County Public Library.

Dick Cox was born July 25, 1928. He grew up in Mansfield's Woodland neighborhood, graduated from Mansfield Senior, and earned an appointment to West Point. He was last seen Jan. 14, 1950, when he was just 21 years old. No one really knows what happened to him after that night.

Henrietta "Jennie" Bull Culver was born in 1846 to Thomas and Sarah Bull (who lived in the beautiful brick home next to the fountain in Central Park).

Kingwood in the '20s: Mystery and murder Part I