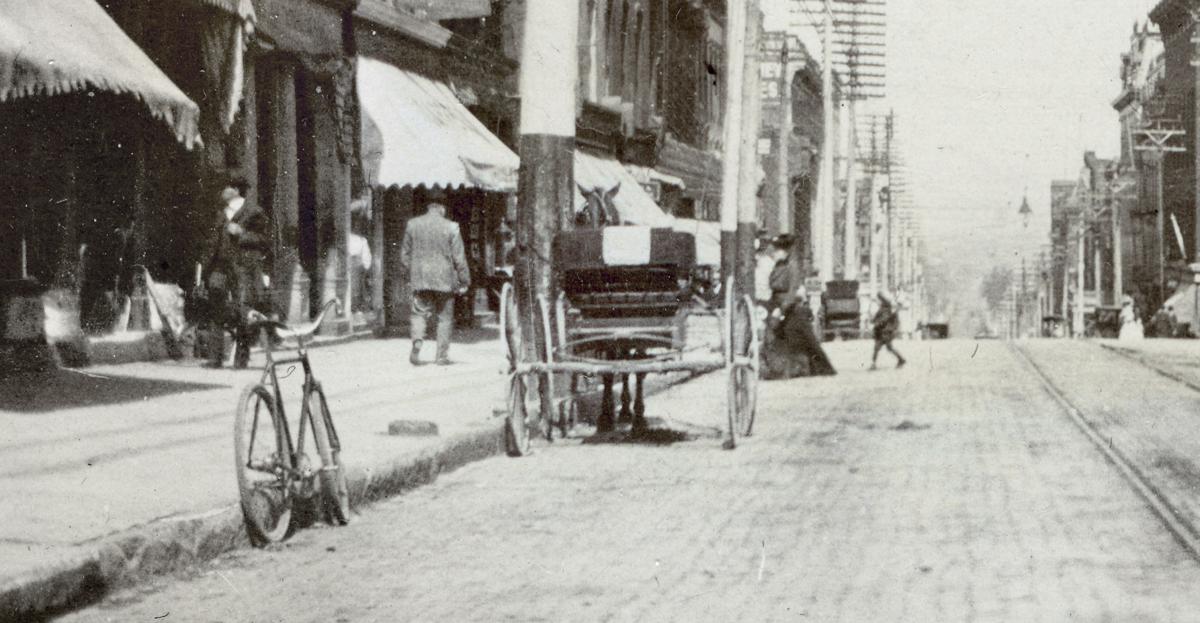 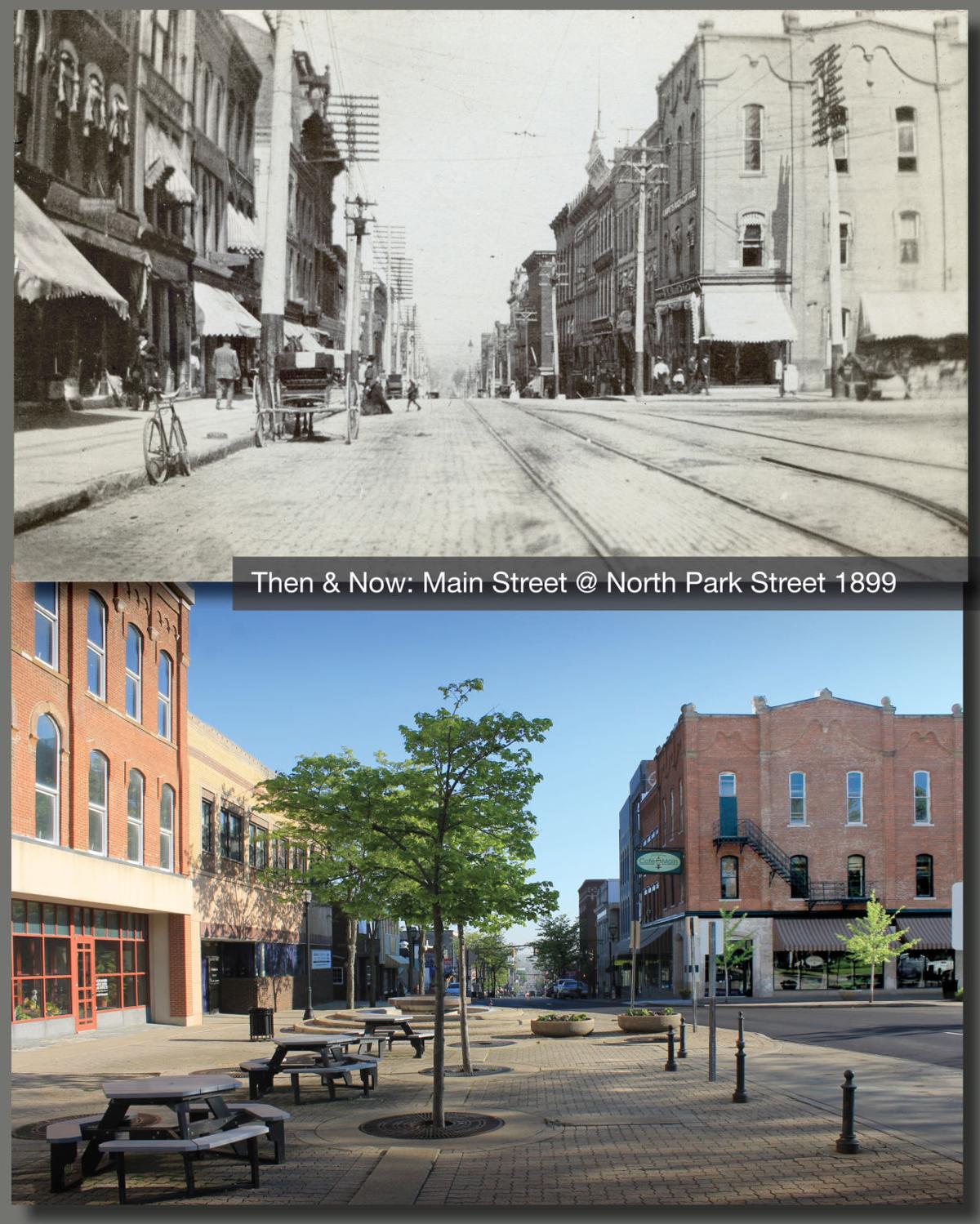 When the photographer set up his tripod in the 1890s to capture this image of North Main Street, he was standing in the middle of a traffic lane and his equipment probably straddled a streetcar track.

Capturing the same scene today entails considerably much less risk since the camera is a half dozen paces away from the nearest moving vehicle.

Had the picnic tables of today been in the same position in 1899, casual lunches would have been formal traffic hazards.

It would, no doubt, be fun to ride a streetcar up Main Street. But it would be sad to lose the carefree and relaxed Main Street atmosphere of today in order to go back to the time depicted here when the streets were wide enough for streetcar tracks.