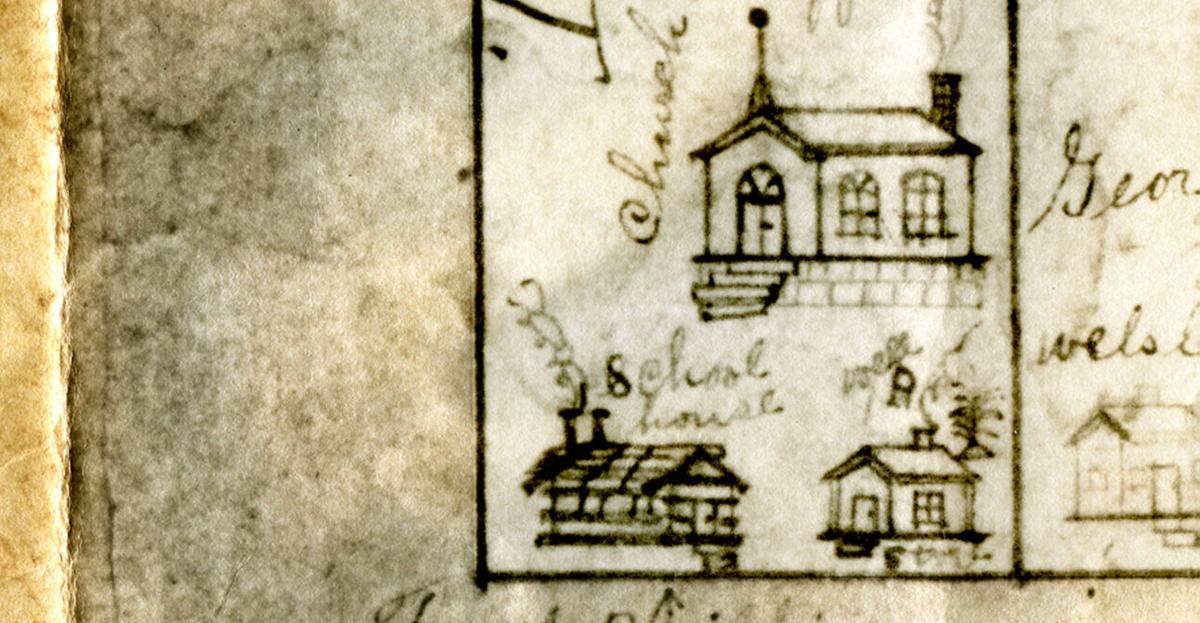 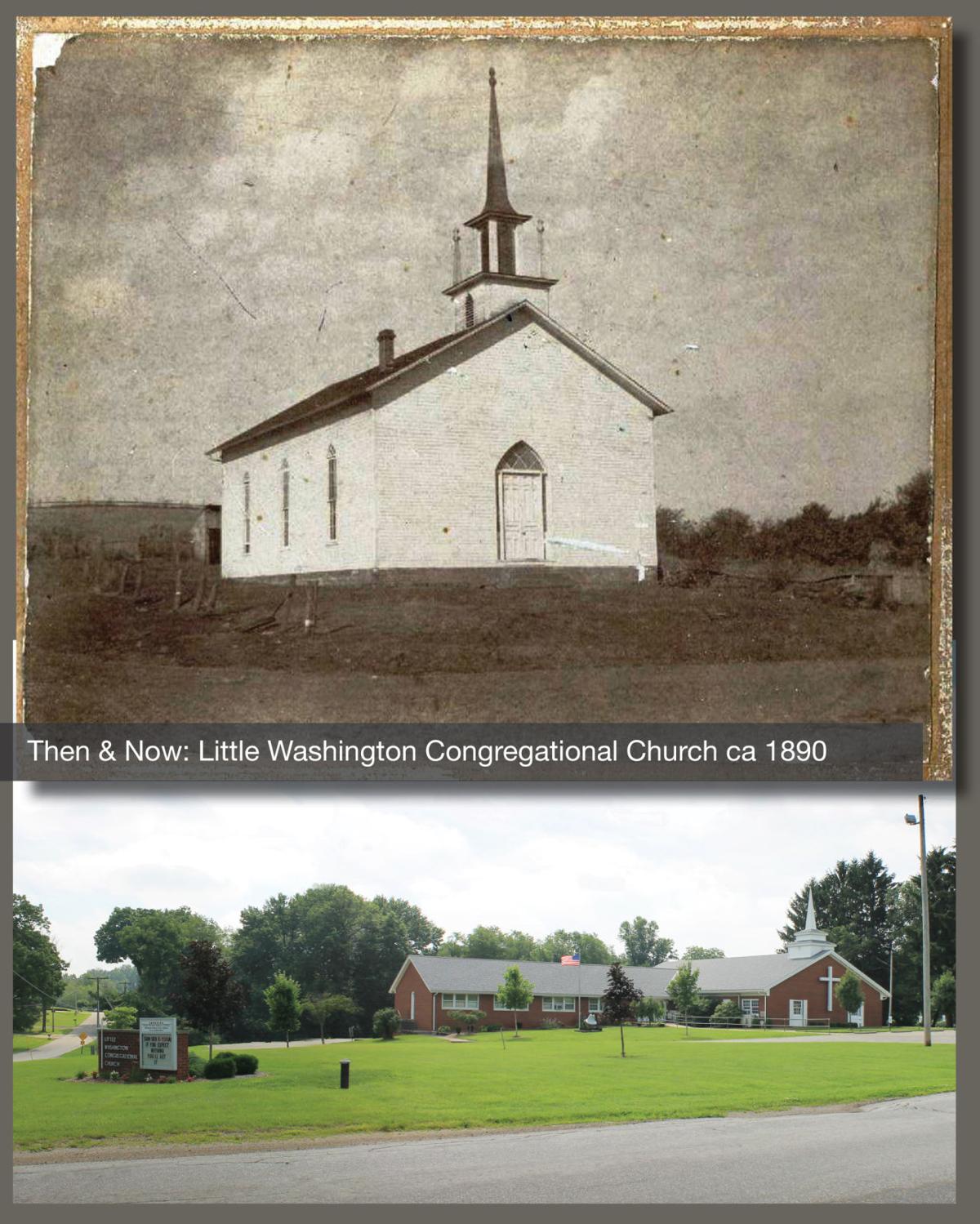 The greater downtown district of Little Washington consists of a single crossroads: where Hanley Road and the Washington Road cross. During the greatest part of its history—since 1837—this intersection has had a Congregational Church on one of the four corners at the heart of town…not always the same corner.

For about 90 years it was on the NW corner (Then) and for the last 50 years it has been located diagonally across the main drag on the SE corner (NOW).

Technically the tiny hamlet was named Washington but sometime early in the last century modesty dictated that the place be designated ‘Little’ to keep people from getting it confused with the seat of our national government.