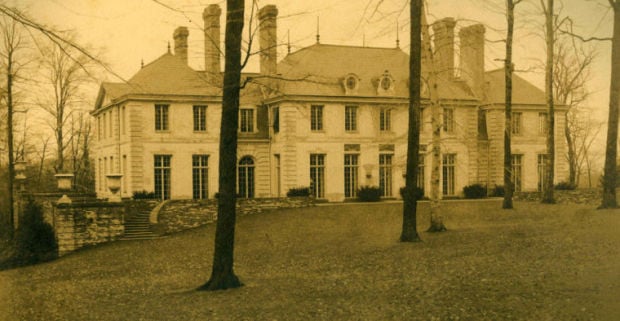 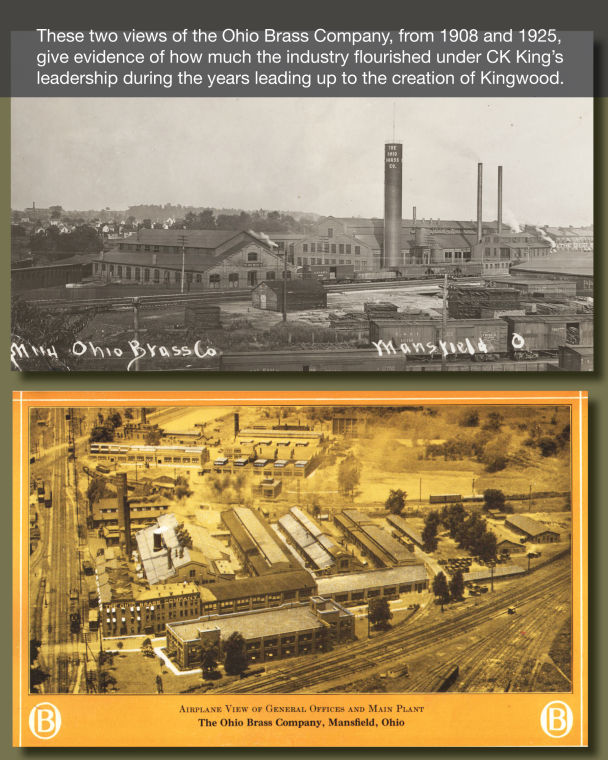 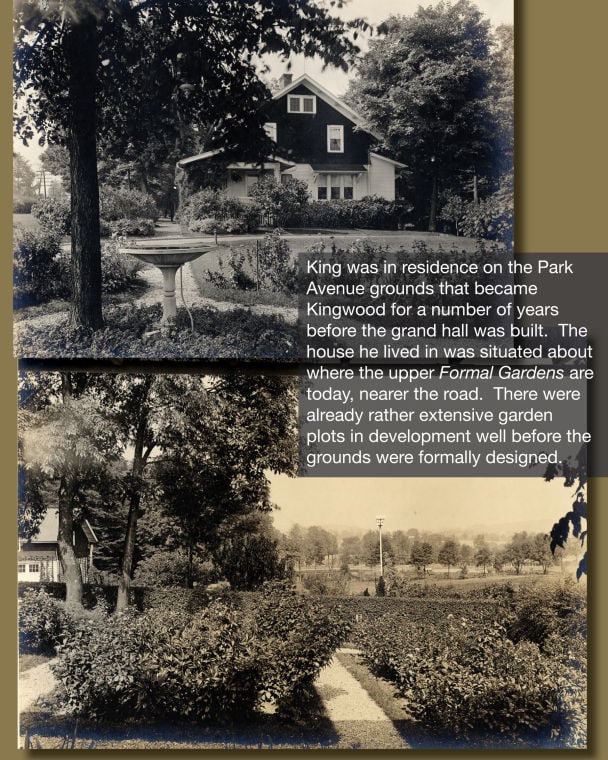 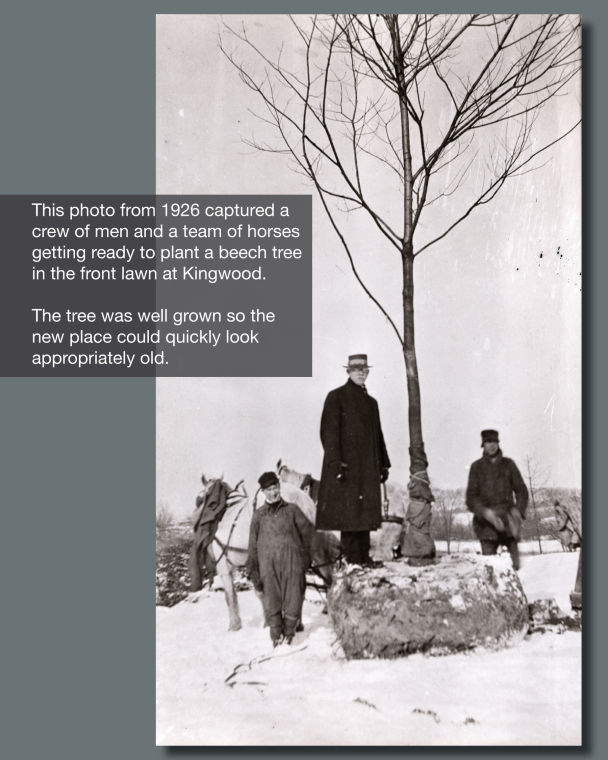 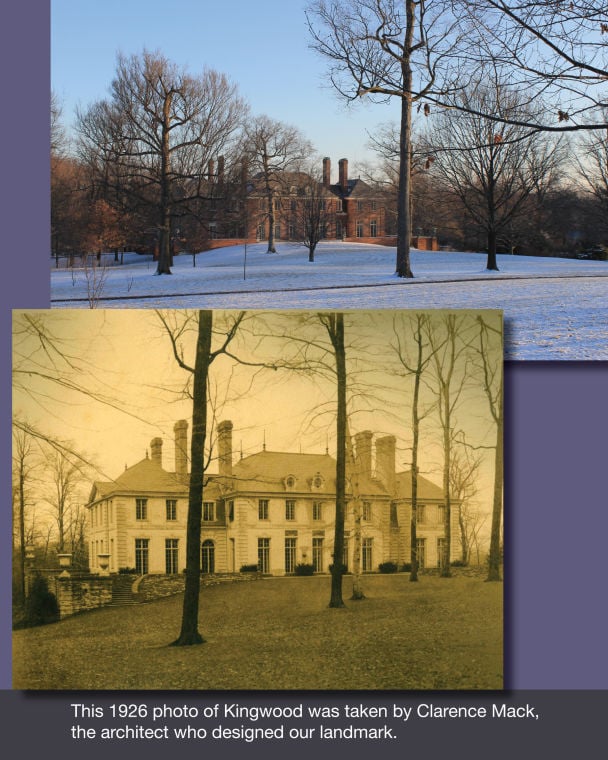 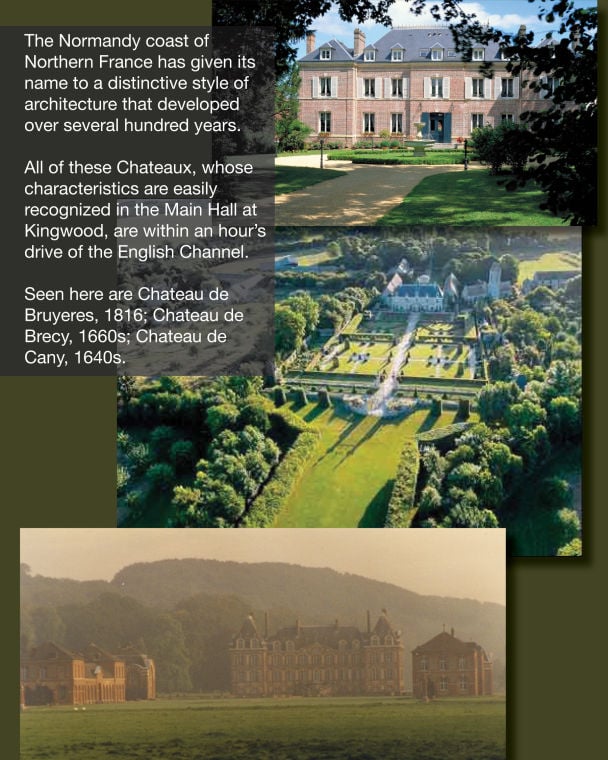 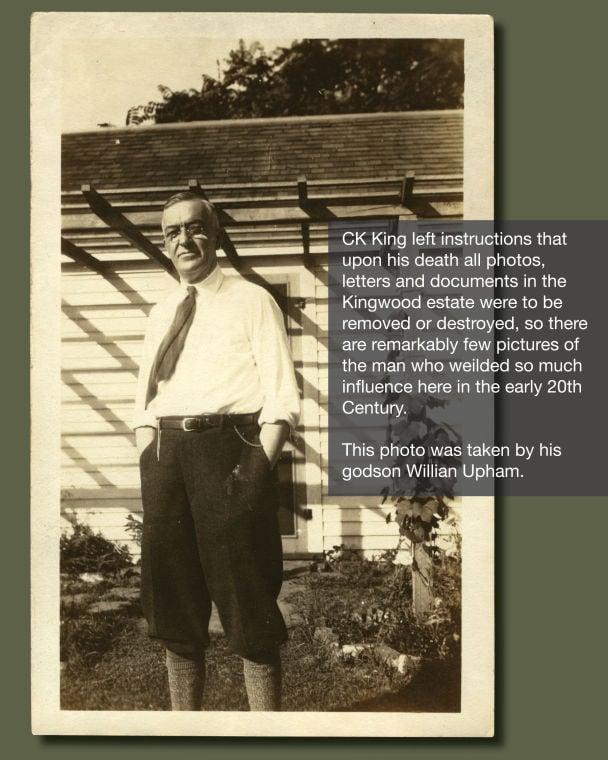 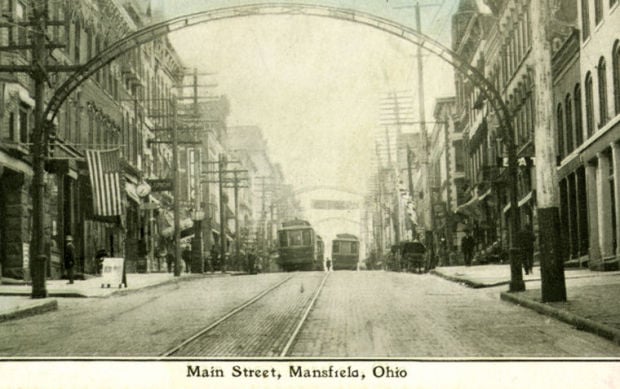 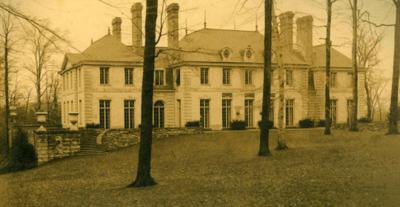 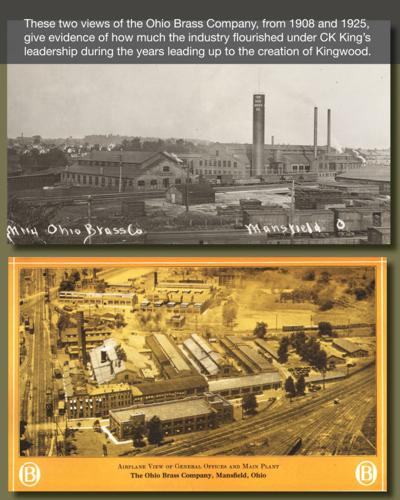 For the last several generations — and a whole lifetime for most of us — the postcard view of Mansfield is a scenic and flower-laden portrait of the Hall at Kingwood. By any standards it's an astonishing jewel to crown a city the stature of Mansfield.

Visitors to town, who mail away the postcards, learn more about the history of the place than most of us who live here — we who hurry past Kingwood hoping to catch the traffic light. The postcard-sized descriptive blurb explaining what such a place is doing here serves for most Mansfielders as enough foundation for bragging rights.

But a place so grand deserves its epic legend, and a story that big necessarily throws deeper shadows in all directions to give it more dimension. The definitive study of the life of C.K. King, drawn from the King papers and documents, doesn’t exist because there are no King papers: when he died the house was cleared of all his photos, letters, and documents as he had instructed.

This served mostly to amplify the mystery of who he was and what Kingwood is doing here.

What we know of him survives only in the more ephemeral media of community memories, glimpses from a distance, and overheard tales — each of which is a little postcard from the past, with a different view of Kingwood in the '20s.

A View from Ohio Brass

By the 1920s the Ohio Brass Company had been in existence for over 30 years and, superpowered by electrical Street Car innovation, had charged to the forefront of local industrial power.

The company had risen from a tottering job-foundry in the 1880s to a nationally recognized powerhouse in the '20s, principally through the genius and efforts of a young man who came to town as a glorified salesman and wound up as Chairman of the Board. He was Charles Kelly King, who took a foundry making brass harness fittings for carriages and retooled it to make parts for electric streetcars.

When he arrived in 1893, there were barely 50 cities in the U.S. with streetcar lines. But by 1900 there were more than 900 electric street railways in America with nearly 20,000 miles of track. During this wild surge of trolley proliferation, the components of the system that connected trains to their overhead wire power source — insulators, conductors, resisters — all came from OB.

The storm of sales and leap of production during the booming early decades of the 20th Century made a whole wave of new millionaires in Mansfield, and riding the crest was C.K. King.

A view from an Architecture Magazine

In the middle of the 1920s, America was thinking big, and C.K. King was on top of the world right when it mattered, and had reaped, accordingly, fortunes fit for a king.

He had a scenic piece of land with a large frame house on it. But the '20s seemed to require an upgrade, so he had the house removed out of the view and picked the prime spot for an epic creation. He found a hotshot architect from Cleveland who knew how to think big, and how to transplant classic, Old-World atmosphere into the New World of Mansfield, Ohio.

There were plenty of trees on the grand lawn to set off the mansion, but they were not the right setting for a chateau from Normandy, a place known for its big old picturesque beech trees. King already had the right trees, they were simply growing on the wrong side of the hill. It took a team of men and a team of horses to do it, but they moved the trees to center stage like hoary old Shakespearean kings settling the scene with appropriate dignity and solemnity.

It has been nearly 100 years since then, and those transplanted trees that remain have long since attained the stately grandeur that King envisioned.

A View from the Neighbors

Mr. King was a tall and handsome man and he was quite healthy, but in 1927 he was 60 years old and so he determined to exercise his lungs with a vigorous walk every day. He decided he would walk to work. From Kingwood to Ohio Brass was about two and a half miles.

Every business day C.K. stepped off first thing in the morning and strode briskly up Park Avenue West.

The distances varied from day to day but somewhere between Brinkerhoff Avenue and Glenwood Boulevard he stopped on the sidewalk. He never turned or signaled in any way, but within moments after his forward progress had ceased his chauffer pulled up next to him and Mr. King got in the car and rode to work.

A View from the Help

It wasn’t that working for Mr. King was in any way especially difficult — he was an exacting man who knew precisely what he wanted — but he was kind to the help and he paid well. Not everyone was eager to work for him though, after that business about the Watchman.

People in the serving class were wary of anyone who was that rich in the 1920s — when booze and racketeering were making overnight millionaires during Prohibition, and mansions were getting bombed out in Detroit and Cleveland where there was fierce competition among bootleggers. It was in the news all the time.

It was late fall in 1929, the stock market had just crashed and everyone anywhere in the whole economic house of cards was panicking. Everybody in any line of work was on edge, and then one night in mid-November a guard at Kingwood took two slugs in the chest.

Speculation about what was going on at King’s mansion ran in every direction. But locally, no one knew what it was all about. Somebody knew though … somebody who made King look like he might not be the safest man to be standing next to.

All of the illustrations accompanying this article can be seen in a gallery by clicking on any image.

Some photos from this article come from the collection of Phil Stoodt, and the Cleveland Public Library Digital Gallery.

Kingwood in the '20s: Mystery and murder Part II