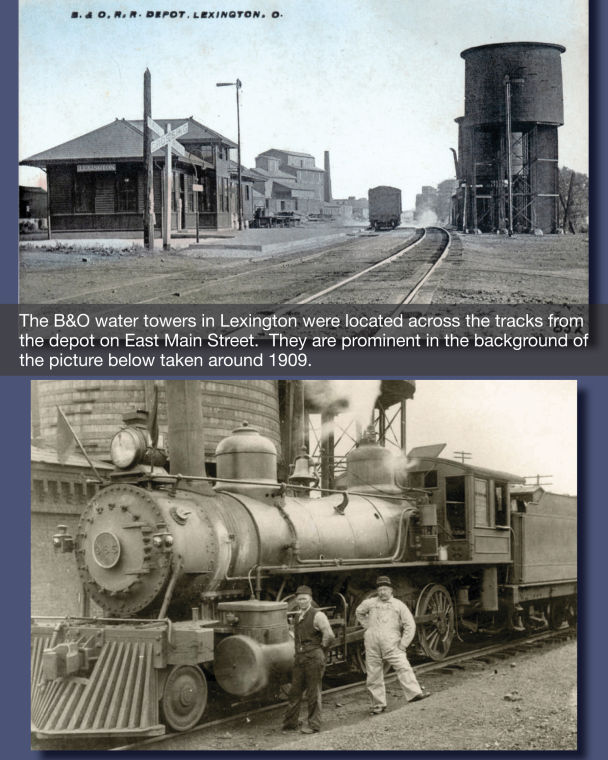 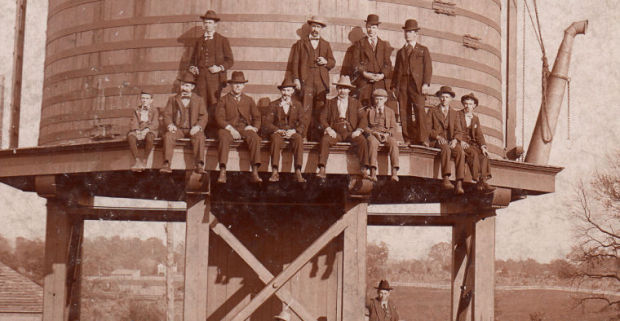 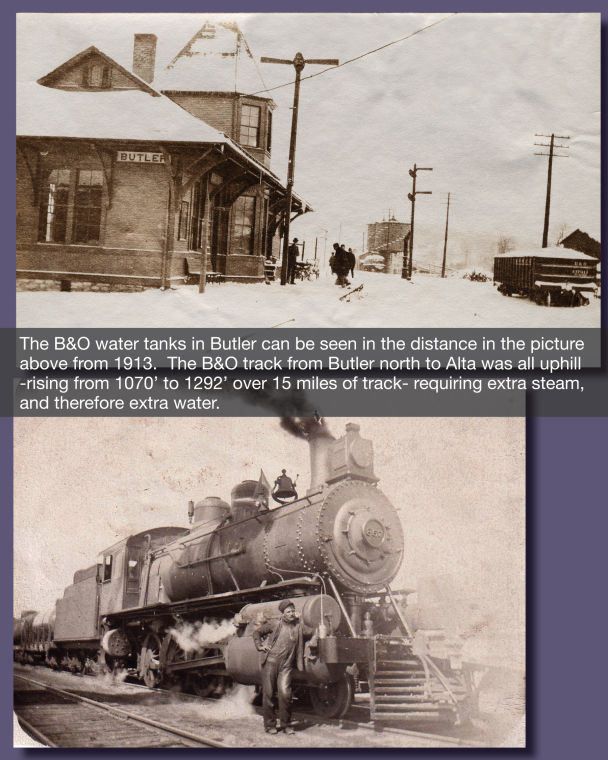 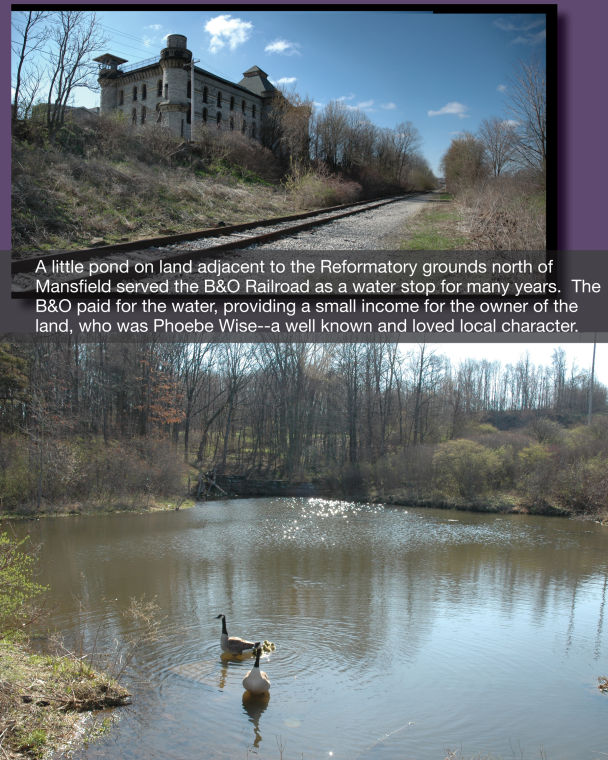 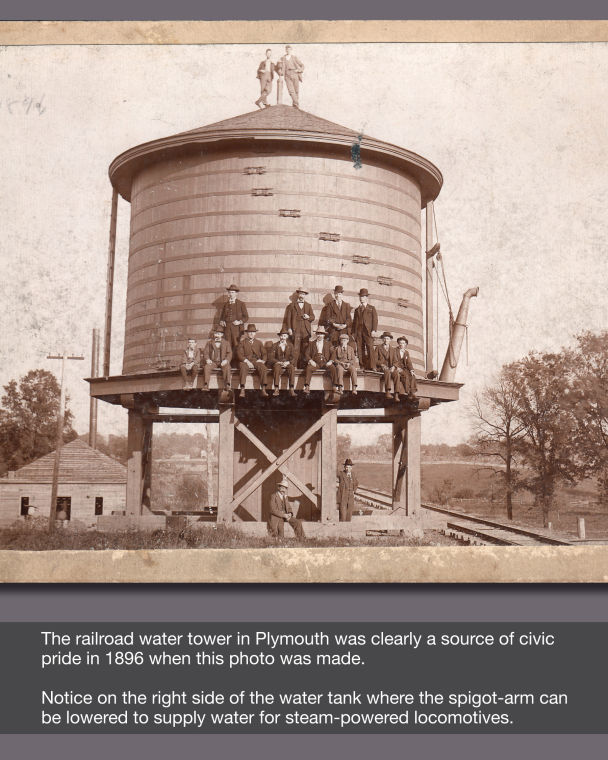 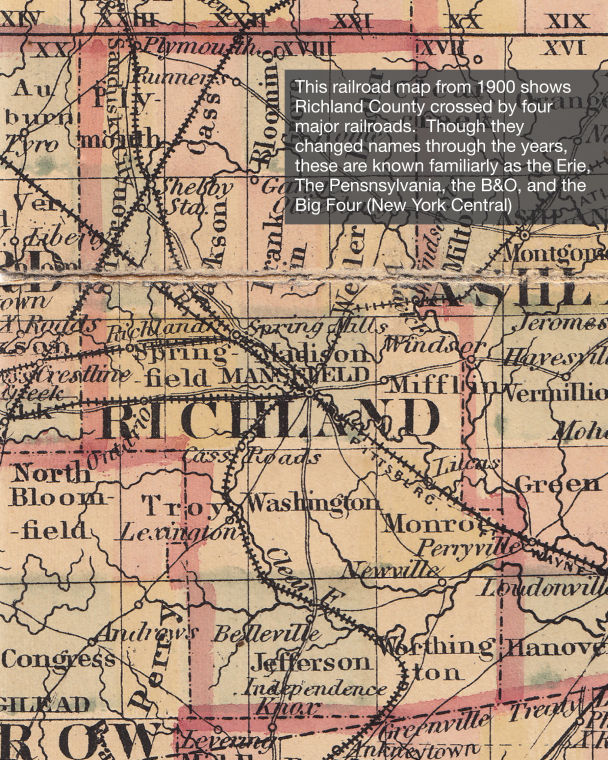 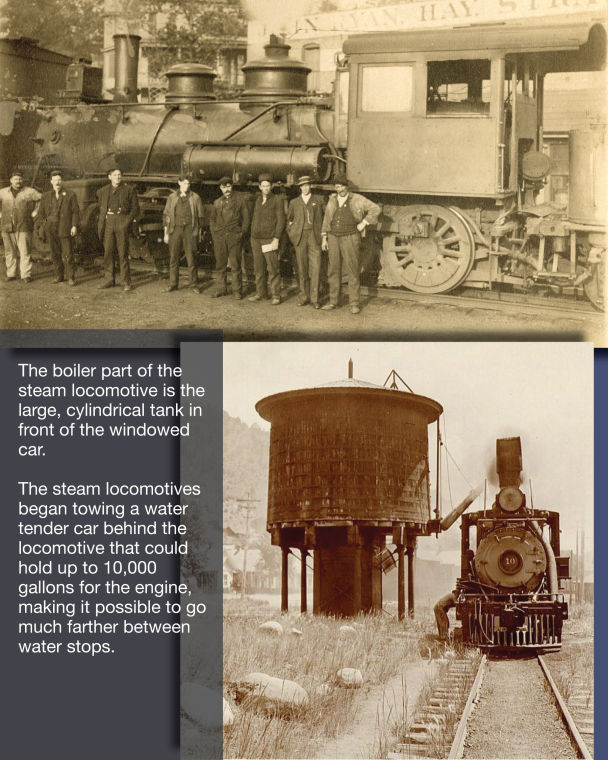 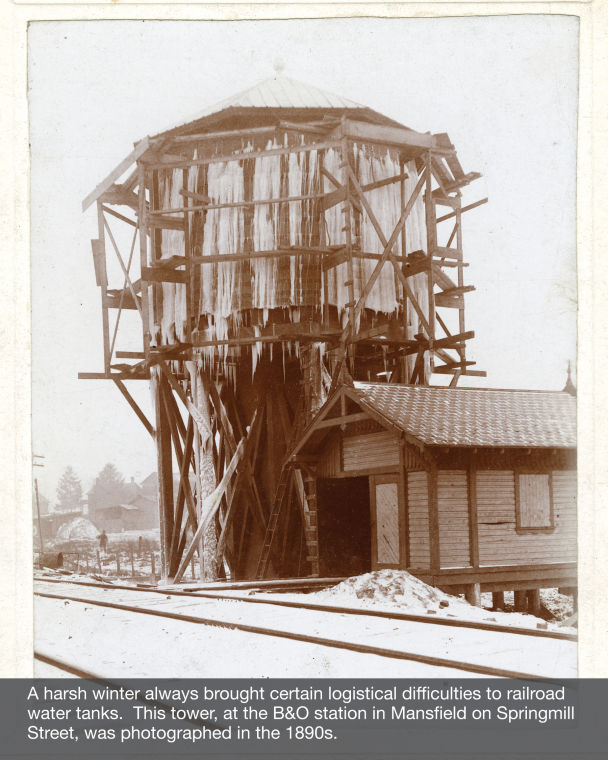 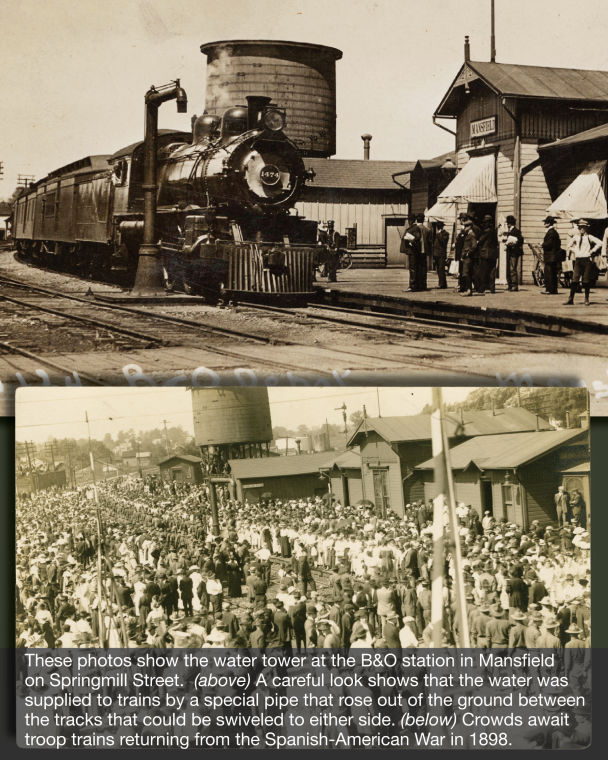 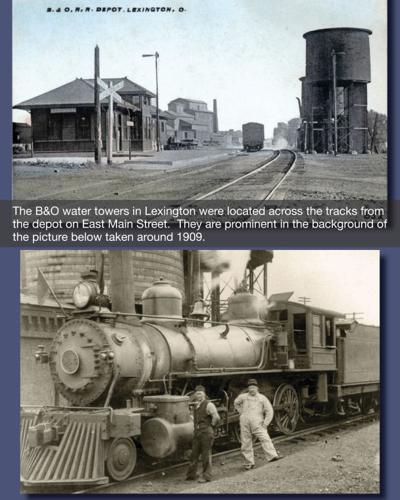 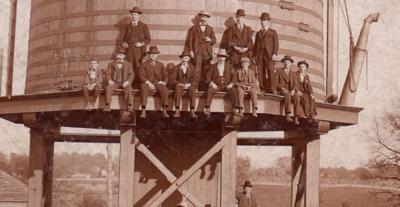 So maybe somebody said you came from a jerkwater town and maybe that sounds like an insult to you. But do you know where the expression came from? How wrapped up it is in the early railroading lore of American History? And how, after all, it might not be such a bad thing?

In fact, nearly every village in old Richland County started as a jerkwater town.

(The photos at left are meant to be an interactive feature of the story. Click on them to enlarge.)

There were four major railroad lines that ran through Richland County, and two minor ones. All of them began their careers behind steam locomotives.

Steam equals water plus heat. The heat was primarily coal, burning in a firebox in the locomotive. The water came from stops all along the tracks, where tanks or ponds kept a supply waiting for engines that were running dry.

These tanks were elevated above the engines, and each had an arm that swung out over the locomotive, made of pipe, to connect train to water tower. In order to start the water flowing through the pipe, the engineer had to grab a chain and give it a little jerk.

Consequently, in railroad jargon, any town where the train stopped to load up like this was a “jerkwater.”

The trains had to come to a standstill while this was going on, and passengers naturally wanted to get out and take a look around. Most often there was not much to see at the site of the water tower, and certainly nothing to do except listen to the glug glug of the locomotive chugging water.

These crossroads, with very little diversion for tourists, came to be known as jerkwater towns.

As locomotives evolved throughout the 1800s, they could go farther between water breaks, but the original lines — dating to 1848 in Richland County — had water stops every 10 miles.

Sometimes the conductor of the train — the man who conducted the business of the railroad and kept the train on schedule — wanted to avoid stopping at any town where passengers might be tempted to get off and delay proceedings. So they devised pit stops in the middle of nowhere.

These were the true jerkwaters.

There was one such a stop just north of Mansfield on the B&O — near the Ohio State Reformatory — where a pond of water still exists today that once provided drink for steam engines.

The railroad water towers, once a familiar sight in small towns, are nearly all vanished today. Diesel-powered trains pretty much did away with steam locomotives in the 1940s and '50s, though steamers still ran on the B&O tracks until the '60s.

Sometime about 45 years ago — when the last steam locomotives passed through here — Richland County officially ceased to be a place of jerkwater towns.