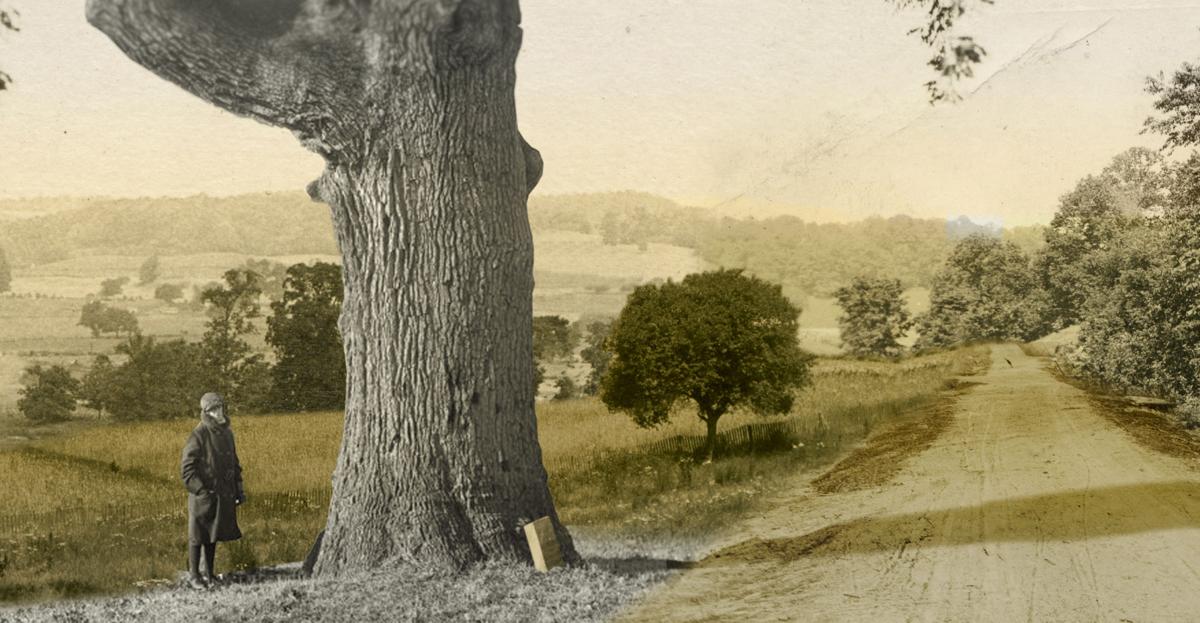 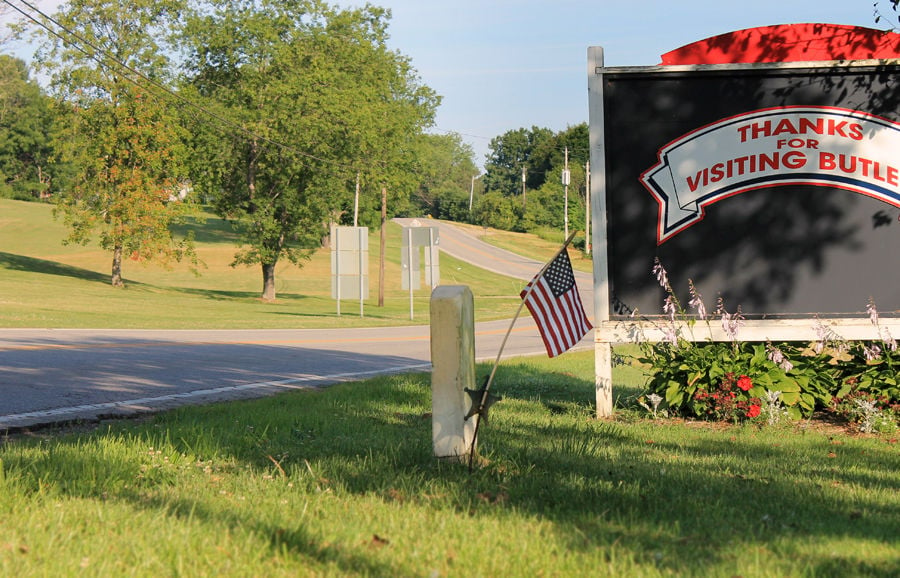 A 1961 topographic map that indicates a grave site at the Bicentennial curve. 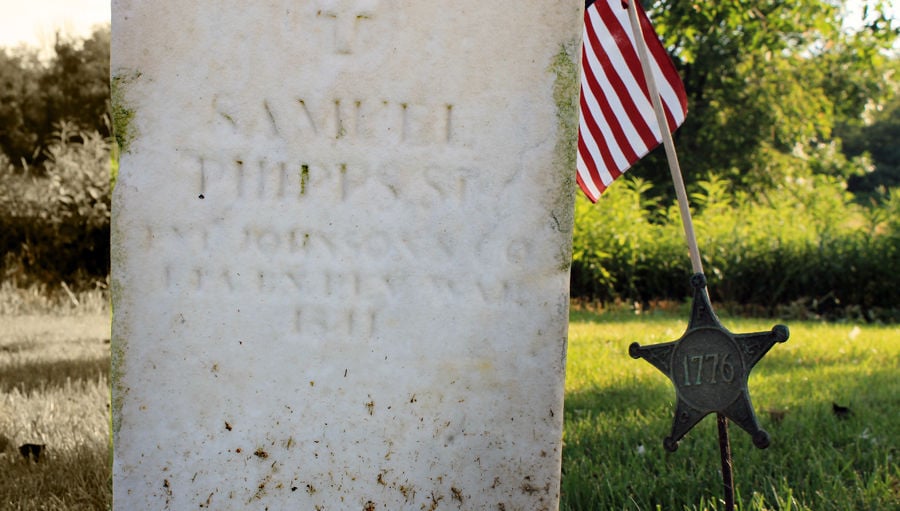 The Butler stone commemorates Samuel Phipps (1735-1841) who came to Richland County after fighting in the Revolutionary War. 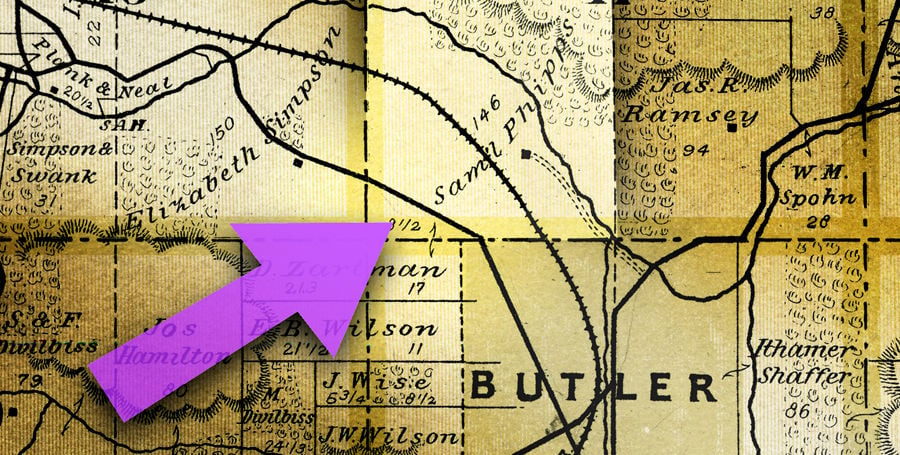 This map from the 1896 Richland County Atlas shows the Phipps family farm adjoining the road that would one day be State Route 97 at the Bicentennial Curve. 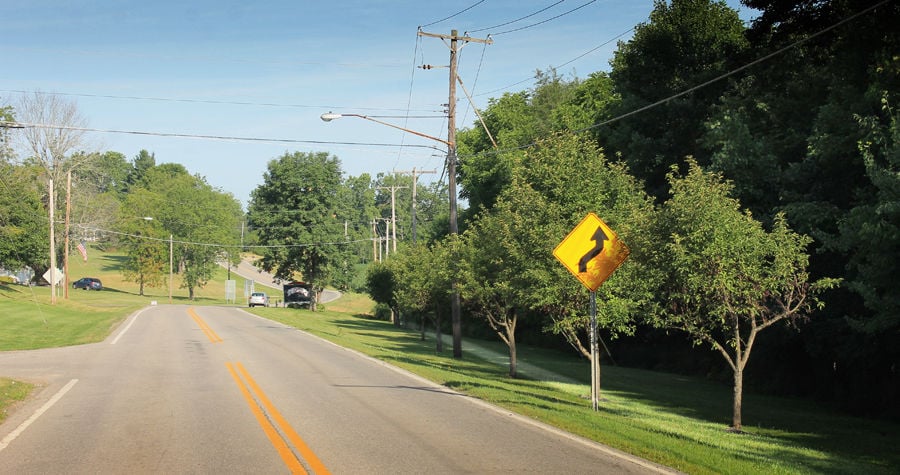 Butler's welcoming green space has evolved with a line of trees that closely approximates the line where State Route 97 would have passed had the road not curved.

This is a really small story about something barely significant: a place you could drive through and not even notice.

But the little story points to a much more significant element of history that is quite often overlooked, that has to do with transmission of lore from one generation to the next.

The story concerns a tiny curve in the road. In County Highway parlance the place was known as the Bicentennial Curve. Outside of the highway department it is not likely anyone ever heard that name.

The place was given that name in 1976 during the year of America’s 200th birthday. That was the year they were going to repave State Route 97 between Bellville and Butler.

That year I happened to have a summer job working for the Richland County Highway Department.

I use the word ‘working’ in the most optimistically euphemistic sense possible, because my position on the road crew was anything but strenuous. What I mostly did all summer was sit on the front of a steamroller and wave a flag at passing cars, telling them to go around us.

It left me plenty of time to talk with all the old timers on the road crew; a couple of whom had been on the job since the 1930s.

They knew every road in the county and had seen plenty in 40 years of patching potholes.

They had been there when nearly all of our roads were still just dirt and muddy ruts. They had witnessed the transformation of modern transportation, as roadways became solid under our tires.

That was how this all came up: these men were there in 1938 when State Route 97 was paved from Bellville to Butler for the first time.

So they knew the whole story.

The summer paving season of 1976

The reason this came up in conversation was because the County Engineer and the State Highway engineer were having a discussion about a certain stretch of the highway right outside the north end of Butler.

The state highway planner’s job was getting the road laid in as direct a position as possible, eliminating unnecessary curves.

The layout that he had drawn onto the county map was very professionally smoothed between Bellville and Butler: winding as needed around the valley hills, and then straight-edge, accurately paved in the stretches between the curves.

In the northern approach to the Village of Butler he had corrected a small swerve in the road. To him it seemed as if the road curved to avoid a sizable old tree that looked like it was dying anyway.

He didn’t see much problem in removing the tree and straightening the roadway.

But the problem wasn’t the tree.

Our County Engineer had to point out that the reason the road swerved going into Butler was to avoid rolling over a grave.

It was not just any grave either, it was the resting place of a Revolutionary War soldier whose headstone stood at the base of the old tree. It was actually illegal to tamper with the site that was protected by law.

So the state highway designer re-drew his blueprints, and the pavement of State Route 97 subsequently curled out and around the hallowed ground.

The summer paving season of 1938

When news of this small controversy in 1976 reached the ears of my old colleagues on the road crew they all burst into laughter. Judging from the intensity of the guffawing and the tears on their cheeks, it was a pretty good joke.

The thing was, they had been there in 1938. They had heard this exact same discussion taking place once before — the first time the road was officially paved. And they knew personally the old farmer back then whose cropland fronted on the roadway right there at the big old tree going into Butler.

The farmer had told them back in 1938 that the old white gravestone was something he found in his field down by the river when he was plowing one spring.

He thought it was a shame the old relic was neglected down in his cornfield, so he carried it up to the road where people could see it. And he leaned it against a big old oak so no one would have to mow around it.

Wherever the old venerated soldier’s grave was, it wasn’t next to the road.

The moral of the story

This is the lesson that historians learn over and over again digging into local history:

When new generations don’t hear the stories of those who have gone before, they will perpetuate mistaken assumptions.

As generations pass, the mistaken understanding is repaved again and again like synaptic paths of the mind in neural pathways that become ingrained habits difficult to change.

We assume that what we have inherited is valid, but that is not always so. It pays to be open to alternate possibilities.

Now don’t get me wrong. I love curvy roads. I’ll take them any day over those compass-straight lines of travel that put you to sleep.

In this case, the revisionist history of decades has led to a rather charming outcome. In recent generations the village has wholly embraced the little plot of ground created by the Bicentennial Curve, and transformed the place into a pleasant little ‘Welcome to Butler’ greenspace.

The huge old tree is long gone, but another has been planted in its place.

The old weatherworn gravestone of the Revolutionary War veteran has been replaced and mounted as an appropriate memorial.

Most interesting, there is a decorative row of young trees that angles away from the roadway in a perfectly straight line. This marks almost the exact route the highway would have taken had it not been detoured out around the historic stone.

It is almost like a ghosted image from another alternate reality where things happened as they were once intended by long-gone roadmen.

Those sun tempered old guys on the road crew taught me more local lore than could be gathered in many journals.  And they pointed out the exact farms, houses, swamps and hills where history was made in Richland County.