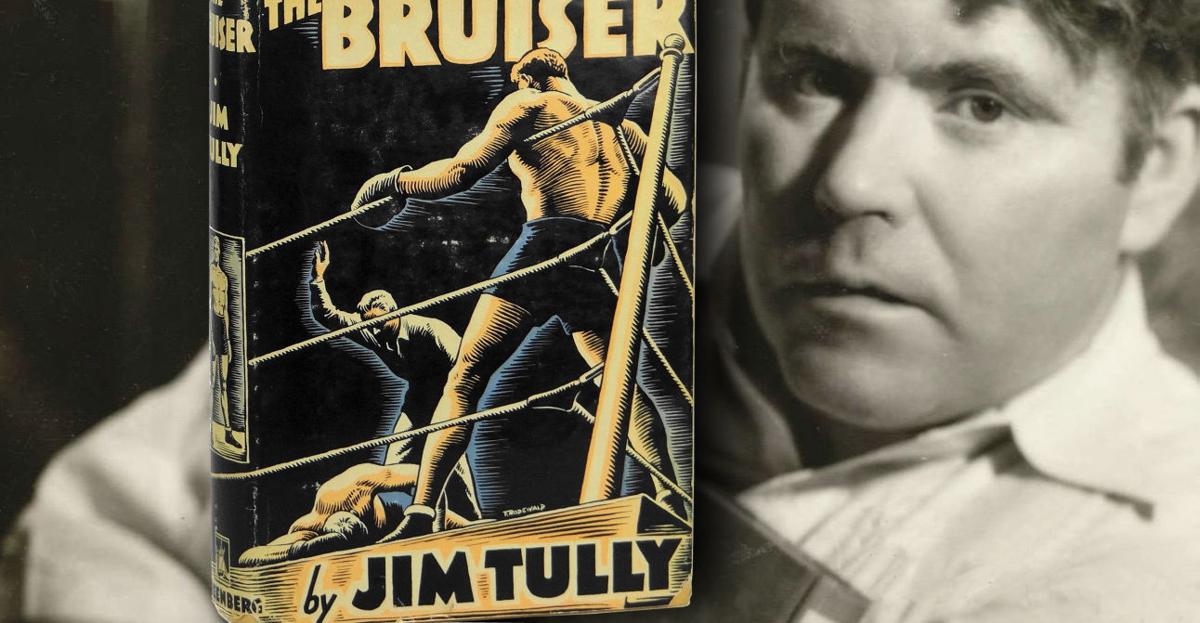 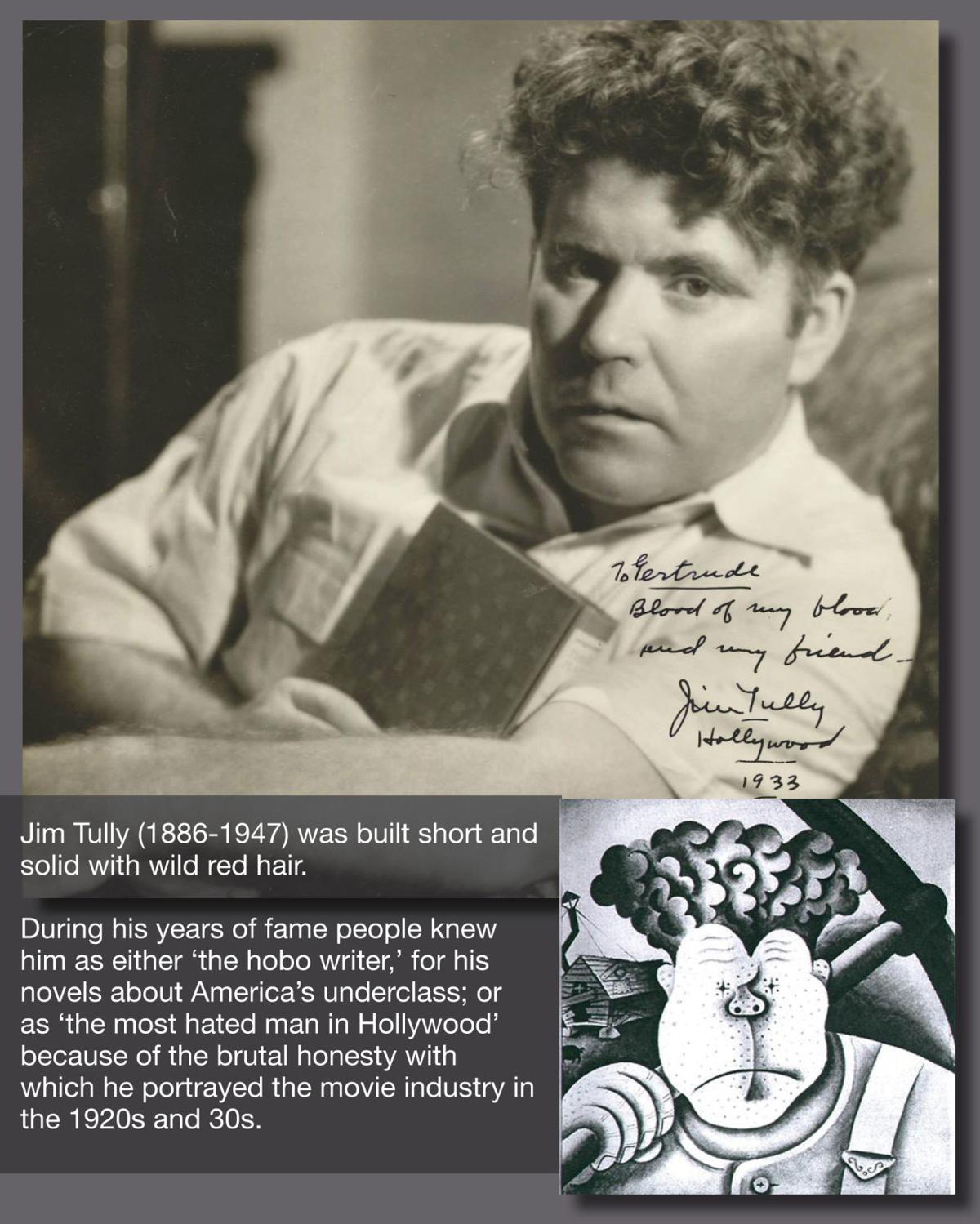 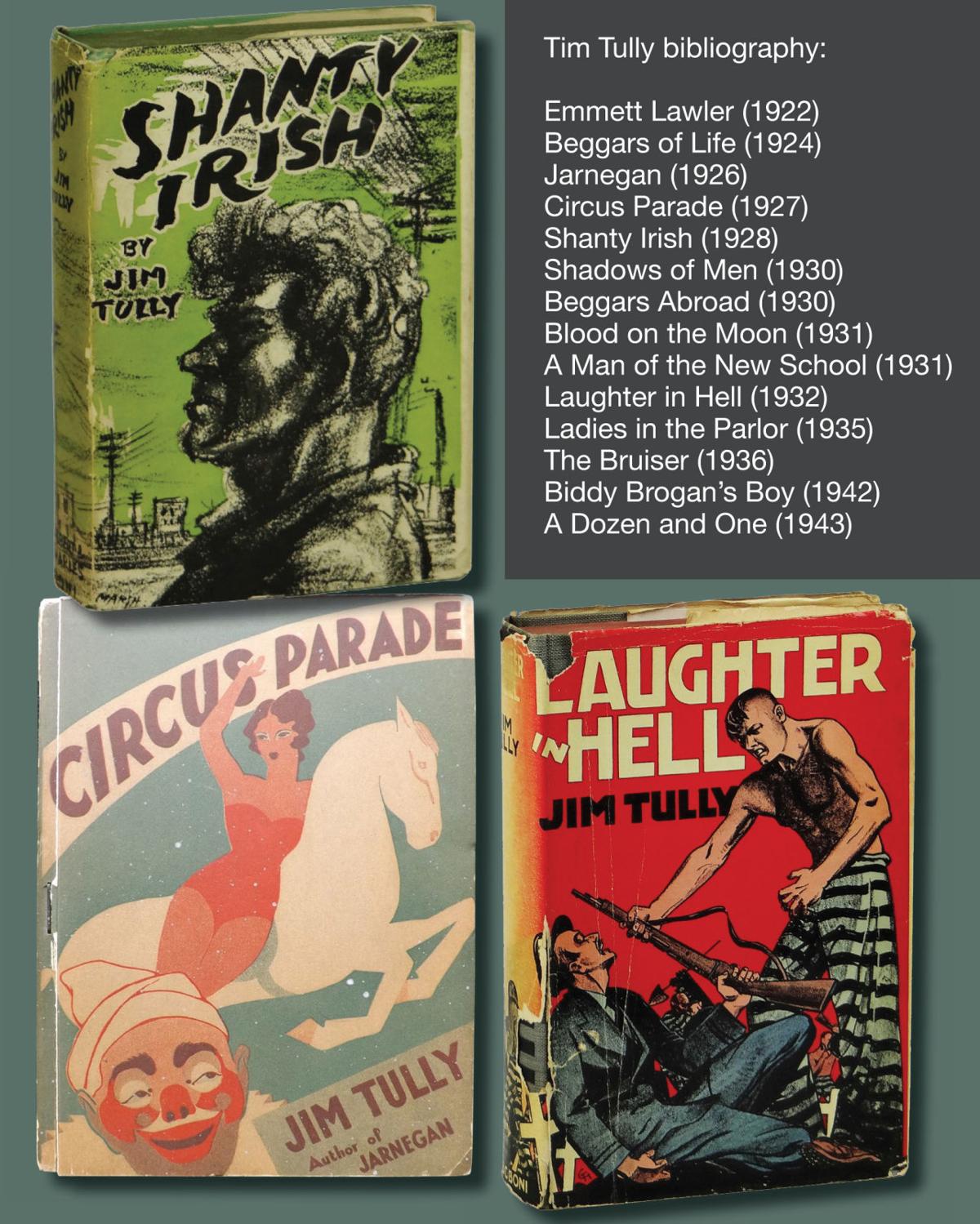 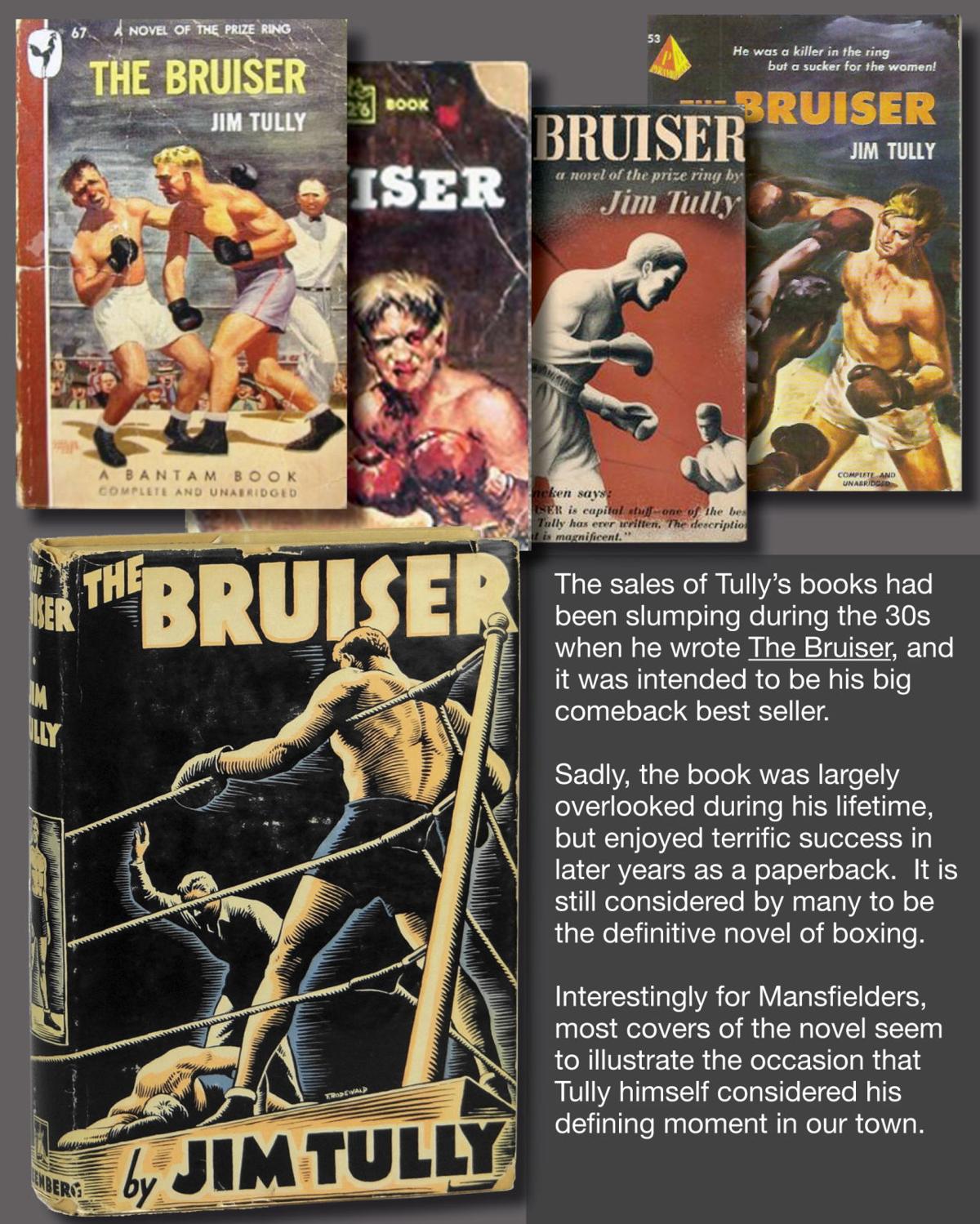 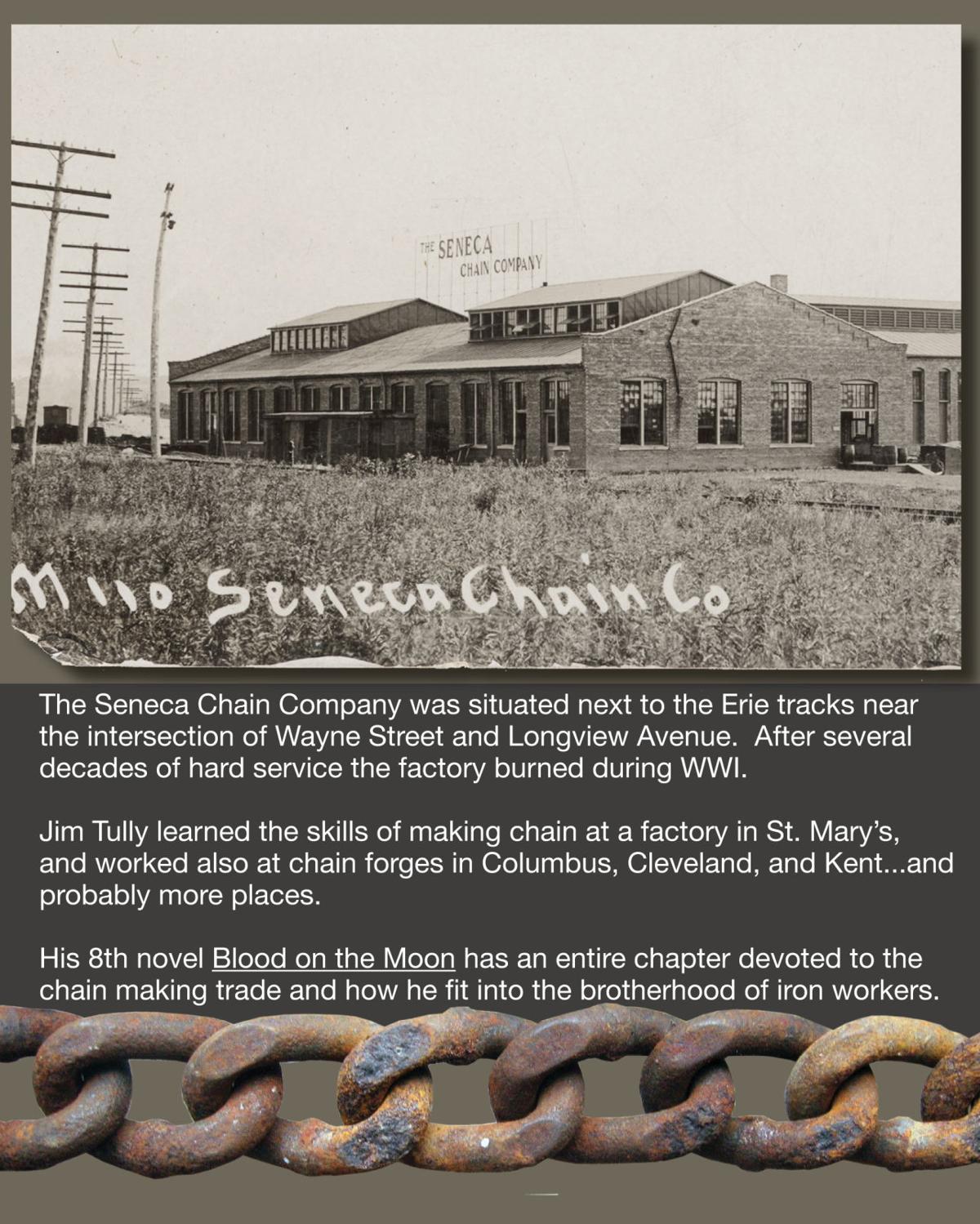 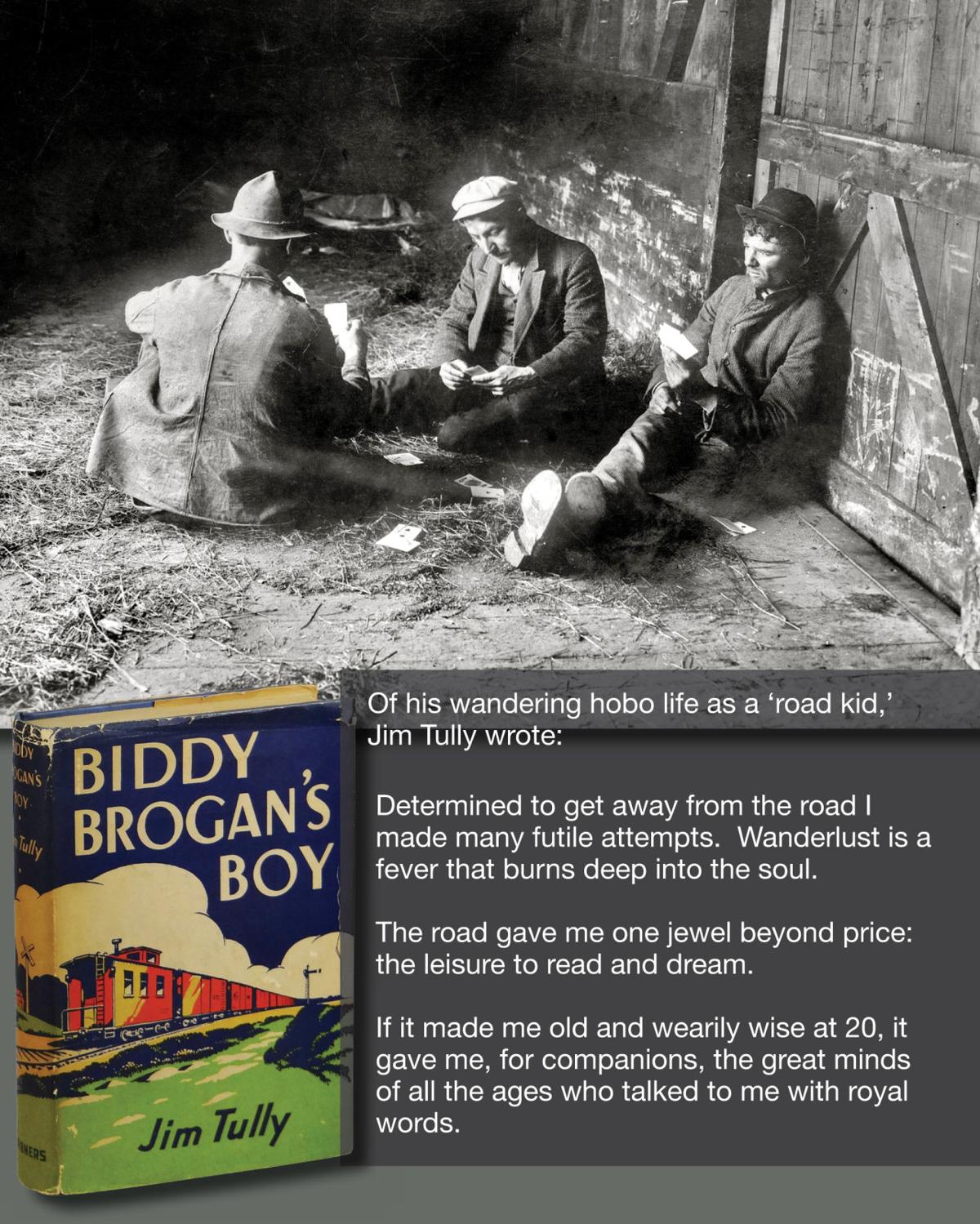 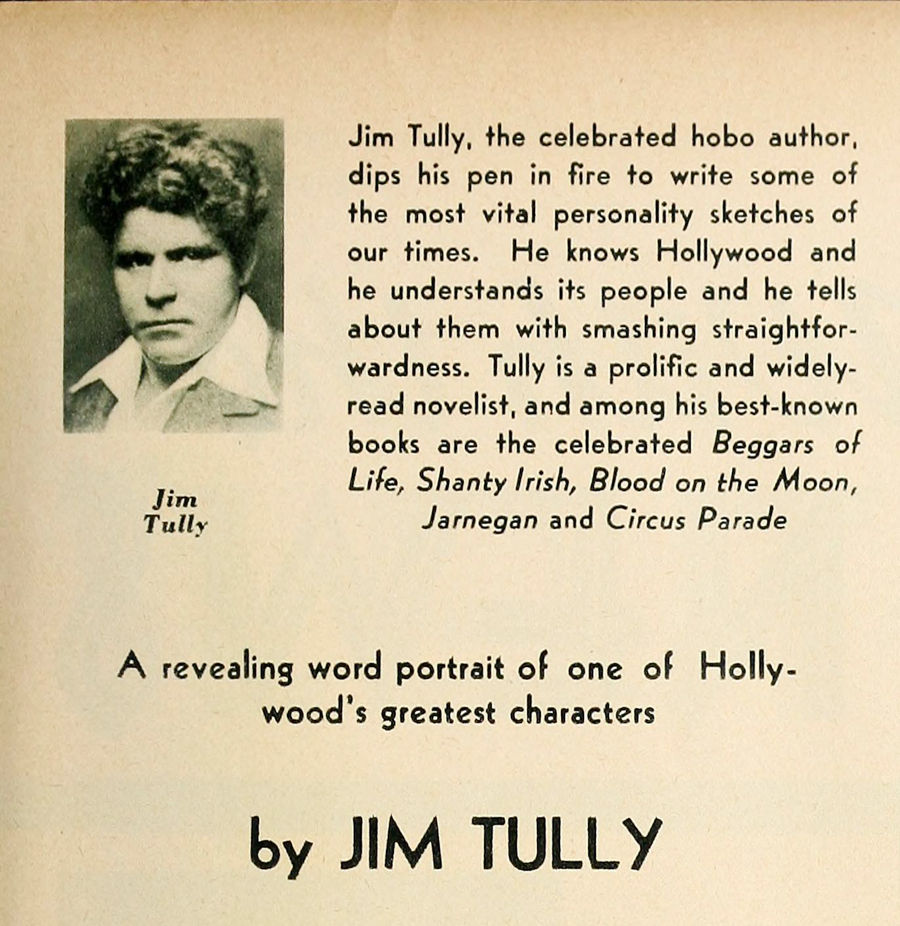 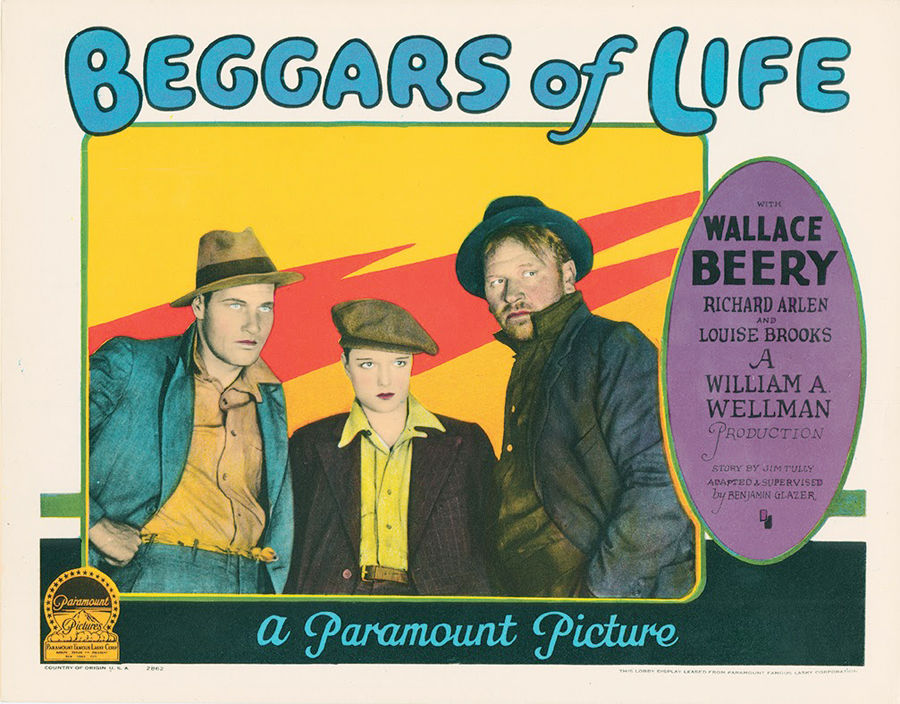 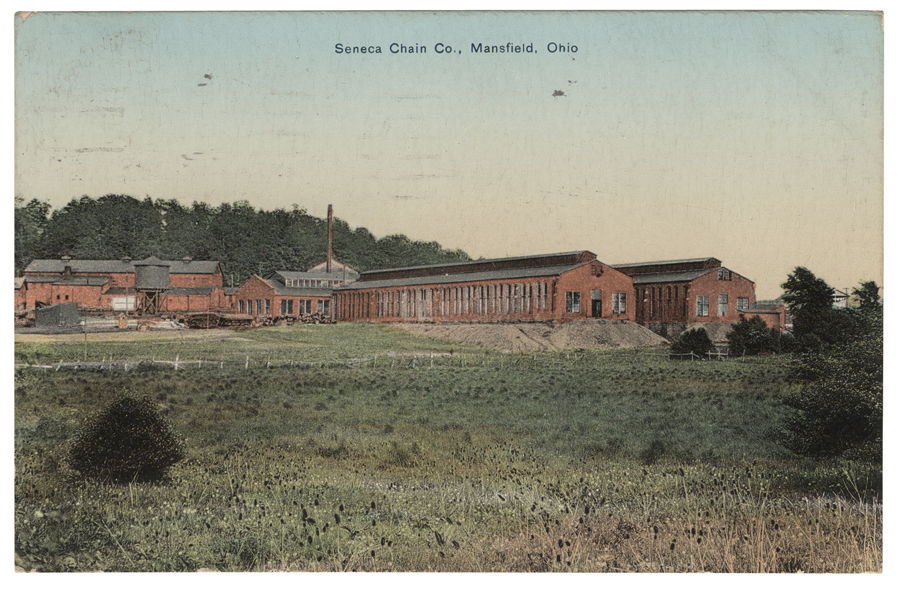 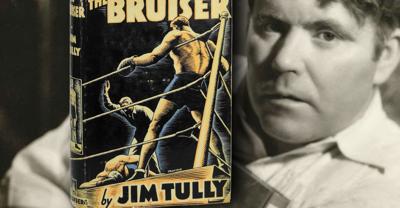 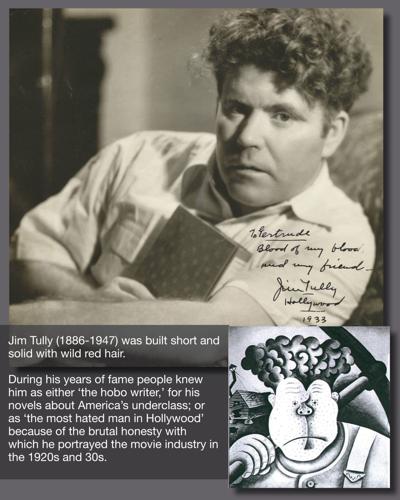 Tough talk and shady characters from the underclass of real life — bums, prostitutes, circus roadies, boxing ring losers — are a tradition in American literature made popular by famous authors like Dashiell Hammett and Raymond Chandler.

Raw, gritty and brutally honest: that’s what this is about — the unsentimental kind of writing that comes from the bottom of the bottle like scruffy, beat-up old men telling tales on the barroom stools about how they got their scars.

In English classes they have a name for this kind of writing — its called American Hard-Boiled Literature.

One of the very first American writers who turned his tough life into these scrappy novels was a kid named Jim Tully. In the 1920s his books were like a slap in the face. Then his stories were turned into movies and Tully transformed from a tough-luck factory kid into a Hollywood celebrity smoking gold-plated cigarettes.

Tully spent a couple years in Mansfield — off and on when he was a teenager — and decades later when he wrote to an editor for the News-Journal he talked about our town and the influence it had in the direction of his career.

At the end of his life, Jim Tully had 14 books and many of them sold very well. He wrote about people in America who are generally ignored by society, and gave voice to those who had no presence in literature. He also wrote screenplays and dialogue for films in the days before censorship.

In addition, he was very well known for writing about Hollywood stars in the columns of best-selling magazines. He was not afraid to tell the whole story, which made him very popular with readers — not so much with the stars.

The books that made him famous were all about his sketchy life before he got respectable. He grew up in St. Mary’s, Ohio; was orphaned at 6; imprisoned at an orphanage in Cincinnati till 12; loaned out to a farm till he couldn’t take it anymore, and then ran off cross-country with hobos and circuses at the age of 14.

His best works — the ones that have been reprinted — are autobiographical. Told convincingly in the first person, they sound like a tramp narrative spoken by the fire with a can of stew.

The first one, Beggars of Life, was made into a movie in 1928, and a stage play in New York. The third one is a heart-scorching portrait of his grandfather called Shanty Irish that became a runaway best seller.

Of his grandfather, who certainly bequeathed to Tully his Irish gift for storytelling, he wrote, “I spent hours with him at different bars. Still a child, I learned quickly to drink and to observe, and to remember. I developed early a capacity for remembering sorrow. It is possible that I have remembered too much.”

The Chains that Bind

At one point somewhere in his teens, Tully recognized that he needed to get out of the hobo routine and make something of himself. He earned some spare bucks rousting with a threadbare circus, and made a run at being a professional boxer, but those careers weren’t particularly settling.

So he tried to force some roots by taking a factory job in the sweaty ironworks of making chains. There were a number of chain factories in Ohio however, and the vocation of making chains turned out to be a very itinerate trade because the skilled brotherhood of iron men relocated continually from factory to factory, town to town.

That was how Tully ended up in Mansfield. He worked for the Seneca Chain Company at Wayne Street and Longview Avenue.

There were a lot of flophouses in the Flats where young Tully could have bunked when he was working in Mansfield, but he left no record of his addresses. There was one place he could be found with regularity however, whenever he was in town doing a stint at Seneca Chain: that was the brand new Carnegie Public Library on Third Street.

Tully was a self-taught writer. That happened because he read a lot. He was what men on the road called a “library bum.”

In later years a New York columnist marveled that Tully turned out a million words a year with only a grade-school education. Tully could have told him that his education never ended.

He was a great storyteller but he didn’t have much background in grammar. Before his editor got hold of Tully’s first manuscript it was “one paragraph of 100,000 words.”

A Bout with Destiny

Mansfield had a calming effect on Tully, and making $30 a week at Seneca Chain made him feel like he might actually belong here. If it hadn’t been for one signal event in his life he may well have stayed in Mansfield and missed his whole career as a writer.

It happened in the Flats somewhere, at an unidentified sporting venue. Tully got into the boxing ring with Henry Sperry one night, and things had been going so well for him lately that he felt invincible.

Looking back on it from 1942 in a letter to Harry Whaley, he said he ‘couldn’t lose.’ But when the opening bell sounded not a moment had passed before he was clobbered without even seeing it coming, and with one blow he was dropped to the canvas.

Scrambling to his knees Tully had a moment of panic and terror when he realized he couldn’t see. His vision was completely skewed like the wires had been crossed in his head.

It was his defining moment. Just the same as when someone’s life flashes before them at the moment of death, Tully saw all that he had been and all that he wanted to be.

“Mansfield was the turning point in my life — after I was able to see. I left for Hollywood soon after.”

Sadly for readers during the last decades of the 20th century, Tully was pretty much forgotten and his books could be found only in antiquarian bookstores.

Fortunately for us however, he is back in print — and you wouldn’t expect any less from a kid who was down and out many times in his life, but always scrambled back to his feet with a renewed and clearer vision.

There is more information about Jim Tully on the photos and graphics accompanying this article.  To see them in a gallery just click on any image.

Recent renewed interest in the life and works of Jim Tully have brought about new biographical resources:

Road Kid to Writer: The Tracks of Jim Tully by StoryWorks.TV