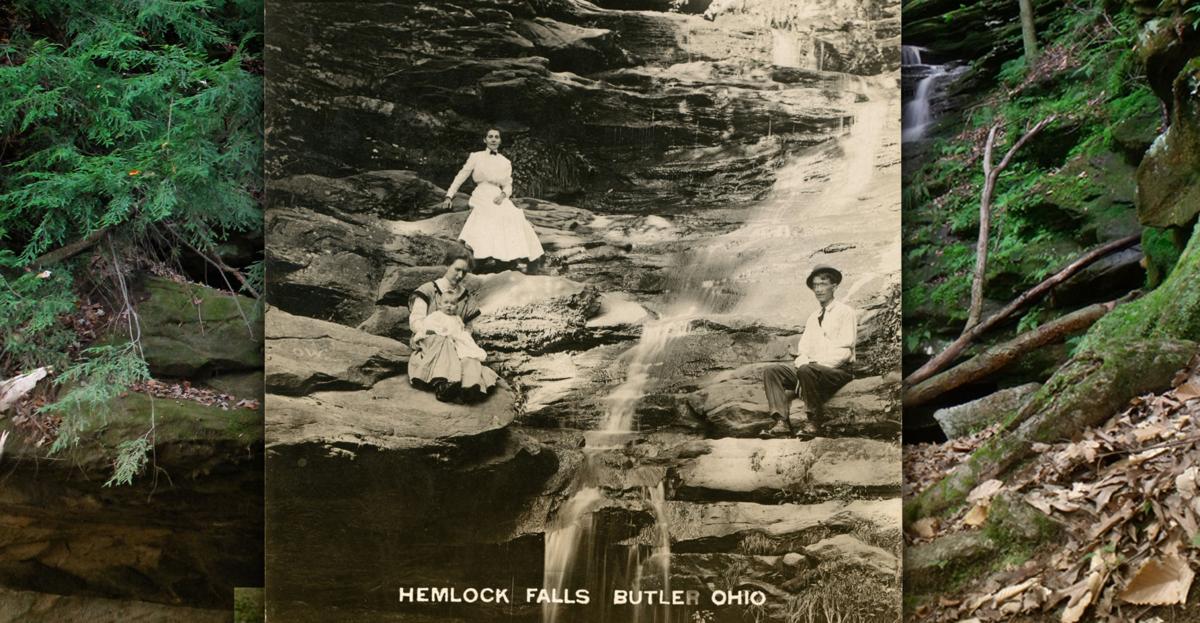 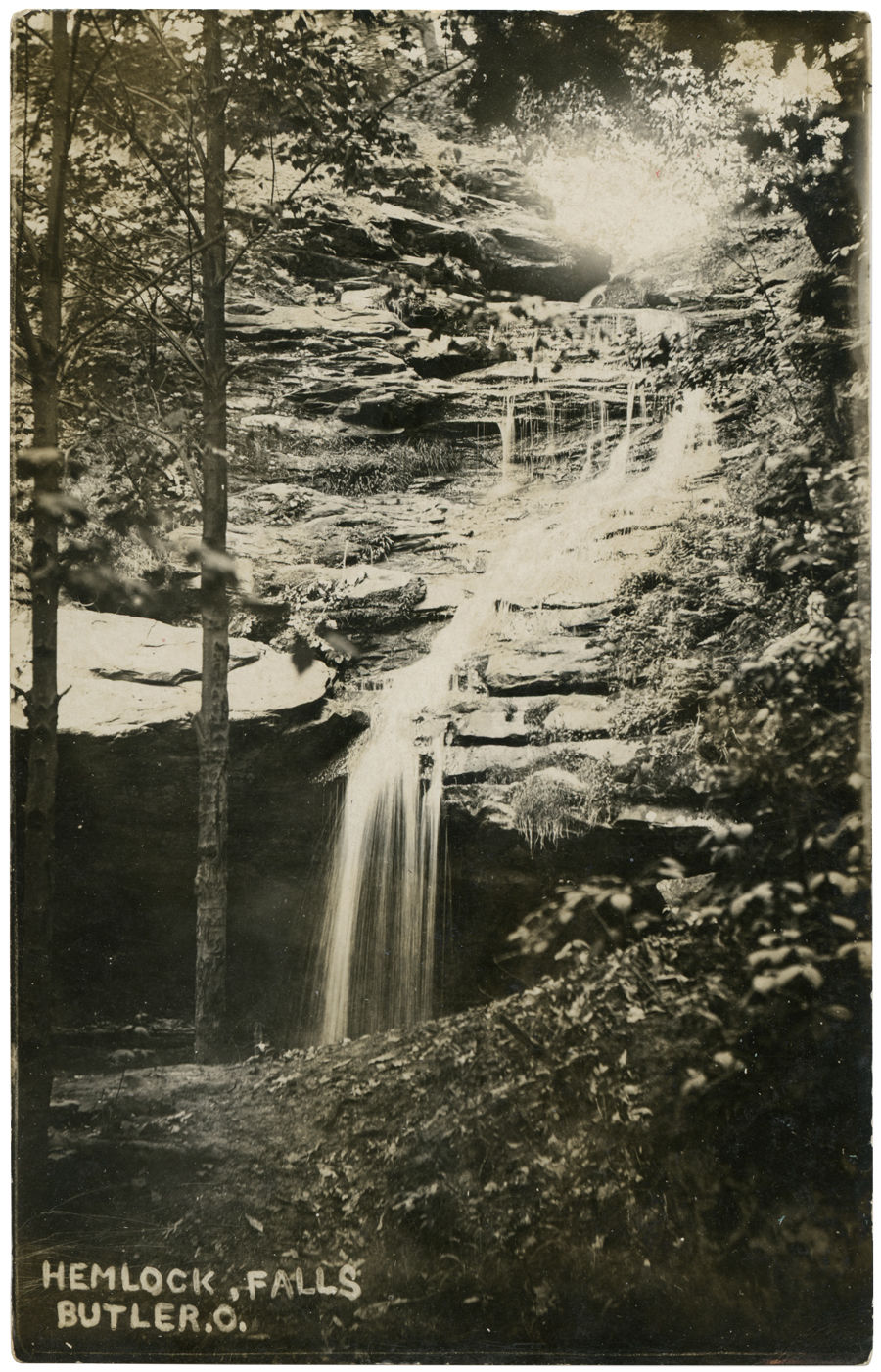 This postcard from 1908 indicates that Hemlock Falls is located at Butler.  Other cards from the same time show the Falls with a Newville address, or even Mansfield. 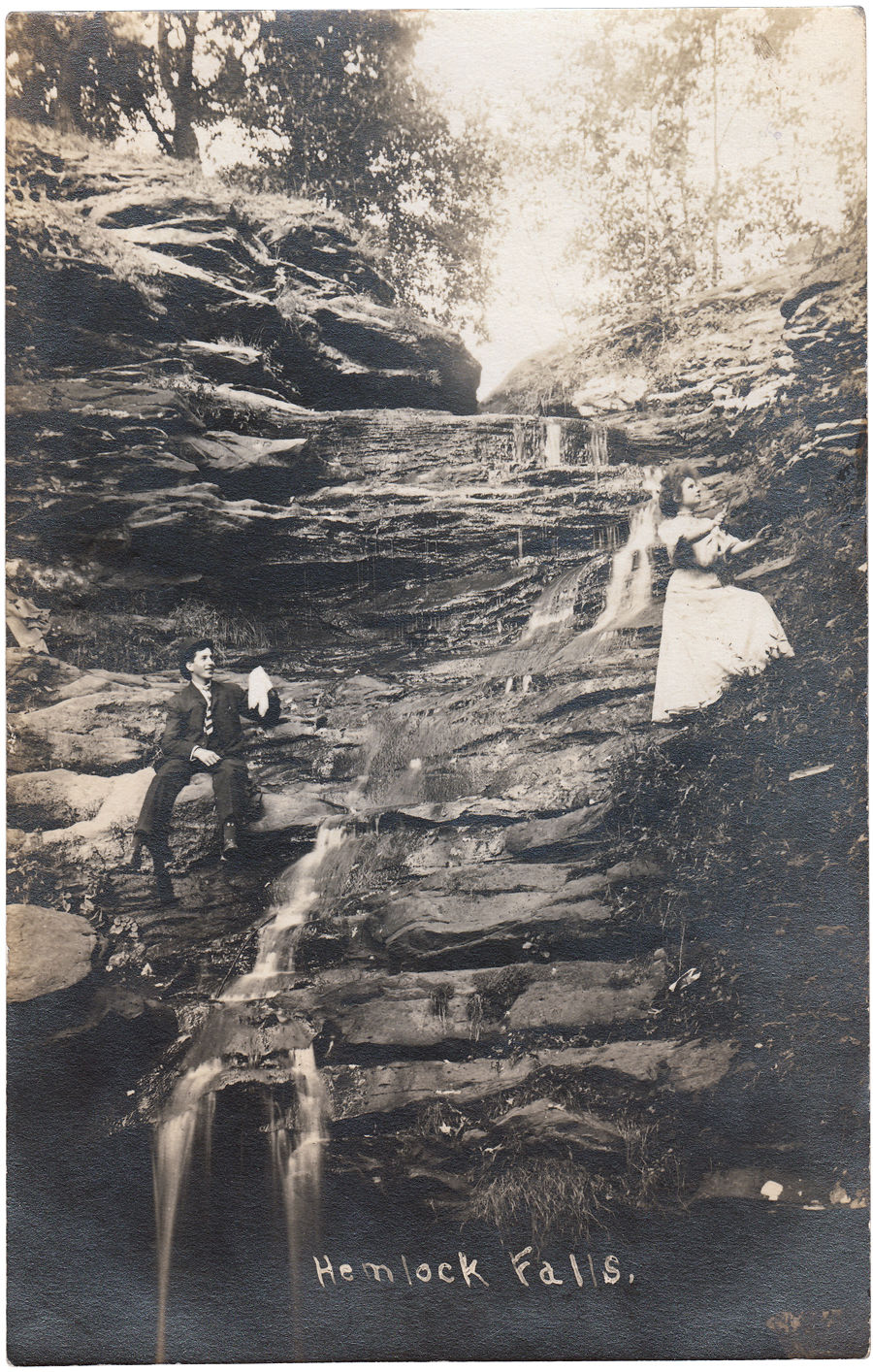 It was not uncommon in 1915 to pose for photos at Hemlock Falls...even on top of the rocks. 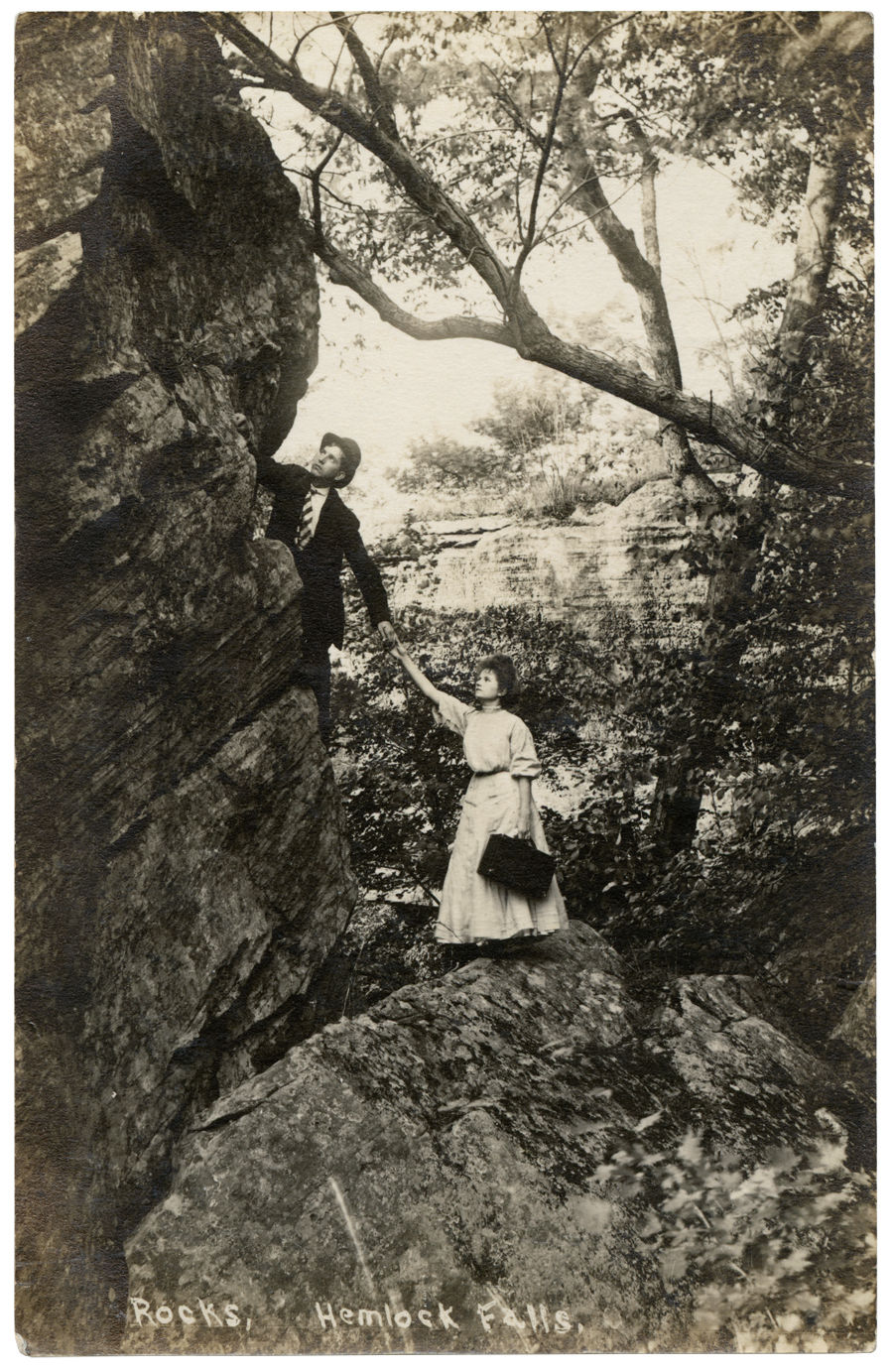 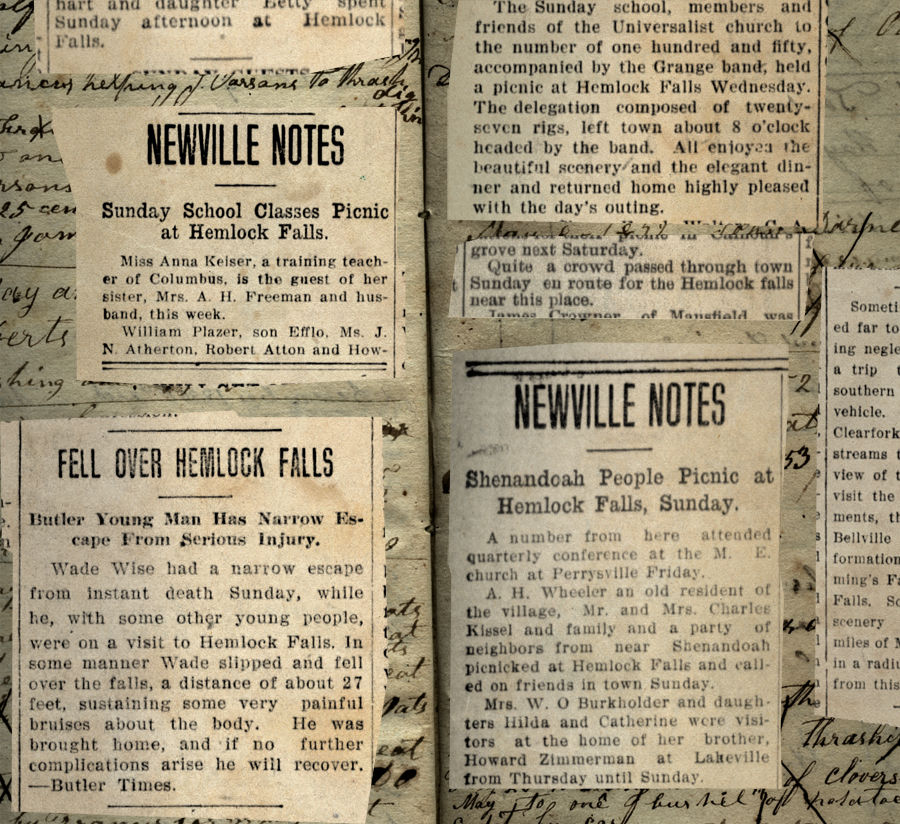 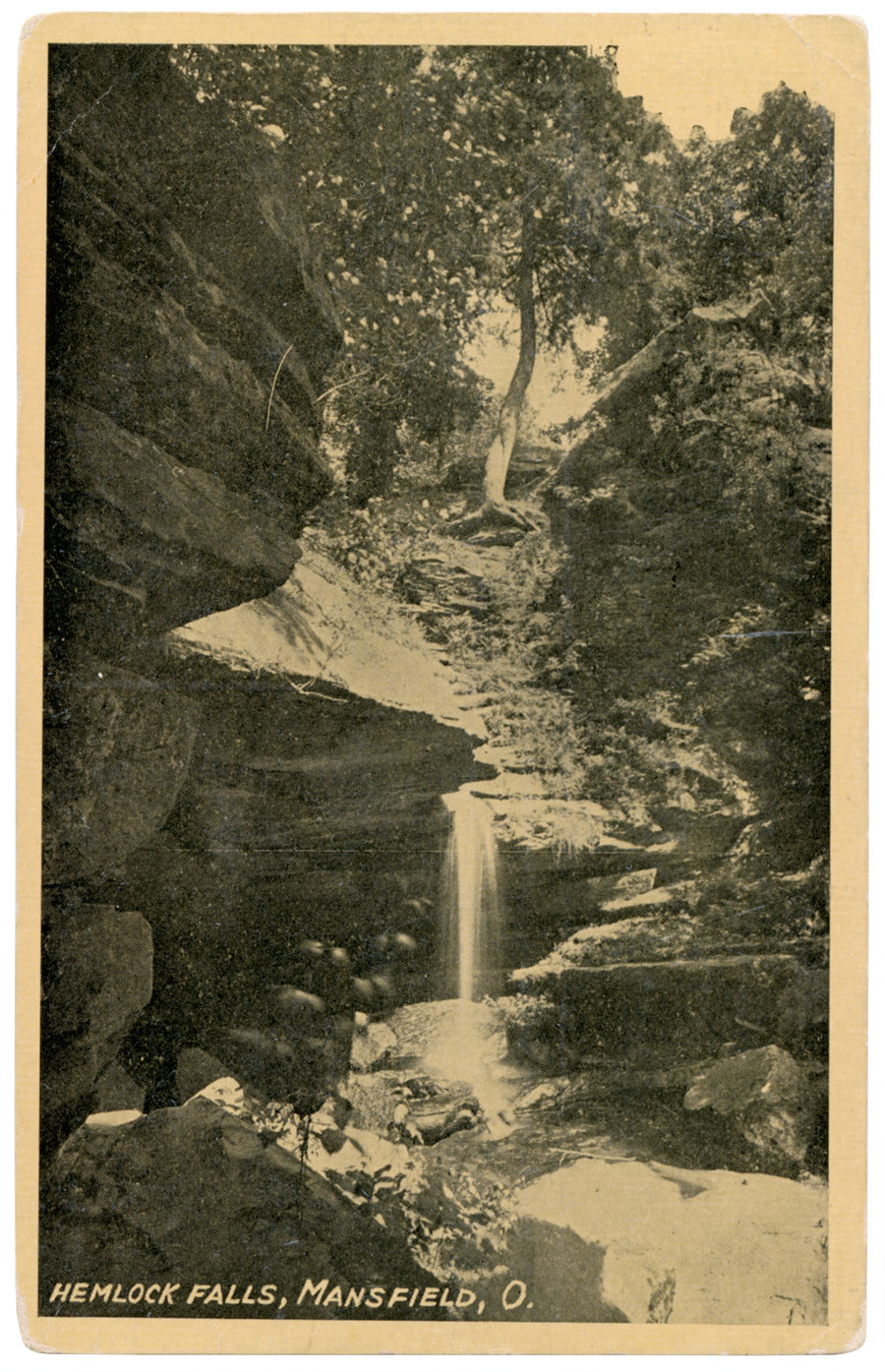 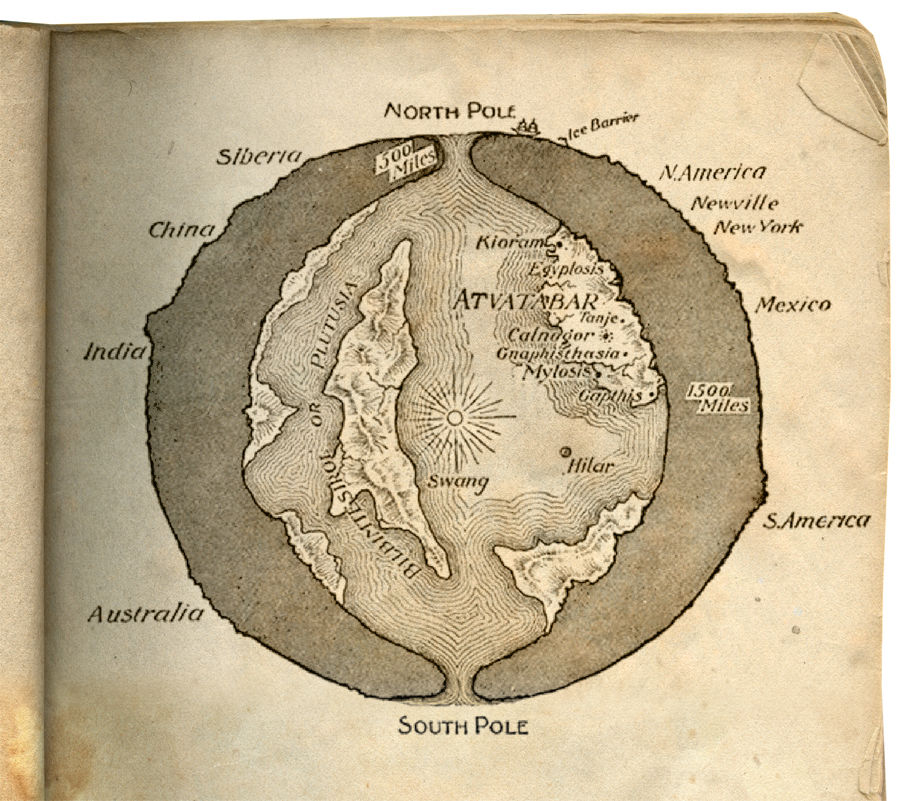 Ever since Jules Verne wrote his Journey to the Center of the Earth in 1864, and even before that, there have been many people who believe that the planet we live on is hollow; and that it is inhabited by some sort of beings.  This map from the 1800s is one of many hypothesized layouts of the inner world. 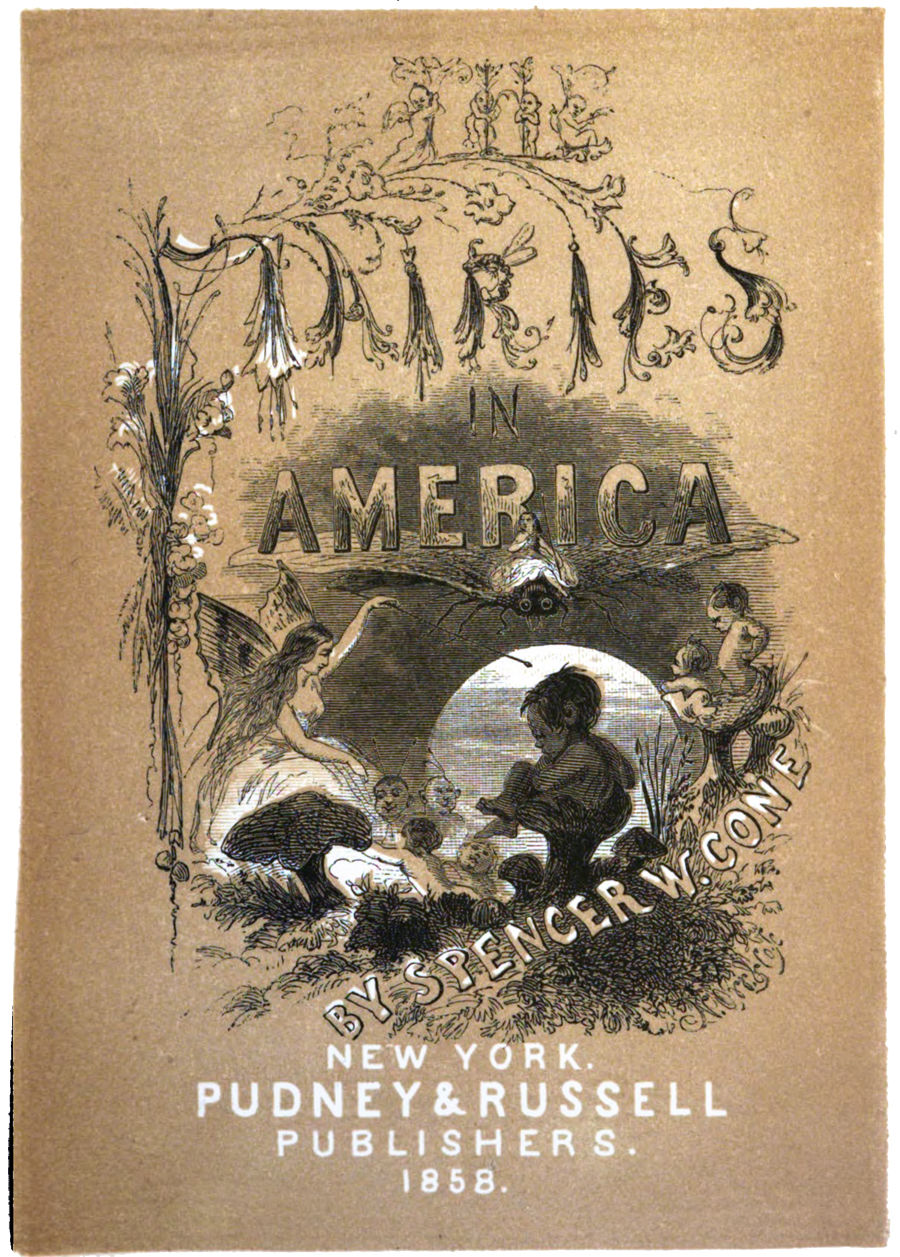 The principle era of tourism at Hemlock Falls corresponded with the rise of Fairy literature in US culture.  The Fairies in America didn't list Hemlock specifically as an epicenter of Earth energies, but apparently it should have. 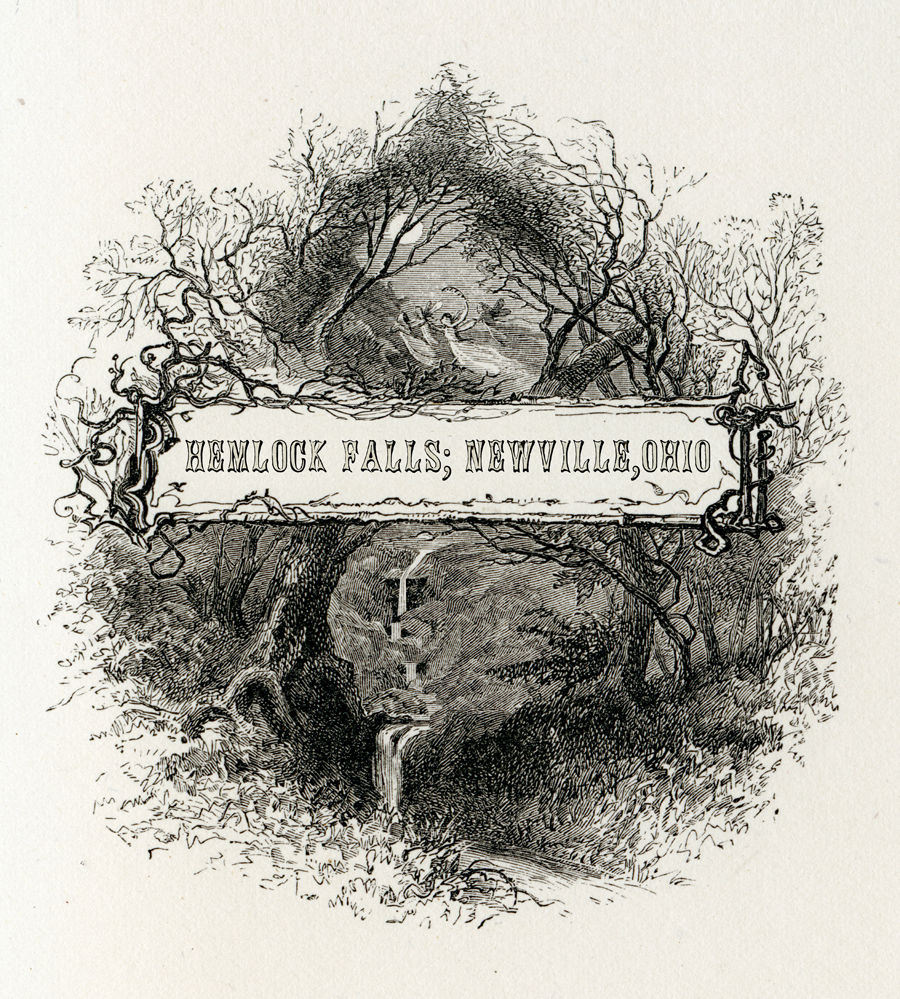 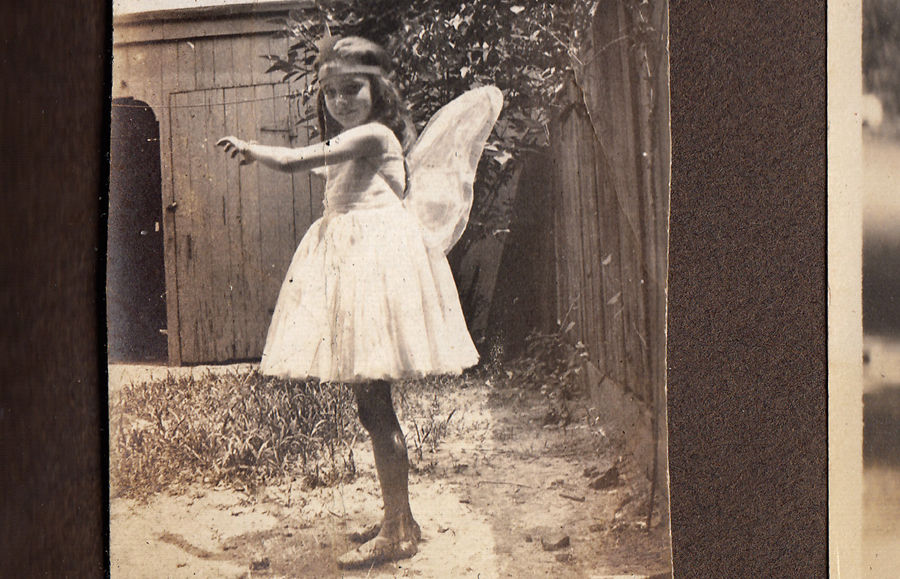 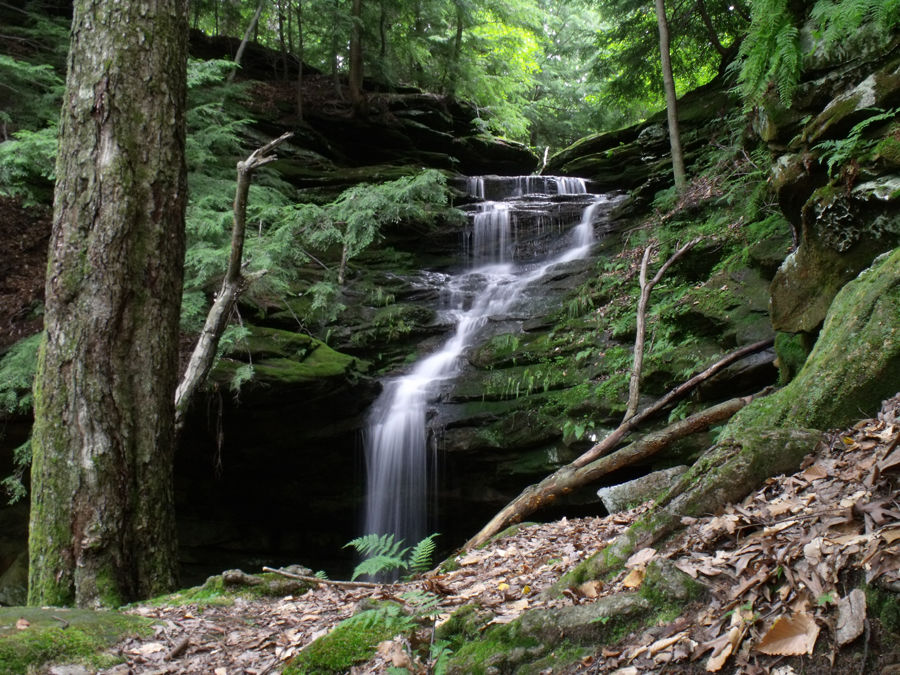 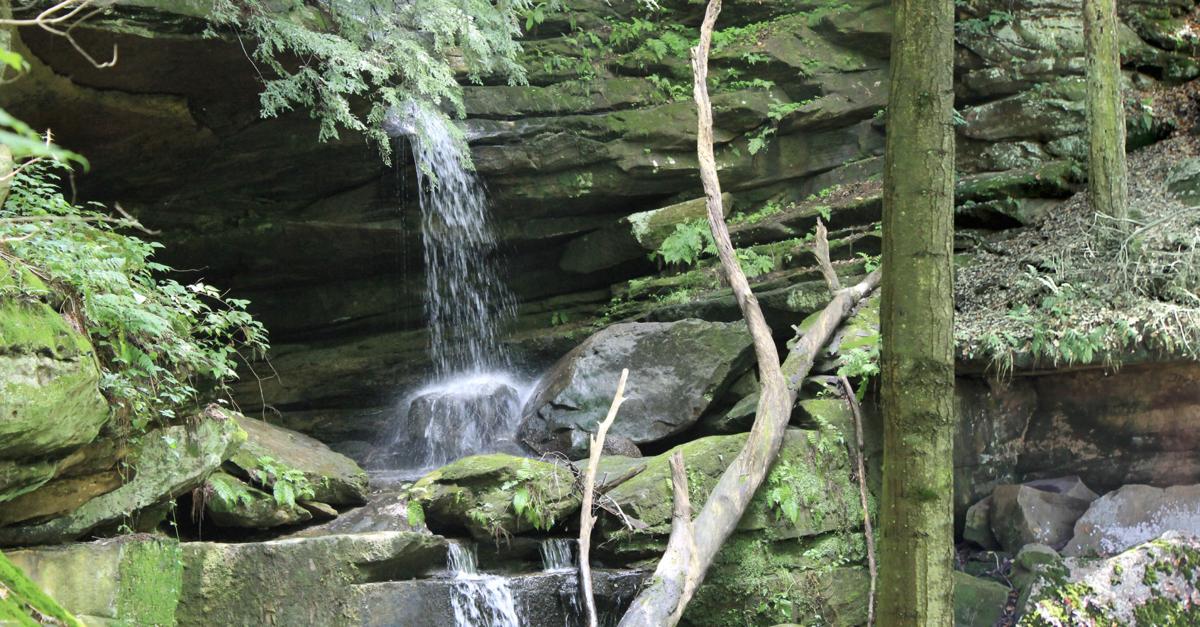 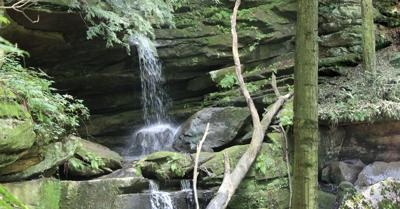 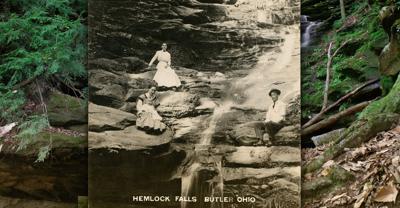 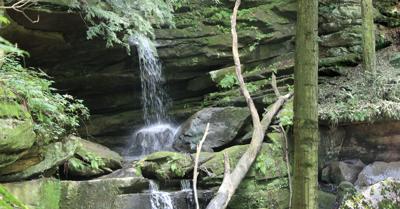 There is a primal natural beauty to Hemlock Falls that is completely transporting. Being at the falls is like being in another world, or at least, leaving this world for a while.

The history of Hemlock Falls is not too difficult to document: it's on the books clear back to the first pages of Richland County.

There are other elements to its story however, that are not so easily researched and categorized.

Hemlock Falls has a rarified aura to its being that defies easy explanation. Accordingly, this won’t be an easy read. At least, it’s not an ordinary read, because it walks off the beaten path and outside the bounds of common historical assumptions.

But it has always fascinated me, so I’m willing to lead the hike.

I have heard two different stories about Hemlock Falls that are both a little odd; and if I had heard either one of them by itself and never heard the other, I would not have thought much about it again.

But when I heard the second story it immediately brought to mind the first one. It made me wonder.

Both of these occurrences came from entirely different sources, totally unconnected to each other.

They each individually seemed crazy, yet they were, in an odd and poetic way, corroborating each other’s testimony.

The first story came from an old Hippie.

It was long past the 1960s when we had this conversation, but it was clear from his words, from his train of thoughts, from his focus and affect, that he had not missed any of the Hippie era.

He had certainly never passed up any opportunities to ingest Hippie mind-altering substances.

I don’t believe he was stoned when we had this conversation, but it's possible that he never stopped being stoned from the 1960s.

Most of his stream of consciousness just flowed past me, and I was happy to let it rush on down the creek bed unimpeded, until he happened to mention Hemlock Falls. Then I started asking questions.

In the 1960s and 70s, Hemlock Falls was owned by Commodore Johnson; and access to the area was granted solely by how acceptable he and his wife deemed potential visitors. Oddly, even though the old couple were straight-laced, law-abiding and church-going folks, they seemed to adore the rebel Hippie kids.

The Falls became a regular haunt of pot-smoking flower children, and my Hippie comrade became good friends with the Johnsons.

It was in their house where he saw the scrapbook.

The Johnsons had a scrapbook that had been handed down to them with the property deed—a compendium of all the articles, notices, and accounts clipped whenever Hemlock Falls appeared in the papers.

There were all the headline-making incident reports of runaway horses and careening wagons, of potluck ladies with broken ankles; and also the bold type news of boys who died there: because in 1887, 1930, and 1972, young men went over the Falls who didn’t survive the landing.

Aside from these front page reports, the scrapbook contained all the society page clippings.

The old ledger was stuffed, because Hemlock was a trendy destination in the decades of 1870-1930; and its tourist heyday corresponded with an era of endless newspaper reportage: when every family excursion, church picnic, Garden Club field trip, out-of-town visitor, and Sunday ramble was recounted in the columns of the paper.

My friend the Hippie had read carefully through the pages of this scrapbook and it made a powerful impression on him.

He told me that Hemlock Falls had been a very popular place at one time, which I already knew; that it had a beautiful resort hotel that drew thousands of people, which I had never heard of.

He went on to say that there was a special railroad depot built at Hemlock just to handle all the tourist traffic. At this point in his narrative I was pretty certain the cog of his mind had slipped a gear because I knew the nearest railroad track was at least three miles from the Falls.

But he was earnest, and he could see I was interested, so he went on.

The Hippie dude described to me what it was that had made Hemlock Falls such a rare attraction among natural parks: he said people came from all over the world to explore the caves. He said there were hidden cave entrances all over the Falls basin area, and there were openings in the cliffs that gave access to underground tunnels.

I had been over every foot of those ridges and cliffs myself, and had never seen anything like he described, so I asked for details.

He told me how he had located these caves on different occasions, but they weren’t visible all the time.

By this point in the conversation I had pretty much dismissed his facts as fantasies. Yet there was something about it that was quite intriguing: many cultures around the world have stories in their mythologies that involve mysterious hills or mounds or mountains, where secret doors are revealed. These doorways can be seen only on special occasions, and only by chosen characters.

The fact that this story motif shows up in so many diverse societies around the globe indicates that it is an archetypal human concept that is hard-wired into our DNA.

Whatever it means, it was fascinating to think my Hippie friend had somehow accessed this storybook plot from collective subconscious; and he was able to believe it into his own experience.

I asked him if he thought the Earth was hollow, and he responded, “What! Are you crazy?”

According to scientists, we are all attracted to waterfalls because of negative ions, created by water tumbling to change the electric charge of the atmosphere.  Positive ions, most often present in an atmosphere that doesn’t move, makes people cranky.  Surrounded by negative ions, however, created by breezes and falling water, people feel more vibrant and clear-headed.

About 10 years ago, a woman I know had the opportunity to host a well-known psychic at her home for some kind of event. He arrived early, so they went sight-seeing; and to show off the beauties of Richland County she took him to see the Clear Fork Gorge, the forest of Mohican, and Hemlock Falls.

The psychic was politely impressed with the Gorge; and suitably awed by the old Mohican trees; but when they got to Hemlock Falls, his carefully polite demeanor blew off and he got really excited.

The psychic proclaimed, in no uncertain terms, that Hemlock Falls was a powerhouse of Earth energies. It is, he said, “a portal for Earth spirits and elementals.” Not just an ordinary portal either, but “a sort of Grand Central Station where etheric beings come and go from this world to other worlds.”

When I heard this, I couldn’t help but recall my wild-haired Hippie friend, whose memory populated Hemlock with crowds of travelers and a busy terminal.

How it was explained to me in New Age terms

Every pulse of energy can be interpreted in some sort of form.

There are energies that express in forms that the eye cannot see: like electricity. You can’t see it but, nonetheless, it has a tangible way to become embodied on the planet.

The same is true of other Earth energies. They are not visible to common sight, but they have a form and a way of incorporating that coalesces as a sort of coherent body.

There are Earth energies we take for granted, that have no visible semblance, yet the tangible evidence of their existence is beyond question. For example, there is a mysterious force that makes flowers open and spread their petals. For centuries scientists had no clear sense of what that force was, yet it undeniably existed.

So, people who are sensitive to extra-sensory energies on our plane of existence are able to see this energy in an embodied form.

The best word they have for this form is ‘fairy;’ just the same as those folks who interpret healing energies as ‘angels.’

Both fairies and angels are depicted as winged beings because they are not subject to the common forces of gravity that keep us plodding in the dense world. They exist in a higher plane: an ethereal frequency like those radio waves above the upper end of your dial.

As soon as there were Fairies in the story I had to burst out laughing. That is one element of this research for which I actually have hard evidence and documentation.

I have in my possession an old photo album that documents the travels of a group of friends who visited Hemlock Falls in 1913. Centered in the snapshots of folks posing, laughing, clowning at the Falls, is one particular picture that would seem to bring all these fantastic airy-fairy speculations right down to earth.

It is an actual photo of what must be a Hemlock Falls fairy.

Without question, being at Hemlock Falls is an enchanting experience. In whatever way that experience happens to be felt and interpreted—whether scientifically as negative ions; or metaphorically as invisible centers of converging forces; or magically as the realm of fairy folk; is solely up to individual sensibilities. The place definitely has the vibe.