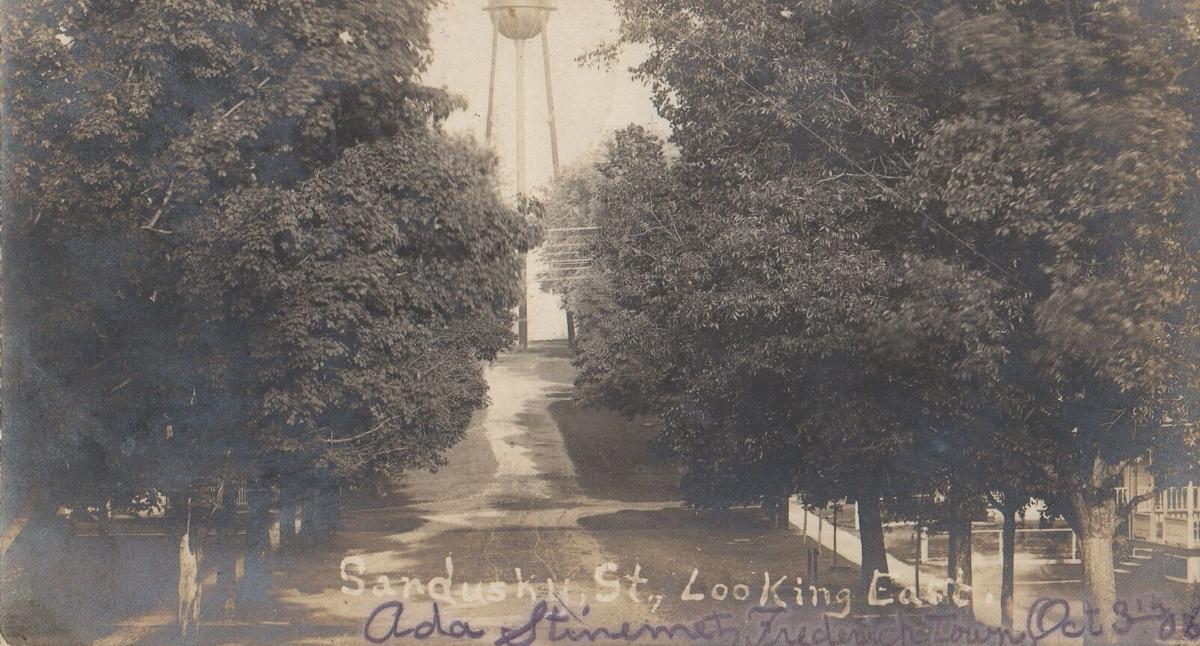 This real photo postcard from 1906 preserves the view looking east on Sandusky Street in Fredericktown, toward the square, which is where the water tower stood. 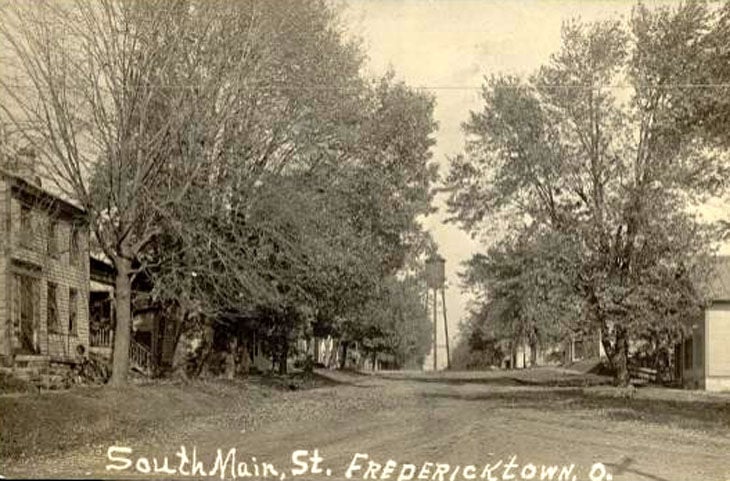 This image from around the same time looks up South Main Street toward the square, also showing the location of the water tower. 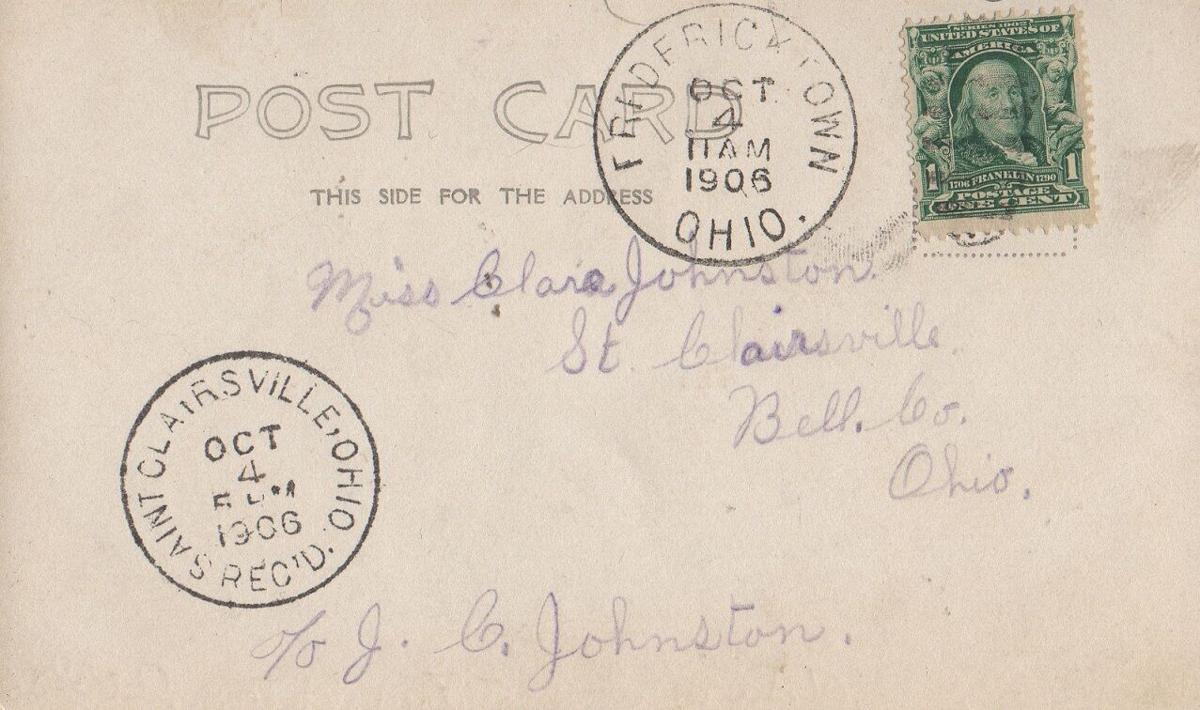 The names of the addressees in St. Clairsville did not return solid hits when researched. The card was mailed with a 1-cent Benjamin Franklin stamp.

FREDERICKTOWN -- I pick up postcards (whenever I can find them at an affordable price) that give us glimpses of Knox County history.

On some occasions, addition information on the card can be mined to tell us more about the scene or the person who sent the card.

And, sometimes, the search is a dead end.

This particular real photo postcard was taken in Fredericktown in 1906, on Sandusky Street, looking east at the town water tower. It is a little disconcerting from a modern point of view, because there is no place on Sandusky Avenue today where a water tower should appear to stand in the middle of the road.

But cross-referencing another period photo showing the view up South Main Street also shows the water tower straddling the road. The reason for this is that both photographs were looking toward the town square. In those days, it was preserved as a village square, the same kind of structure that survives today in Mount Vernon, forcing traffic to circle around it. Such squares are remnants of the town's early agricultural days, when residents preserved a green for their animals to graze, protected from predators.

Fredericktown did not preserve its square, later cutting through the middle of the square for the intersection of Main and Sandusky streets.

When it was still a square, this water tower stood in the center, on the high point once occupied in prehistoric times by an Indian mound, part of the earthworks flattened by the early settlers of the village. Today you'd hardly know anything else had been there but the intersection.

An Ada Steinmetz apparently sent the card. At least, her name is written on the bottom of the picture. The back of the card is addressed to “Miss Clara Johnston” of St. Clairsville, in Belmont County. It is addressed c/o J C Johnston, who could possibly be Clara's father. It may have been a card sent between friends, relatives, or acquaintances.

Unfortunately, both these names are fairly generic by genealogy standards. There were a ton of Steinmetzes in Knox County, many named Ada, Ida, or Addie. The only one I could find living in Fredericktown was only 8 or 9 years old when this was sent.

But just because that name is on the card does not necessarily mean that she was the sender, nor even if she was, that she was a resident of the town. For all we know, Ada and Clara could be two travelers who crossed paths in Fredericktown and memorialized their meeting with a quick postal salute, the way one might “friend” a new acquaintance today on social media.

And it was quick. There is a Fredericktown postmark of 11 a.m., Oct. 4, 1906. By 5 p.m., the card was in St. Clairsville, where it was also stamped. It presumably got there so quickly by train. Our current postal system no longer operates like that.

In the end, the names on this postcard prove untraceable, and we are left simply with a photo of the center of Fredericktown in a different time, with a very different appearance, including the narrow dirt road which is today a wider paved street.

It's still a fun slice of history.