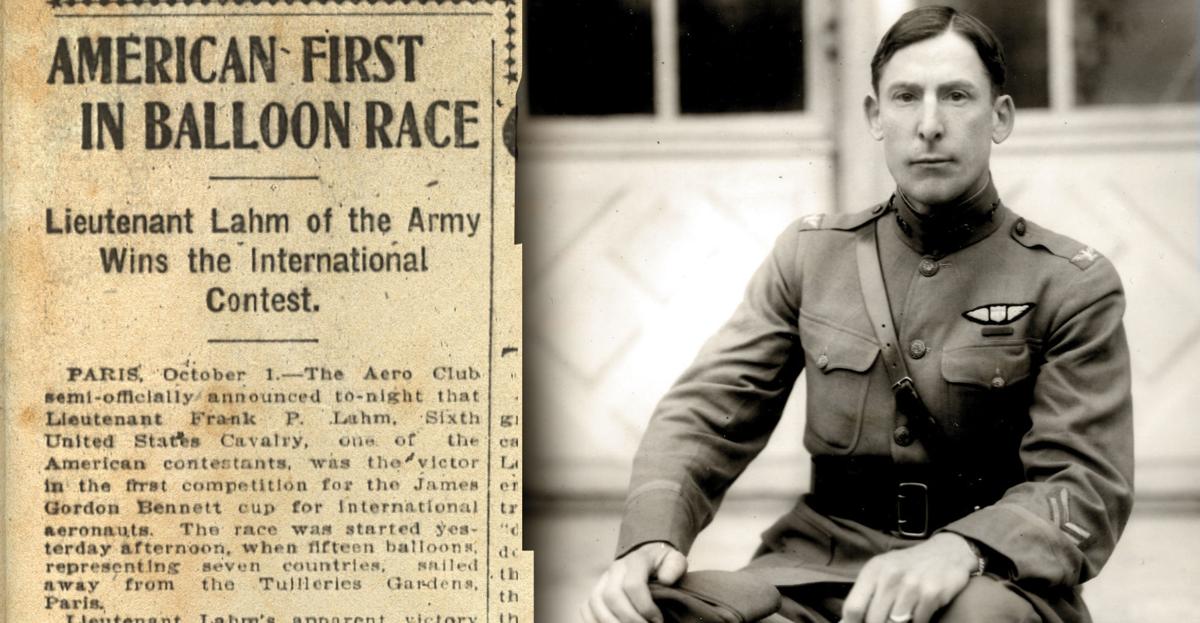 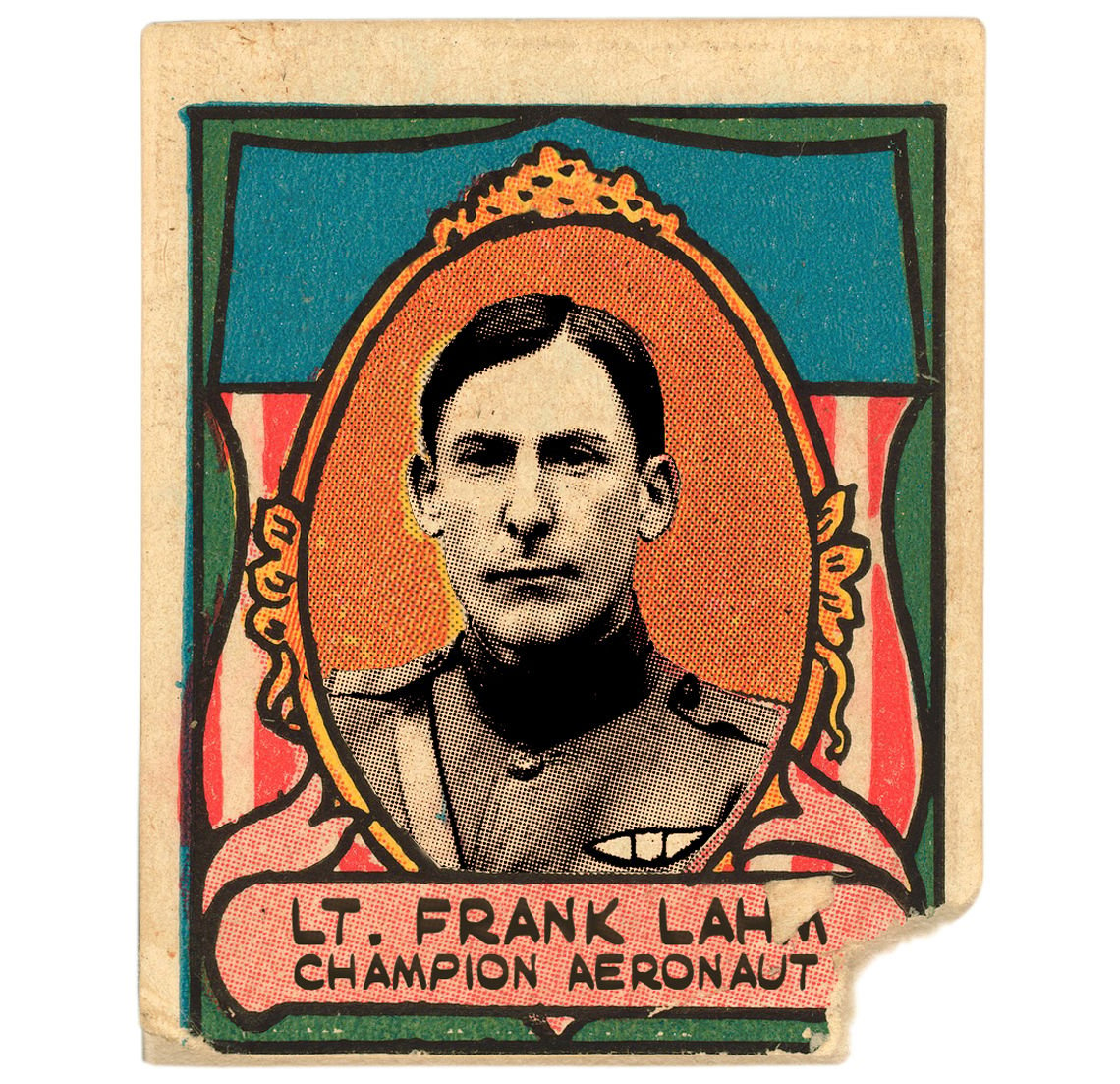 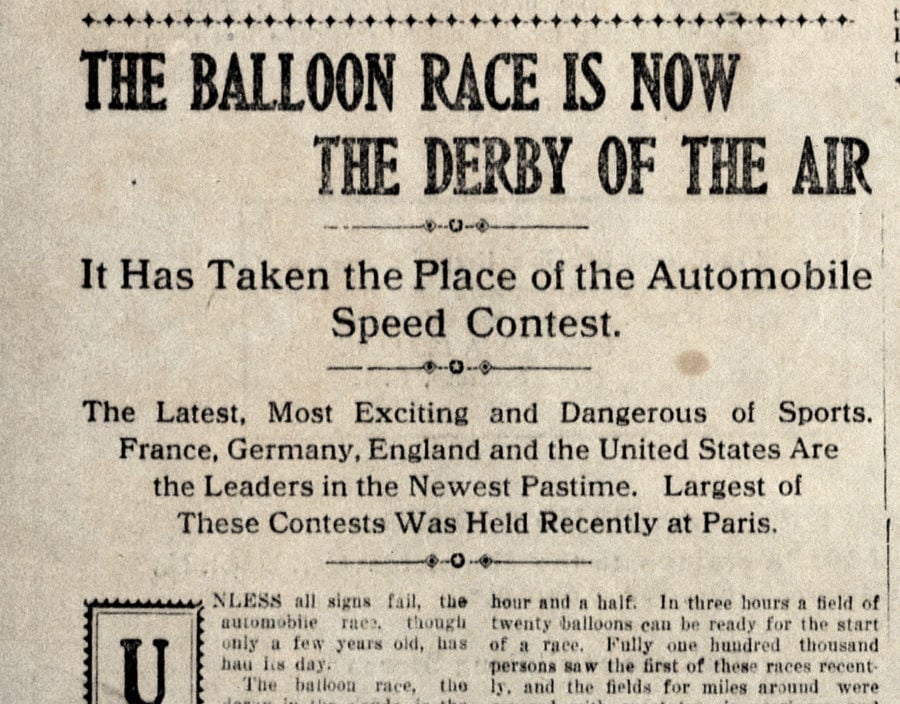 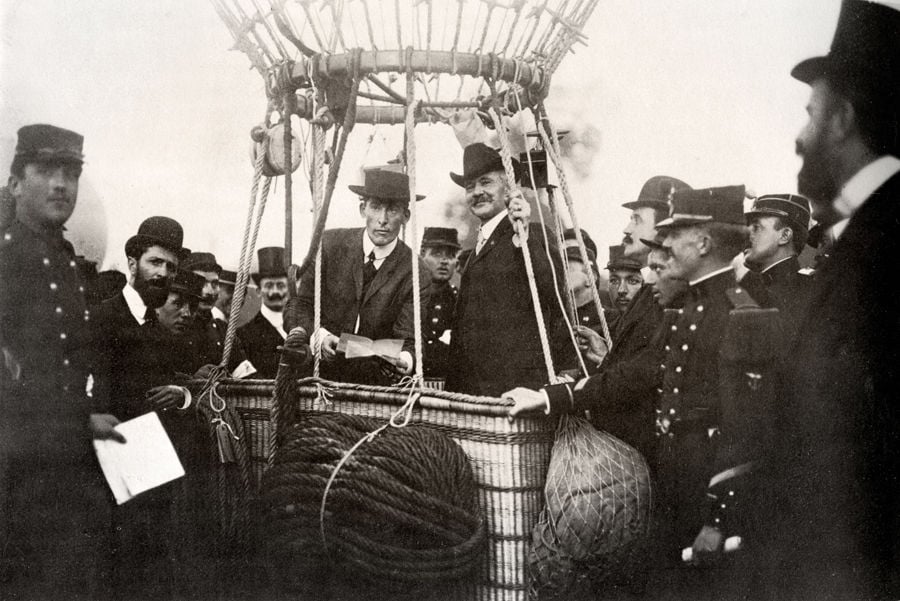 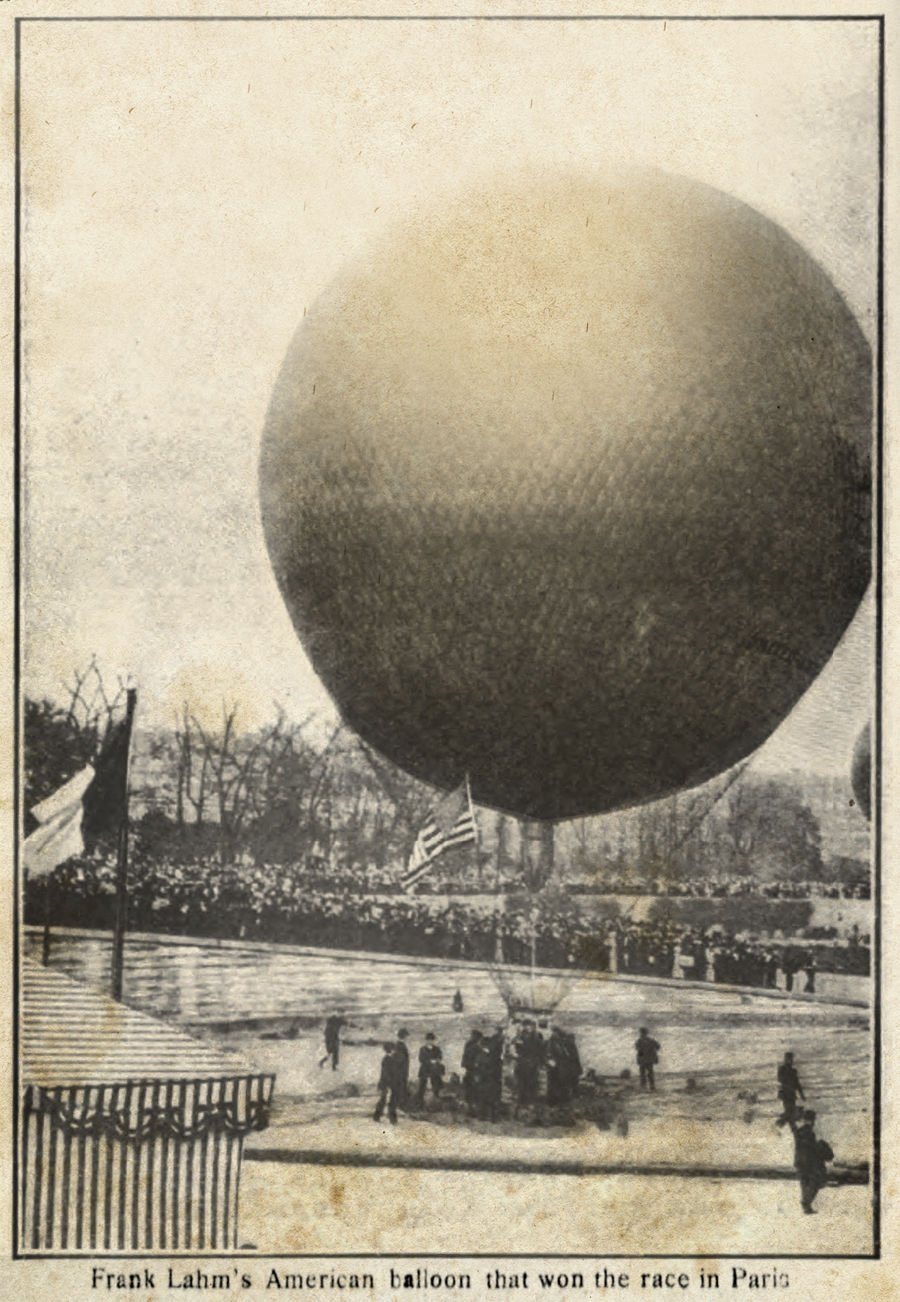 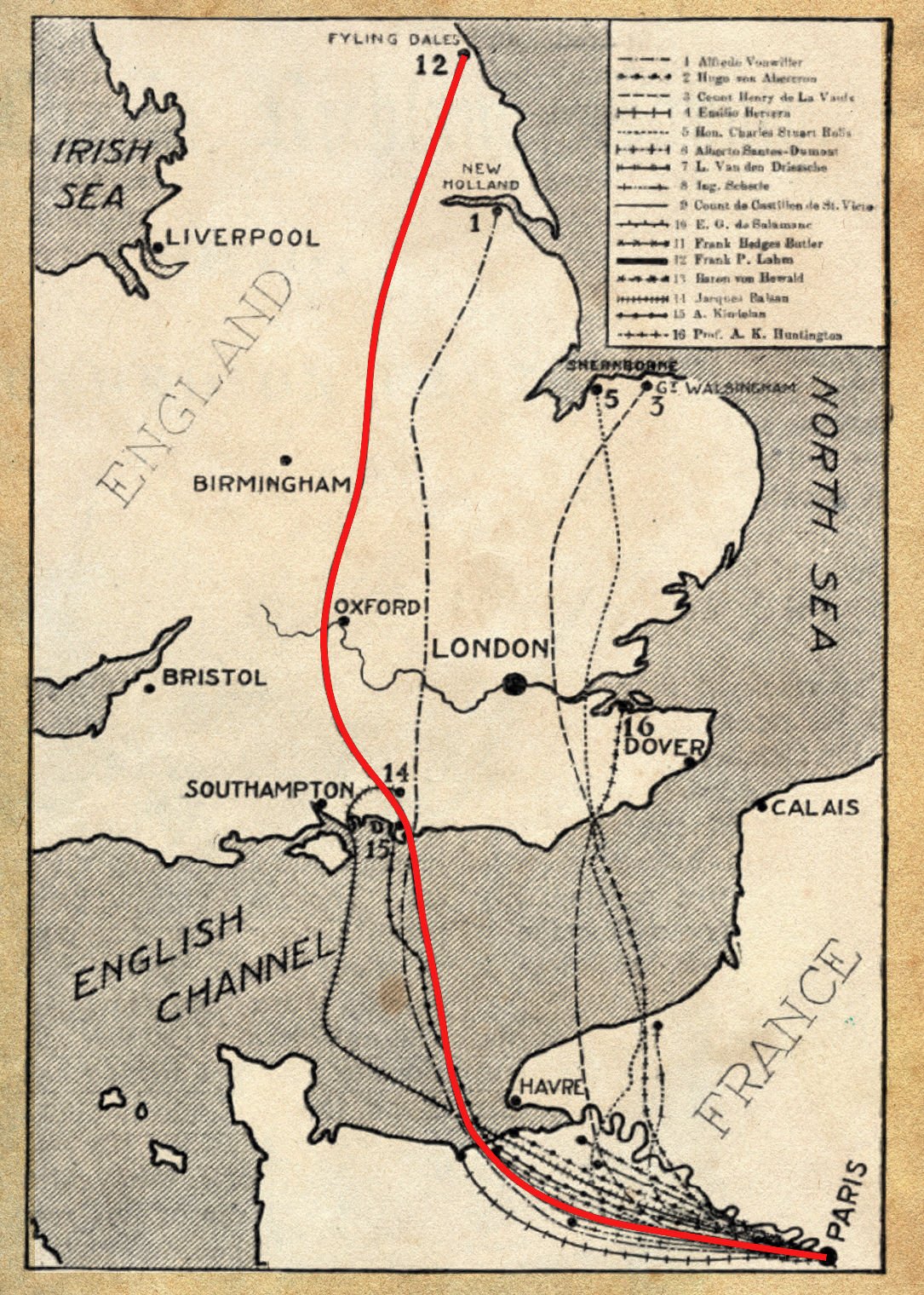 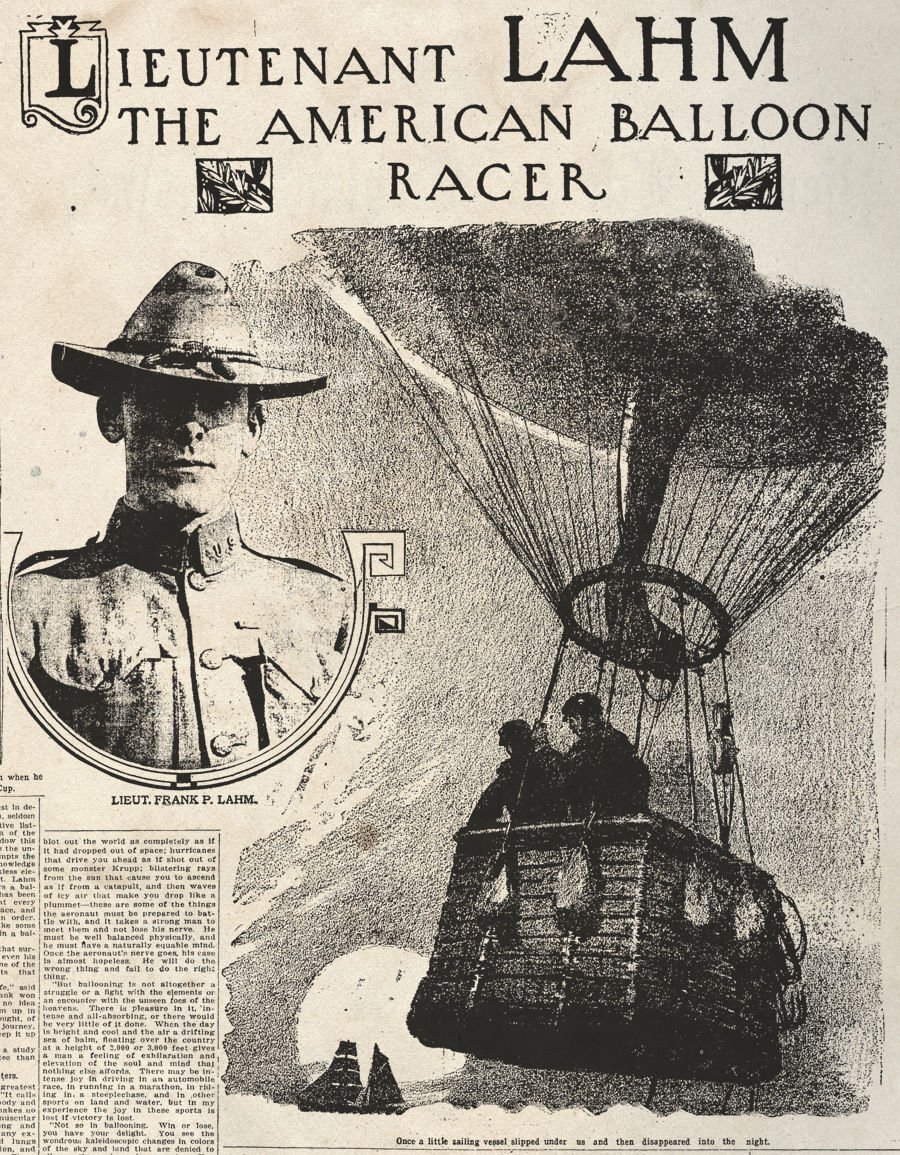 When you wonder about how the Mansfield airport got its name, it is not too difficult to find a resumé of General Lahm, and understand why the world of aviation would want to honor him by naming an Air National Guard base and civic regional airport in his name.

The bullet points of his life are an impressive and distinguished array of undertakings and accomplishments. His works were, in fact, the genesis of the entire air and space element of U.S. military history.

It would be impossible to overstate the importance of Frank Lahm’s influence in creating the aerospace resources we have today.

He established the first flight training school in the U.S.; but before that he was responsible for establishing the first air force the Army ever had, for fighting in World War I.

And even before that it was he who talked the President and high military brass into investing in airplanes in the first place.

It is common knowledge that Lahm had the second airplane pilot’s license issued in the U.S., and at the end of his life Orville Wright wanted to make sure the record showed that it was Frank Lahm who made it possible for the Wright’s planes to take off into the pages of military history.

Here was a man who changed the world and measurably advanced the limits of what is possible. This short newsreel from 1941 captures the moment of his retirement in 1941, when 270 planes flew in a 30-mile long procession overhead to honor him.

The sum total of the man and his place in history is daunting. And because it is so easy to be blinded by the brilliance of his landmarks in U.S. aviation, what is usually overlooked in telling his story is the one critical moment of his life upon which all the rest depended.

There was one day in Frank Lahm’s life that made it possible for all doors to open to him.

The day was Sept. 30, 1906. That was the day Frank Lahm became an American sports hero superstar.

In the first years of the 20th century, America was crazy about two brand new kinds of extreme sports heroes: those who raced around in automobiles; and those who raced through the sky in hot air balloons.

Schoolkids could tell you their names, and racers on the ground or racers in the air were all anybody wanted to read about.

Newspapers and magazines at the time called the long-distance balloon race, “Probably the greatest sporting event the world has ever known — certainly the greatest the modern world has known.”

For some time there had been plenty of balloon races all over the world, but these races were not particularly organized or standardized competitions. So in 1906 Gordon Bennett of the New York Herald put together the first coordinated international contest.

Different nations from around the globe sent their best aeronauts to France for the competition, and the U.S. Aero Club was counting on Frank Lahm’s father to represent our country in the race.

Lieutenant Frank Lahm of Mansfield — the son — was not originally supposed to be involved in the event. As the date drew closer however, it became apparent that his father was not going to be able to fly. So, young Frank valiantly stepped up to take a rapid series of lessons from his father.

He barely qualified in time for the race. And then his flying partner dropped out at the last minute, so he had to fly with a stranger.

At race time no one knew much about Frank Lahm, and there wasn’t anybody taking him very seriously as a challenger for the cup, even though he was the sole representative of the U.S.

More than 200,000 people showed up in Paris to watch the start of the race, and nearly every newspaper in the U.S. had headlines about it before, during or after the event.

They call it a race but it really has nothing to do with speed, as we might assume from the way we use the word today. It was, rather, a competition to see how far a manned balloon could travel away from the starting line.

Once the aircrafts were up aloft, and the wind was taking them away on various diverging paths, no one knew where or when the race actually would end.

There were 16 balloons that launched from Paris that day, in intervals of five minutes, and Lahm went up in the number 12 position. As he floated down the Seine hundreds of Americans cheered loudly enough he could hear them from above the Eiffel Tower.

Reading accounts of Lahm’s airborne odyssey, whether written by journalists or by Lahm himself, are like an exquisite literary cross between a good action/suspense story and classic science fiction.

There are the nail-biting parts, like waiting for the weather front to move in so the air currents will shift north before disaster meets them at the Atlantic coast.

Then there is the dreamlike interlude when he drifts over the English Channel after midnight. He spoke with great depth of soul about the serene hours they spent over the water.

He held his craft only a few dozen feet above the surface of the Channel, and as the full moon shone across the sea he could hear the turn of the waves softly below him in the night, suspended between heaven and nature.

In my favorite scene he is moving through the English fog — so blindly they can’t be sure they’re even in motion—and have to drop closer and closer to earth to see where they are. Suddenly there are treetops racing by, just inches beneath their feet.

He had an “electric torch” he used at night to read his maps, and he had to shout down at rooftops hoping someone might identify which village he was drifting over.

Sometime the next afternoon Frank spotted the North Sea looming up into the imminent foreground, and realized that if he didn’t stop quickly his balloon would soon be out beyond landfall.

In a sudden emergency release of gas from the vehicle they plummeted hundreds of feet in a few seconds. The wind was strong though, and even though they dragged their anchor through the moors the turf was so dry the ground couldn’t catch.

Finally in desperation Lahm and his partner hurled their anchors and ropes at a farmer’s outbuildings. They ended up wrecking two sheds before the aircraft came to rest, panting in the breeze.

At that point on the globe Frank Lahm was 410 miles away from the starting line in Paris. He had been airborne for over 22 hours.

He had witnesses certify the location of his descent, then asked directions back toward France.

Frank Lahm was 28 when he became ‘World’s Champion Balloonist,’ and a mere novice in the sport of aero racing. In Paris the rest of his life he was always treated as a celebrity.

Kids around here could tell you all about the race, and exactly how each of the 16 racers in the international competition placed, and where they landed. This fascination wasn’t only in Mansfield — the entire nation embraced Lahm as a national hero.

In 1906 every kid in America wanted to grow up to be Lt. Frank P. Lahm, of Mansfield, Ohio. He was the man who won the first international balloon race and brought the cup home to America.

They could all tell you the name of the balloon he flew—it was the “United States.”

He was born on South Main Street, lived on Third Street, grew up in the city schools, and lived here till he was 16. The rest of his life, no matter where he lived, which President was consulting him, or how many men saluted him, he never lost his modest, soft-spoken, small-town manner; and he always called Mansfield his home town.