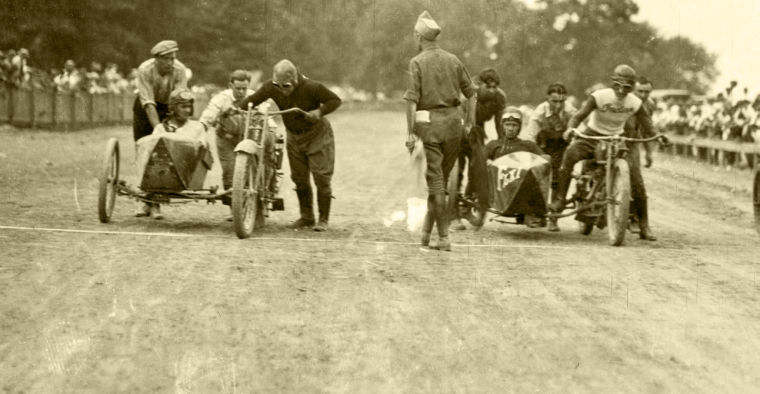 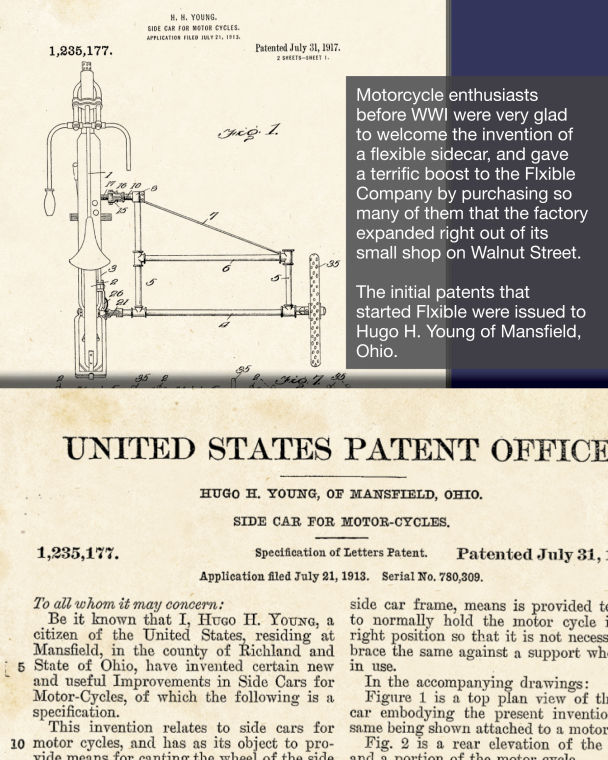 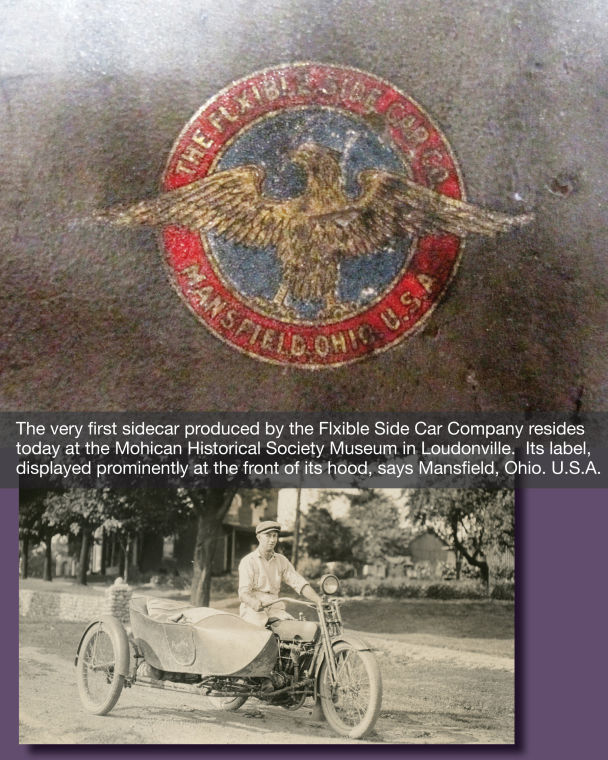 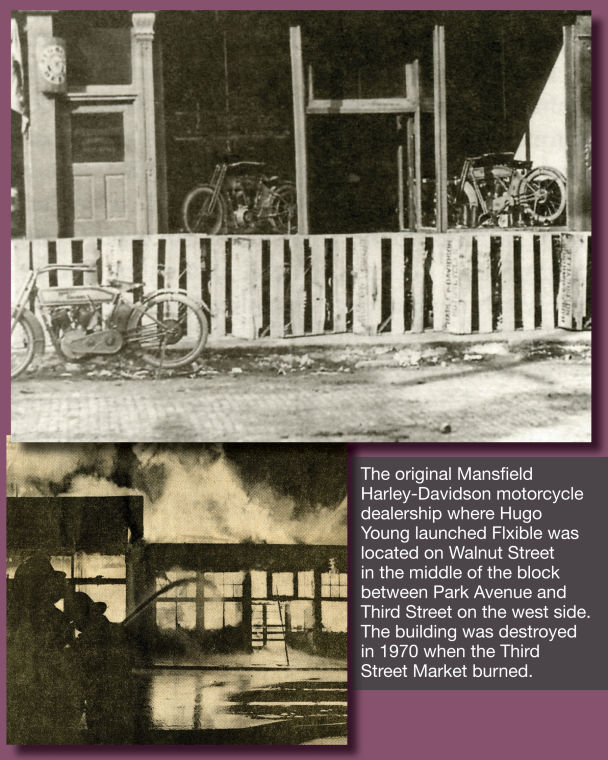 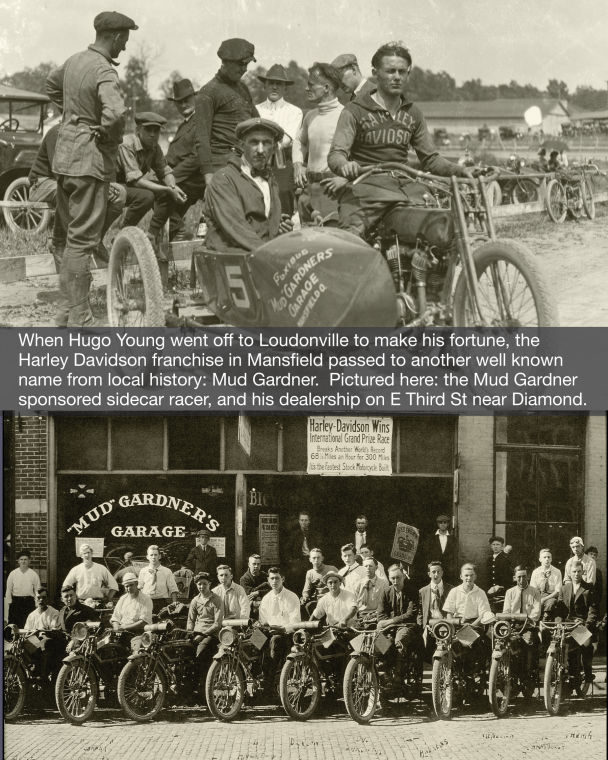 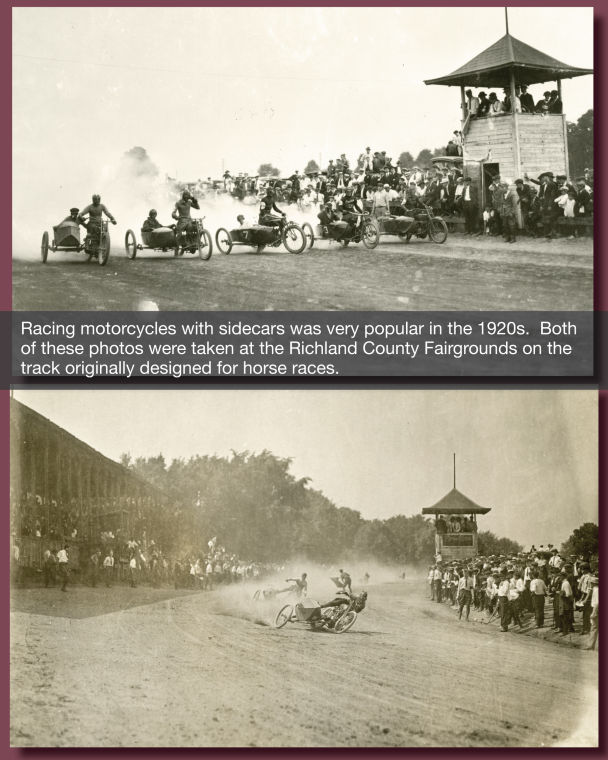 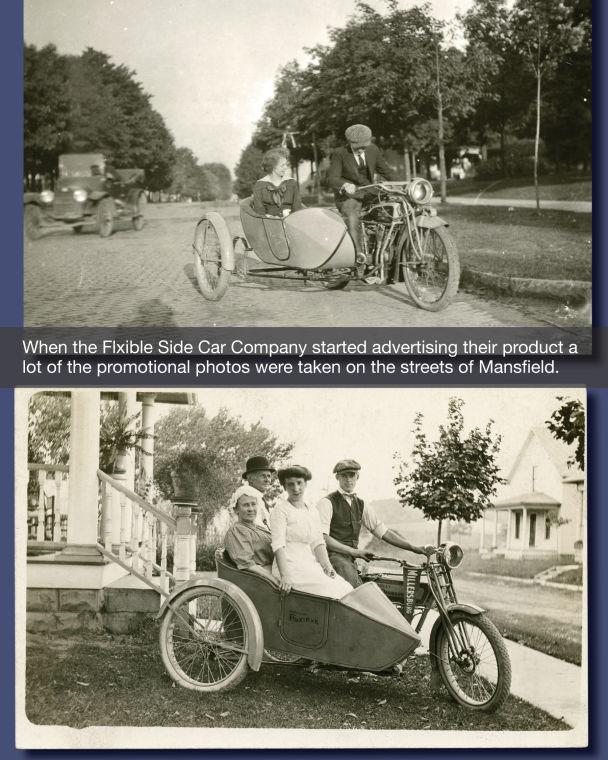 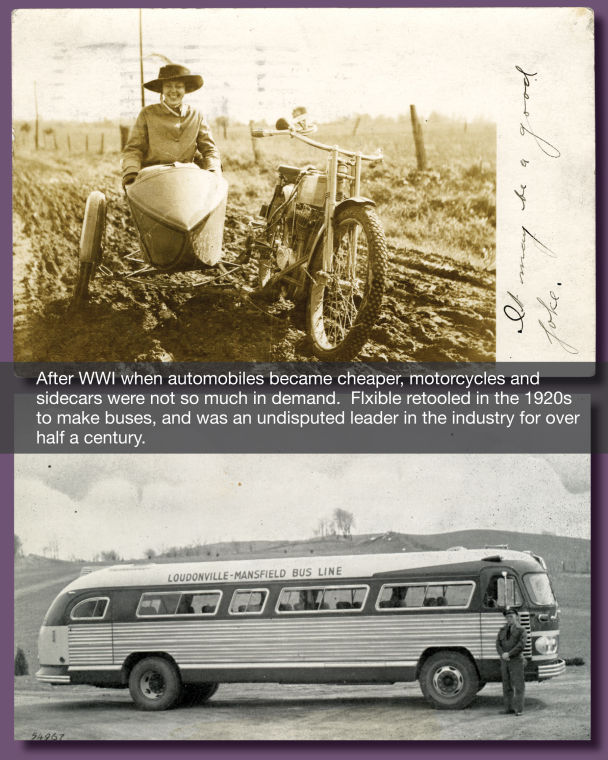 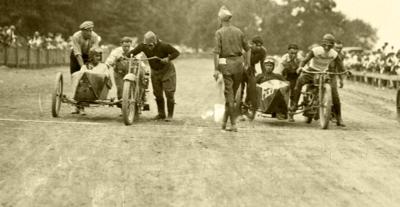 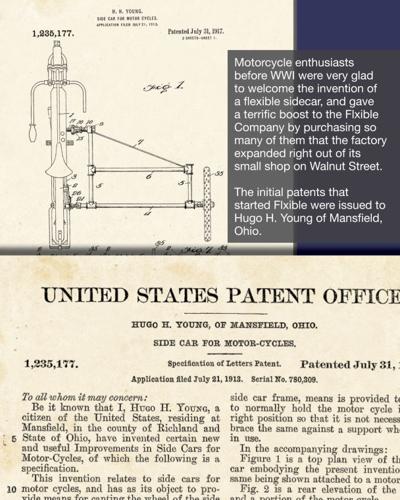 Many people around Richland County, and around the world, are familiar with the name FLXIBLE: as one of the principal manufacturers of buses in the United States during the 20th century. Throughout the decades of motorcoach evolution, from the 1920s through the 70s, Flxible was the primary mainstay of Loudonville where it was based — not only in terms of economy, but also as the source of its civic pride and national renown.

If you delve into the history of the Flxible Company, however, you’ll discover its origin not in Loudonville, but in Mansfield; and that the company rolled into automotive fame not through buses, but on the wheels of motorcycle sidecars.

The U.S. automobile industry was still gaining slow traction in the first decade of the 20th century when the motorcycle business was already racing along.

Mr. Harley and Mr. Davidson first mounted their engine onto a bicycle in 1903, and before 10 years had passed there were Harley-Davidson dealerships all over the country: including one in Mansfield.

As soon as he opened his Harley shop he was tinkering with the merchandise. He shortly determined he had a better idea of how to attach sidecars to the bike in such a way that would allow the third wheel to tilt with the action of the road when making a turn.

His invention made the sidecar action less rigid and more flexible. He patented his idea, dropped the ‘e’ from flexible so the name could be trademarked, and started manufacturing his own sidecars right there on Walnut Street.

The first few patents he applied for, starting in 1912, all list the inventor as Hugo H. Young of Mansfield, Ohio.

It didn’t take long before his product was so wildly successful that he had to look for larger factory space for production. The factory he wanted was found in his hometown, and once the move was made his company started writing the history of Loudonville.

There are more photos accompanying this story that can be seen in a gallery by clicking on any image.

Photos and documentation for this story come from the Mohican Historical Society Museum in Loudonville through the kindness of Ken Libben.