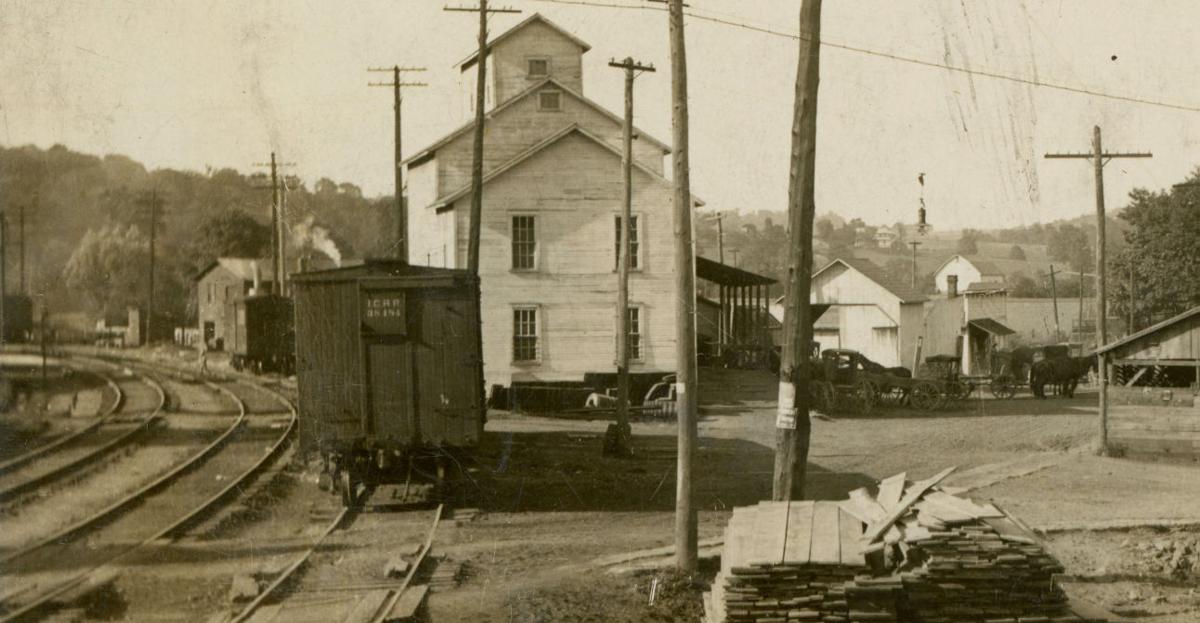 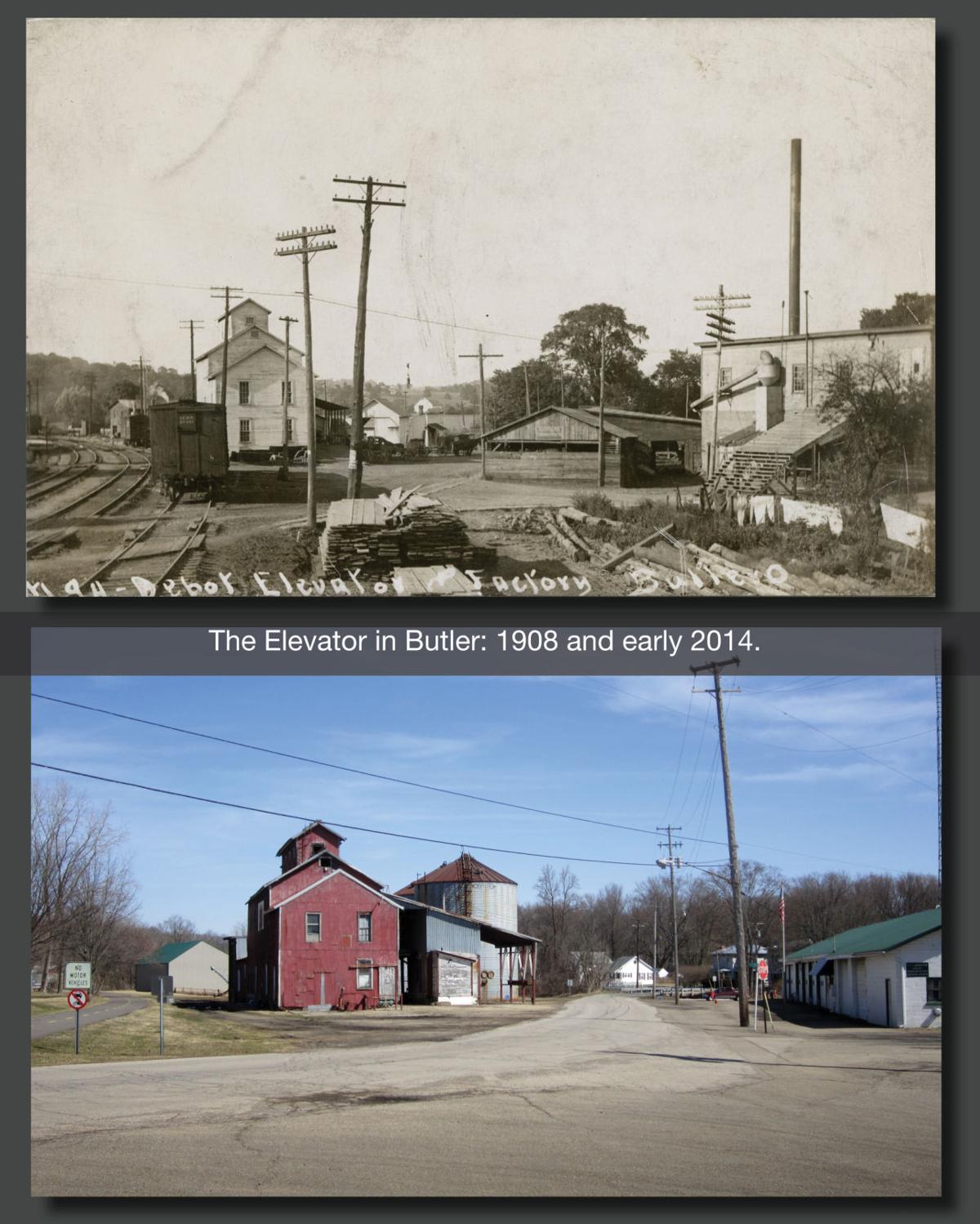 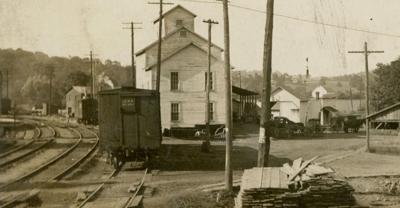 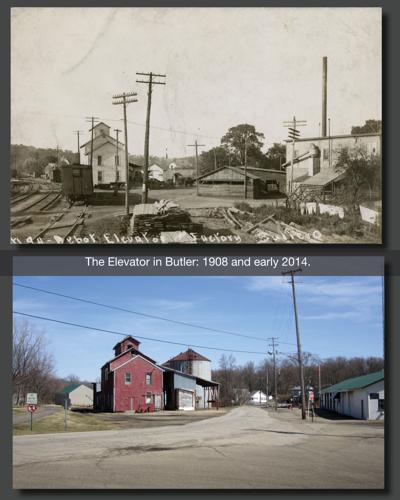 EDITOR'S NOTE: This story was originally published at Richland Source in 2014.

The accepted premise behind a "Then & Now" column is that everything changes over time, but generally the distance between Then and Now is measured in decades. What we never expect is when Then & Now unexpectedly turns into a Then & Then much more quickly than imaginable.  That is the case with the Butler Elevator.

When the Now photo was taken a few short months ago it made an interesting comparison to the image made 100 years ago, that was kind of heartening as evidence that small town Richland County has a direct, tangible connection with history, and a quality of endurance.

Since the early summer, when the Now picture was taken, the Butler Elevator has disappeared from the scenery in downtown Butler.  It is offered here as a sort of fond farewell, and a token remembrance of things past.