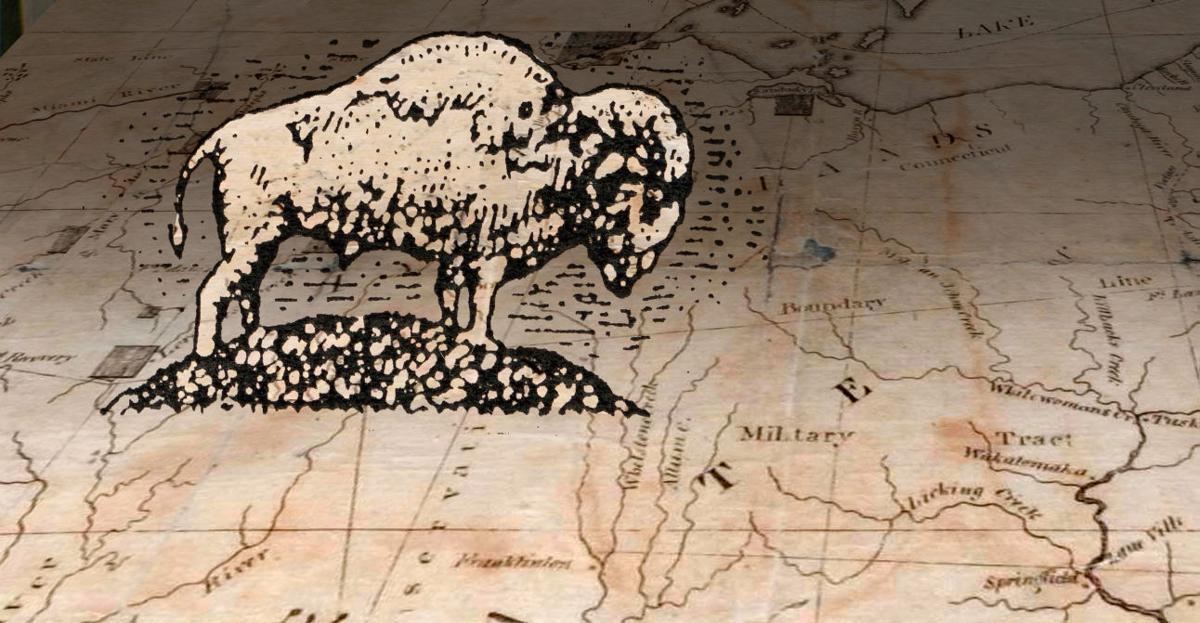 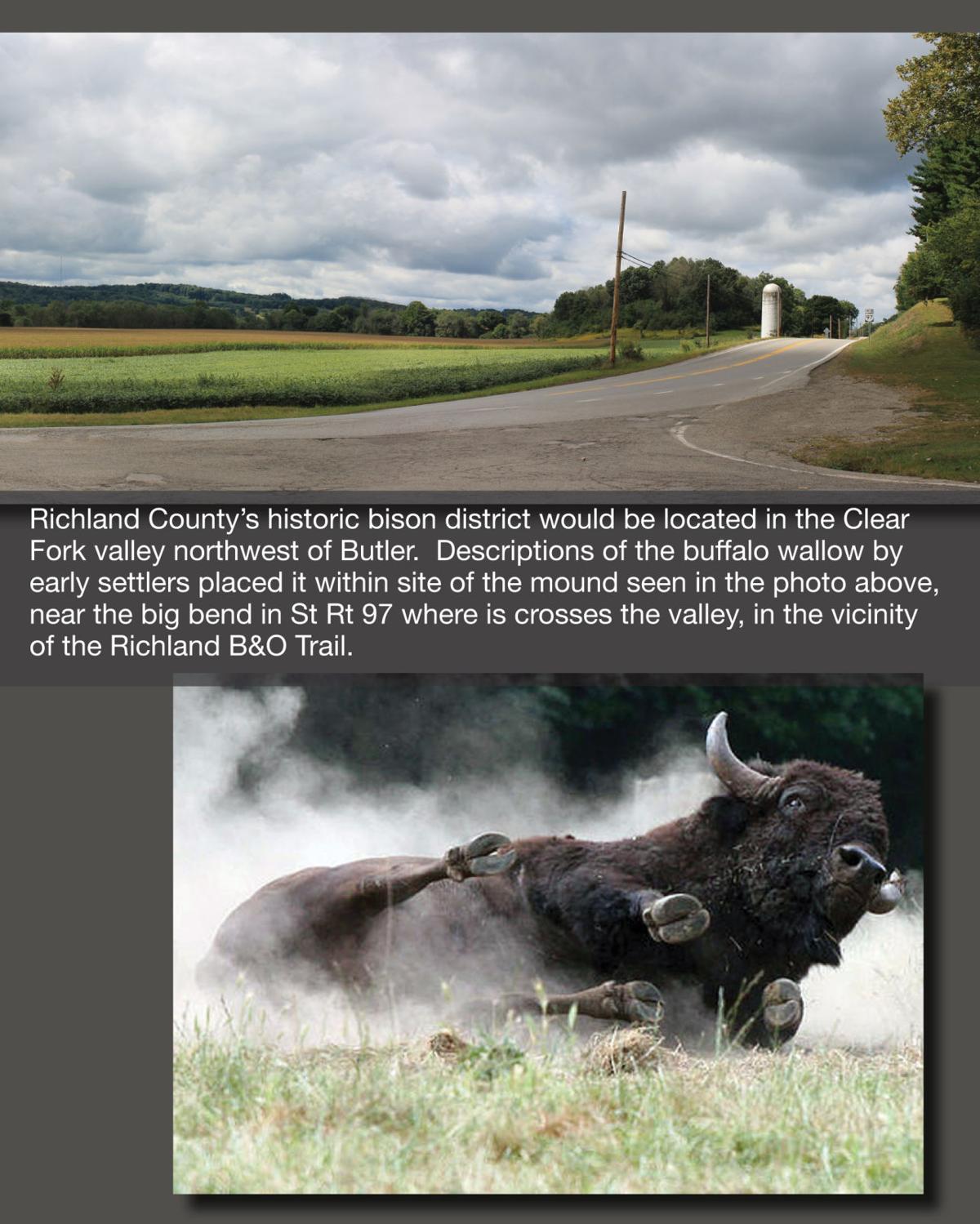 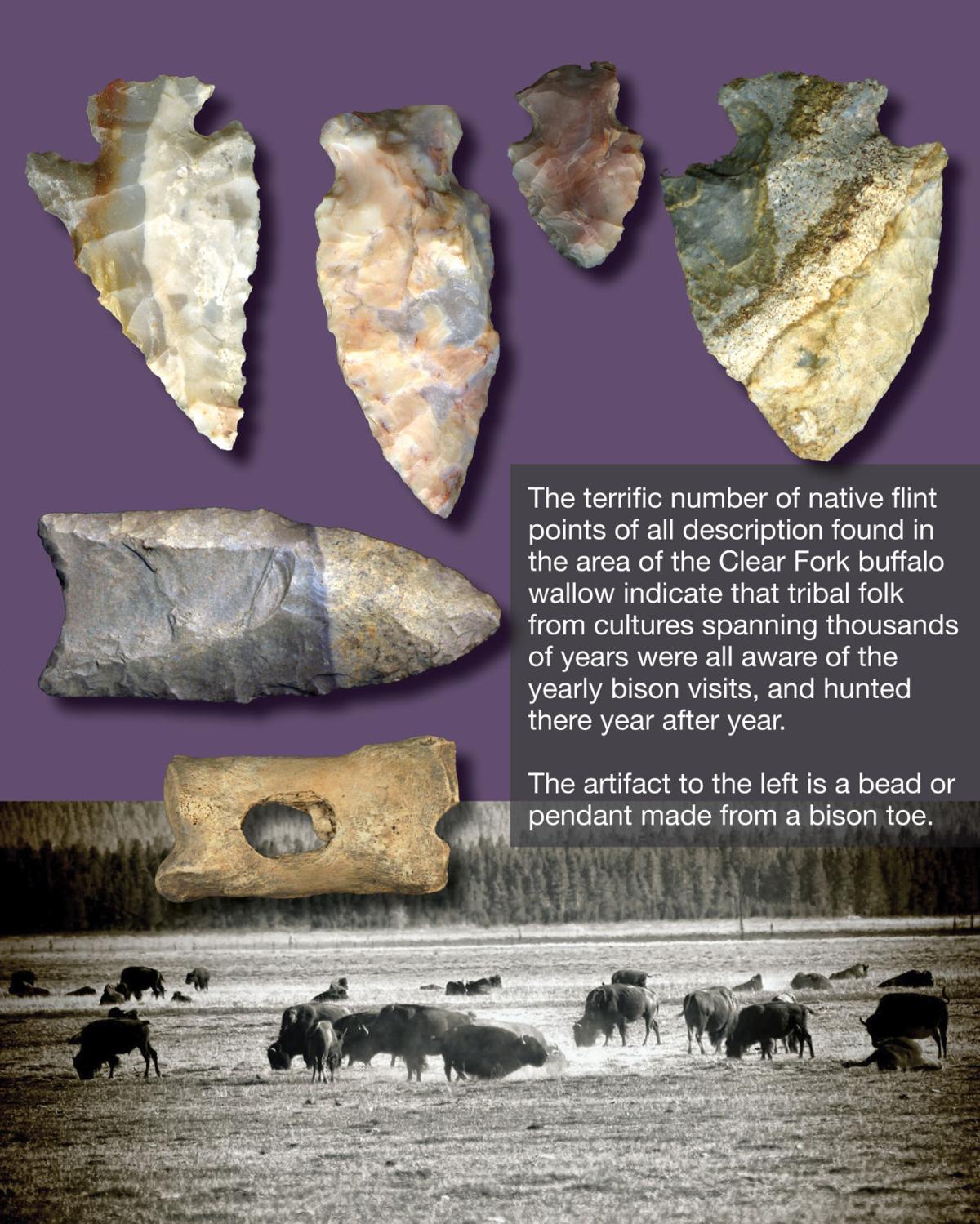 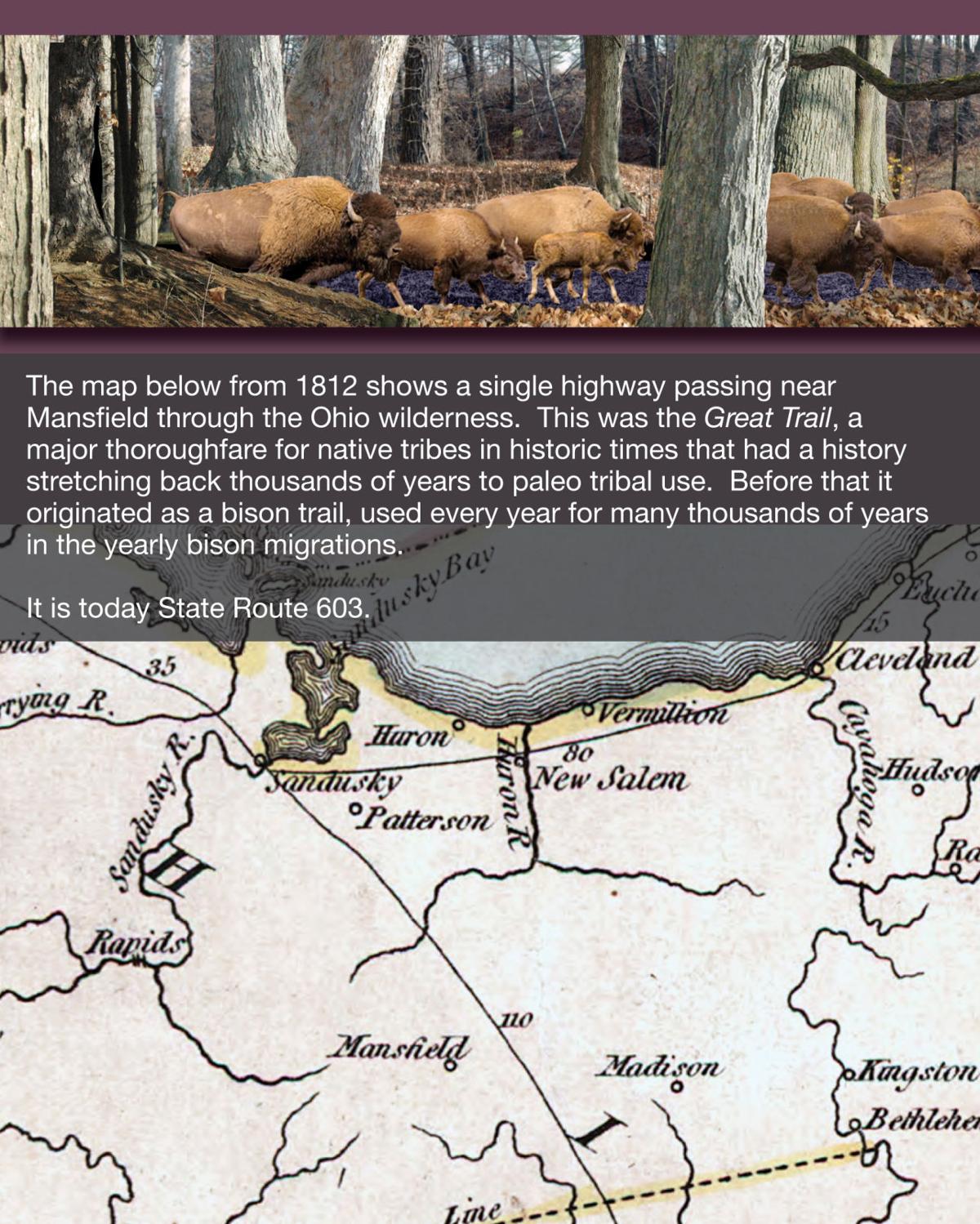 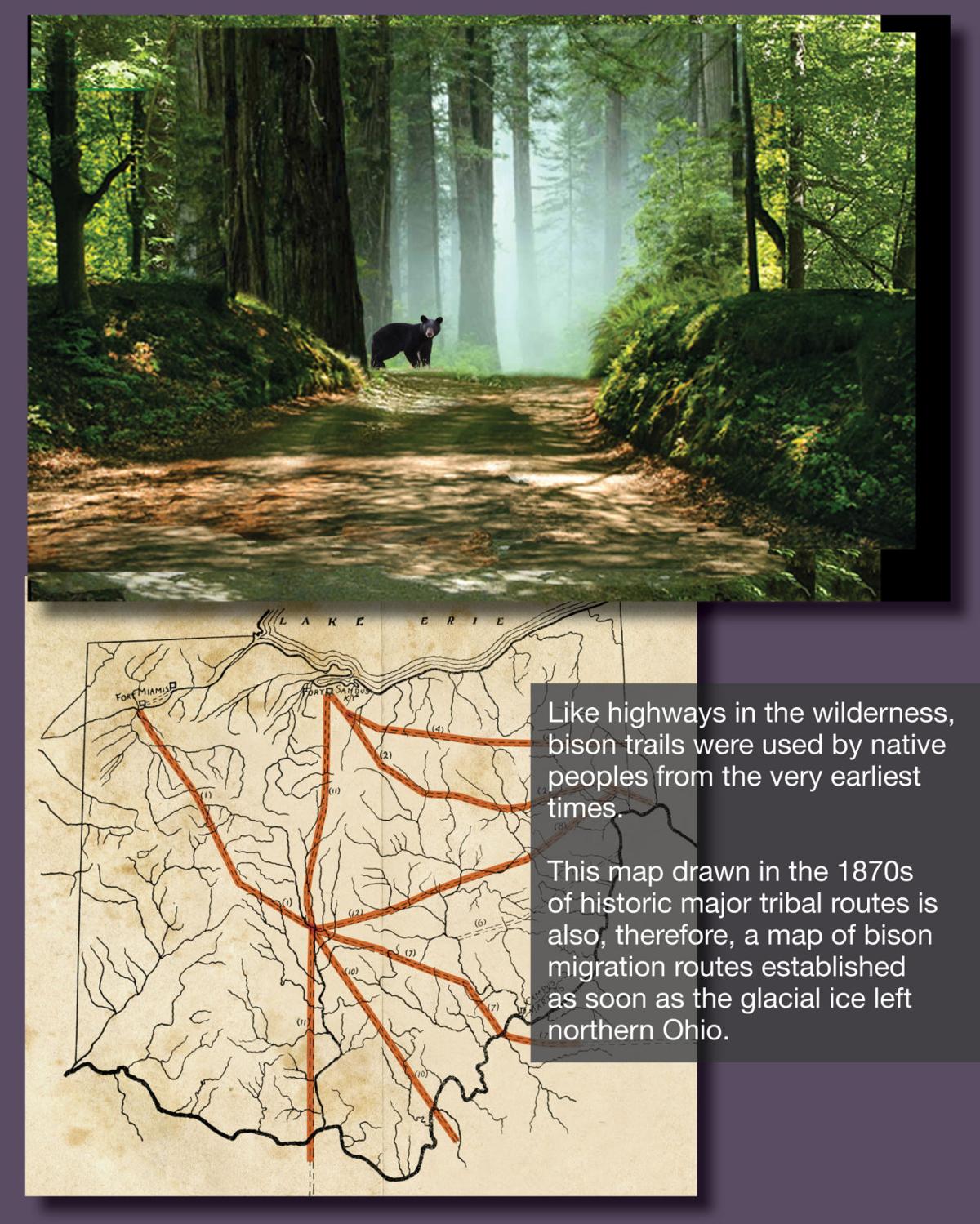 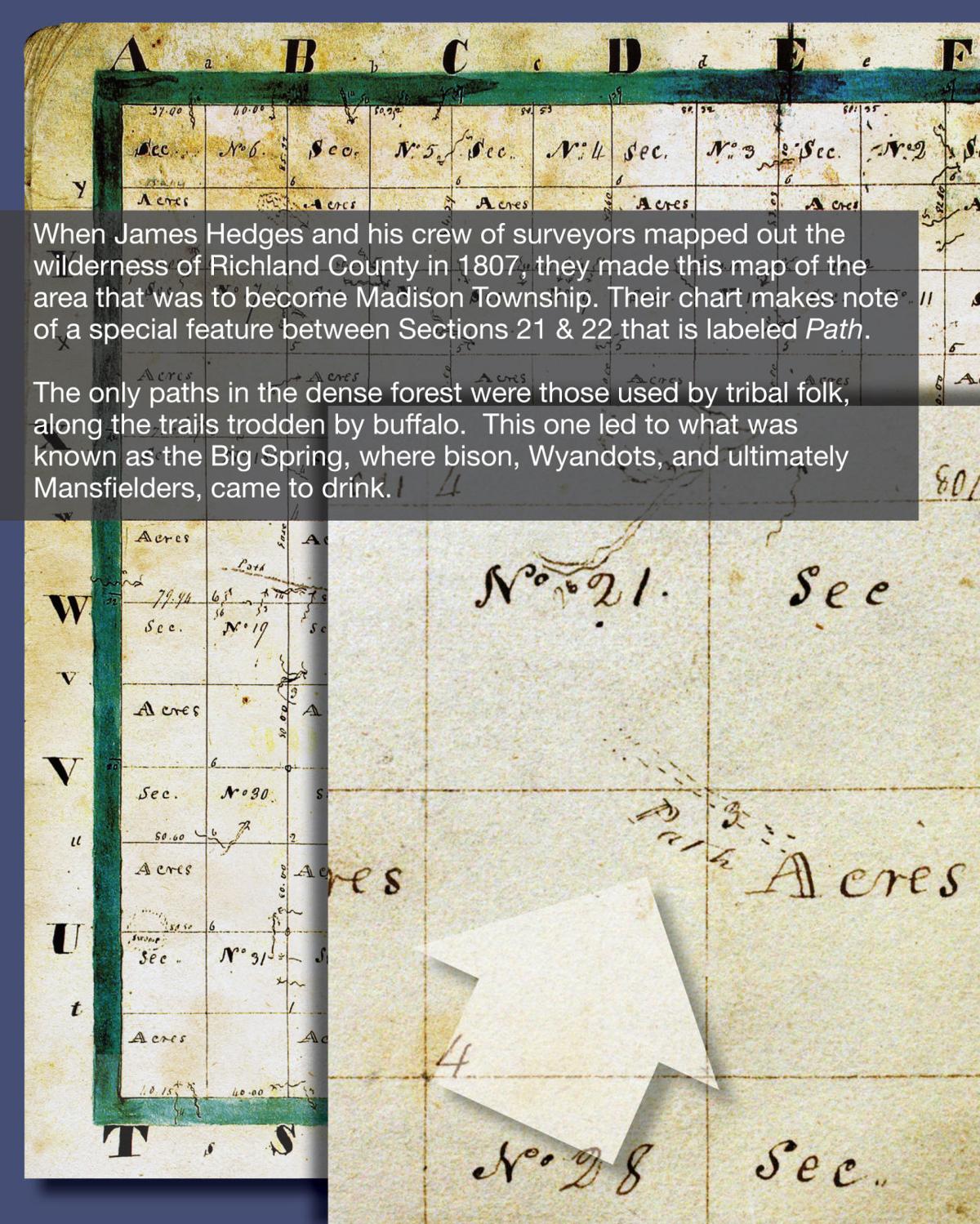 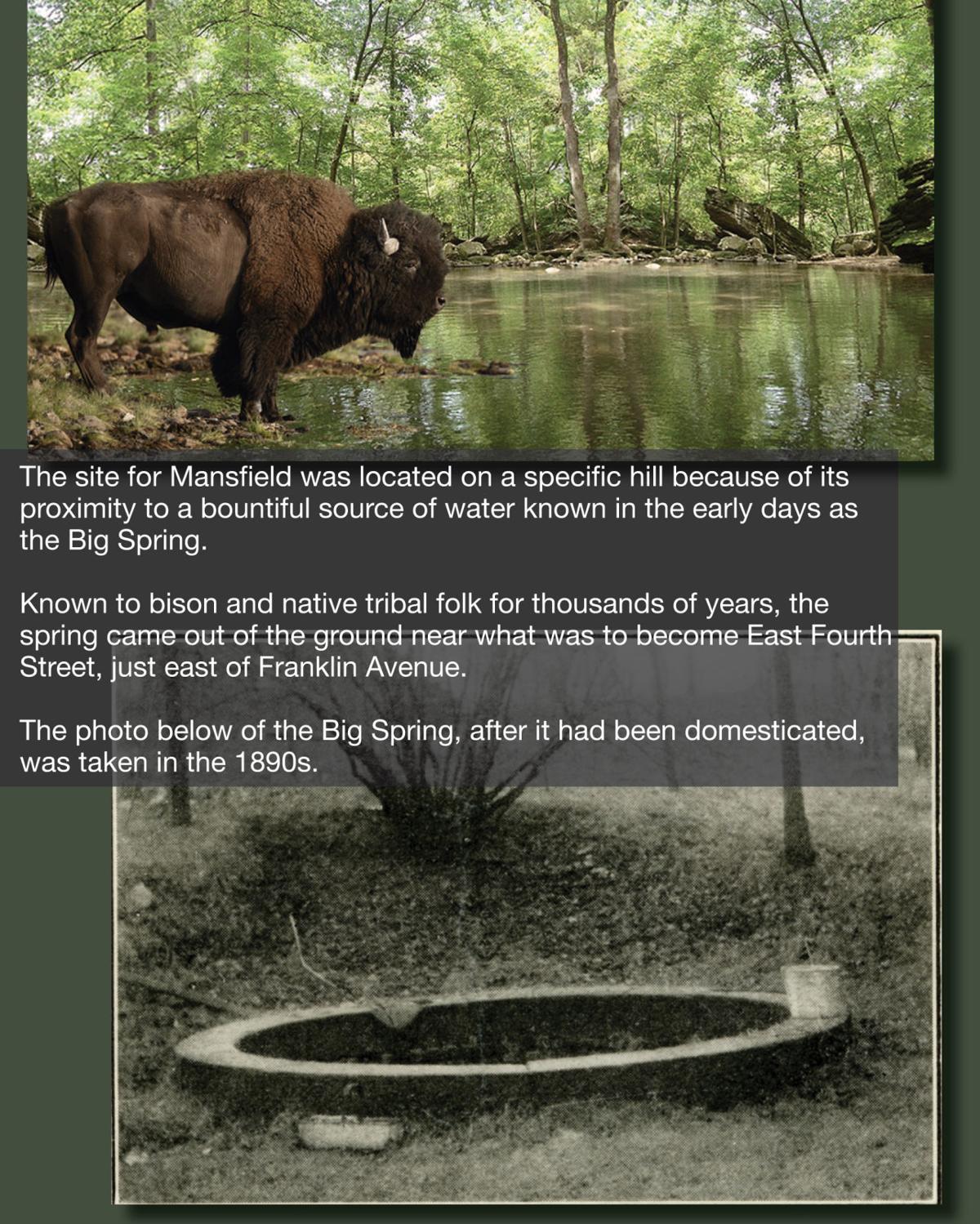 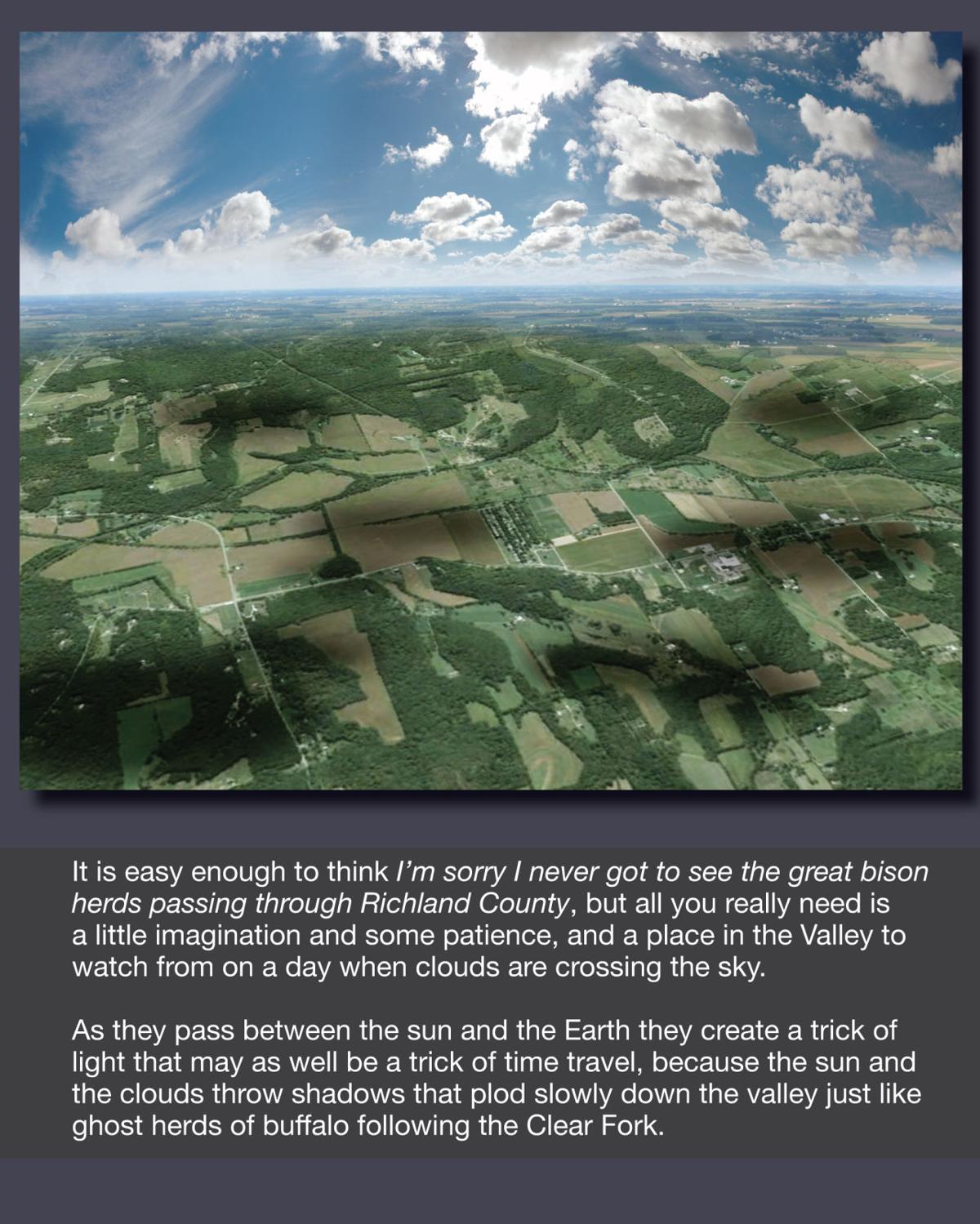 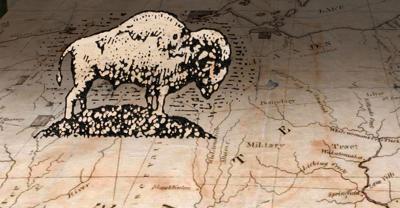 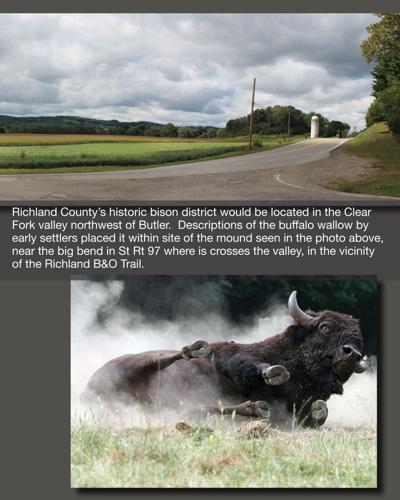 EDITOR'S NOTE: This story was originally published at Richland Source in 2014.

The American Bison is always considered iconic of the Wild West, but it also played an integral role in the history of the Wild East as well.

If it wasn’t for the many thousands of years when the buffalo roamed through Richland County it is possible that the City of Mansfield would be situated somewhere else … because it was really the bison who picked the spot for our town.

The Richland County we live in today is a very tame place compared to what it was in the past. More than 200 years ago everything here was deeply forested wilderness. If you go to the wildest place you can find in Mohican or Fowler’s Woods, it is possible to imagine what this country was like before the arrival of the farming culture with European settlers.

But even in the deepest, densest forest you can find there is so much native wild Richland County you’ll never see: like elk, or wolves. Another common woodland critter you won’t see is the bison.

For thousands of years, herds of bison passed through the forests of Richland County during their seasonal migrations. Just like many other creatures you may be familiar with, they liked to spend their winters down South and their summers in Ohio.

For at least 12,000 years they made the trek every year from Alabama or Georgia through the primal forests up to the southern shores of Lake Erie.

The paths they trod on their travels, the routes they followed year after year, were the first interstate highway systems to cross the continent. After thousands of buffalo, each 1,000 pounds or more, had made a thousand road trips along these forest thoroughfares, the roads they created were wide, pounded hard, and without question the easiest way to get through the dense forest once the paleo peoples got here.

When surveyors and map makers were defining the Ohio country in the early 1800s in advance of the settlers, every Indian trail they drew, every trail connecting outposts in the wilderness, was originally a bison trail.

An American bison requires a great deal of roughage in his diet. These creatures spend 9 to 11 hours a day simply eating green things. One of the reasons they followed the same routes every year was because in addition to picking up forage along the way they also left behind a considerable amount of fertilizer … all of which served to grow the seeds of their favorite foods that passed through their system. So every year there were more and more of their favorite foods along the way.

Their routes tended to follow high ground between river valleys, with periodic detours into the flats for drinking and swimming parties and other forms of recreation. In Richland County this could mean literally re-creation, because the buffaloes give birth in April/May, and had their rutting season in August — either life phase of which could likely have taken place here.

For whatever reason they decided to lay over here, it is certain their stay was longer than a quick commute, because early pioneers found a particularly bisonesque resort in the Clear Fork Valley just northwest of Butler. This was a buffalo wallow.

In wet months they rolled in the mud, and in the summer heat they rolled in the dust. A bison can’t roll over because of the hump on its back, so it had to flop down on one side at a time. The dust kept off biting insects, the mud protected them from parasites.

A thousand bison, weighing 1,000 pounds, rolling around over thousands of years left quite an imprint on the valley floor.

Thousand of arrowheads, spear points, flint scrapers and knives also give evidence that native peoples — from the earliest paleos through the historic woodland tribes — also found the buffalo wallow to be a particularly attractive resort area.

By the time the European settlers reached this area in any significant numbers, the long season of the bison had already ended in Ohio. The vast herds of buffalo east of the Mississippi River began to ebb in the 1600s, and dropped off noticeably by the late 1700s.

The death of the last documented bison in Ohio took place in 1802.

The surveyors who made their way through the wilderness in order to map out Richland County for the U.S. government in 1807 made note on their survey maps of all the distinctive features of the landscape that they encountered along their lines.

The maps they made look like a lot of squares made by straight lines — the lines they walked with their measuring equipment — with only occasional squiggles drawn in to indicate when their line crossed a stream. Aside from those markings there is very little else drawn within the section squares because … there was nothing there except trees.

There is an unusual notation they made, however, in Madison Township, Section 22. The marking is quite obvious because of the rarity of any other such markings, showing a double dotted line with a single word.

How rare was it to find a PATH going through the deep woods? In all the original first surveys of old Richland County there are only three such notations.

It had to be a bison trail — there simply weren’t any other paths. When the old survey map is superimposed on the county we know today, Section 22 is seen to cover Mansfield, and the PATH indicated on the 1807 map leads directly to a site on East Fourth Street. That is the site known in early Mansfield history as the Big Spring.

Why is Mansfield where it is? The founders said quite clearly that they chose the site because it was near the Big Spring.

How would they know the spring was there? A bison trail led them right to it.