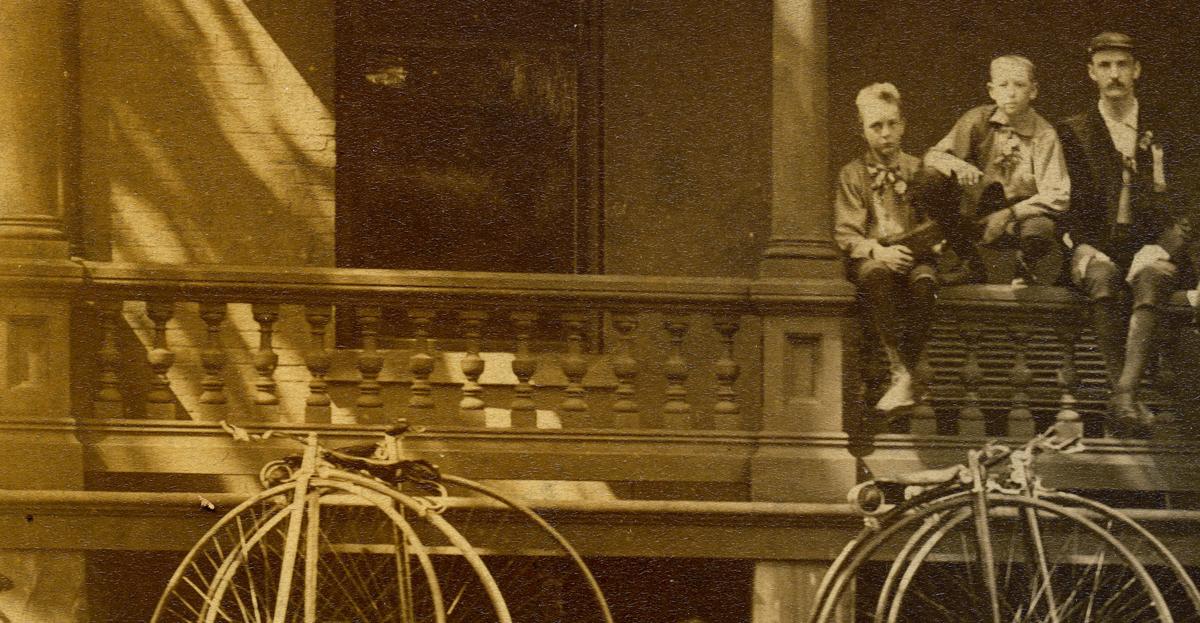 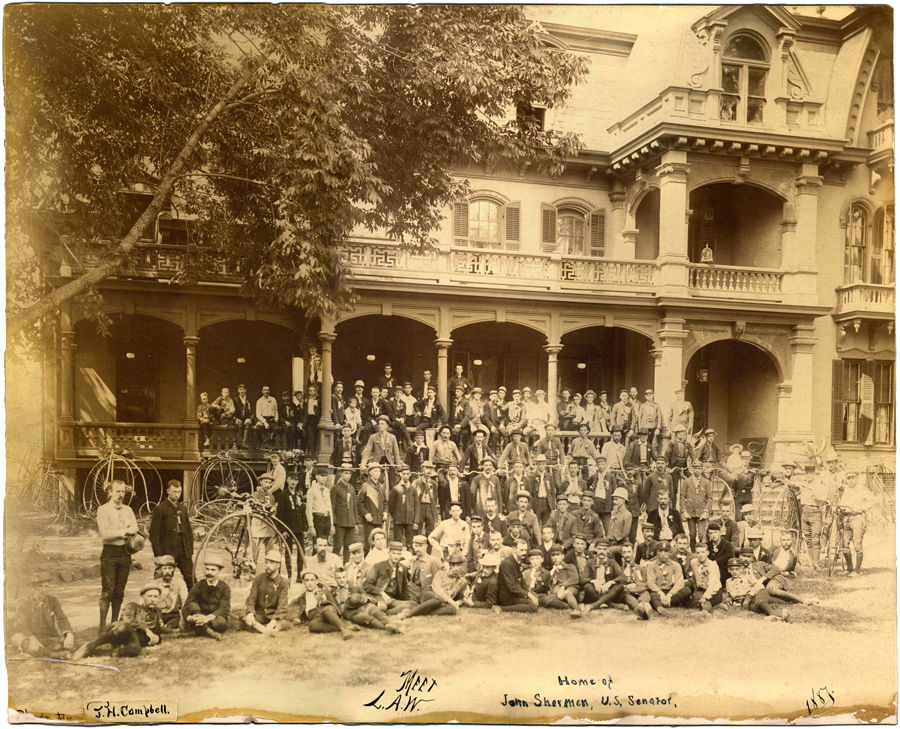 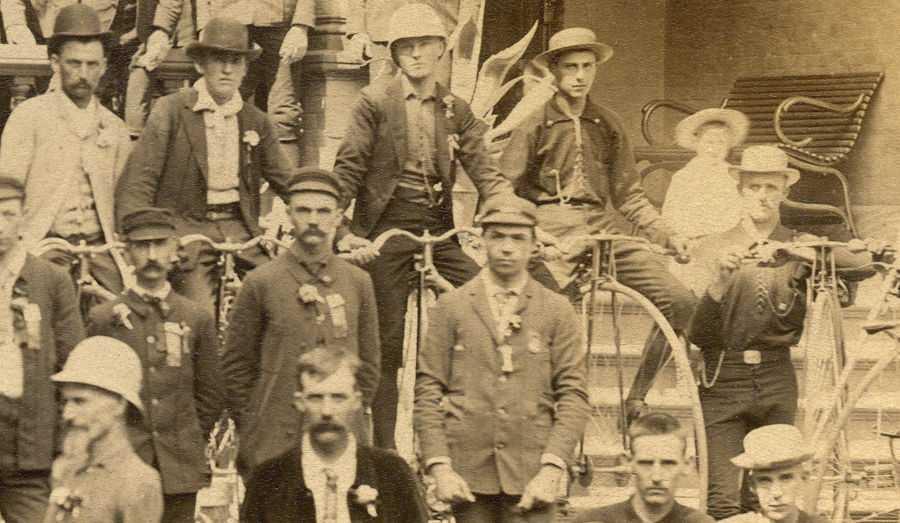 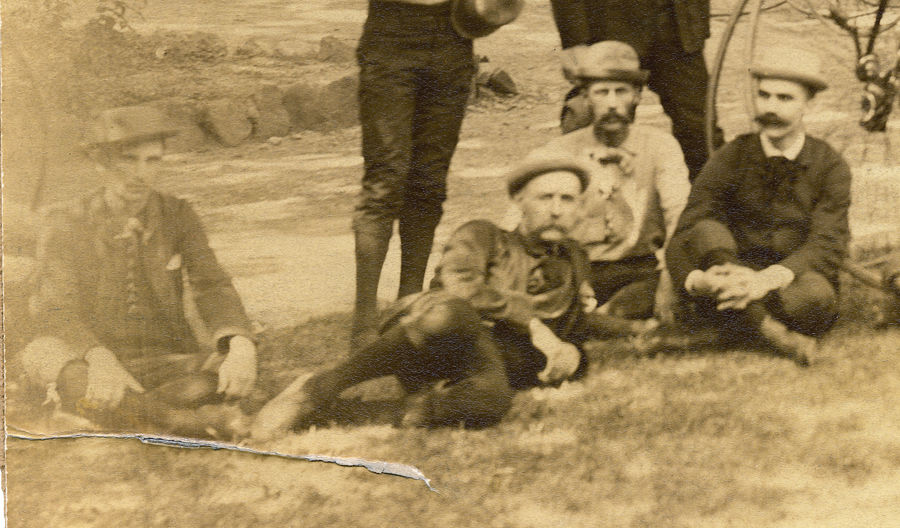 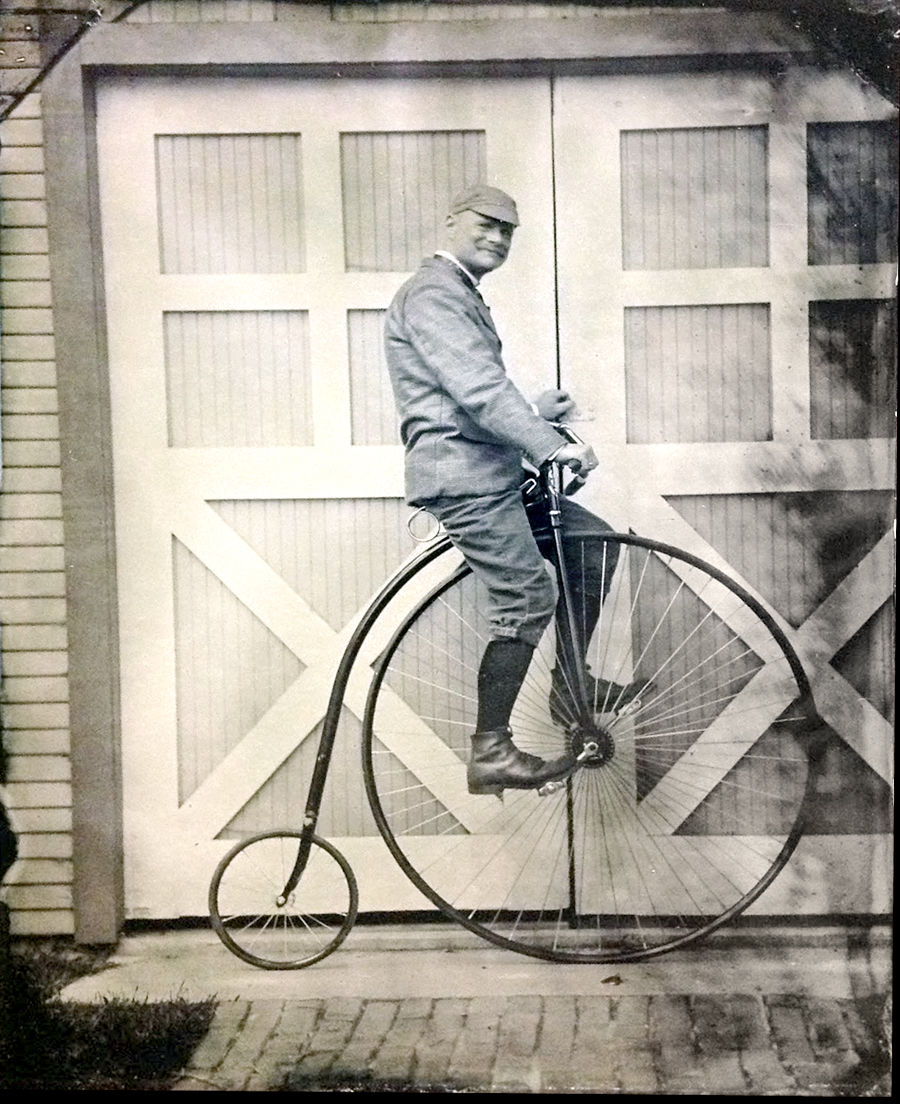 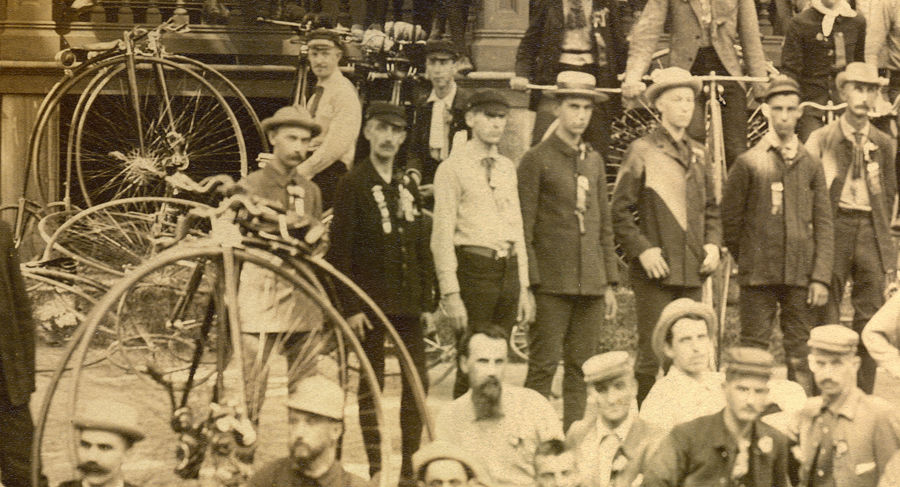 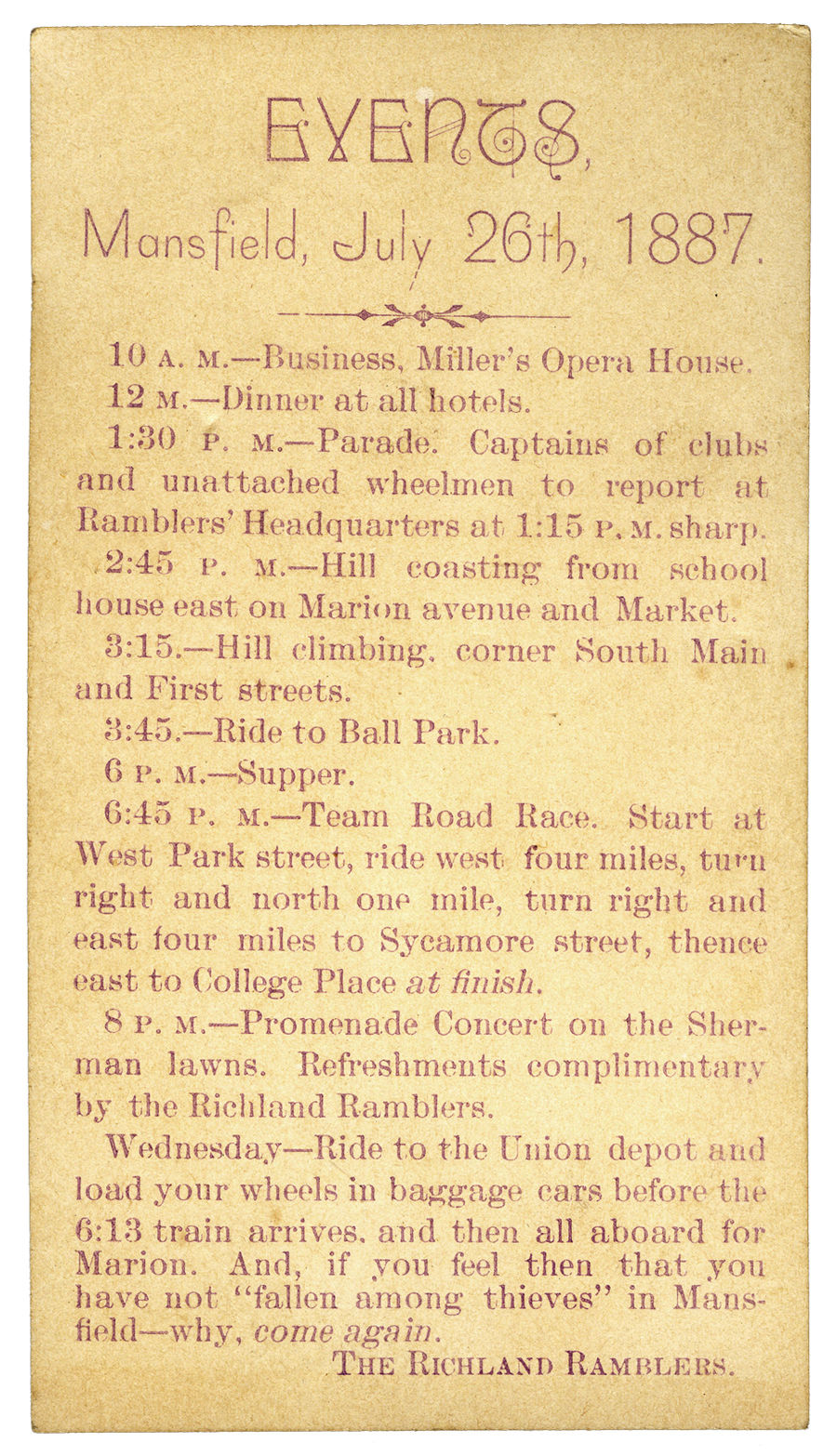 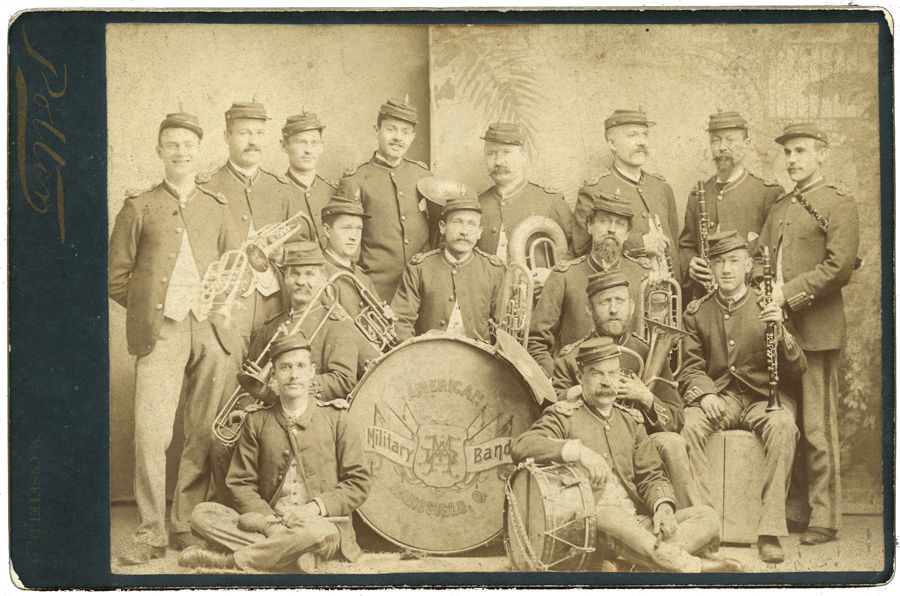 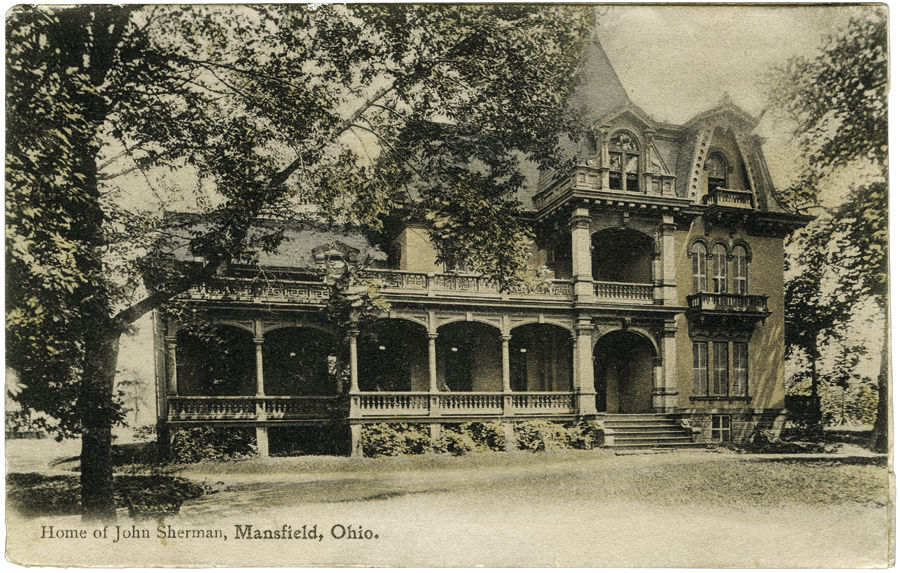 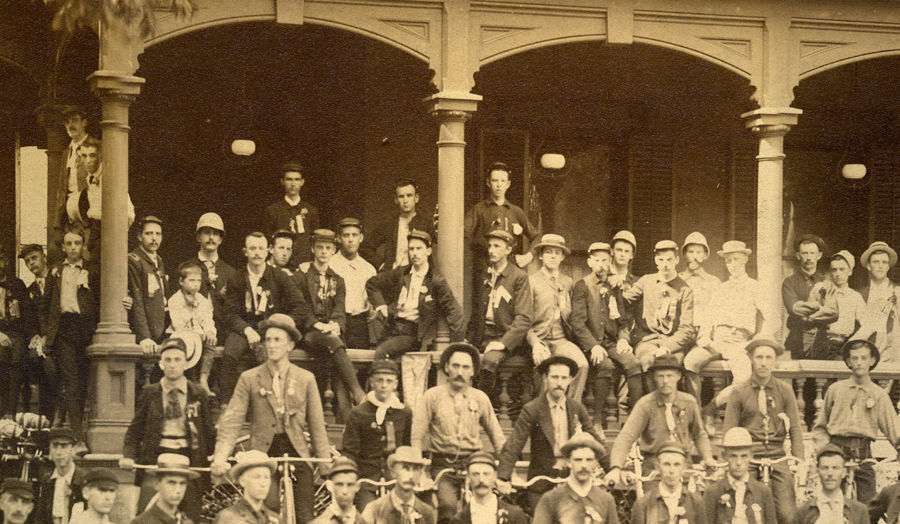 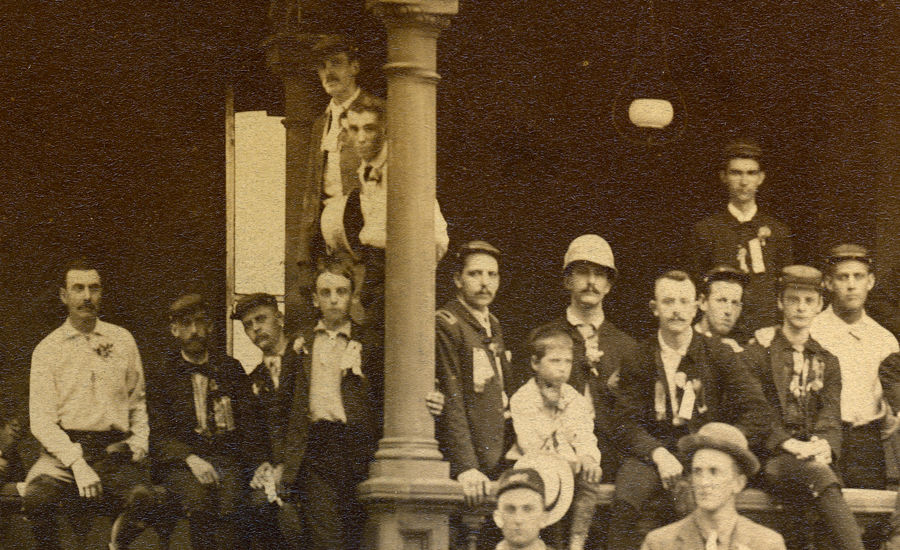 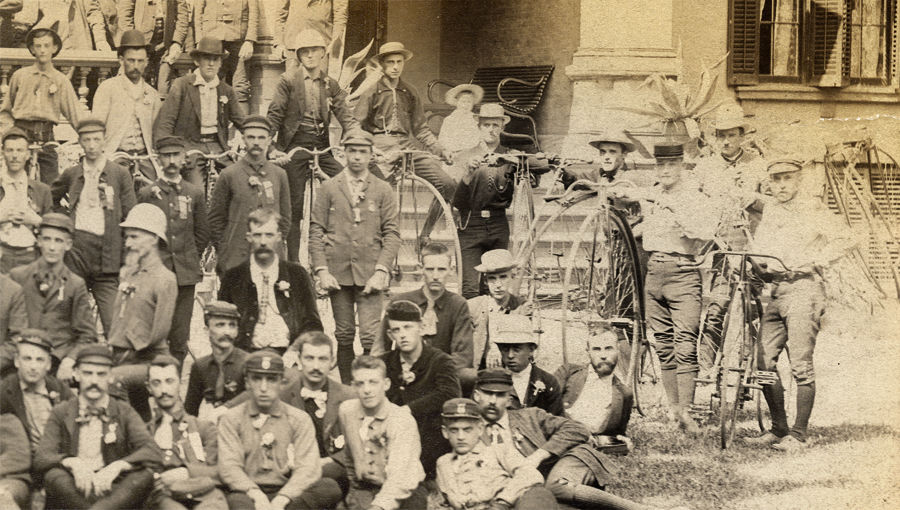 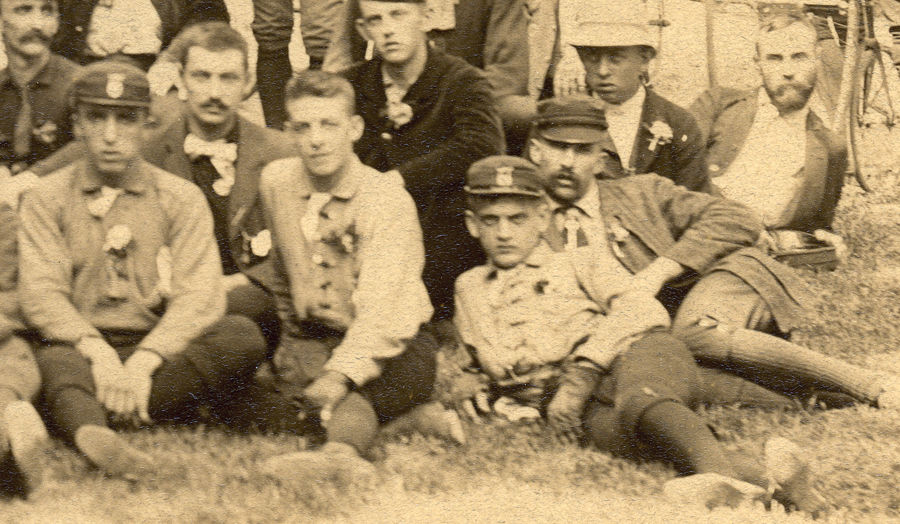 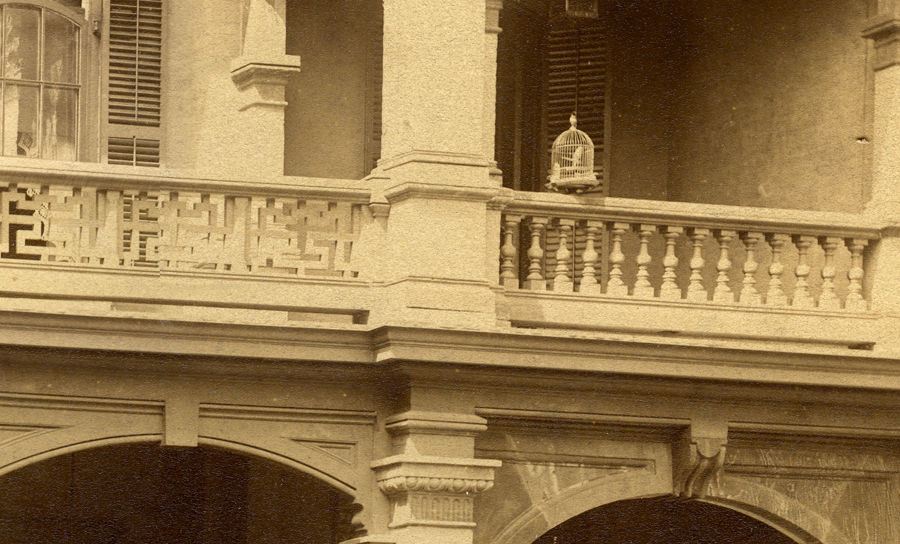 The 1887 photographer captured for us the Sherman family canary.

Nothing says summer like kids with bikes. In 1887 the kids were full grown and the bikes were as tall as the riders.

Fortunately a photographer was on hand in Mansfield to take their picture.

Depending on which proverb you believe, a picture is worth 1,000, or perhaps even 10,000 words. We shall endeavor to appreciate this one in considerably fewer words than that.

It is so utterly amazing that a few chemicals on a glass plate, some sunlight through a lens, and a yellowing piece of paper are capable of capturing and transmitting to us a moment of time from 130 years ago.

Every person and every thing in this photo no longer exists, except the ground on which they stand, and yet the image still presents such vitality, so much purpose and vigor and presence as if this moment never ended.

As you bear witness at this moment, it really has not.

I could show you the precise spot where this picture was taken, where the camera was placed, and if you went there today — search as you may — you could not find one single remaining clue that this space and time seen here ever even existed.

Time and seasons have totally re-imagined this small acreage on the planet, and replaced all those enthusiastic and hardworking sportsmen with descendants who most likely don’t even know their names.

Yet their summer lives on through this image.

So who are they?

This photo captures the Ohio Division of the League of American Wheelmen. In the summer of 1887 they met in Mansfield for revels and events before their annual group adventure trek.

The cyclists’ congress was hosted here that year by the Richland Ramblers. They scheduled a slate of events around town, and paid for all the beer.

The Mansfield City Council cheerfully extended the visiting wheelmen “freedom of the city,” but requested they “do as little riding as possible on the sidewalks of Main Street.”

When the Ohio contingent converged on Mansfield there were only about 100 of them, but the whole town joined them in their merrymaking so that by evening time. When this photo was taken, there were 500 to 1,000 folks standing behind the cameraman.

Festivities kicked off in the early afternoon at the Square where the parade formed.

The wheelmen showed off their shiny wheels in the blocks around downtown before pedaling out Park Avenue West to the brand new picnic grounds at Sherman Park.

After some refreshment the cyclists went to the intersection of Maple and Marion Avenue where they lined up for the “coasting contest.” From the top of Marion Avenue they rolled down through downtown and out Park Avenue East without any pedaling at all.

Event organizers assured the wheelmen that the trip downhill had ‘no danger.’ This disclaimer was printed a number of times in their literature, and described the run down Marion Avenue as “nearly one mile, not dangerous, perfectly smooth over the best macadam streets in the city.”

They had a hill climbing contest up South Main Street, and then everyone rode out to the ball park to watch Mansfield play Wheeling in the Ohio State League.

After dinner there was a 10-mile team racing event on “good, safe roads.”

The culmination of the Richland Rambler’s party was the “Promenade Concert” put on by the city’s American Military Band.

The programme announced “The Hon. John Sherman has kindly proffered the use of his beautiful lawns for a Grand Promenade Concert.

"The Hon. John has a warm side for the wheel.”

Most views of Sherman’s home are taken from a distance, and fail to impart the true grandeur of the enormous front porches. This portrait of the Wheelmen however, gives a clear evocation of its truly epic proportions in terms of humanity.

The Ohio Wheelmen’s 1887 venue for their annual group ride was actually in another part of the state where there were not so many hills.

They boarded the trains in Mansfield after their party, so they could start pedaling in Marion. The ride was completed two days later in Springfield.

It is fortunate for us today that the Wheelmen chose Mansfield for their 1887 get-together, because the event brought about a priceless relic. The Richland Ramblers left for us a rare and touching glimpse into the Mansfield they called home, in the time when they pedaled the streets here.

The photograph and documents from 1887 come from the collection of Mark Hertzler.