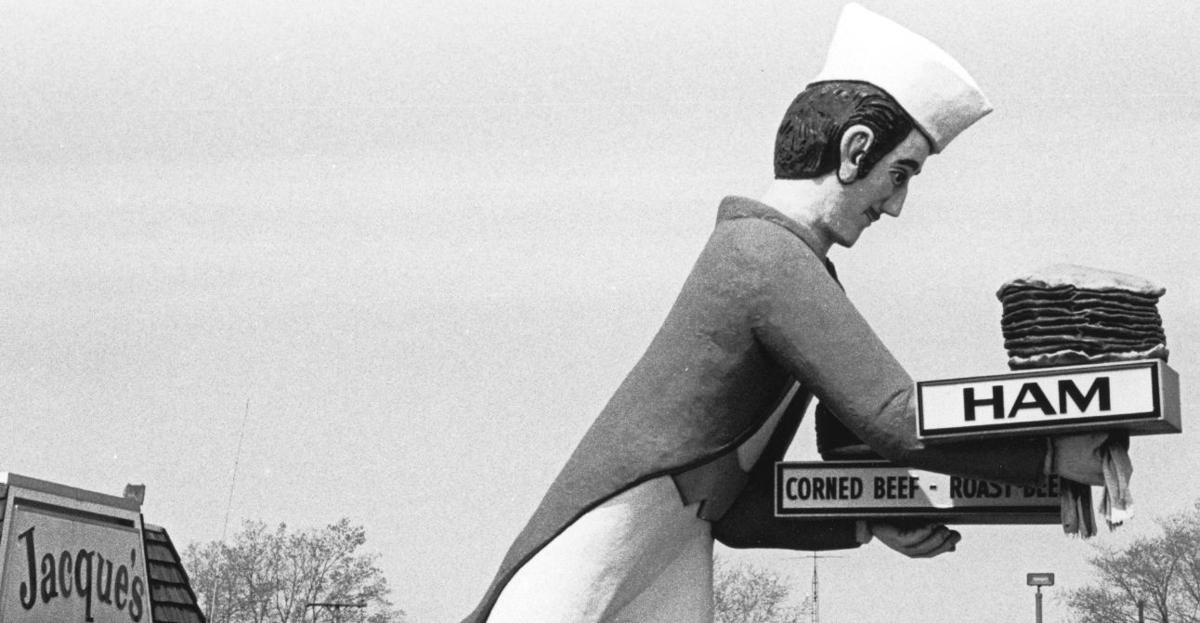 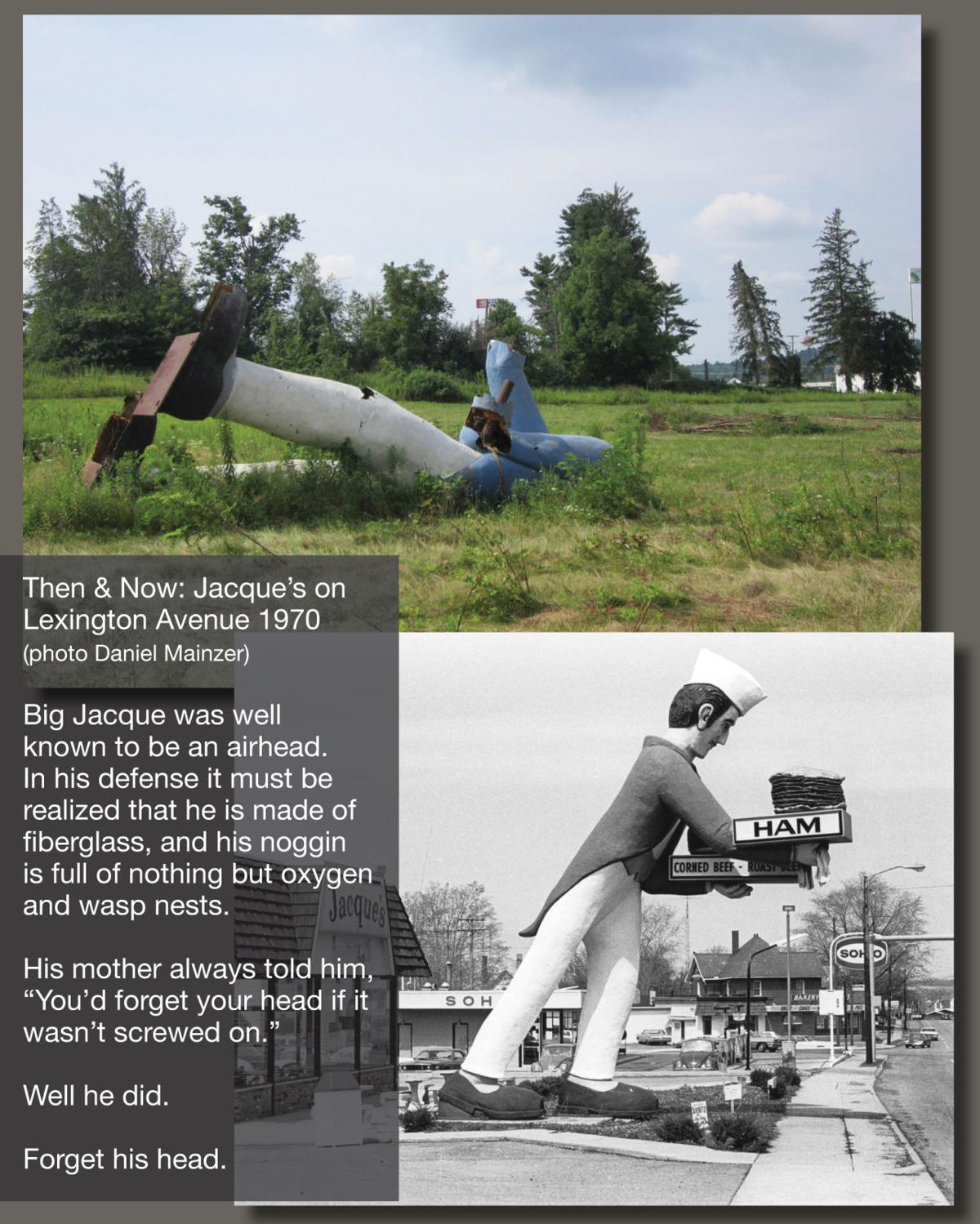 Then & Now recently presented a story about Big Jacque with views of his former post on Lexington Avenue, and the story reported that since the 1970s he has taken up residence near Lake Erie. That, however, is not correct.

That giant near Marblehead is a cousin of Big Jacque named Pierre or Marcel or Andre…Big Jacque couldn’t remember which because actually his head is filled with nothing but air.

It turns out that Big Jacque never left Richland County, and he is at present reposing in a field not far from I-71, located by satellite imagery.