ASHLAND -- The 1970’s was the decade of disco music, wide-collar shirts, eight-track tapes, shag carpet, pet rocks, Atari, Saturday morning cartoons and mood rings were all part of the scene.

But what was the actual “lifestyle” people lived in Ashland during this time and what was going on here? 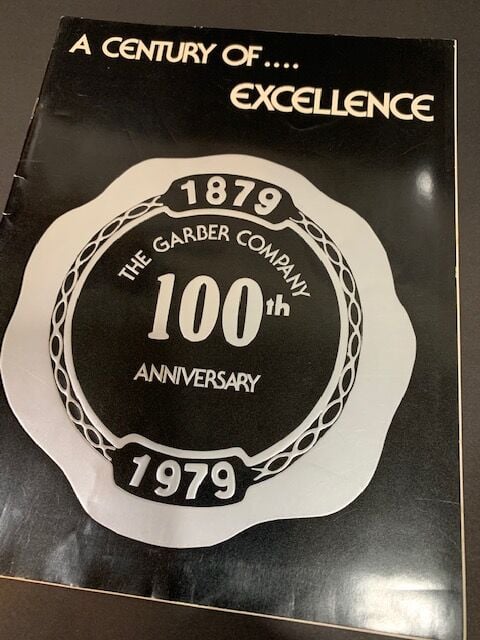 The A. L. Garber Co. was one of many local companies that thrived in the 1970’s. 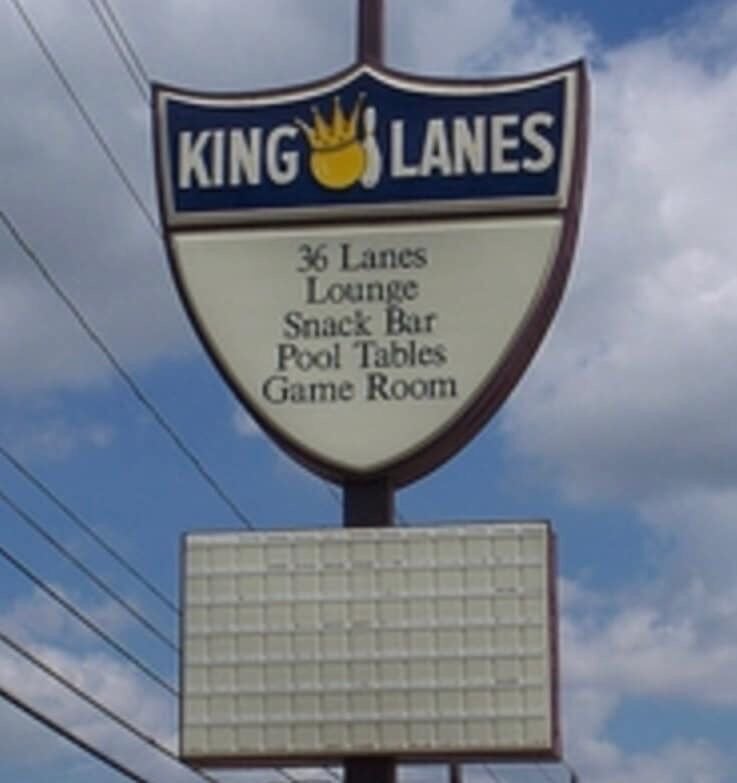 The bowling alley and bar named “The Lounge” were popular hangouts in the ‘70’s. 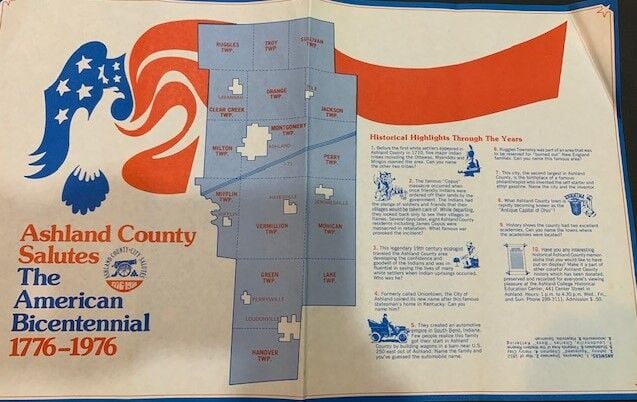 This U.S. Bicentennial placemat was one of many local projects when Ashland city/county was named a bicentennial community in 1976 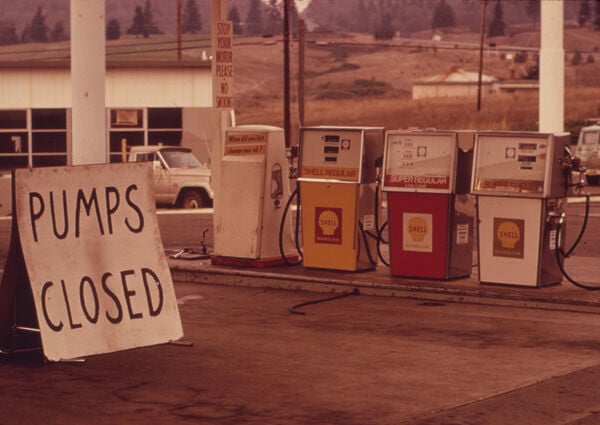 The 1970’s was plagued with energy shortages throughout the decade. 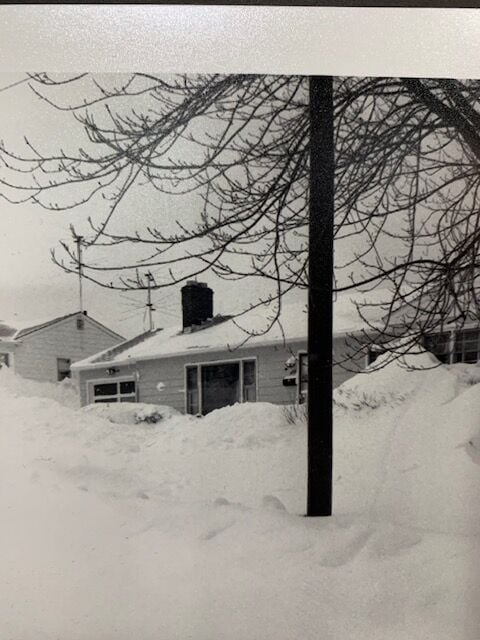 After zero and below temperatures and a natural gas shortage in the winter of 1977, a blizzard buried Ashland in 1978. 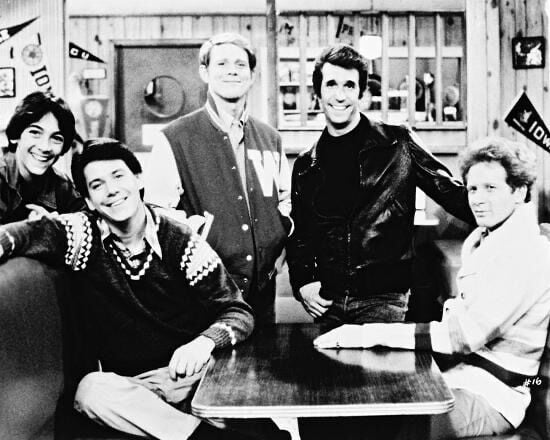 Happy Days was just one of many popular TV shows from the ‘70s, 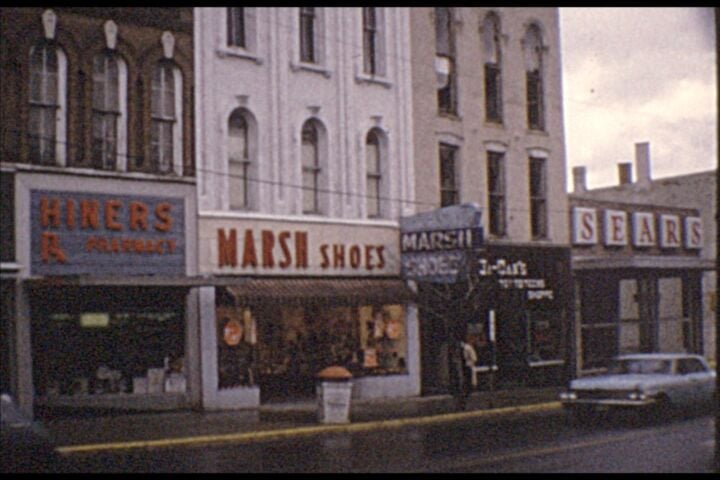 Small business continued to thrive in downtown Ashland in the 1970s.

The A. L. Garber Co. was one of many local companies that thrived in the 1970’s.

The bowling alley and bar named “The Lounge” were popular hangouts in the ‘70’s.

This U.S. Bicentennial placemat was one of many local projects when Ashland city/county was named a bicentennial community in 1976

The 1970’s was plagued with energy shortages throughout the decade.

After zero and below temperatures and a natural gas shortage in the winter of 1977, a blizzard buried Ashland in 1978.

Happy Days was just one of many popular TV shows from the ‘70s,

Small business continued to thrive in downtown Ashland in the 1970s.

Ashland City Schools was hopping with about 4,600 children attending city schools and 163 at the Ashland County-West Holmes Joint Vocational School. The city schools operated and maintained 26 school buses and in 1976-77, employed 234 teachers as well as 120 support staff.

The cost of a 4 year education at Ashland College was an expensive $20,000 per year but it included room, board, fees and books. About 1,700 students were enrolled but enrollment was down and parents now needed loans to help them pay for college. Things that were taboo in the 1960’s such as smoking cigarettes, drinking 3.2% beer and dancing were now permitted on campus. Girls’ sports became more popular and the Lady Eagles basketball team was among the top teams on the small college scene in the 1970’s.

Another important employer was Samaritan Hospital which expanded in the 1970’s. It was equipped with 108 beds and employed 150 nurses along with other onsite personnel.

The Ohio Department of Transportation office was also a large employer in town. The Ashland Fire Department employed 18 men and 45 volunteers to protect the city. In 1971, they moved into the building at Main Street and Cleveland Avenue. About 25 policemen and seven cruisers patrolled 58 miles of streets. Edgehill and Luther were still paved with brick.

If you were interested in the Arts, the symphony, vocal and instrumental performances, plays and lectures we had them here. The Country Club and other private clubs and bars were places to relax and have a cocktail. We even had a discotheque on Claremont Avenue. Brookside Park was a beautiful location for family outdoor activities as well as a fast pitch softball game or tournament. Ashland had an indoor and drive-in movie theatre and an adult ticket was about $2.50.

There were 15 realtors in town in the 1970’s. South side homes sold for $45,000 and up and typically included a living room, family room, kitchen, 3-4 bedrooms, two baths and a two-car garage. Younger families often bought older homes and remodeled them, improving the existing neighborhoods. 85% of homes were owner occupied and it became more common for both parents to work.

In 1976, one in six working Ashland County residents traveled out of the county to work. One in nine held positions in government. The minimum wage in 1977 was $2.30 an hour and wages ranged from there to $5.30 an hour for skilled labor. In May 1976, unemployment was 5.6% and the income rate was 1%.

The downtown area was prosperous but shopping shifted to malls in Mansfield, Wooster and Akron, and discount stores like K-Mart started popping up at the edges of town. Claremont Avenue became the “Million Dollar Mile” with old homes being torn down to make way for fast food options such as McDonald’s, Wendy’s, Friendly’s and Pizza Hut. A hamburger was about 70 cents.

Grocery stores migrated from downtown and local neighborhoods to major arteries at the edge of town. Kroger moved from downtown to the K-Mart Shopping Center on Claremont Avenue. The Home Company and the five and dime store had been replaced by a Ben Franklin store.

Eggs were 79 cents a dozen, a gallon of milk was $1.29, a 10 ½ oz. can of soup was 27 cents, a chocolate bar was 20 cents, a 49 oz. box of laundry detergent was $1.38 and a five pound bag of sugar was 95 cents. The 1970’s saw saccharine removed from shelves due to cancer concerns for diabetics. Aerosol cans were replaced with other packaging due to their propellants eating away at the ozone layer.

Despite the retail shift, many stores remained downtown. Gilbert Furniture, N. Strauss and Son Clothing, Met’s Auto Supply, Home Hardware, and the Preis Store were still pillars of the downtown area and generated business. J. C. Penney replaced Grants which was located at the site of the old opera house. There were concerns though that a possible US250 bypass would squash the downtown bustle.

By 1977, eight party telephone lines still existed and were in use and push button phones were becoming more popular in homes. Service was through General Telephone for about $12.00 a month.

Men still hung out at Nardini’s or the Ashland Restaurant to discuss Woody Hayes or politics which leaned more heavily toward the Republican side. Radio was still popular. WNCO played Country-Western music and on 1340 AM Gary Gott hosted a buy or sell anything show called “Anything Goes.”

Newspapers were still the most common way to follow the news. Saturday Night Live was a popular late night TV show or perhaps you enjoyed one of the many TV shows born in the 1970’s such as Little House on the Prairie, M*A*S*H*, Happy Days, The Six Million Dollar Man, or The Mary Tyler Moore Show. What about the famous phrase from Vinnie Barbarino - “Up your nose with a rubber hose!” from Welcome Back Kotter? Watching television was very popular and news shows were produced in color.

The 1970’s became an era when luxuries became more important to people. Popular Christmas gifts were smoke detectors, automatic drip coffee makers, hamburger presses, pulsating shower heads, CB radios, TV screen games, the “Big Wheel,” crepe maker pans, or a quartz digital watch. Rumor had it that someday you would only use a credit card to pay for these items because we would live in a cashless world.

Community services included Associated Charities, Ashland County Cancer Society, Ashland County Council on Aging, the Welfare Department and a few others. Clubs and fundraisers were popular. There were 19 churches in Ashland that provided Sunday services.

Ashland city/county was named an official U. S. Bicentennial community in 1976. The celebrations involved an enormous planning and time commitment from community leaders and citizens. Although it was financially draining, we celebrated with Balls, time capsules, contests, fire hose painting, historical placemats in restaurants, huge parades and band shell concerts.

Just like any other decade, there were other financial problems, growing pains and political issues along the way.

Financing public education in Ashland was controversial. Any bond issues placed on the ballot to build a new junior high school failed consistently despite the poor condition of the building. There were differing opinions on how to solve that issue along with overcrowding in some of the grade schools due to growth in certain neighborhoods.

Tearing down the old to make room for the new is always controversial and the 1970’s was a time for tearing down not only houses, but buildings too. The Society for Ashland’s Preservation was led by Elizabeth Pastor. The First National Bank building downtown, and the county jail located on “Jail Hill” at the northeast corner of Main Street and Claremont Avenue were among the buildings considered landmarks that some did not want to see torn down due to modern progress.

In 1973, the Organization of Petroleum Exporting Countries (OPEC) imposed an embargo against the U.S. that forced gas rations, closed filling stations and increased the price from 50 cents a gallon to $4. The speed limit was reduced to 55 miles per hour to conserve energy. The embargo lasted until March, 1974 but energy woes persisted throughout the decade.

A gas shortage for home heating occurred in the winter of 1976-1977 which was one of the coldest on record. Governor James Rhodes declared an emergency and asked everyone to conserve energy. Home thermostats were lowered to 65 degrees and non-essential businesses were closed. Temperatures fell to zero and below for weeks and schools were closed off and on for 17 days in January. The winter of 1978 was also memorable with an unprecedented blizzard that paralyzed most of Ohio.

In 1979, another energy crisis occurred when the world’s supply of available crude oil declined after the Iranian Revolution. President Jimmy Carter also imposed an oil embargo against Iran due to the taking of 52 American hostages. By this time, customers were looking for a less expensive option and self-service gas and cheaper and became more popular.

The Vietnam War ended in the 1970’s but U. S. involvement affected economic growth and redirected some manufacturing companies here to make war supplies rather than produce their normal products for several years. The decade was also plagued with stock market instability, higher unemployment, inflation and high interest rates. This made it difficult to save money, buy a new car or home especially for young families just starting out.

Ashland certainly wasn’t perfect in the 1970’s but it survived the many new social trends and political challenges and remained a great place to live, work and enjoy life.