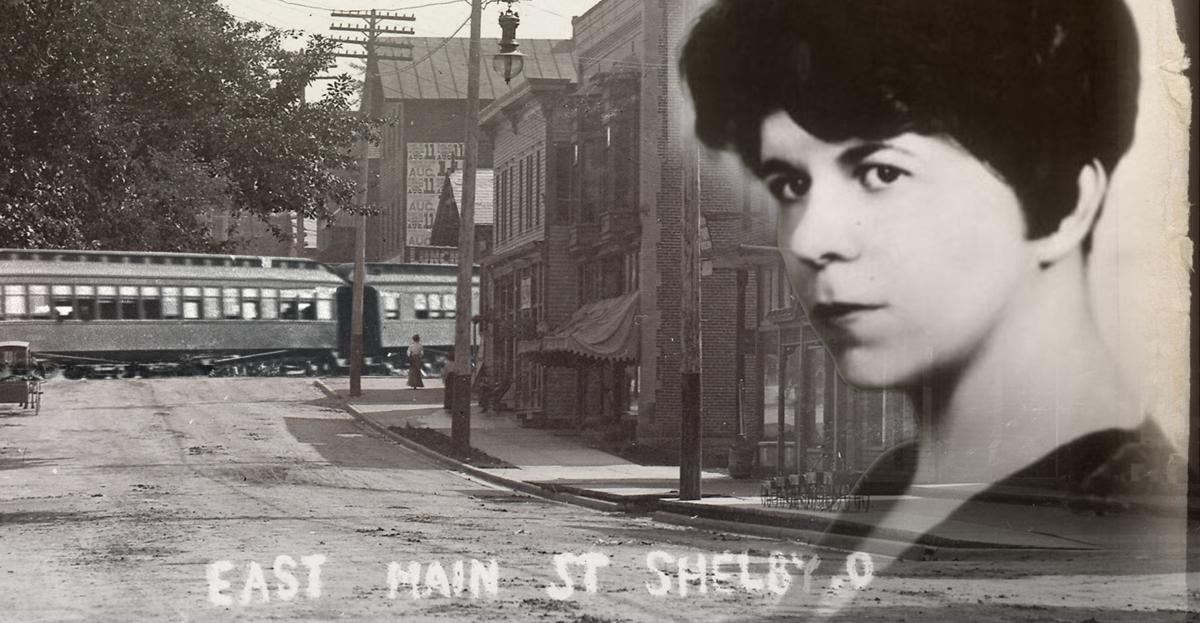 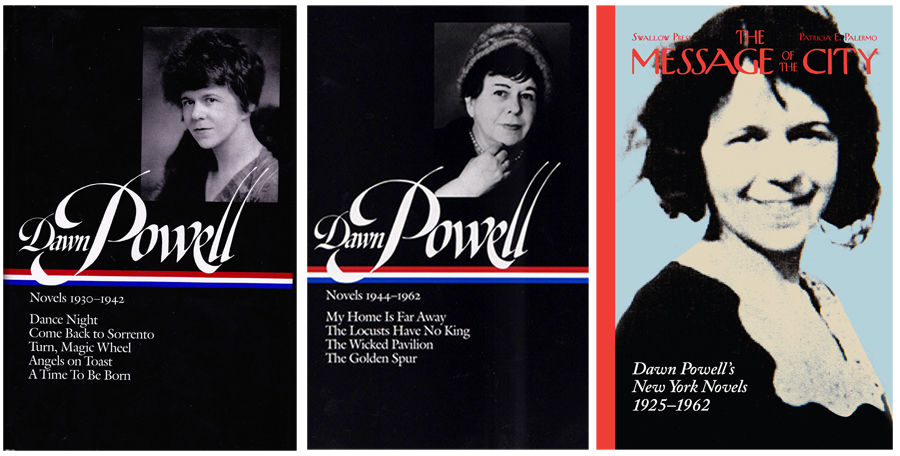 Most of Dawn Powell's books are back in print again after decades of obscurity, as well as biographies, letters and diaries. 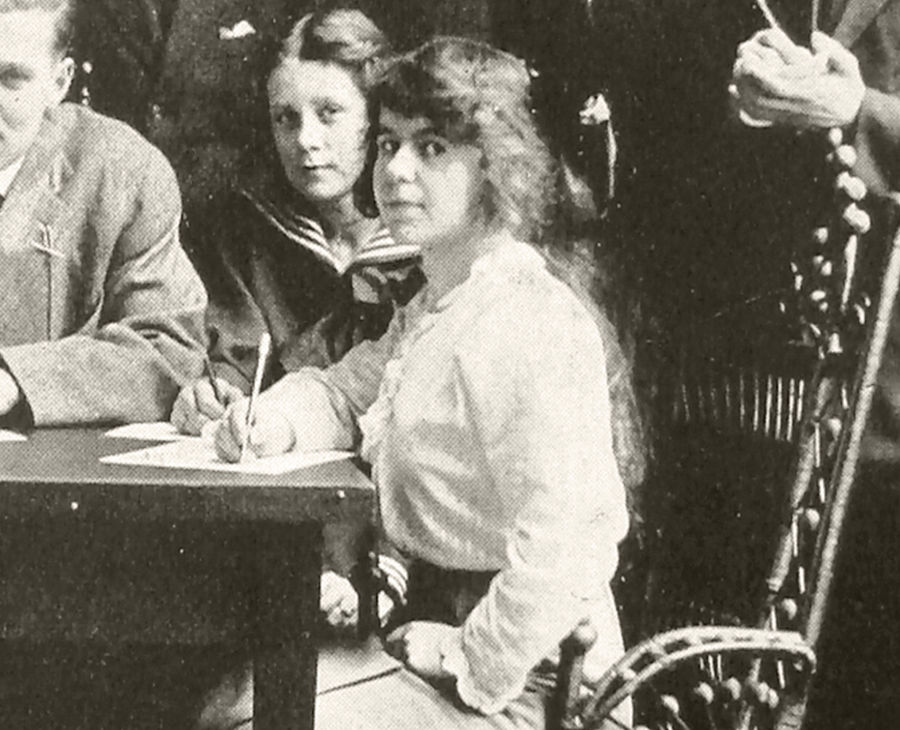 Dawn Powell graduated from Shelby High School in 1914, and her portrait appears here as a yearbook editor. 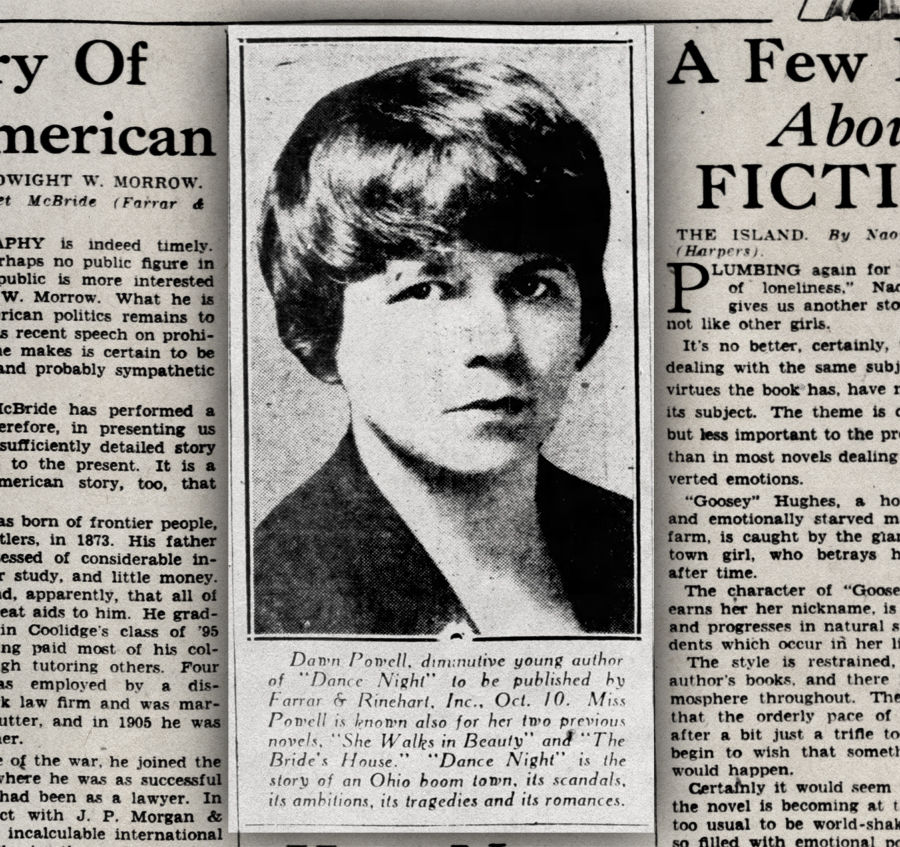 Dawn Powell's first success in NYC came from dozens of stories she saw published in romantic pulp magazines of the day like Snappy Stories.  When her first novels were released in the late 1920s her portrait was a common sight in literary columns of newspapers across the country. 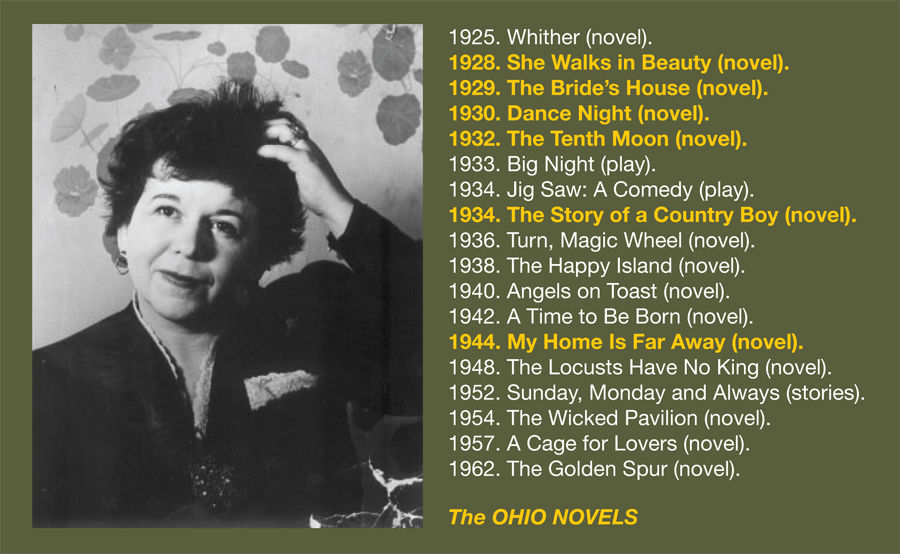 These are the original dust jacket covers of some Dawn Powell books from her 'Ohio Cycle.' 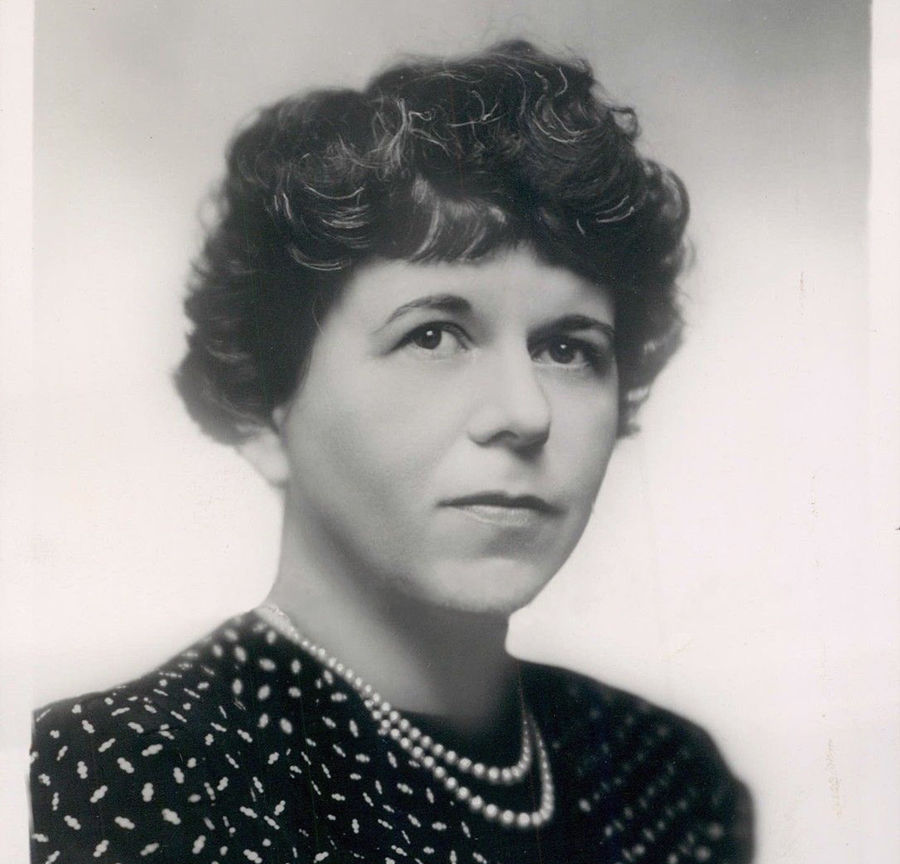 This is the portrait found on many dust jackets of Dawn Powell's books from the 1940s. 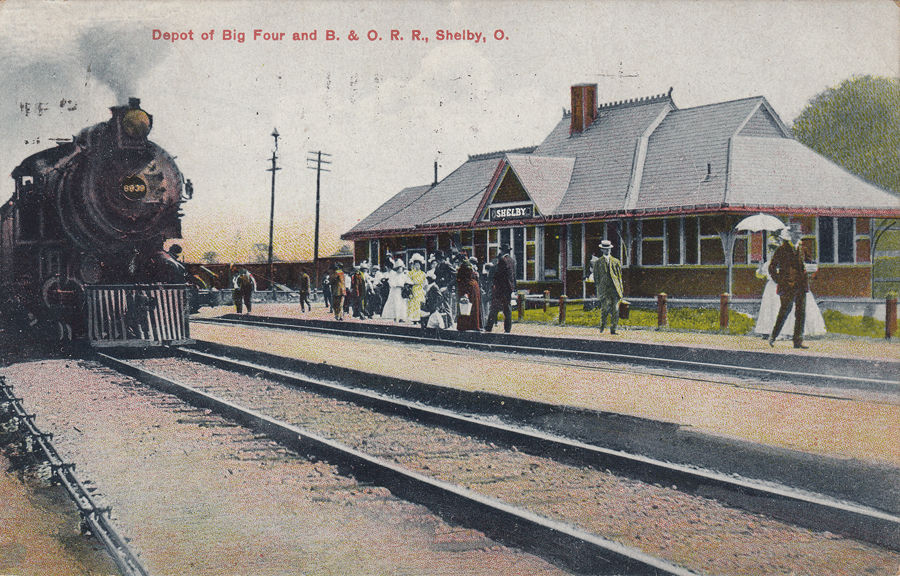 The busiest Shelby railroad station was located on East Broadway Street just a few yards away from the house where Dawn Powell lived from 1910 to 1914. 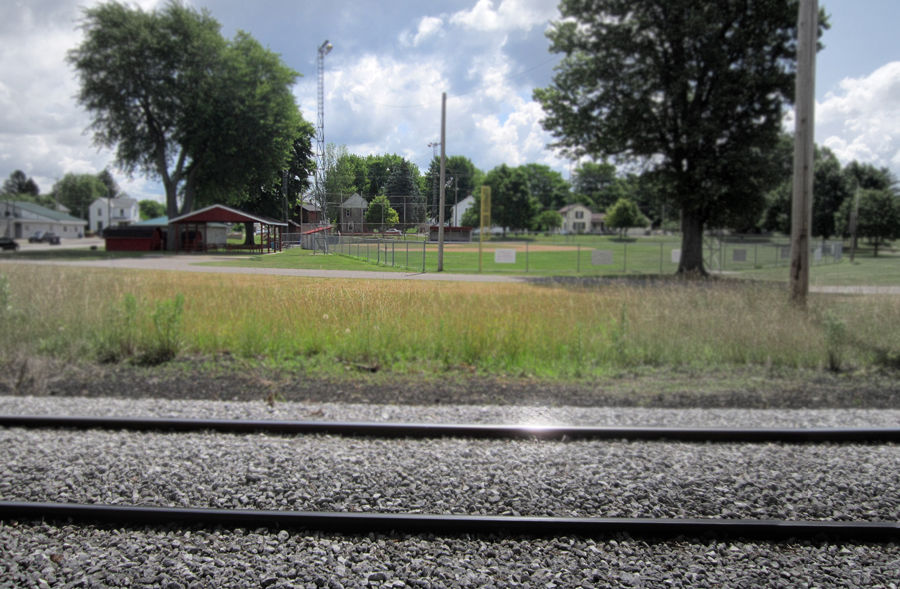 The site of the Shelby railroad station in 1910 is today where McBride Park is located.  This photo toward Broadway Street is focused on the house where Dawn Powell heard the trains every day.

At the end of her life Dawn Powell wrote, "There's something about farm life that gives you strength to run anywhere in the world.  Oh, there were always people to tell me I'd be sorry, strangers wouldn't make allowances for me the way my own folks would if I didn't make good; I'd be homesick.  But whenever I left I shut the door on that place and was never sorry, nor did I ever miss anybody I left."

She has been called America’s best comic novelist (Gore Vidal) and America’s most brilliant satirist (Wall Street Journal) in recent years, but during her lifetime she had a hard time finding readers. Especially when she wrote about Shelby, Ohio.

When opening the covers of Dawn Powell’s Shelby books it is well to keep in mind that her childhood in Ohio and her teenage years in Richland County, were not particularly the happiest of her life.

The disorientation she experienced being shuffled between relatives from town to town underlies her perspective on small town life; as well as the disappointment in family relations that undermined her faith in adults.

But once you understand this, it's simply a blast to read her stories and realize that people are still reading them today, 70 years after they were written. She has a gift for taking you to the place and the time; and when you start looking for Shelby in the first decades of the 1900s, it is a valuable and rewarding excursion.

You can tell from the tone of each Shelby tale where the adult Dawn Powell was in her life development when she wrote it. Some of the stories are sadder, more depressed, almost like therapy as she worked out of her system making sense of her childhood. These stories were written first.

But there are later Shelby stories that she wrote when her wit and skill were at their peak, and the irrepressible joy of expressing herself carries the plot and subject matter to a higher level of humor and bittersweet hope.

All of her life that was not Shelby

Dawn Powell was born in Mt. Gilead in 1896. Her mother died when she was quite young and she bounced around the relatives to live in Galion, Crestline, Shelby, Cardington and Mansfield.

When her father remarried it was to a woman whose preoccupations in life did not include her stepchildren. Young Dawn showed very early on that she was going to be a writer, and when her stepmother burned her notebooks the girl fled to live with an aunt in Shelby.

During the formative teen years, when Dawn was observing the world and first finding words with which to shape her observations, she was living on Broadway Street in Shelby. Her first published words were in the Shelby High School newspaper.

She didn’t stick around town long after graduation, but after she landed in New York City a few years later, and found her footing as a writer, her first major works all still had their feet firmly planted in Richland County.

Scholars who study the writings of Dawn Powell divide her career into two distinct categories: the New York cycle and the Ohio cycle.

Ms. Powell became widely recognized in the 1930s for her smart, sassy and sophisticated renderings of smart, fashionable and sophisticated Greenwich Village characters. Her plays were witty and sharp-edged, and one of them became a 1933 Erich Stroheim movie called Hello Sister.

Most critics who fell in love with the cosmopolitan works of Dawn Powell were willing to overlook her occasional lapses into Ohio; and they accepted the Ohio books provisionally because the writings did not particularly endorse small town life. All of her characters who were worth their ink on the page were trying desperately to escape the small town.

By the time she died in 1965, she had an amazing shelf of writing: 15 novels, 10 plays and nearly 100 stories. Her recent resurgence in popularity and the new editions of her books are almost solely driven by the New York works. But it is in the Ohio works where she really revealed her soul.

In Dawn Powell’s Ohio novels it is not too difficult to find Richland County. The small town her characters inhabit is almost always Shelby, though it may be called Birchfield, Ashton Center, or Lamptown.

The book with the most identifiably Shelby locations is Dance Night, though it probably the grittiest of them all.

Her last Ohio book was My Home is Far Away, and it is by far the most charming, spirited and witty look at her childhood memories. It also has a considerable number of references to Richland County that make a local reader feel right at home.

“There was gray train smoke over the town most days, it smelled of travel, of intercontinental trains about to flash by, of important things about to happen.”  Dance Night, 1930.

There is one aspect of the tales that, from the perspective of local history, is so valid and valuable it is priceless — worth far more than the price of admission.

That is the way she records the presence and power of trains in her hometown.

In a world that was much more quiet and grounded than we know today, she captured the sense of how much the railroad impacted their lives every day.

In Dance Night she wrote:

“The Chicago train thundered by with a fleeting glimpse of white-jacketed porters and lit-up dining cars. Morry and Jen watched it hungrily, they were on that train whizzing through Lamptown on their way to someplace, someplace wonderful, and looking a little pityingly out of their car window at a boy and girl sitting on the back steps over a saloon. The train went ripping through further silence leaving only a humming in the air and a smoky message painted on the sky.”

Trains show up in nearly all of Powell’s books, and set a tone that clearly resonates from her deepest attachments to life. The house where she lived in Shelby was within 50 yards of the Big Four railroad station, and the periodic rumbling of the earth as trains rolled through her life was a comforting, grounding aspect of Shelby.

In My Home is Far Away she wrote, “no one could be afraid with the giant trains romping in and out of the room all night — or so it seemed — and the friendly male voices outside on the train platform.”

The road not traveled

The writings of Dawn Powell are celebrated today for her cogent and acerbic response to New York City society, but she wouldn’t have had such a visceral view of the city if she hadn’t come from somewhere much more quiet.

What makes her a New York girl is the fact that she was seeing it through the eyes of a Shelby girl. She was very much aware of that. Among her last writings is this:

“In a way something like that happened to me when I ran away from Ohio. People and places froze into position and nothing I’ve seen or heard of them since makes any impression on that original picture. It isn’t that I’m crazy about the picture or even that I dislike it. It’s just that I live in that picture, whether I want to or not, when I fall asleep at night.

“It’s as if the day I left Ohio I split in two at the crossroads, and went up both roads, half of me by day here in New York, and the other half by night with the dead in long ago Ohio.”  What Are You Doing in My Dreams? 1963