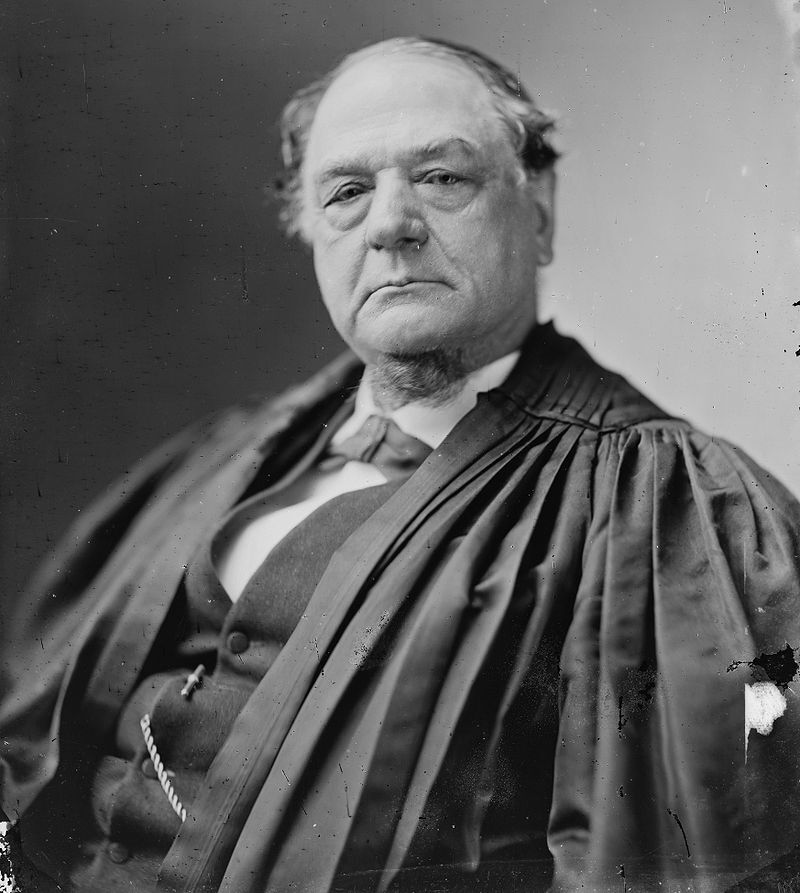 Noah Haynes Swayne was an attorney who once practiced in Coshocton before becoming Abraham Lincoln's appointee to the U.S. Supreme Court. 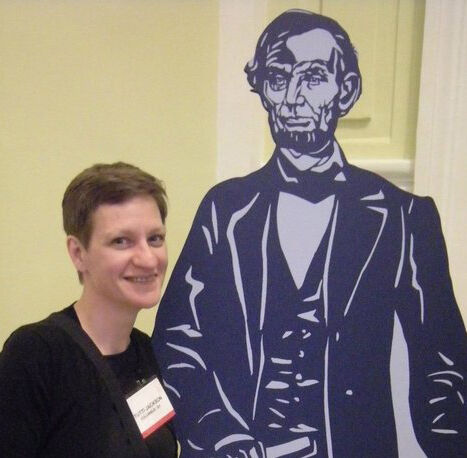 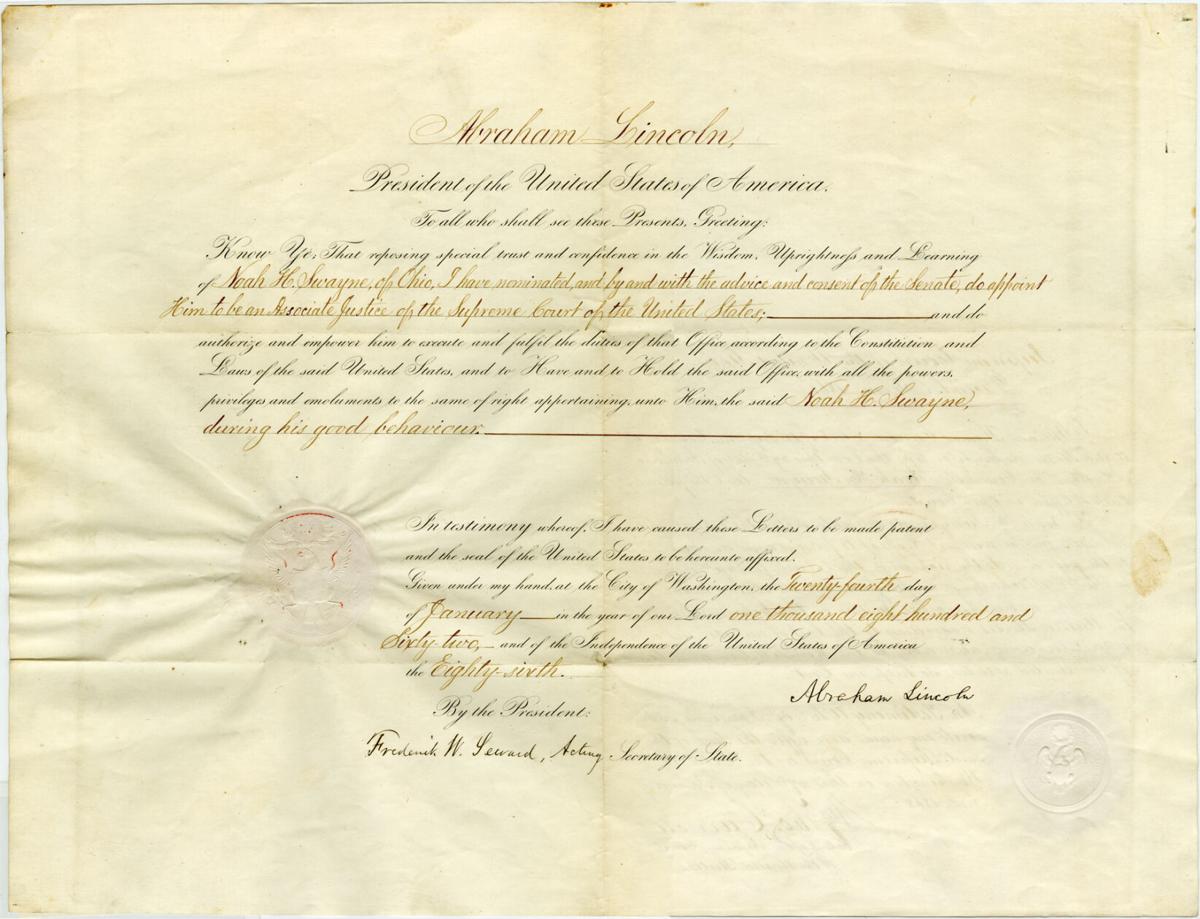 EDITOR'S NOTE: This story was originally published on Dec. 22, 2010 by the Ohio History Connection. Richland Source has entered into a collaborative agreement with the Ohio History Connection to share content across our sites. This particular piece was also enhanced with relevant data about Coshocton attorney Noah Haynes Swayne, the second Supreme Court Justice from Ohio.

As a Project Curator at Ohio Historical Society, I work with Social Studies teachers in Ohio. My job is to find and digitize primary sources in Ohios archival collections that teachers can use in actual classroom instruction. Consequently, I get to discover and share wonderful treasures all the time for a living.

Every once in a while, I come across something that speaks to the personal passion for history that led me here in the first place. As a student I developed a fascination with our 16th President, Abraham Lincoln. Maybe it was his dedication to learning or his love of books. Certainly, it came from the power of his words.

A few years ago, as I was doing research about the United States Supreme Court, I requested many items from the archives about the Ohioans who have served on our nation's highest court. One of those items was simply titled: Swayne, Noah Haynes, 1862.

Ohio's second United States Supreme Court Justice Noah Swayne had already piqued my interest. Although he was born in Virginia, he began his legal career in my hometown of Coshocton. Friendly archives staff retrieved and delivered my research requests. As I went through the materials, I slowly realized that what I held in my hands (not directly, for its protected in Mylar) was the actual Supreme Court appointment for Justice Noah H. Swayne signed by President Abraham Lincoln.

I held in my hands a document that Lincoln had held in his. I cant describe the feeling I had in that moment. I can tell you what I did. I held it up (very, very carefully) and showed it to everyone around me.

Archives provide that opportunity; so fleeting, yet so affirming, of holding a moment in history in your hands. I found Abe in the archives. What will you find?

Swayne was born in Frederick County, Virginia on Jan. 27, 1862. He was educated as a devout Quaker (the only Quaker to serve on the Supreme Court), and was admitted to the Virginia Bar in 1823. However, within a year his opposition to slavery made his position untenable, and he moved to Ohio where his abolitionist sentiments were much more widely accepted.

Swayne arrived in Coshocton and began practicing law immediately. In 1825, he was elected Coshocton County Attorney and a few years later advanced to the Ohio state legislature. In 1830 he was appointed U.S. Attorney for Ohio by President Andrew Jackson, and moved to Columbus. Swayne also served on Columbus City Council in 1834 and in the Ohio House of Representatives in 1836.

He became close friends with Supreme Court justice John McLean, a strong Ohio Republican who persuaded him to join the party in 1855. It was this connection to McLean that brought Swayne to the attention of Abraham Lincoln.

McLean suddenly died in April 1861. As a result, Swayne received the backing of the entire Ohio congressional delegation to take McLean's place.

An abolitionist from Ohio and a strong supporter of the Union as well as the GOP, Swayne fit the profile Lincoln sought. He was appointed to the high court on Jan. 22, 1862. The Senate confirmed the president's first Supreme Court appointment two days later, with only one dissenting vote.

According to the Supreme Court of Ohio and the Ohio Judicial System, Swayne's almost two-decade career as a justice of the Supreme Court was mediocre at best. His only claim to distinction was his consistent support of Lincoln's Civil War measures.

On the other hand, Nicholas Mosvick, a Senior Fellow for Constitutional Content at the National Constitution Center, argues that "Swayne may be remembered as a limited writer despite his time on the Court, but his dissent in Slaughterhouse as well as on the question of the limits of treason show his deep commitment to Republican principles he brought to the Supreme Court."